Welcome to the first of a new regular blog, written by Julian (J10), who is a member of Netweather's community team. Check in every week for his latest update on the expected and current snow conditions in the Alps and Pyranees. 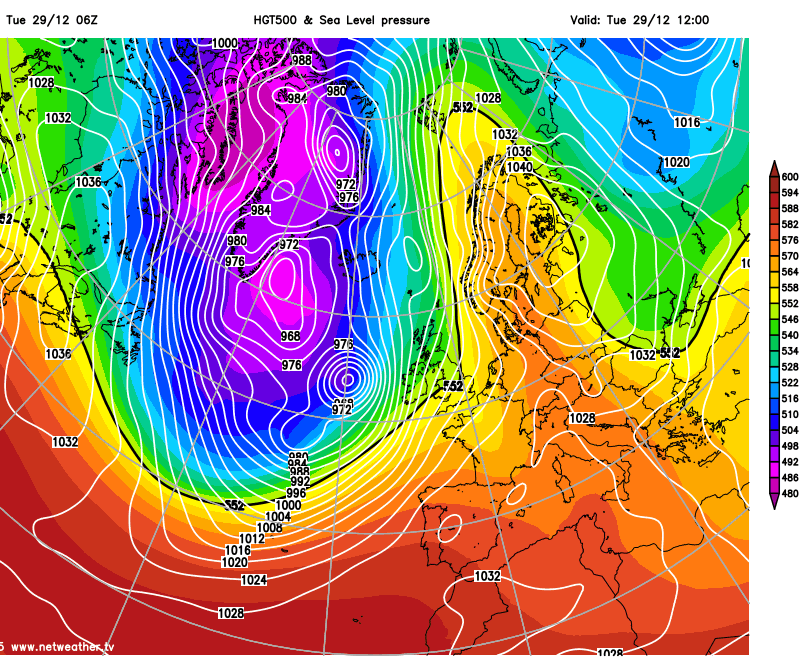 Very much a case of deja vu for much of the Alps, mild and settled with SW winds.  However high pressure over Eastern Europe is feeding in very cold air for the far east of Austria. 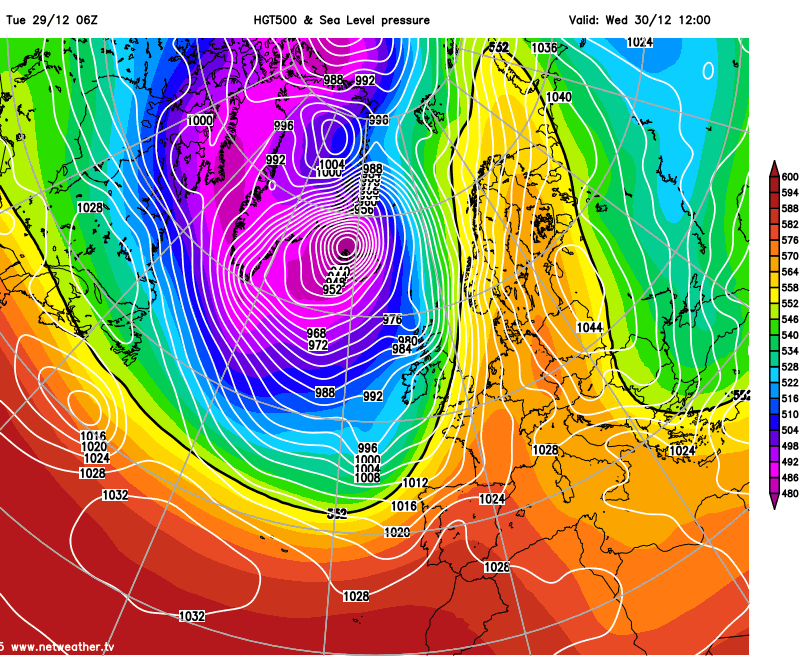 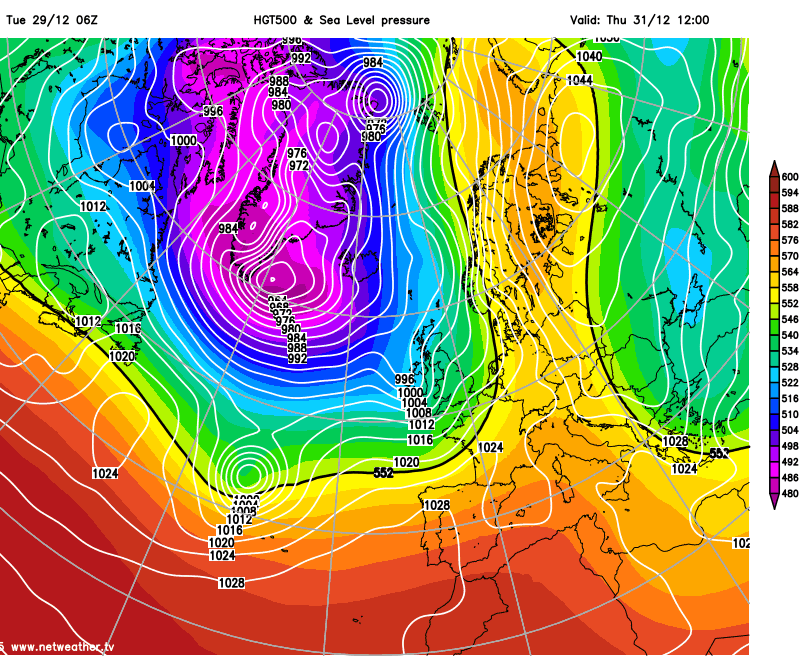 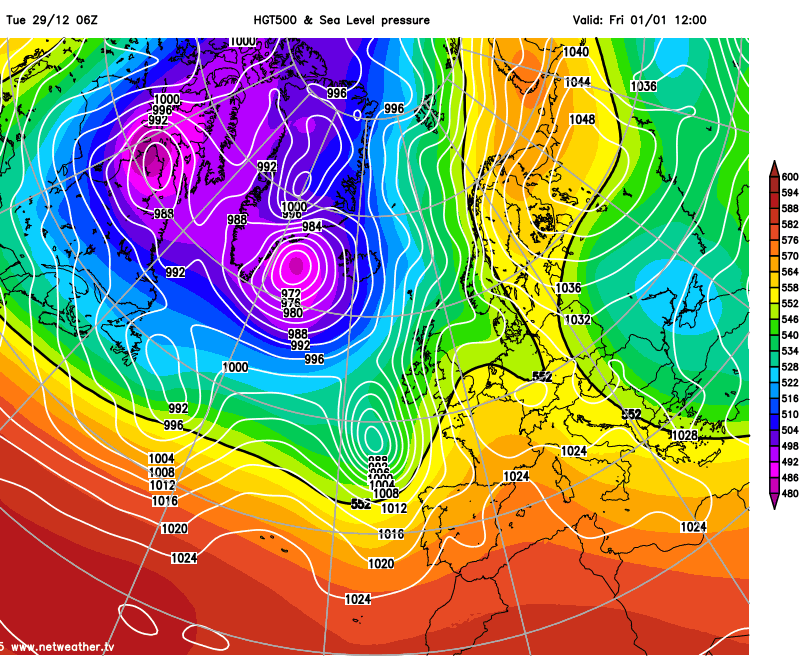 At the time of the last blog, I was discussing whether the colder weather forecast for Scandinavia would edge South Eastwards towards the Alps. It now looks like this will largely miss the Alps, with the coldest air only impacting the far east of Austria. Further west though it will turn colder with 850Hpa temps falling below zero, and some fronts are set to being a little snow to reasonable levels.

Thursday - SE winds for more of the Alps, but the coldest air always for the SE, but turning less mild generally.
For France, Switzerland For the western half of  Austria. 850Hpa temps +2c  to +4c, FL 1800m to 2200m Precipitation edging in slowly from the NW, this effecting the far NW for the afternoon and more generally across France and Switzerland by late evening. Snow levels dropping from 1800m down to 1200-1400m later in the day. Perhaps up to 20cm of snow in places.
Much Colder in E Austria with SE winds. 850Hpa temps -7c (SE) to +1c (Central Austria), FL 0m (E Austria) to 800m (Central Austria)

Friday - Winds E to SE generally across the Alps, but the coldest air always for the SE, but continuing to turn a little colder turning generally.
The overnight precipitation continuing to edge east across the Alps, tuning much drier for France and Switzerland, with the heaviest precipitation for Austria during the late morning and afternoon tuning drier into the evening. Snow levels dropping from 1200m down to 600-800m later in the day and to sea level in the far East. Perhaps up to 10-15cm of snow in places.
850Hpa temps generally -2c to -5c, always colder to the east but perhaps +3c in far SW. FL at sea level far east of Austria 1200m-1500m generally elsewhere, but 1800m far SW.

Precipitation
These charts show the precipitation moving wet to east, starting midnight into Thursday and lasting until Friday evening. 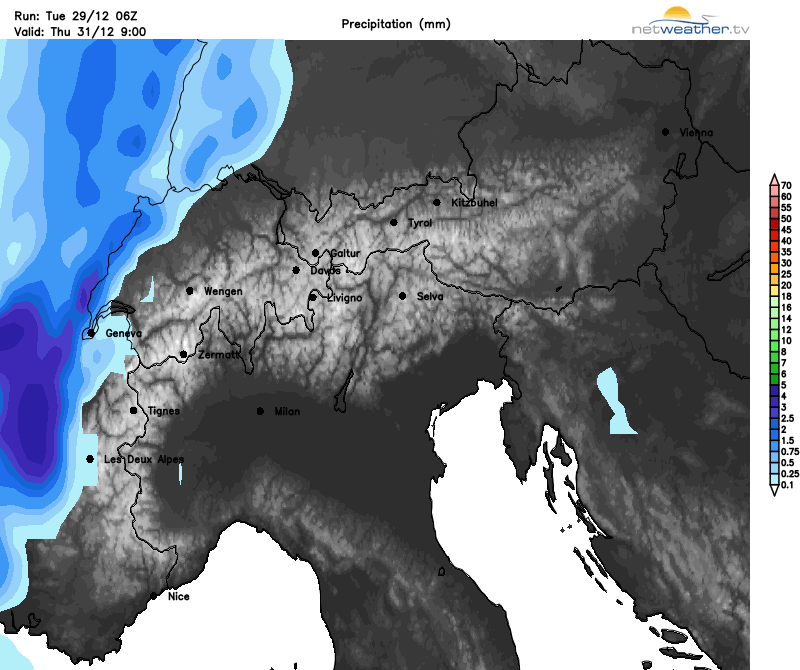 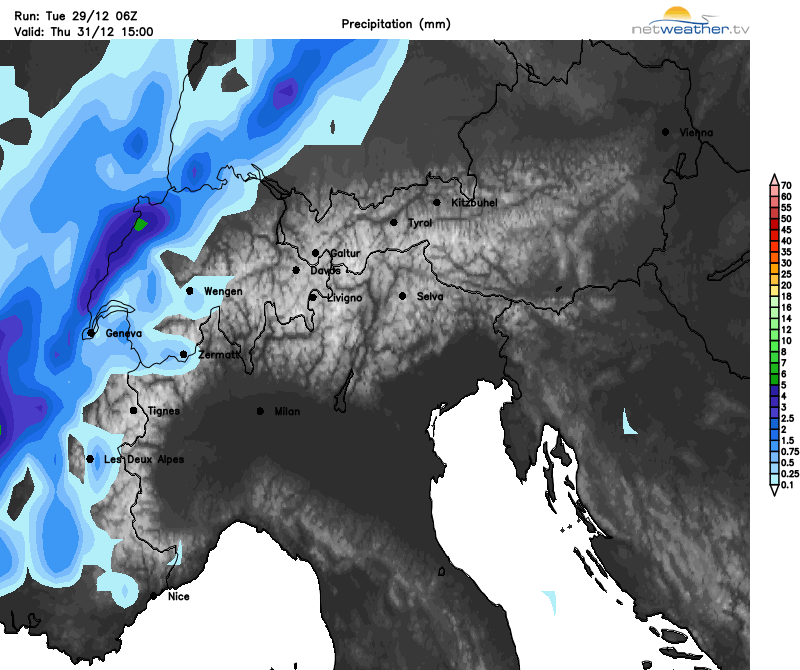 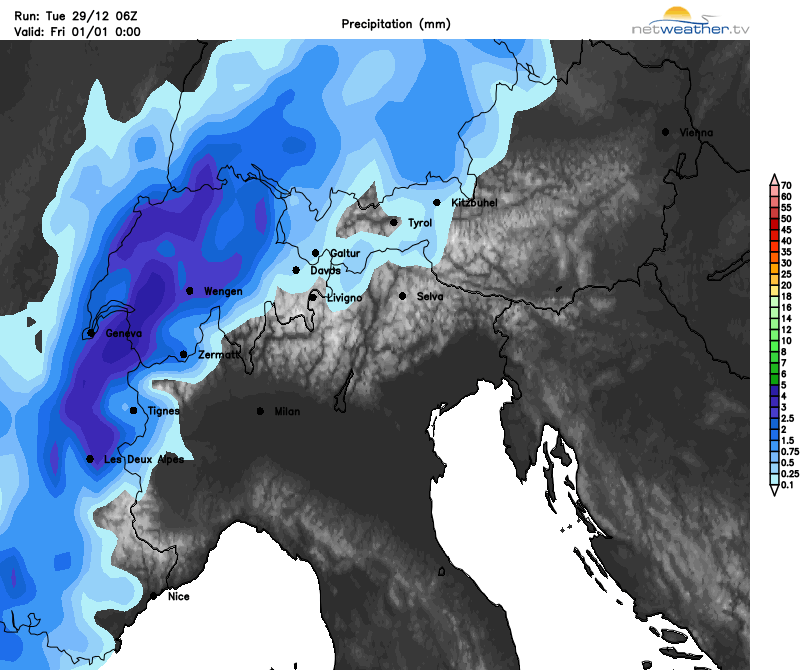 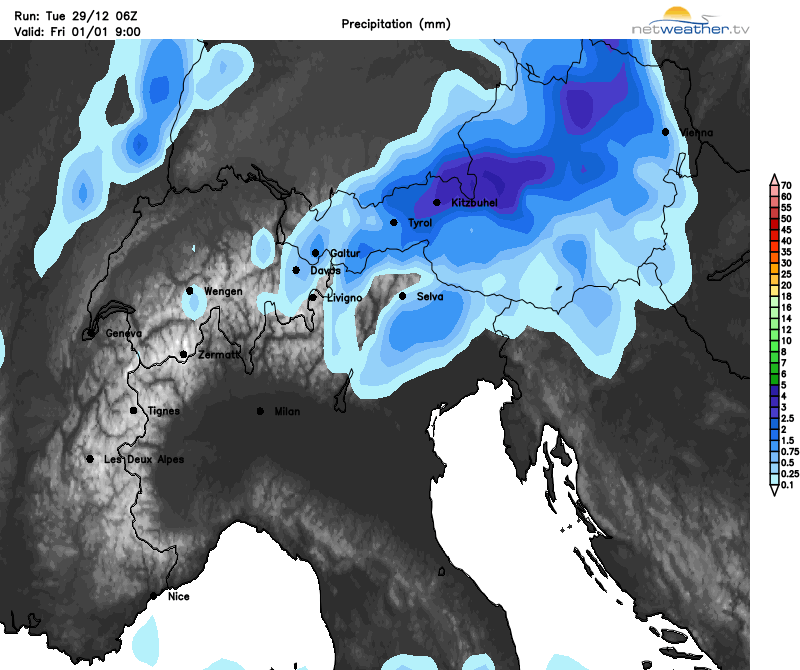 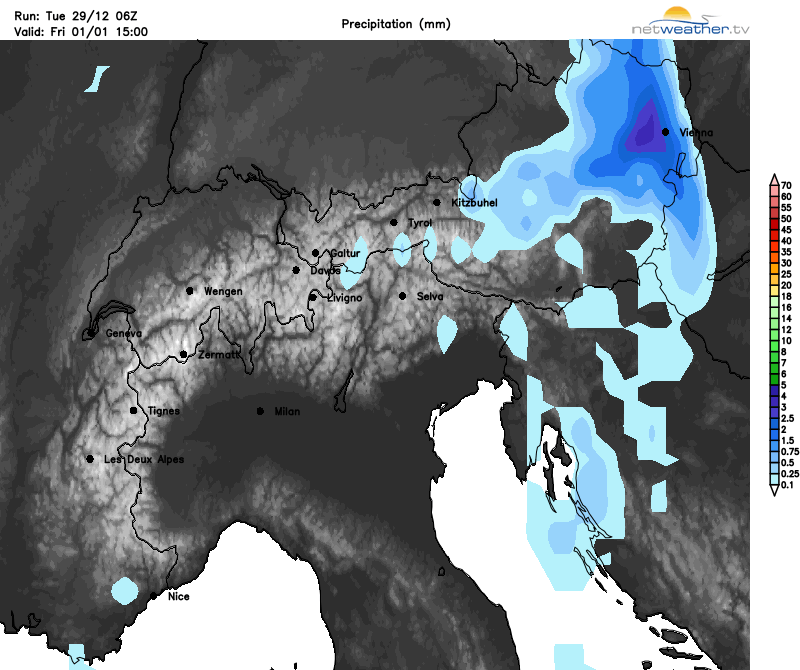 Summary
Turning a little colder with some fresh snow across the Alps, perhaps with up to 20cm in places, not enough to transform conditions, but it should help. Also with colder conditions, it should make snow making equipment more effective.

Outlook
Staying a bit colder into the weekend, with 850Hpa temps below zero, however perhaps turning much colder from the East. Detail is uncertain, but further precipitation is possible over the weekend into next week.