Heavy rain, gales and snow on the cold vs mild battleground

We have a three-way weather split in play across the British Isles today, cold with sunny spells and a few wintry showers to the north, mild with some bits and pieces of rain to the south, but it's in between as the cold and mild airmasses collide where the action is taking place.

Unfortunately, most of that action is in the form of rain, and again the wettest spots are likely to be in northwest England, and also north Wales. Rain totals of 25-50mm are likely in places, perhaps up to 80mm over the high ground, which isnt going to help the flooding situation. 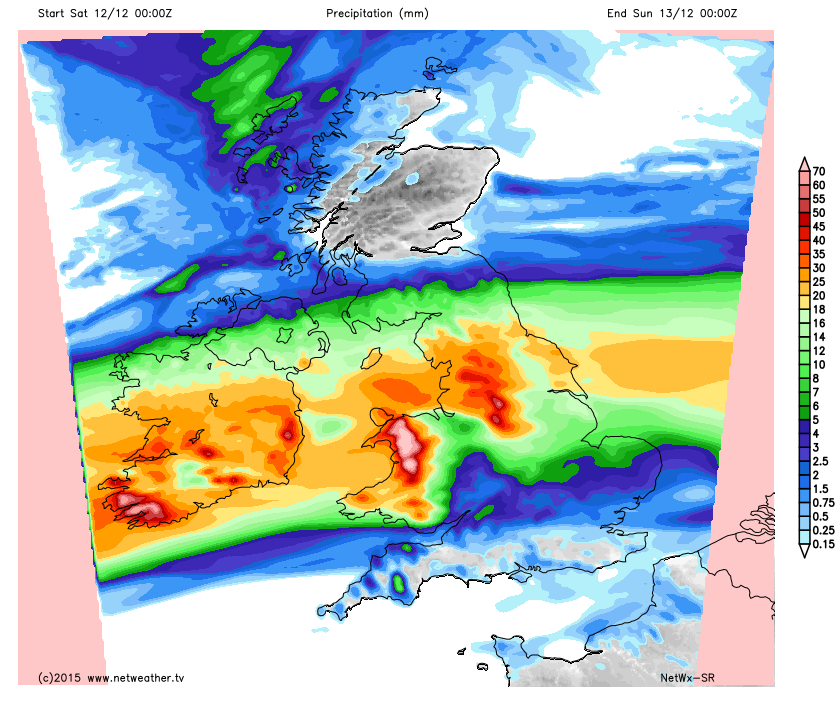 The rain is the main part of the story, but it's certainly not the only part, because with some colder air in the mix there is also the risk of snow. This will chiefly fall over the higher ground of northern England and southern Scotland, where some disruption on higher routes is a possibility. The band of rain, sleet and snow then clears away during the second half of today, just leaving southern England to see some patchy rain by tomorrow morning. Along with this, winds will be blustery with gales close to the coast in Wales particularly during the first half of the day.

With the rain, sleet and snow clearing by this evening, and colder air in situ over the northern half of the UK, a widespread frost is likely from the midlands northward, with temperatures really taking a tumble in parts of northern England and Scotland. 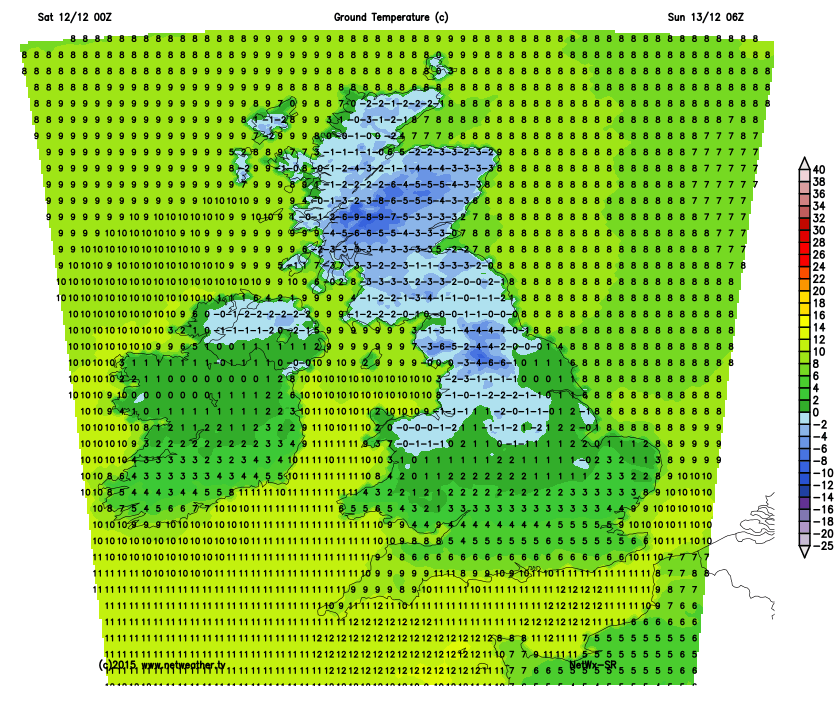 After a chilly, potentially icy start for many away from southern England on Sunday, the front on the dividing line between the colder and milder air turns tail and starts to push north again. That'll be bringing rain with it, mostly patchy at first as it clears through southern and central regions, but tending to pep up as it moves into northern England, and then as it moves north through Scotland into the evening and bumps into cold air, it's likely to turn to turn to snow once more. There's some uncertainty over the northern extent of the rain, and therefore the risk of snow, but something to keep an eye on.

Looking ahead into next week, it'll probably not be a shock to know that the milder air will win out, although it'll take a little while to get it's way into the far northeast. We'll be seeing more spells of wind and rain too, and watch out for the middle period of the week as while we'll continue to see some wet, windy weather, it could become exceptionally mild for the time of year again, with highs into the mid-teens in southern and central parts..

If you're wondering about the Christmas period, check the Xmas forecast, which is being updated frequently between now and Christmas eve.