Brace Yourselves In The North, Storm Abigail Arrives Tonight

Storm Abigail, the first Atlantic storm to be officially named by the Met Office, looks to bring violent winds to the far north of Britain later today and overnight into Friday, with gusts of to 80-90 mph. Abigail is currently winding up to the west of Ireland this morning, continuing to deepen as it sweeps northeast towards the Faroe Isles by midnight.

However, this morning, all is calm before the storm across most parts, with many areas bright or sunny with a southerly breeze. The exception is across NW Scotland, where there’s thicker cloud and outbreaks of rain. It will remain bright or sunny for much of the day across central, southern and eastern England. But cloud will increase further north and west after a sunny morning, with outbreaks of locally heavy rain and strong winds spreading east in across Ireland, Northern Ireland and Scotland later this morning and through the afternoon, before reaching NW England and Wales early evening. 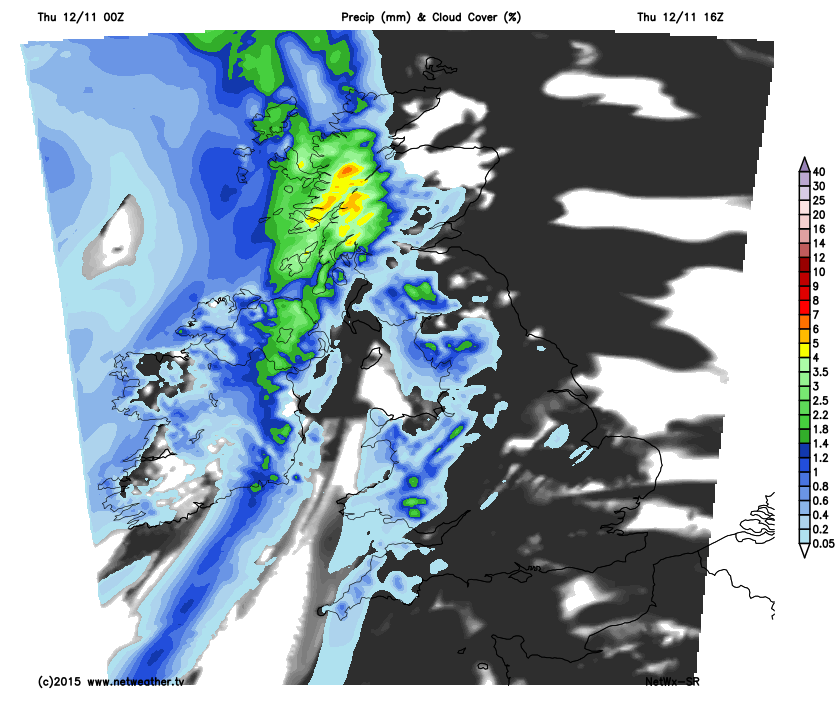 Squally winds in the rain will reach gale force around western coasts before strengthening further tonight. Temperatures reaching 13-15C across England and Wales this afternoon, 11-13C across Scotland and Northern Ireland. 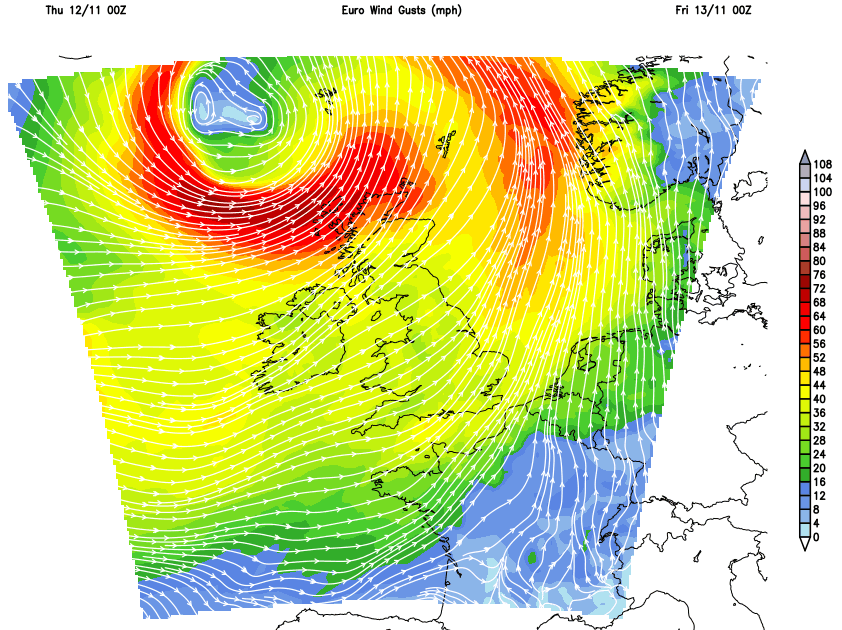 Then a windy night to come, particularly across the north, as Storm Abigail really makes itself known as it draws close to the northwest of Scotland. So the far north and northwest of Scotland will see strongest winds with severe gales or storm force winds, top gusts reaching 80 – 90 mph across the Hebrides, the Northern Isles and perhaps the coasts of mainland northern Scotland. The strong winds across Scotland will be accompanied by outbreaks of rain or squally showers, which will turn increasingly wintry, with snow over higher ground as colder air sweeps in from the west. Cloud and patchy rain will clear southeast further south overnight, followed by colder and clearer but showery conditions, showers most frequent in the west.

A colder day on Friday, made more noticeable by how mild it has been lately. It will be a windy day too, with severe gales in the north and gales possible elsewhere. The strong winds blowing in frequent heavy and blustery showers across northern and western parts, which will fall as snow across higher ground of Scotland and the far north of England. There will be some sunny spells too, with central and eastern England perhaps escaping most the most of the showers with the best of the sunshine. 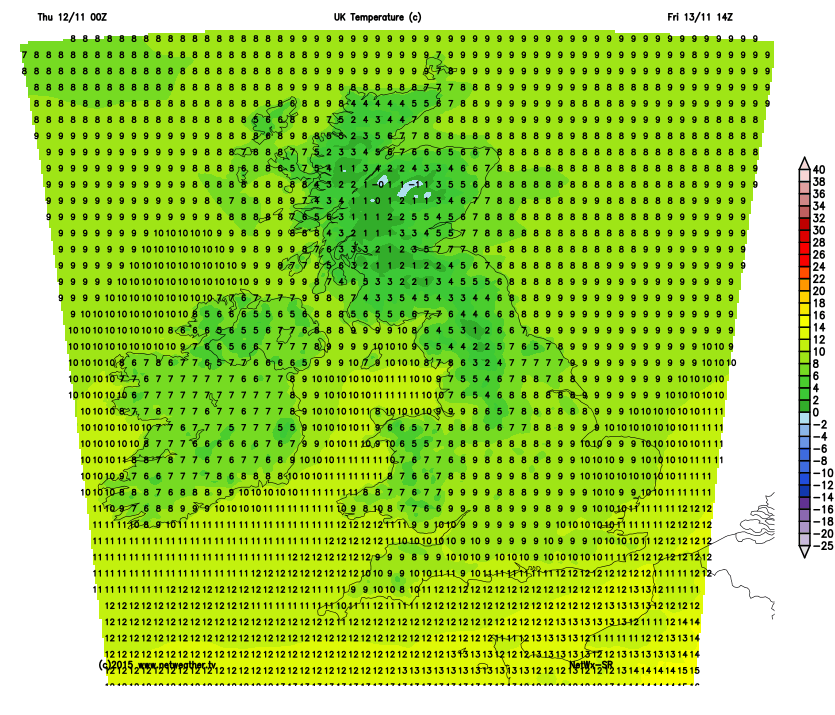 It won’t be particularly cold for November, though the strong wind taking the edge of the temperature reaching 7-9C in the north, 10-12C in the south.

It  remains windy through the weekend, as another Atlantic weather system arrives, with more rain arriving during Saturday across many parts, after perhaps a bright or sunny starts. This next system will bring milder air and will also have a lot of moisture in it. So heavy rainfall is likely, particularly over western parts – which raises concerns for flooding, given how saturated the ground is now. Further rain is likely on Sunday across central and northern areas, drier but perhaps staying cloudy in the south.

Remaining unsettled next week, with further spells of wind and rain at times, generally mild but turning colder at times across the north.

After Abigail, next Kate not BarneyVideo: Storm Abigail heads towards NW ScotlandStaying mild until Storm Abigail arrivesWhere do the Storm names come from?