Wednesday saw a day of contrasts, with an area of persistent and heavy rain moving in across southern and eastern England east of a line from Plymouth to Hull bringing a miserable day - while further north and west saw a drier and sunny day. The heavy rain that moved across the southeastern quarter of Britain yesterday was fuelled by the remnants of Tropical Storm Henri, bringing 20-30mm (around an inch) quite widely, with the Isle of Portland in Dorset seeing 37.6mm,

The remains of Henri are over the North Sea now, a day of sunshine & showers 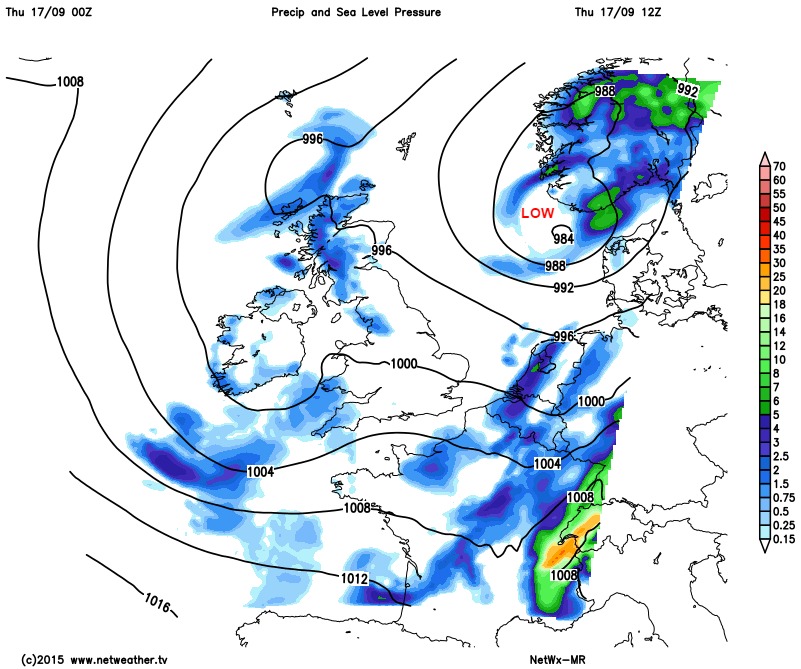 The low that brought yesterday's rain has now moved out into the North Sea, with a fine, dry and sunny start this morning across much of England and Wales. There will be scattered showers developing through the day across Wales and western England with sunny spells in between, but further east looks like staying mostly dry and sunny. Showery day for Scotland, with showers from the word go this morning from the Central Belt across the Grampian Mountains up towards the Moray Firth, these will continue through the day, perhaps turning heavy and thundery in places. A band of more persistent rain affecting NW Scotland this morning turning showery as it heads southeast across western Scotland. Showers developing across Northern Ireland and Ireland through the day too. A cool day, temperatures reaching 18C in London, 17C in Cardiff, 16C in Manchester, 15c in Belfast and Glasgow.

A band of heavy thundery showers or longer spells of rain arriving across Northern Ireland and southern Scotland this evening will spread southeast across northern England and north Wales through the night. Elsewhere, a few showers perhaps affecting SE England, but otherwise mostly dry with clear spells leading to a chilly night, with mist or fog patches developing. 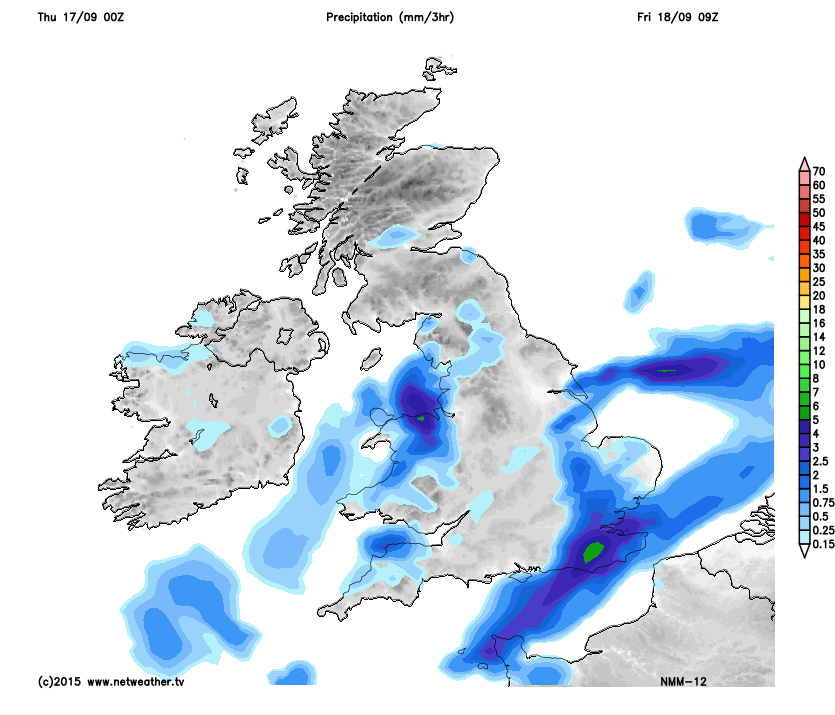 High pressure arrives for the weekend, chilly nights and mainly dry until later on Sunday 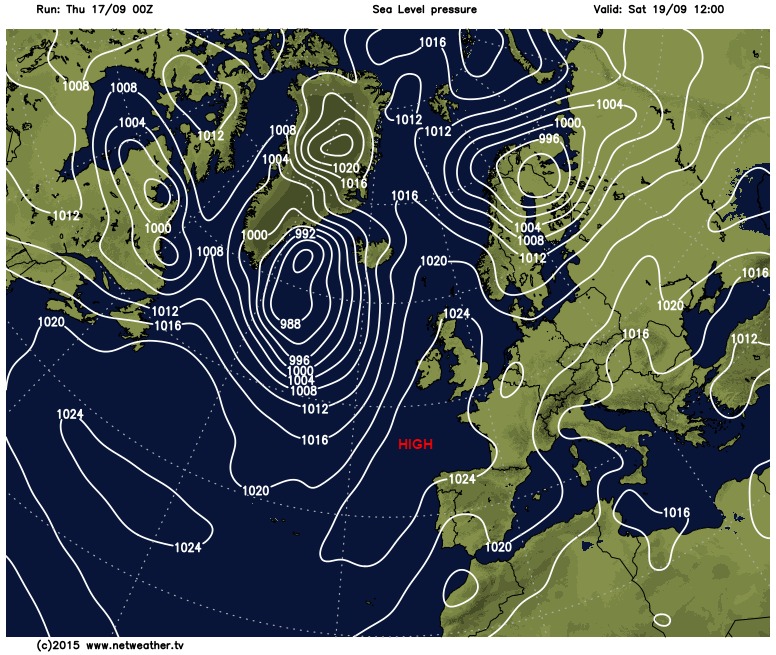 A ridge of high pressure builds in from the southwest on Saturday, so it's looking like a mostly fine and dry weekend. The nights will be chilly though, with mist and fog patches developing to look out for in the mornings. So sunny for most both Saturday and Sunday, with temperatures generally reaching 17-19C, a tad cooler in the far north perhaps. A change across the far west later on Sunday though, with cloud thickening from the west across Ireland and Northern Ireland in the afternoon, with rain arriving in the evening.

Some uncertainty for next week, but it looks like an unsettled start to the week, with showers or longer spells of rain, then a drier end to the week as high pressure builds in from the southwest.