With a deep area of low pressure passing close to northern Scotland, it feels more like autumn in the north today where we will see strong winds and showers. Southern areas will be mostly fine and dry, but an area of low pressure in the SW approaches later on will move NE just south of southern England, bringing heavy rain and increasingly strong winds to southern areas, so not exactly high summer weather here tomorrow either.

Low pressure to the north brings gales today, another low heads in from the southwest tomorrow 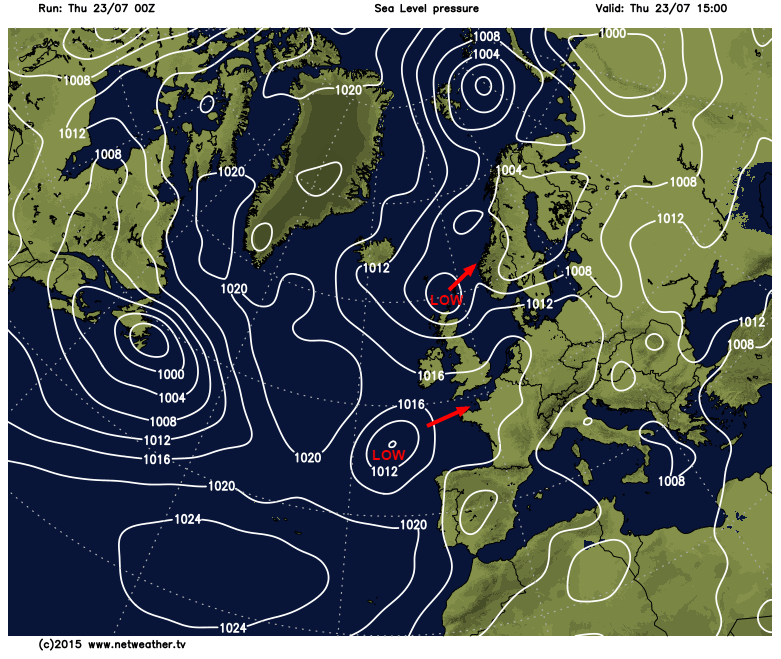 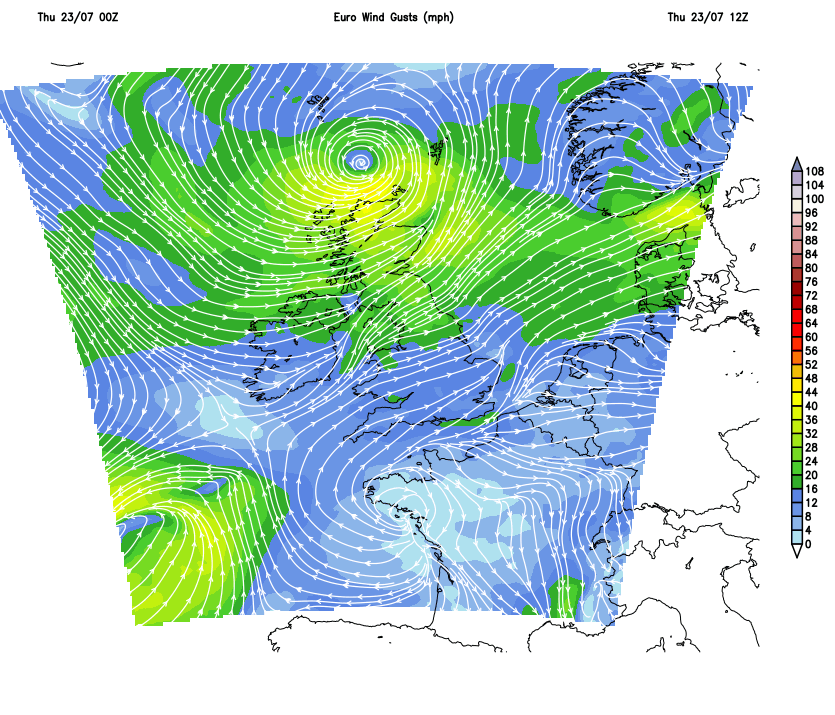 For Thursday, strong to gale force westerly winds across the far north will feed in heavy showers across western Scotland, where it will feel cool in the wind, drier with more in the way of sunshine across eastern Scotland. Some scattered showers blowing in on the breeze also affecting northern England, Northern Ireland, Wales and SW England through the day, but generally lighter here and some places will stay dry. The Midlands, central southern and eastern England mostly dry with sunny spells and lighter winds. Temperatures reaching 21C in London, 20C in Norwich, 17C in Cardiff, Manchester and Belfast, 16C in Inverness, 15C in Glasgow - so pretty disappointing for late July.

Then a cool night tonight everywhere, winds and showers easing across the north, otherwise moslty dry with clear spells elsewhere, cloud increasing and rain arriving across SW England and perhaps south Wales later in the night. 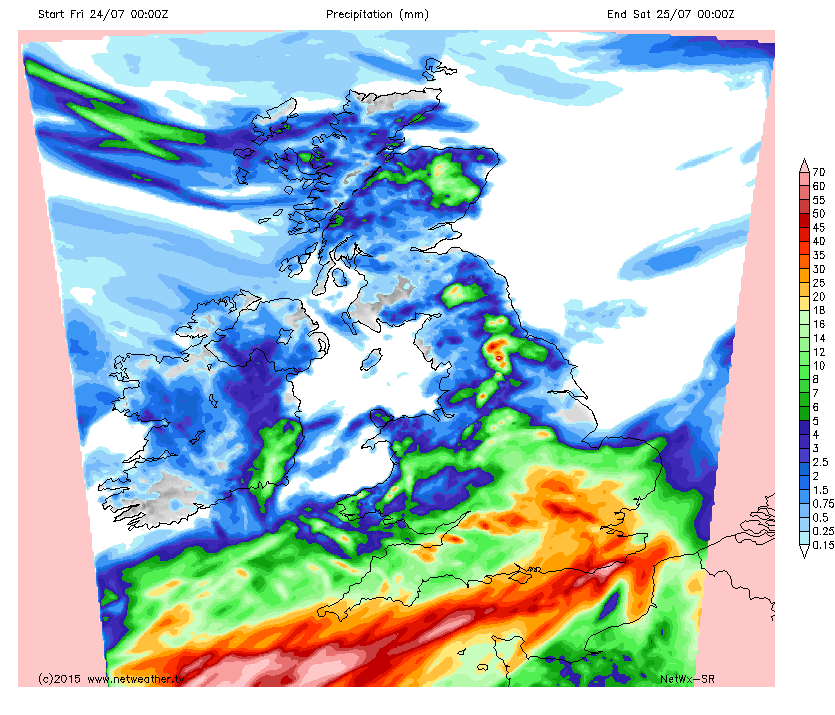 An area of low pressure over northern Bay of Biscay then drifts northeast along the north coast of France on Friday, with rain already across southwest Britain at breakfast time spreading further north and east across England and Wales through the day, locally heavy in the south and accompanied by a strengthening wind. Some uncertainties still over the northern extent of the rain, though roughly south of a line from The Mersey to The Humber seems likely to have a miserably cool, wet and increasingly windy afternoon more akin to autumn. Further north, sunny spells and slow moving showers. Disappointing temperatures again, reaching 19c in London, 16C in Manchester and Glasgow, 15C in Cardiff and Belfast.

The heavy rain clears to the east on Saturday, leaving a mainly bright day with some showers 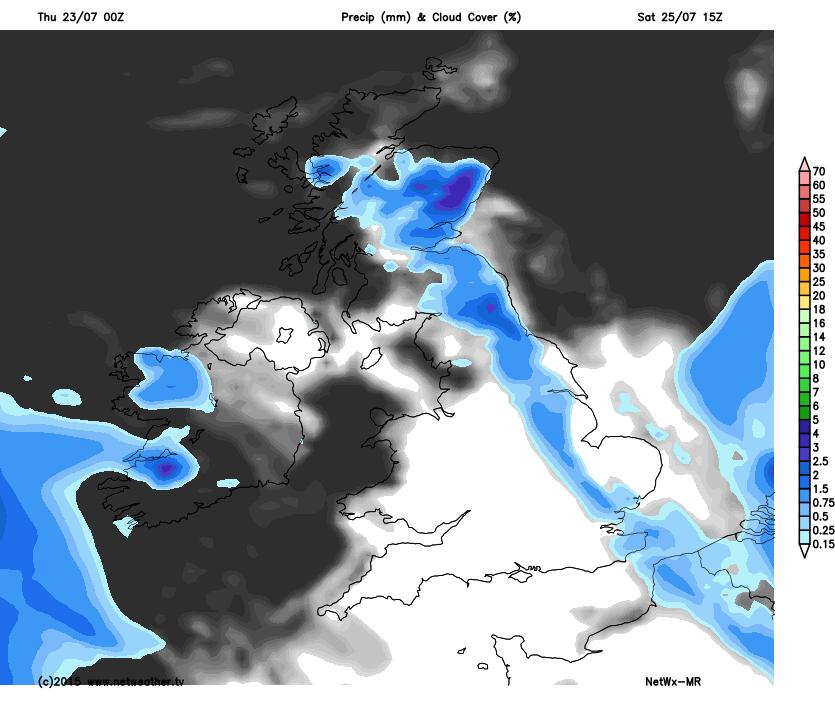 Rain over England and Wales Friday eventually clears east in the early hours of Saturday, but a strong northerly wind develops as it does so.  A cool and bright start to Saturday, though Friday's rain perhaps still hanging on across East Anglia and Kent before clearing around lunchtime. Most places dry and sunny in the afternoon and feeling warmer than Friday, though a zone of showers looks likely to develop across eastern England and eastern Scotland.

After another chilly night, Sunday morning dry and bright in the east, but cloud, rain and strengthening winds moving in across the west before spreading across all parts during the afternoon ahead of an area of low pressure moving in from the west. low pressure crossing the UK later on Sunday into Monday, so rain replaced by sunshine and showers and a cool westerly or northwesterly wind to start the new week. It looks like staying unsettled through next week too, with spells of rain at times. Warmest towards the southeast.