Fine For Many, Rain For The North Tonight & Friday

Following a rather cold night for early July, especially in the north and west, with temperatures falling as low as 0C in Humberside and 1C in Northern Ireland, the chilly start should quickly fade into a fine and pleasantly warm sunny day for most. 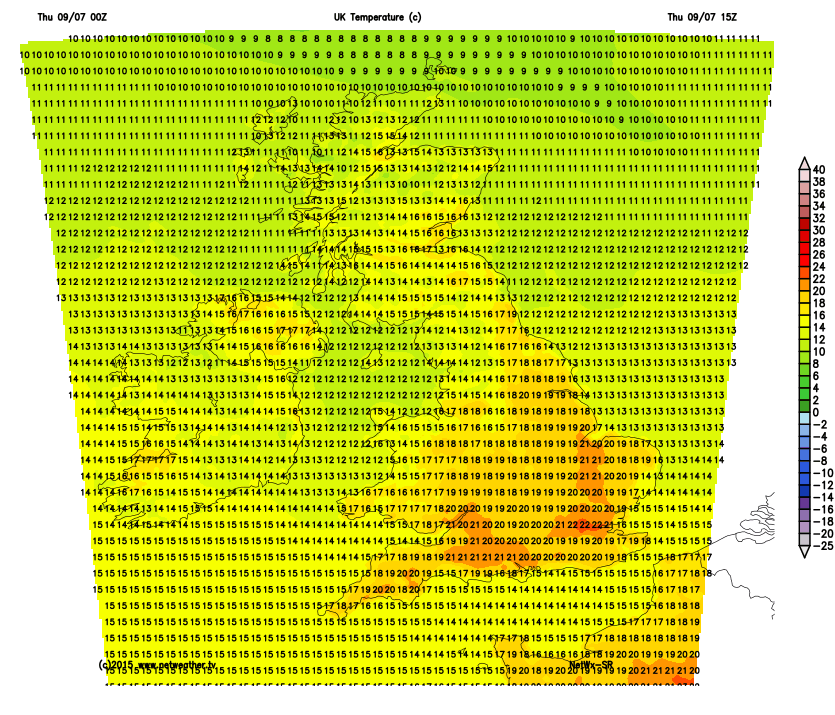 Many places have blue skies this morning away from the far north and west, so the early July sun should quickly warm things up after the nippy start. Most places will stay dry and fine with plenty of sunshine on offer for the rest of the day with just some fair weather cloud bubbling up, so no problems today from the weather for The Ashes First Test cricket at Cardiff and tennis at Wimbledon. The exception will be across northern Scotland – where we will see thicker cloud and a few showers developing this afternoon, and across Ireland and Northern Ireland we will see cloud thicken from the west, bringing some rain later.  Feeling a little warmer today with lighter winds, temperatures reaching 13-14C across northern Scotland, 15-16C through the central belt of Scotland and over Northern Ireland, 17-19C across much of England and Wales, perhaps 21-23C across SE England and East Anglia.

Rain arrives for the northern areas of the UK tonight 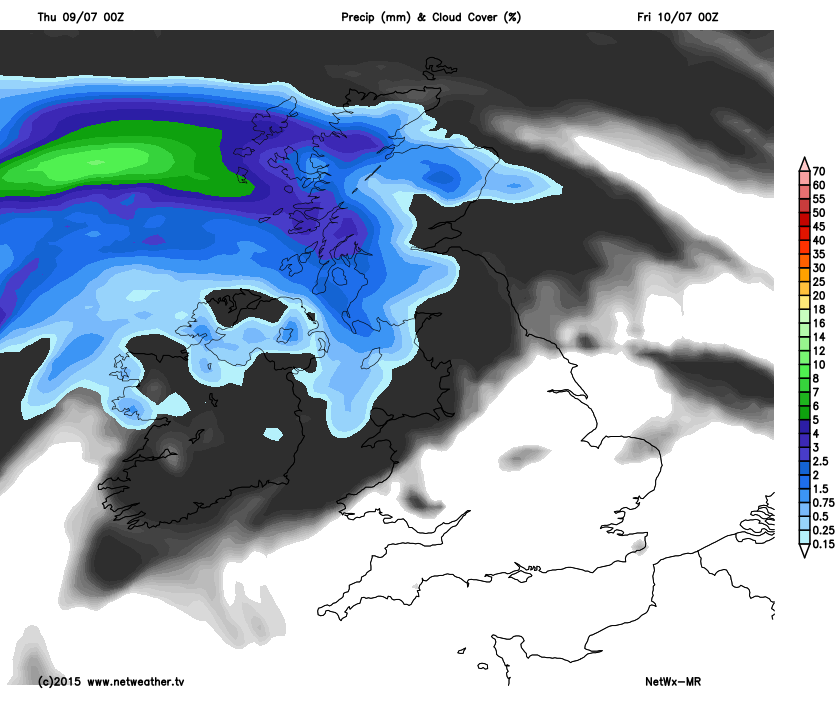 Less cold tonight than last night with a milder southwesterly flow developing. Low pressure to the northwest of Britain will spread weather fronts east across northern areas overnight, so cloudy and breezy with outbreaks of rain moving from Ireland and Northern Ireland east across Scotland, northern England and the far north of Wales. Further south across rest of England and Wales, it will remain dry with lengthy clear spells.

A rather cloudy and cool day across the north on Friday, though overnight and early morning rain should become increasingly confined to the west of Northern Ireland, the far north and west of Scotland through the day. Further south, much of England and Wales away from the far north of England will have another fine day with warm or very warm sunshine. Temperatures reaching 14C in Aberdeen, 17C in Glasgow, 19C in Belfast, 21C in Cardiff, 24C in Manchester and Norwich, 27C in London. 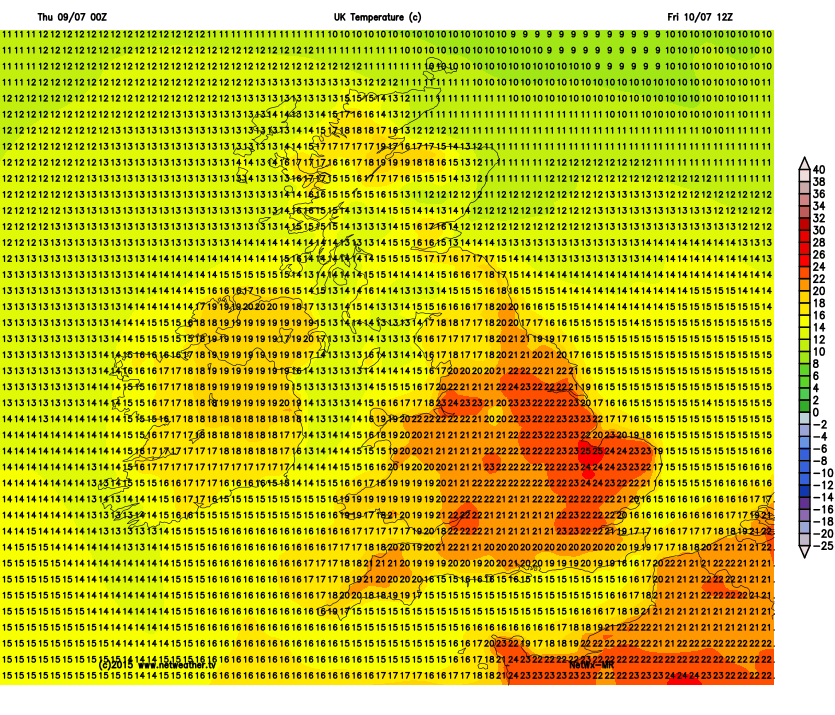 A cold front crosses west to east across the British Isles Friday night, bringing more rain east across northern areas, but little rain along it across southern areas . Fresher but changeable conditions following from the west for the weekend. Saturday is looking mostly dry and bright or sunny for central, southern and eastern areas, cloudier with showery rain at times across northern and some western parts, which will spread southeast across southern areas Saturday night, with cloud and rain lingering here through Sunday, as a frontal wave develops, brighter with a few showers for central and northern parts.