The last few days of Glastonbury, The Goodwood Festival of Speed and London Pride tomorrow, to name but a few outdoor events over the weekend, will see mixed fortunes weatherwise. Today it should be mostly dry and sunny but tomorrow there is a risk of some showery rain for many events, particularly in the morning.

Hotting up next week 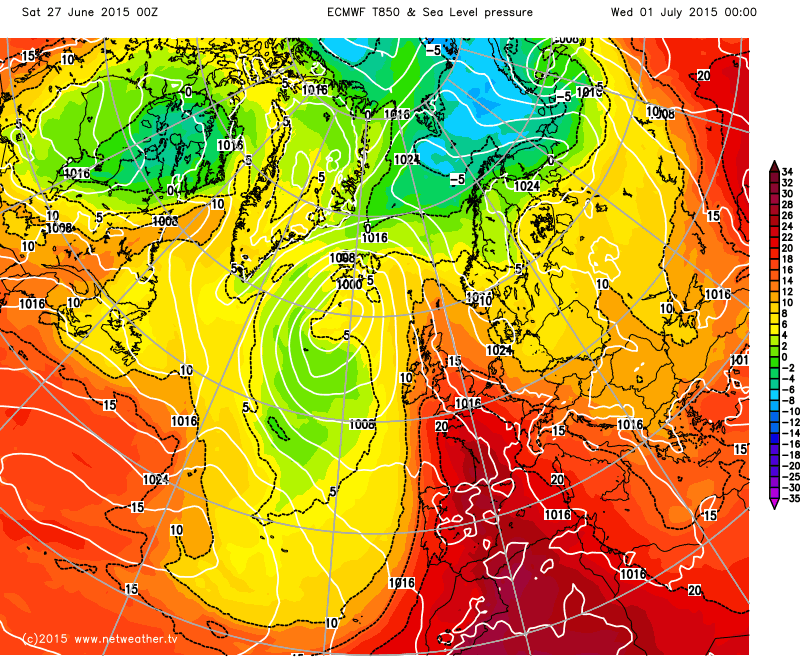 Yesterday we saw the hottest temperature of the year so far, close to 28C recorded just east of London, thanks to to some clearer skies across the southeast of England. But next week will likely see even higher temperatures as we head into the first few days of July, after a June that has been characterised by average or below average temperatures. Parts of Spain and France are expected to see temperatures soar towards 40C by the middle of next week and this hot airmass looks like to spread north across the UK, bringing temperatures into the low 30s across southern Britain on Wednesday and Thursday accompanied by some sultry and humid nights.

For now, Saturday looks set fair across many areas of the UK, thanks to a brief ridge of high pressure building in from southwest. So away from the northern Scotland and Northern Ireland, where we could see a few showers passing through in the morning especially, many places will be dry with warm sunshine and light breezes. A fresher day for all today following a cold front that cleared east overnight, which has replaced the humid conditions of the last few days. Temperatures still reaching a respectable 25C in London this afternoon, 21C in Manchester, 20 in Cardiff, Newcastle and Belfast, 19C in Glasgow, but without the humidity that we saw in the south on Friday. 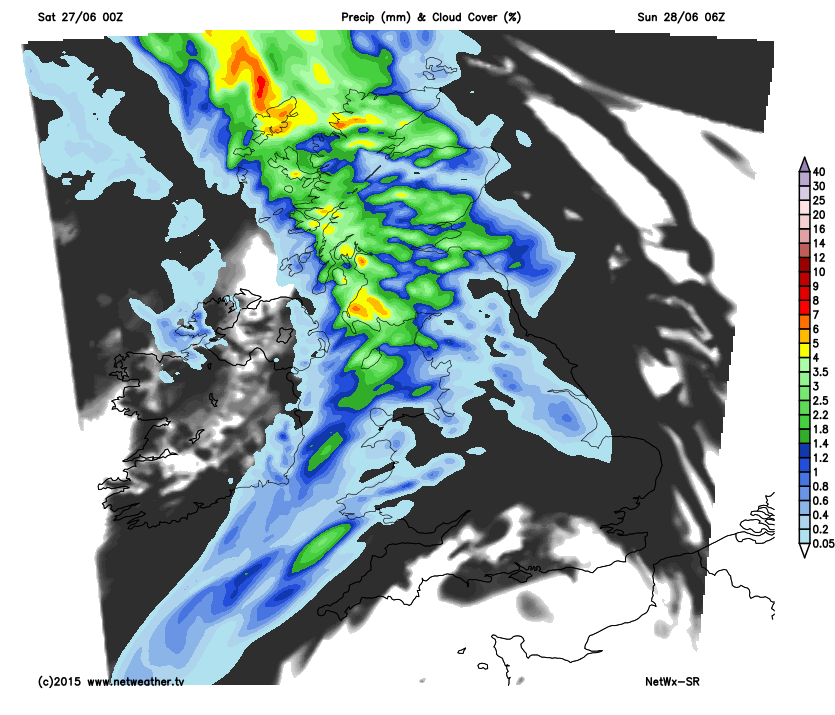 Sunday’s looking a different kettle of fish to Saturday to start the day, with many areas mostly cloudy and cooler with outbreaks of showery rain spreading from west to east, rain heavy across the north and west in the morning, though tending to turn lighter by the time it reaches eastern parts in the afternoon. Brighter conditions following across the north and west through the afternoon. Warm and muggy across the southeast of England, temperature reaching 22C in London, 18-20C elsewhere.

Wimbledon starts next week and it looks like being mostly dry wth sunny spells on Monday and Tuesday and turning increasingly warm and humid too, with temperatures reaching 27-28C Tuesday afternoon across the south. Cloudier with a risk of rain across the far northwest. On Wednesday, many places will be dry, sunny warm or hot and it will turn locally very hot across the south, with temperatures perhaps reaching 31-32C towards the southeast corner of England, even the central lowlands of Scotland could see 25-27C. 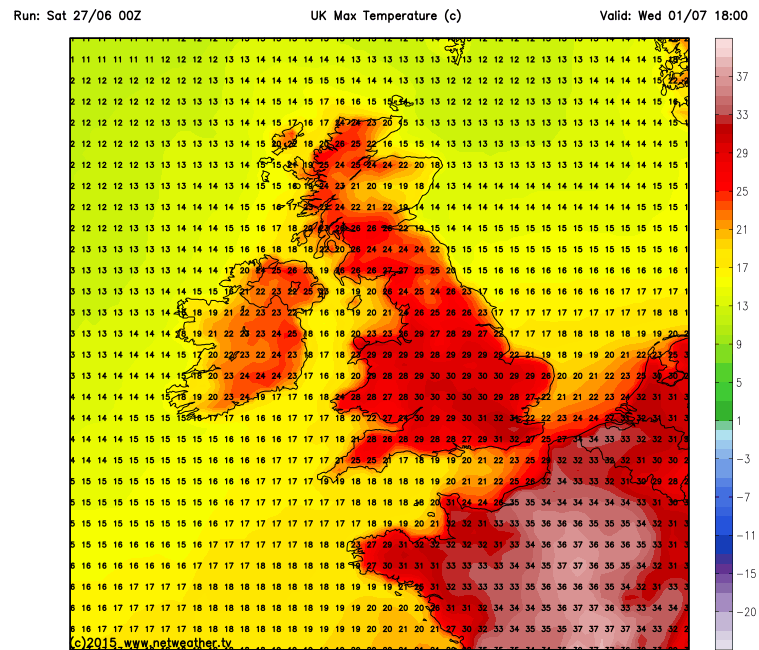 The heat and humidity will trigger some thunderstorms across the west later in the day though. Sunny and hot on Thursday but perhaps a more widespread risk of thunderstorms developing. Cooling off a little on Friday, fresher in the west, but still very warm in the southeast.