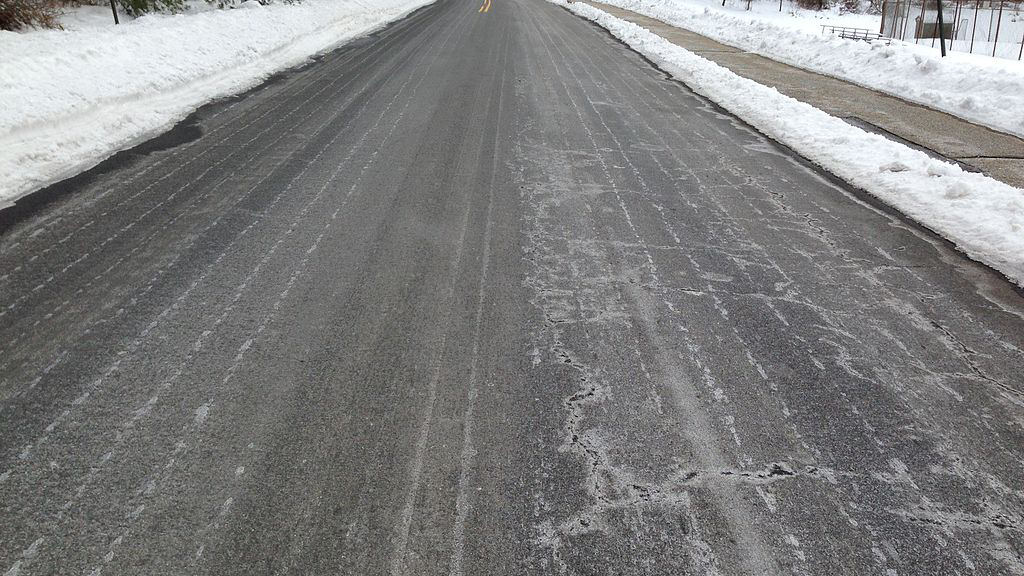 Got a Salt Mountain? Gritting is big business

March 2015 has started on a chilly note. Sub-zero temperatures and snow showers from the NW means winter keeps hold for a bit longer and in turn, no let up for salting the roads and pavements as the ice risk continues.

Gritting has become big business. Ever since the severe winters of 2010 and 2011 when everyone was reminded what the UK weather could do (occasionally), and showed that snow and ice could cause disruption for weeks on end.  Health & Safety guidelines have also been given higher prominence in recent times, with companies enhancing their response to  “reduce the risk of slips on ice, frost or snow; you need to assess the risk and put in a system to manage it.” Health & Safety Executive.

Road gritting in the UK

Motorways and trunk routes are covered by the Highways Agency, Welsh government, Transport NI, and Transport Scotland who use operating companies to carry out the winter service. These agencies send out the massive wagons you see on motorways, which can make you grimace as you think, will I get past without a shower of grit over the windscreen?  Councils cover various roads within their local authority areas, usually A and B roads, major bus routes and some routes to schools and hospitals.  Most councils show which roads on their websites, check out #GritterTwitter.

Then there are smaller area needs, such as hospital grounds, school playgrounds, old peoples’ homes, retail car parks and out of town business parks. Areas beyond the council gritting run, often with their own responsibilities to reduce risk to their employees or customers. This need has led to the growth area for gritting companies in recent times and I spoke to Rob Brooks from Heritage Gritting Services about rock salt, UK winters and sunshine.

Heritage Gritting Services – A Day In The Life of a Gritter

Heritage take their weather forecast from the Netweather FreezeAlert service.  Rob uses the forecast data to decide if his gritters will go out the following night to deal with ice and snow.

One of my questions was going to be, “What do you do all summer?” but it turns out the gritting was the addition to his existing Heritage Landscape Services Co. This deals with grounds maintenance in the summer months and the gritting came later to cover the winter months, keeping people employed when the landscaping side was quiet.

The gritting season usually runs from 1st November until late March, sometimes into April. Most of the work is done at night, as the roads and carparks are quiet then.

A typical night would start at 5/6pm when the lads come in and load the gritters and service the lorries. They would leave about 7pm, get around the gritting run and maybe finished by 3/4am. The run can take longer is traffic bad or if is weather awful. There is a set route to follow, which is influenced by the weather. Sometimes, only high level routes need gritting and low levels can be left if they will stay above freezing. The amount of outings in a season can vary from 26 on a very mild winter to 40/50 grits in a colder one.

A typical day for Rob would begin at 6am reading the first Netweather FreezeAlert forecast and checking conditions for the following night. By about 9:30am he has contacted all his customers as to whether or not they are going to grit. This is done by email, text or phone and he’ll explain what is going to happen that coming night. If it is going to snow, he can be up all night. Rob doesn’t look, in detail, any further forward than 48 hours. He’ll glance a bit ahead as a guide but thinks the forecasts further head vary too much, so keeps away from outlooks.

The first FreezeAlert forecast of the day arrives by 6:30am

Specific Forecasts For Each Postcode

Rob explained that different customers had differing needs and that FreezeAlert output is ideal for that “With your weather forecast I can set it up in various different ways. If you have a customer, who is H&S conscious, say like a hospital, they could grit at +2C. Many shopping centres grit at zero or if it snows. With the use of your specific forecasts we can adjust the output from the forecast for each customer site, the customers can dictate the conditions they want us to come out at.”

So different customers may have different temperatures that trigger their gritting needs but all of them want to know about snow.  Rob starts looking into more detail once the FreezeAlert forecast shows a 20% or higher risk of snow.

With snow, you have to get the grit down before it snows, to stop it sticking. And there is not a lot you can do about heavy snow; if it is going to snow hard, it is going to stick. Then the only option is to plough sites off and re-grit.

If it rains until 2/3am in the morning, then that is very difficult to deal with. The rain would wash off any early salt, which would be a waste. Trying to get around the run late in the night, before it all freezes at 6am, is hard. It leaves less time to get out and get the grit down before everyone is on the move in the morning. Showers are also annoying as they more localised and can wash off salt in places.

Live radar updates track snow and rain, helping with the decision of when to grit<

Borderline conditions are the trickiest. Each customer has a budget and doesn’t want to grit unnecessarily. So when temperatures are forecast close to freezing but could be +1C and not freeze, Rob has to balance customers’ bills and the H&S considerations. Forecasts can flip +1 to -1 between model runs and sometimes it is a really close call.

Rob likes the postcode specific FreezeAlert forecast rather than having to deal with a large area forecast as it removes some of the ‘should we grit or not’ questions in borderline conditions. The postcode part allows him to look at low level areas and hill top routes for his sites across the UK.

Can The Media Influence Customers?

I wondered if certain tabloid headlines such as “Worst winter ever, 100 days of snow” etc. caused any extra concerns for his customers. He said maybe it generated some extra business but that most people don’t believe it anymore as they’ve seen it all before. Let’s hope so!

Rock salt (plain and treated) is the most commonly used ‘grit’. Salt can stop ice forming and cause existing ice or snow to melt and is quick to apply and easy to spread. It is most effective when it is ground down, so can work quickly on roads. Salt doesn’t work instantly; it needs sufficient time to dissolve into the moisture on the ground. Spreading the salt is only the start of de-icing. Movement of the salt around the road by cars and lorries completes the process. Pedestrians do the same on pavements but more slowly. Most rock salt is mixed with sand and then used to grit surfaces. White pure rock salt is often used by fancy office blocks that don’t want mess outside and in, and there is a cost associated with using that.

Do you have a Salt Mountain?

Every winter there seems to be a TV journalist standing by a salt mountain with the latest scare story about how the council is getting in their winter stocks. Rob has a reasonable stock in, not admitting to a mountain as he says rock salt is readily available, it can be ordered one day and arrive the next. Trouble happens in a severe winter like in 2010. The mines can only produce and stock a certain amount. Getting it in and out of the mine is restricted due to how many vehicles can manoeuvre about.

Even with the long hours and winter nights Rob is pleased with how the gritting business is going. “It has been a huge growth market, with 146% growth of turnover in past 3 years, even with last year’s mild winter and this year’s moderate one. The bad winters really set into motion a lot of new gritting companies and larger customer need”, This alongside the ‘Taking every precaution to prevent slips, trips and falls’ claim culture.

Away from work, what is Rob looking for in a weather forecast? “Nice, sunny, hot weather” he says with a laugh. “My little girl knows, I am the only parent not looking to be going sledging when it snows, I’ll be at work tearing my hair out”

Worth a look at 'Gritter Cam' from Derbyshire Council, shift those parked cars!
http://www.derbyshire.gov.uk/transport_roads/roads_traffic/road_maintenance/snow_info/tackling_snow/gritter_cam/default.asp 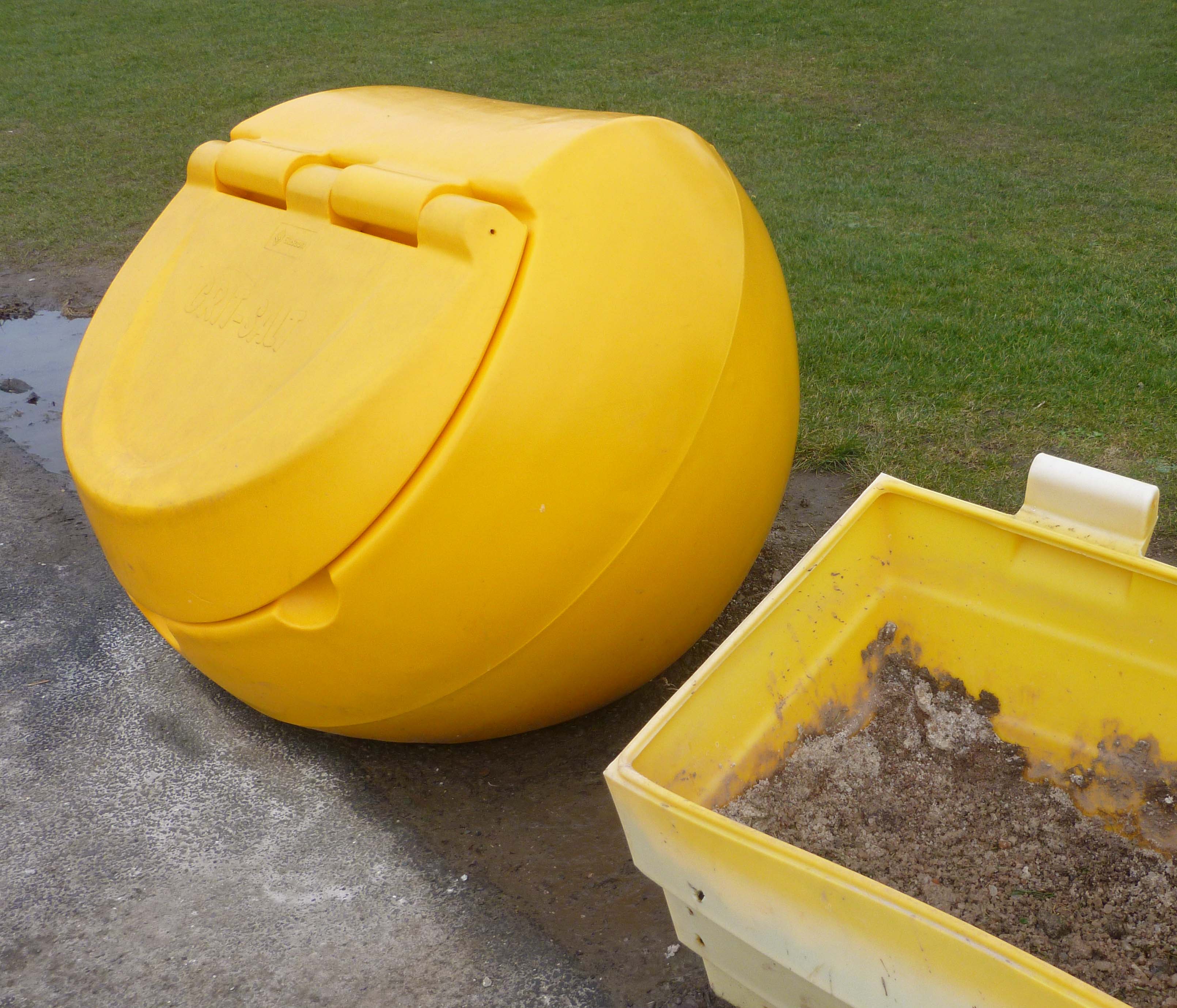