The weather is set to change today, as we see much colder air sweep in from the northwest across all areas by mid-afternoon, with these much colder conditions set to stay well into next week.

The cold fronts shown on the Met Office Fax analysis chart for 6am this morning. 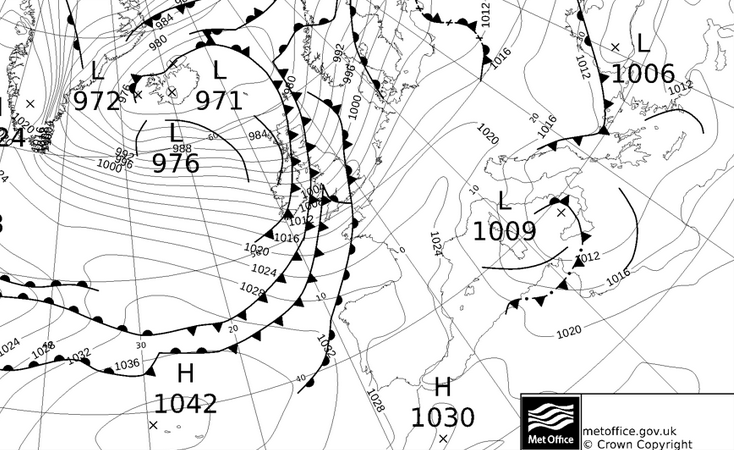 Following on much colder, brighter and windier conditions, already across Scotland and Northern Ireland, with increasingly frequent and heavy wintry showers spreading in on a strong northwesterly wind across the north. The showers will fall increasingly as snow away from coasts across Scotland, Northern Ireland, northern England and north Wales, with accumulations in places, even at lower levels by the evening. Some wintry showers also penetrating inland across south Wales, central and southern England later. Temperatures falling through the afternoon across England and Wales, after the mild start, temperatures reaching 7C in London, 6C in Cardiff, 4C in Birmingham and Manchester. Even colder across Scotland and Northern Ireland, 3C in Belfast and Glasgow, 2C in Aberdeen and feeling colder this in the strong raw west to northwesterly wind. 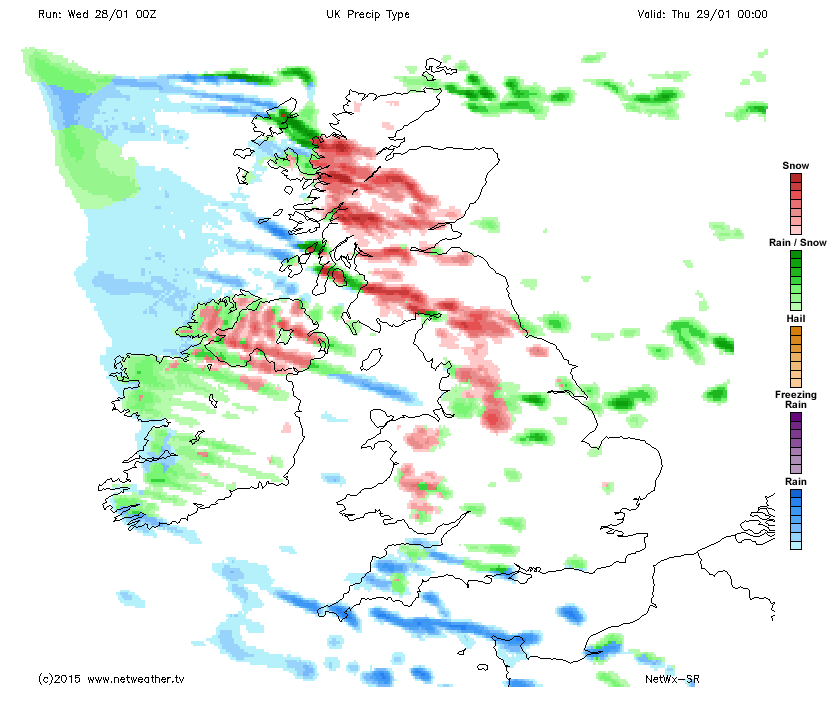 Cold and windy tonight, with further frequent snow showers across Scotland, Northern Ireland and northern England, bringing further accumulations - with 5-10cm locally by the end of the night, more over higher ground. Wintry showers further south too, mainly in the west, but some penetrating inland towards the east too, any settling snow primarily over high ground. Clear spells between the showers will allow temperatures to fall close to freezing and a frost to develop away from western coasts, with a risk of icy patches forming where showers have falling.

A cold and windy day on Thursday, with sunny spells and further sleet and snow showers across Scotland, Northern Ireland and northern England. Further south, a mixture of sunny spells and wintry showers, most frequent in the west, snow mostly falling over higher ground. Temperatures reaching 5C in London, 4C in Cardiff, 3C in Manchester, Belfast and Edinburgh.Though the wind chill in the strong wind will make feel more like freezing or below.

Still windy and showery on Friday, but a little less cold generally with any showers falling as a mixture of rain, sleet and snow - with settling snow confined to higher ground. Temperatures reaching 5-7C in ths south, 4-5C in the north. 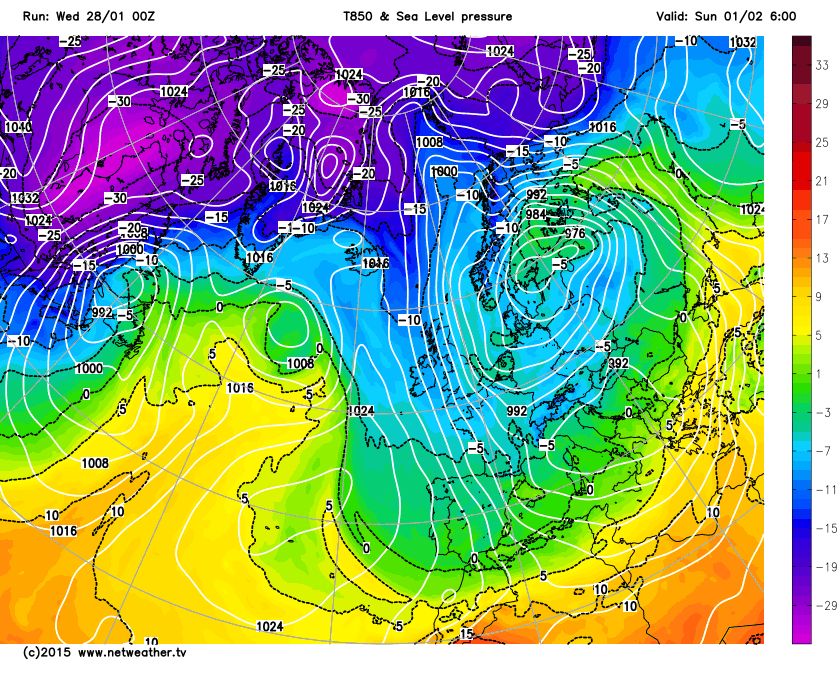 Winds turn more northerly over the weekend, direct from the arctic, so turning colder again, with an increasing risk of sleet and snow falling to lower levels again. Sleet and snow showers will be generally confined to northern areas and coastal areas further south - with inland areas of England and Wales staying dry and bright by day and frosty overnight.

Early next week, we keep the cold northerly or northwesterly flow, with a risk of further sleet and snow in places, as disturbances run south in the flow, otherwise wintry showers near coastal areas, with dry and bright conditions inland. Hard overnight frosts developing, particularly where we have snow cover.