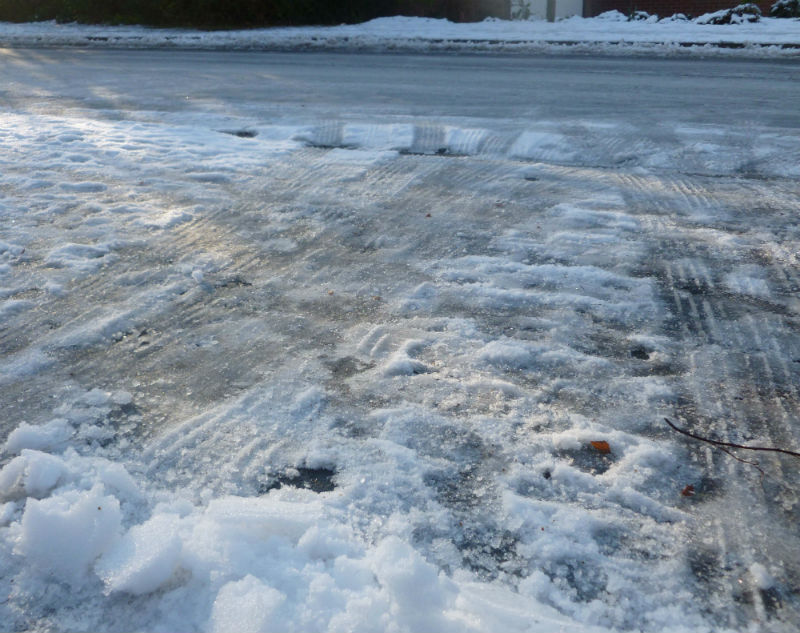 January is behaving as it should and there is a lot of wintry weather around. It is still all looking mobile and unsettled, no sign of a high pressure bringing sustained dry and very cold conditions  as we head into next week but plenty of cold air from the NW.

For Friday into the weekend, there will be more wintry showers coming into western parts of Britain and N.Ireland. Scotland already has lying snow over the Highlands and there will be more here. So if the winds ever decide to ease off, some good news for the Scottish ski resorts. For Friday, the wintry showers start over N&W Scotland, hills of N.Ireland, Welsh mountains and the high ground of NW England and SW moors. Through the day lines of wintry showers will move SE across N.Ireland, across Scotland and over N.England and Wales, down to the Peak District and again catching Exmoor. Through Friday night into the start of Saturday, there could be even more sleet and snow showers coming across Eire and N.Ireland into W.Britain to star the weekend

By Saturday morning there could be 5-10cm over the Antrim hills and the higher ground all the way to Co. Fermanagh. The Welsh hills seeing 5cm and over 10cm for the Cambrians. Any higher ground in the western half of Scotland could have 10-20cm of fresh snow, with 40cm falling for the mountain tops. 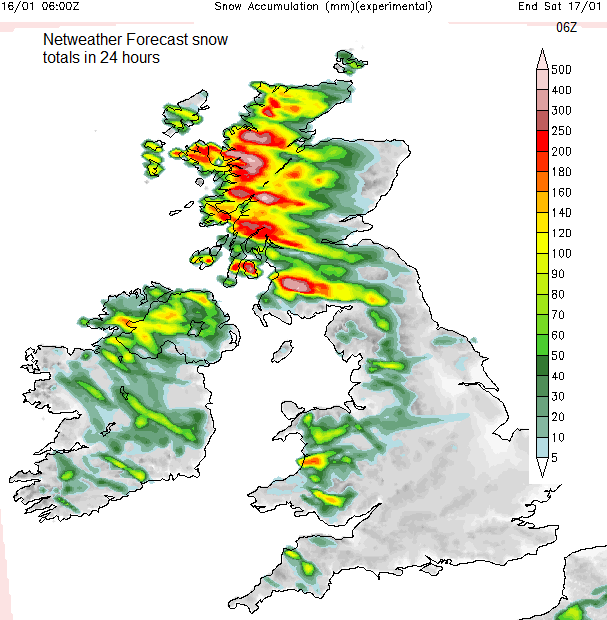 Most of the snow shower have now faded, apart from a few in central Scotland. THe next wintry falls are already arriving with a warm front bringing heavy rain in from the west. As this wet weather comes up against the cold air, there will be sleet and hill snow for a time over N.Ireland and Wales this afternoon. However, of more concern is when the rain reaches Britain this evening. Heavier snow is likely for the northern Pennines and southern Uplands before the precipitation moves northwards across the Central Belt with some wet snow and really gets going for the northern half of Mainland Scotland. Over the mountains there could be 10- 20cm more with blizzard and conditions even at lower levels a few cms tonight.

Rumours are a foot that there will be snow further south this week, not just for the high ground of Scotland. I’ve been looking hopefully out of my window in SE Scotland for some flakes but there has only been nasty hail inflicting pain on pedestrians. However, there have been wintry showers about and some snow in the northern mountains. 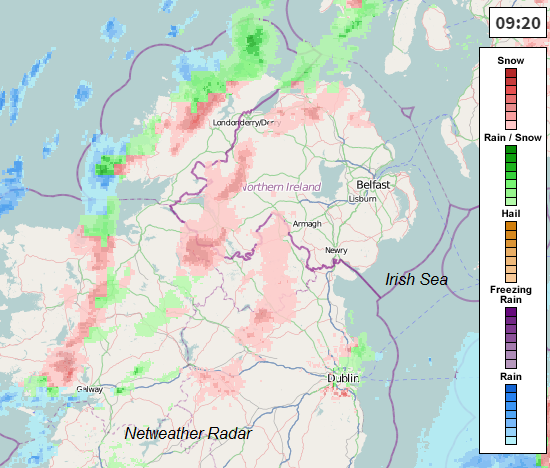 Already this morning there are blizzard conditions being reported in Scotland, the image above showing snow showers moving into Eire and N.Ireland. Wales is also seeing some bad weather with heavy rain arriving at the west coast and turning to sleet and then snow over the Welsh hills. This pulse of wet weather could bring some moderate falls of snow to Snowdonia and the Cambrian mountains today. There are more snow showers over Scotland today, making further progress eastwards than over the past few days. I'm waiting to see if the snow showers over Edinburgh are going to reach me on the North Sea coast, I can see the clouds building now, after the clear blue skies to start the day. Gettting excited!

This is a Visible Satellite picture from Monday 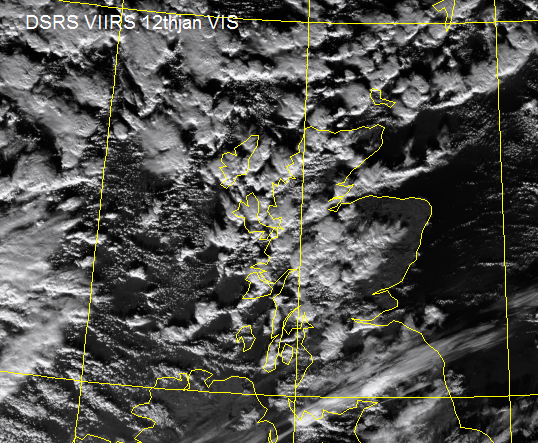 The dark areas are the sea and the land and the white lumpy bits, the shower clouds. With a brisk West wind, these showers blew in from the Atlantic, which is why we see clearer skies over eastern Scotland. This story of more showers in the West, fewer in the East will continue for the next few days. So if you are after snow, West is best. With showers you will notice there are gaps in-between, sunshine pokes through but it does mean some parts miss the shower (and so rain, sleet, hail or snow) 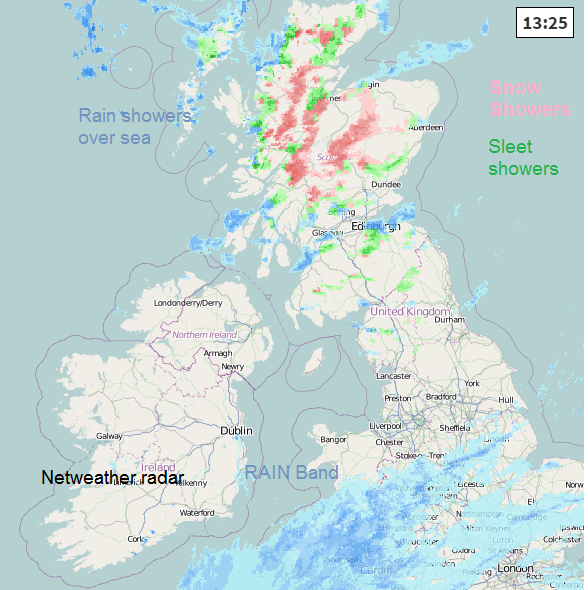 What was falling from the clouds? This is the radar image from lunchtime on Monday. Southern Britain is covered in blue, frontal rain. Clear and dry for N.Ireland and N.Wales and much of N.England. Then the colours over Scotland. The bright pinks are snow showers falling over the Highlands and Grampians. There is also a fair amount of green showing sleet shower as the rain showers from the sea are being forced over the relatively colder land, turning unstable and producing the wintry precipitation. Once they go back over the sea, say in the Moray Firth and the Firth of Forth, they go back to rain on their journey east. Now that radar image is quite speckled with showers, you can see how some parts could stay dry. Later on Monday: 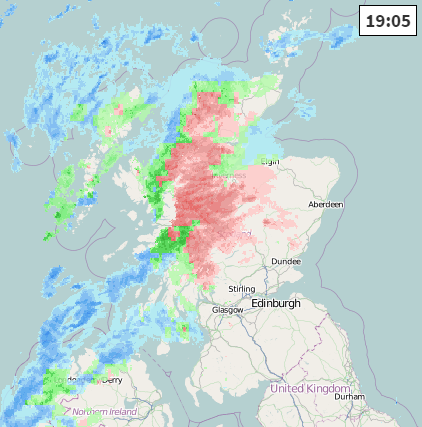 This happened, a trough arrived. A line of showers merging together and the pattern is more widespread and more areas are receiving snow  as the air temperatrues fall overnight

So we are going to see more showers through Tuesday but as trough lines develop and move in with the Westerly flow, some areas could get more widespread (and heavier ) snowfall and not just in Scotland. 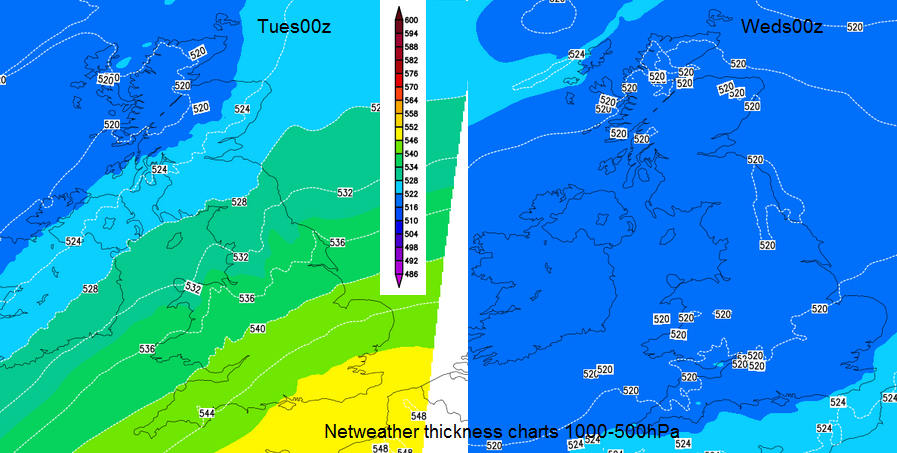 The air is changing, getting colder. Part 1 on the LHS shows Monday night the thickness chart showers milder air still over Kent with temperatures of 10C in the yellow area. The blue colours in the NW show -1C with the snow showers. By Tuesday night RHS, the thickness chart is completely blue. The 528 thickness line is a rough rule of thumb for snow and by Weds 00z we are all down to 520, a cold night with frost and ice. The air is cold there is moisture coming off the Atlantic. Right by western coasts at sea level the showers will still be as rain but looking at the orography of the UK you can see that for many western parts, you don’t need to move far inland to begin to see the land rise. And those areas will see snow, above 100m 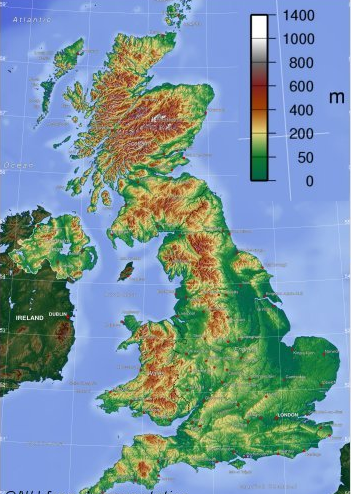 The snow risk chart shows a feed of wintry showers north of the M4, through the Cotswolds, S. Chilterns. Central/southern Wales looking prone to a dusting or few cms by Wednesday morning. Exmoor, Quantocks, Mendips also seeing this feed in from the west. N.Ireland could offer some protection to southern Scotland in this flow but western parts of Eire could also see accumulations. NW Scotland continues to see the most snow, into central Perth & Kinross and Stirling even Strathclyde. Highland Scotland will see over 10cm with blizzard conditions leading to travel problems 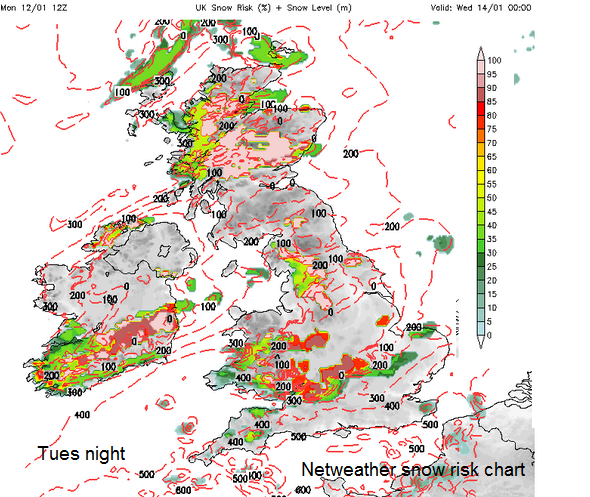 So what are your chances of a bit of the white stuff by Wednesday morning, I feel like the Santa shaker 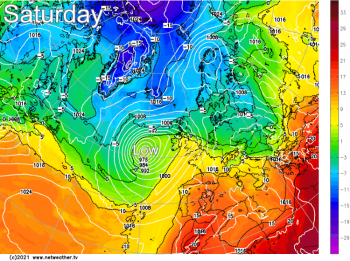 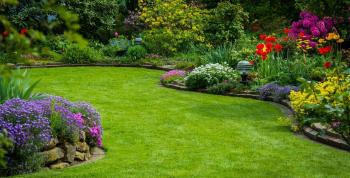