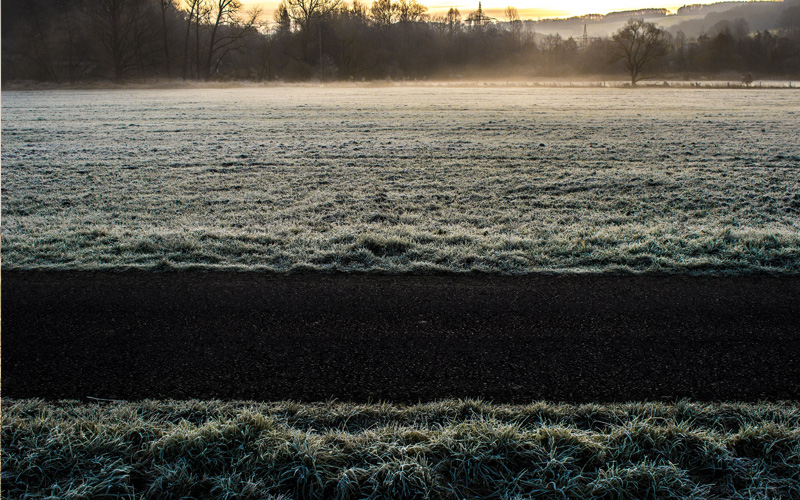 Cold & Dry, With Hard Frosts Until The New Year

The same area of low pressure that brought snow and travel problems on Boxing Day and yesterday has brought heavy snow and ice to the French Alps and parts of Germany - bringing travel problems there too. High pressure will build in from the west today and will hang around up to New Year's Eve, bringing settled conditions with bright and chilly days and hard frosts overnight. However, the weather models signal a change on New Year's Day, as milder, wet and windy conditions sweep in off the Atlantic.

For now, after a frosty start, Sunday will be dry and sunny for many, temperatures will get above freezing for most accept where we have snow cover and where fog lingers. We will see more in the way of cloud across northern Scotland, which will produce some wintry showers here and also across the tip of Aberdeenshire. Winds will be generally light, with temperatures reaching 6C in London, 4C in Cardiff, 2C in Manchester, 3C in Belfast and Aberdeen, but perhaps only around freezing through the central belt of Scotland.

Then temperatures falling away quickly after dark under clear skies, with probably the coldest night this winter so far in store. Temperatures falling a couple of degrees below freezing in towns and cities widely, lower in rural areas and perhaps as low as -10C over the snow fields of central and northern parts. So a risk of ice on untreated surfaces. Freezing fog patches forming in places will be an additional hazard.

Another gorgeous winter's day on Monday after the frosty and, in places, foggy start. Most areas having a dry and sunny day where the fog doesn't linger with light winds and temperatures reaching 4-6C in the south 1-3C in the north. Staying dry and cold on Tuesday and New Year's Eve, with a rinse and repeat of today and tomorrow of dry sunny days and widespread overnight frosts. We will start to see the change that I mentioned earlier across the far northwest on New Year's Eve, with milder and cloudier conditions with rain arriving here by the evening. But for many it should be dry for the celebrations in the evening. Turning cloudier, milder, wet and windy from the west for all on New Year's Day. Turning colder and clearer from the west on Friday, with wintry showers in the north, falling as sleet and snow across Scotland, mostly dry and sunny further south.