Another onslaught of heavy rain and strong winds for California with widespread flooding and ongoing power outages. These events just keep on coming.

California has been bombarded by heavy rain and strong winds. The so-called atmospheric river setups, where persistent rain just keeps flowing off the Pacific Ocean, have just kept on coming for the past month. Parts of the west coast are bracing themselves for the next onslaught with rain and wind with warnings appearing for the start of this week. 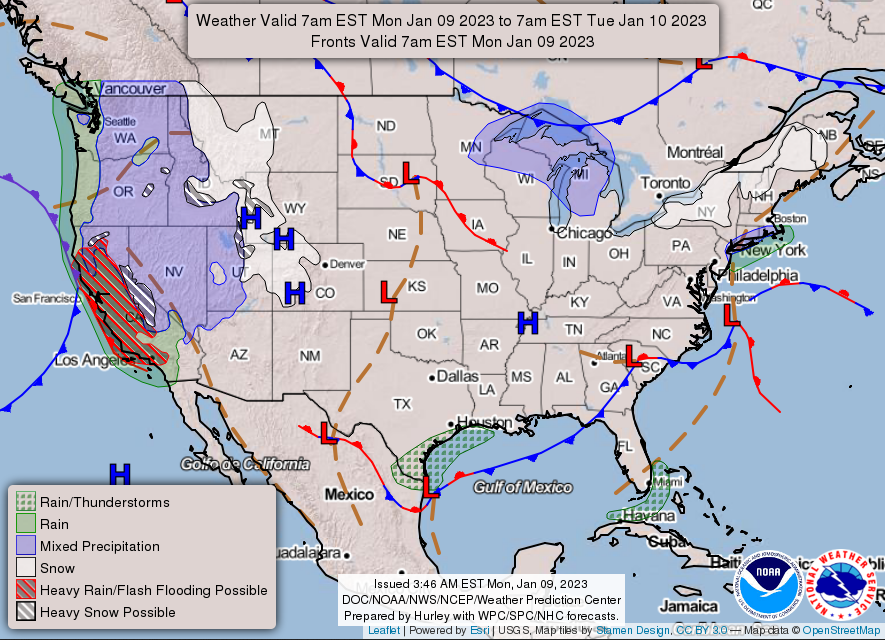 The heavy rain is falling on already wet ground from the past three events since New Year’s Eve with devasting flooding. Strong winds have already downed trees with hundreds of thousands of people being impacted by power outages over the start of this year.

The next round of wind and heavy rain is expected to bring further power outages with damage to lines.

The Sierra Nevada is expected to see heavy snow, with over 6 feet in places by midweek, well inland. Intense snow rates are likely to make travel very dangerous with routes closed and a risk of avalanches.

Flooding and difficult conditions are already being seen from the rain. Mudslides and flash flooding are expected and the “Don’t drown, turn around” slogan is being repeated as the weather worsens. There are storm warnings along the coast with gales, even storm force winds forecast and waves of 1 to 3m high extending down into Baja California, Mexico.

There are two peaks in the bad weather this week as two significant low pressures keep up the moisture laden flow for California. One centre moves towards Vancouver Island this evening but links to development for inland California and Nevada with a winter storm warning here. The second develops over California on Tuesday, reaching Utah and Nevada mountains with snow til midweek 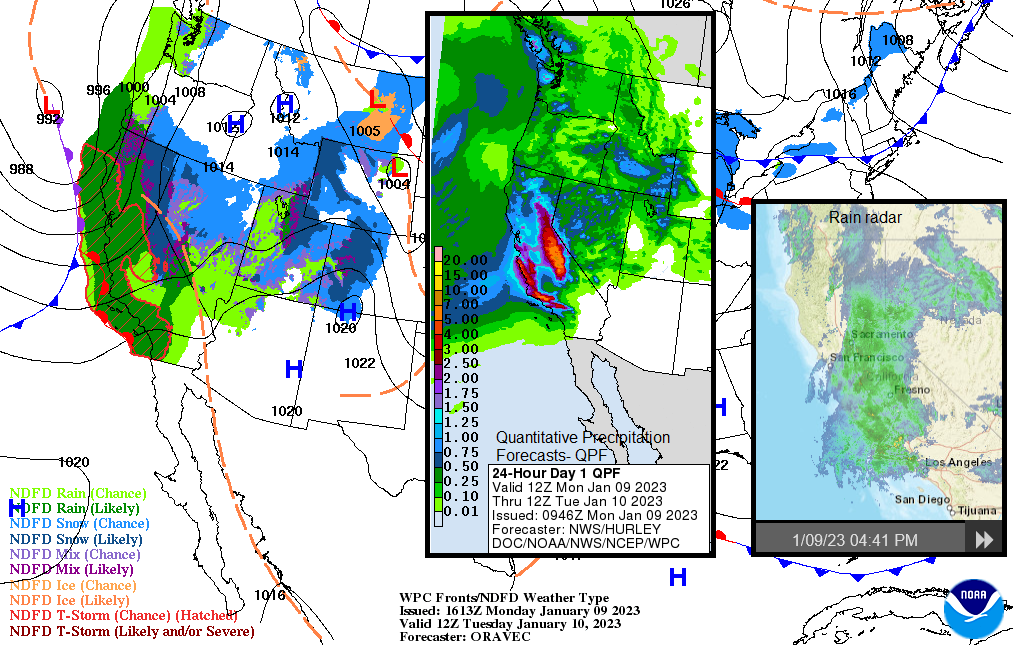 For Monday central California and parts of the north will see heavy rain with 4 to 8” of rain over the foothill areas. The second arrives on Tuesday and won’t be as heavy but will impact further south into southern California. Wine drinkers will have to hope that the vineyards can cope with all this. Napa Valley is on flood watch with heavy rain and thunderstorms forecast. Lodi has a high wind warning and heavy rain with flood warnings until mid-week. Decent winter rains are very important to the wine growers, filling up the reservoirs and aquifers. Flash flooding can cause damage and soil erosion but the soil and irrigation ponds in southern California will welcome the water. It’s central parts of the county that are on high alert once more.

This region does see setups like this during a usual winter. A bit like our Jetstream across the Atlantic, there is cold air in the winter to the north but milder, even warm air away to the south. In our warming climate, the atmosphere can hold more moisture, and so heavier rains appear.  This year it is the quick succession which is causing problems. Even more water for areas that haven’t recovered from the last deluge and many places have not had their power supply repaired before the next batch of high winds and possible damage.  People will be evacuated again as roads begin to flood which could cut off areas. It is a serious winter weather situation for the west coast of the US. 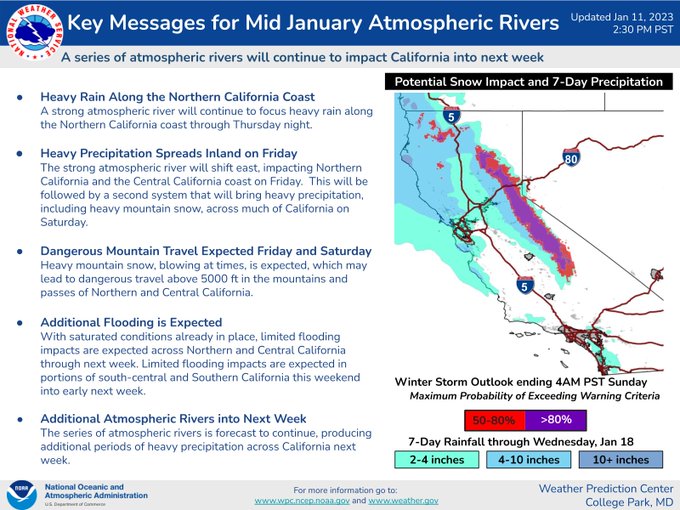 More discussion about weather in North America on the community forum