The rest of the week sees Extreme Heat warnings with a longer spell of very high temperatures, focused on southern Britain. Uncomfortable nights and stifling hot days under the summer sun.

And so, we are back facing heatwave conditions again. The Met Office has an Amber ‘extreme heat’ warning stretching across southern Britain from Thursday until Sunday. Many places will pass their local heatwave thresholds and much of the UK is in for several warm-hot dry sunny days.

Health services are now at the “Heatwave Action” stage with actions beginning for high-risk groups. It was back in mid-July when we saw the previous heatwave. Temperatures on July 19th (provisionally) passed 40C for the first time on record in the UK. This week is not expected to reach that savage level but temperatures in the mid-30s Celsius are still rare for Britain and the ongoing heat by day and night will have impacts. It will be the duration of this extreme heat that will cause problems. On people, property and infrastructure such as transportation. Hence the warning.

Each of the four home nations will pass their heatwave threshold temperatures in some region. The ongoing heat is what will make this event exceptional and with more humid air at the weekend it will feel oppressive as the fabric of buildings just continue to heat up and store that energy. 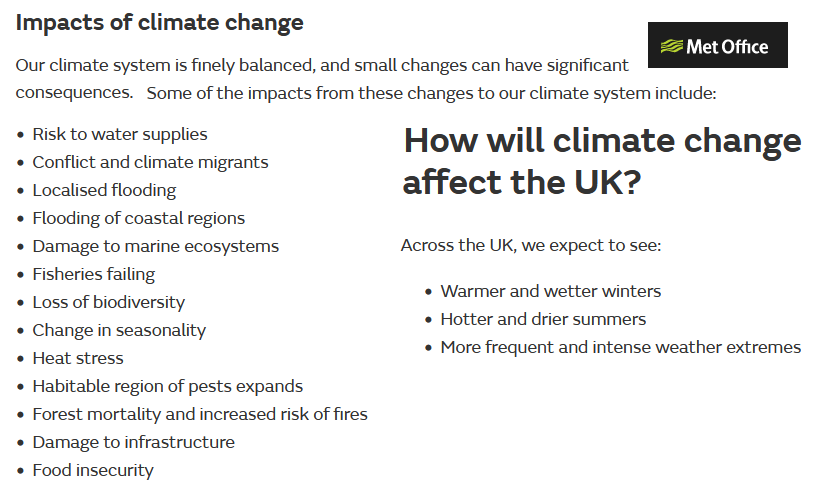 Our weather varies, with hot summers then wet ones. Cold winters and mild, no snow ones. There is natural variability. But climate change shifts the likelihood of certain patterns and adds an extra intensity level to the variation. So, the UK summer 2022 is a hot dry one but that is very likely to have been enhanced and made more extreme by what humans are doing to the global climate. There are concerns about the lack of rainfall, water scarcity and talk of further drought restrictions. Farmers are gravely worried again, using up what should be winter feed and looking to next year’s crops, how will they fair? 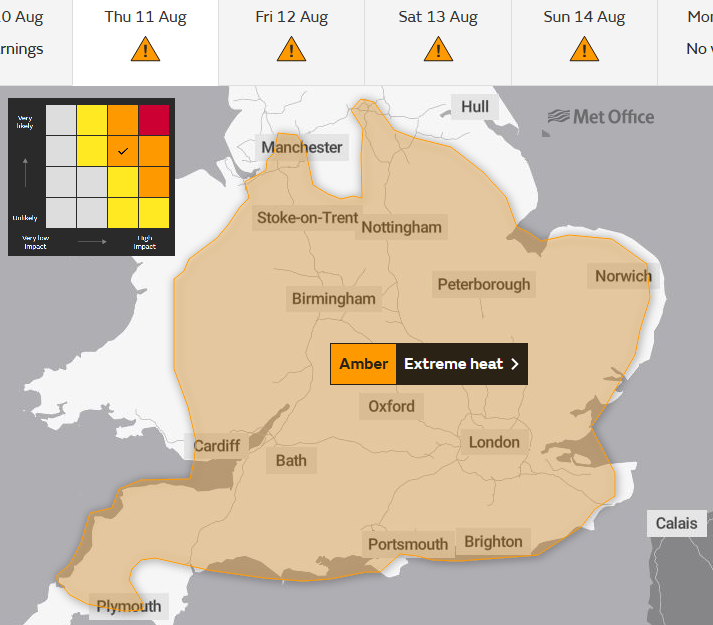 For those who sat out the mid-July heatwave, older people, and those with underlying health conditions they won’t be relishing another interruption to their week. And for people on holiday or travelling these very high temperatures bring impacts that need to be planned for. From keeping cool by day and at night, avoiding heat stroke or altering timings of train journeys or visits.

This may all seem rather glum when much of the UK is in for fine, sunny weather but you can just look on a weather app to see a line of full sunshine and a list of air temperatures. These warnings and impact explanations are about sharing more information with communities so that people can make their own informed decisions. That might be that just rearranging an outdoor activity which was planned in the days of this warning. It’s worth keeping an eye on the Feels Like temperatures too. 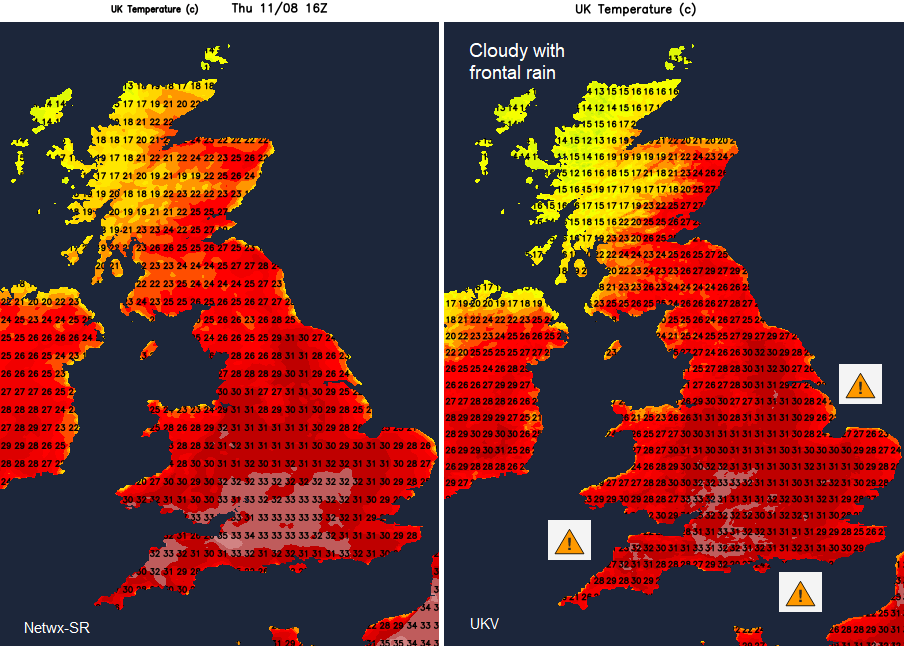 A frontal band is going to wave close to NW Scotland over the next few days bringing more cloud, some rain and more of a breeze. All this will keep the temperatures down here. Northern Scotland escapes the heat with an occasional day of coolness reach north coast Northern Ireland or coastal NE Britain. The focus of the most intense heat remains for parts of England and Wales. 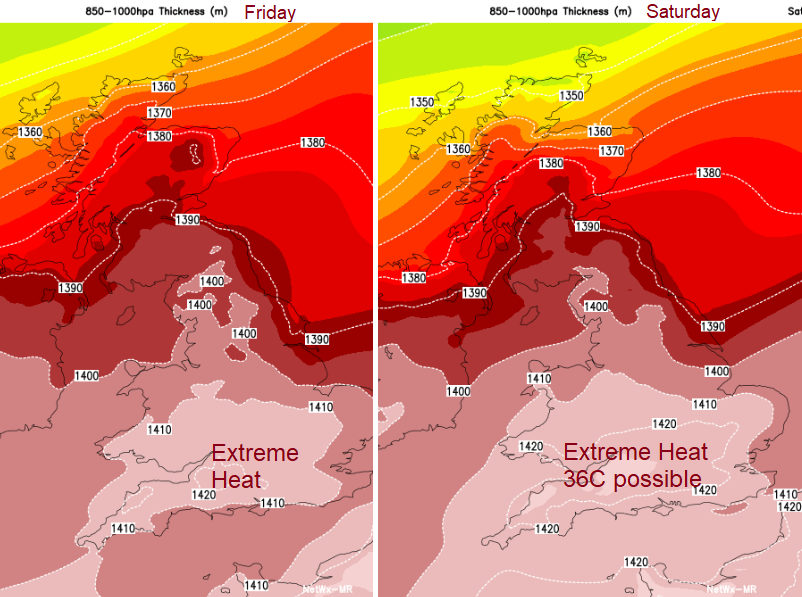 High pressure keeps our weather steady and settled. There will be more dry weather, plenty of sunshine and only light winds. The easterly gentle flow veers to the southeast later this week and that will feed in hot continental air as well. The dry ground is baked in the sun and keeps on heating the surface air. The heat remains by night (adding to stress) and so the next day gets even hotter until something changes.

Western France is also under an ongoing heatwave warning which will extend to the north of the country for the rest of the week. Also lasting until Sunday 14th

“Temperatures are expected to start dropping from the west next Sunday as a stormy downgrade approaches.” Meteo France

South-eastern Britain looks to still be seeing temperatures into the low 30s C on Monday, so yet another hot day after a balmy, uncomfortable night. Not ideal for those returning to work next week.

There is still uncertainty about when this hot spell will end with hefty even elevated thundery showers expected by the end of the weekend. This looks to be delayed until Sunday night, even until Monday now. More in the weekend update later but showers won’t affect everyone yet could bring localised flooding problems in the heavier downpours.