Netweather
Latest - Another gloomy & chilly day for many, milder & more changeable after mid-week 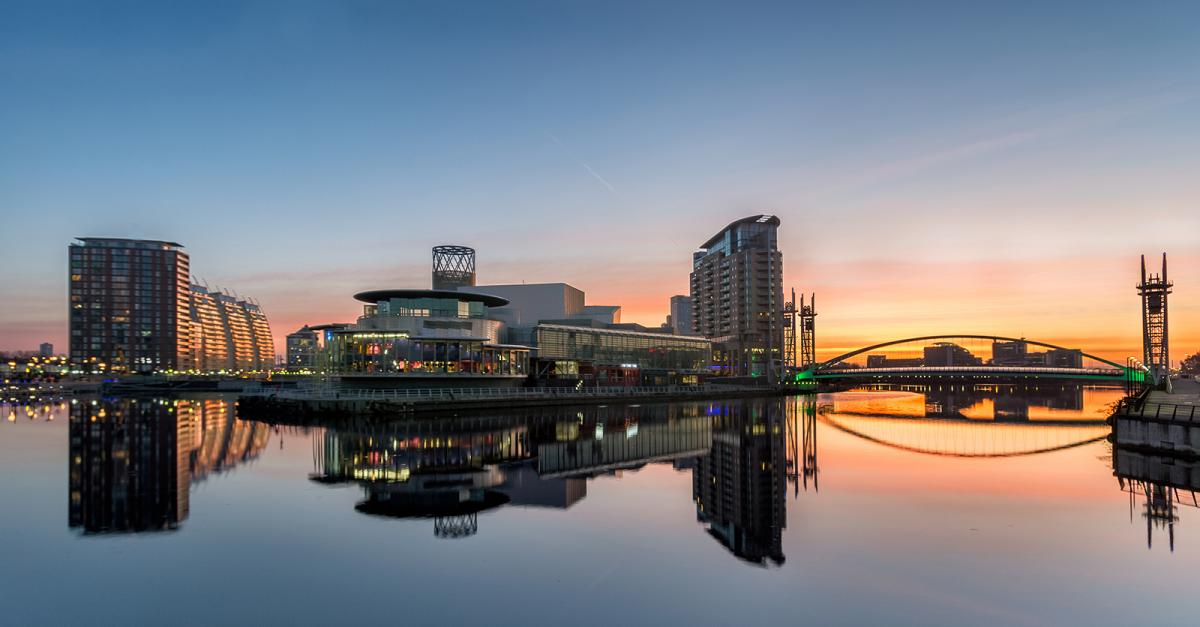 High pressure looks set to build across the UK from Wednesday and is likely to remain close by and in control of our weather, bringing mostly dry and settled conditions, perhaps into next week too.

December saw a spell of quieter weather in the middle of the month, thanks to high pressure sat over the UK, but it was a mild and cloudy high for many. However, the anticyclone building this week will be building in following a cold front clearing the south coast early Wednesday, so the surface airmass away from Scotland will be cool and dry and will become colder by the end of the week, with light winds and clear skies allowing temperatures to fall below freezing overnight and, with freezing fog forming in places, temperatures struggling to get above freezing where fog lingers.

Mid to late this week sees high pressure centred over southern Britain, central pressure rising to 1042 hPa by early Thursday, but the air at 850 hPa or 1500m over England and Wales will be quite mild, 5-7C. Normally the temperature gets colder with altitude, but on Friday and Saturday some models show daytime high temperatures struggling to get much above freezing across Wales, central and southern England, with surface temperatures lower than at 1500m up! This is known as a temperature inversion. However, across Scotland, there will be more of a breeze from the west off the Atlantic - so it will be milder here than southern England. 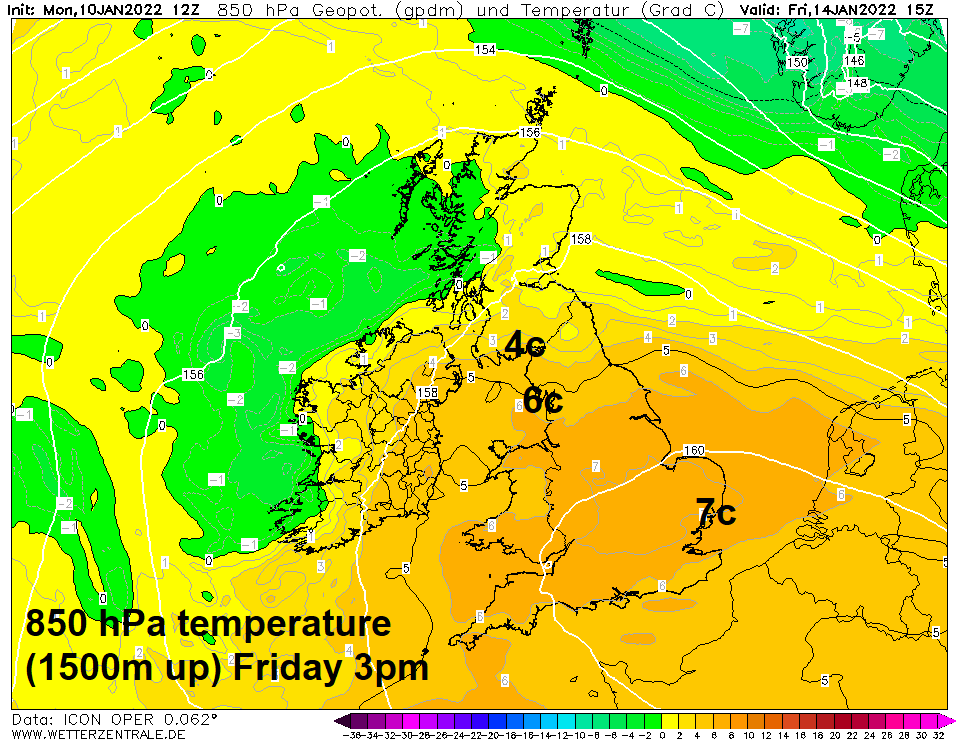 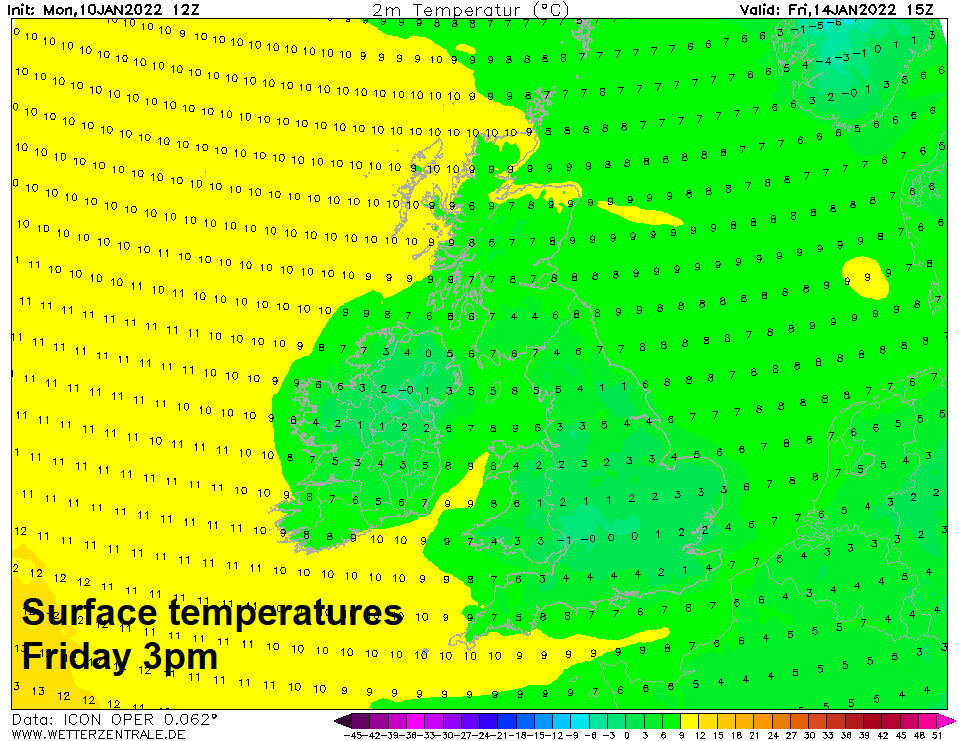 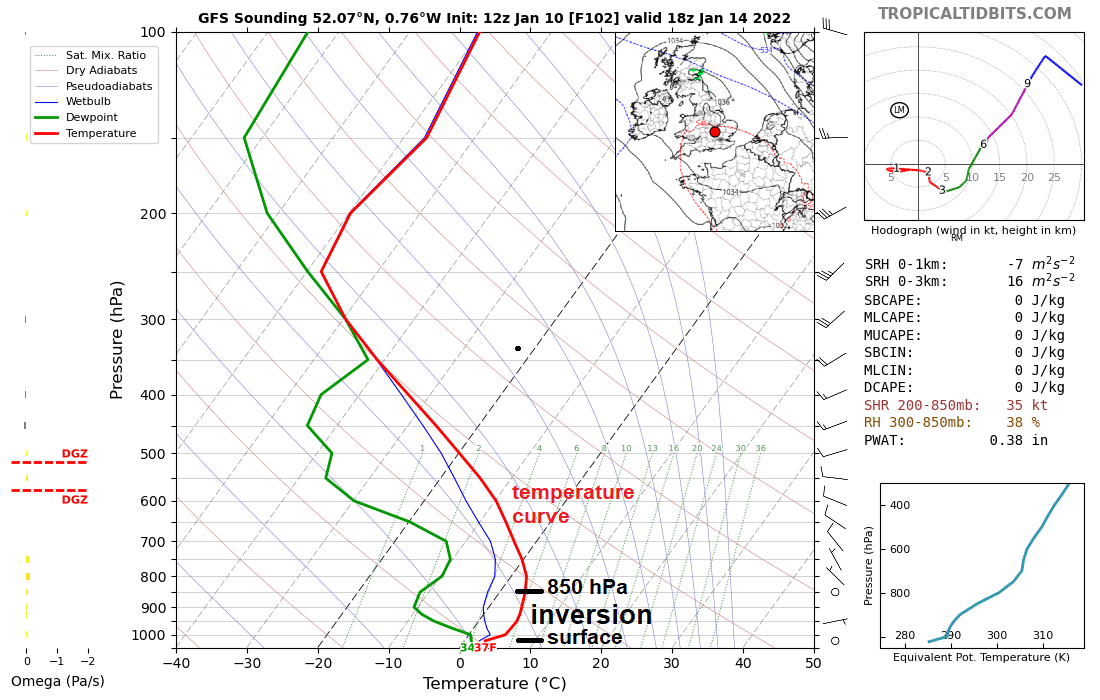 The area of high pressure building over the UK and the temperature inversion it is likely to create between the surface and higher up will demonstrate the limitations of using the forecast 850 hPa temperatures to predict whether it will be mild or cold at the surface.

Such as inversion can be experienced on the ground, usually in winter, where the top of a mountain the air is warmer than in the valley lower down.

The reason why the air will be colder at the surface than higher up is because of radiative cooling at night under clear skies and calm conditions leading to frost forming and also freezing fog. With little wind and weak sun this time of year, freezing fog may be slow to clear during the day, meaning temperatures struggling to get above freezing where fog lingers. The dry air descending in the high pressure system usually warms when it reaches lower down and becomes compressed, but the cold denser air at the surface will mean the warmed air will be unable to descend much lower down than the 850 hPa level. 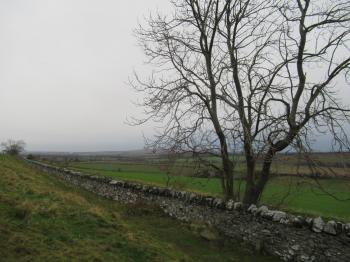 Another gloomy & chilly day for many, milder & more changeable after mid-week 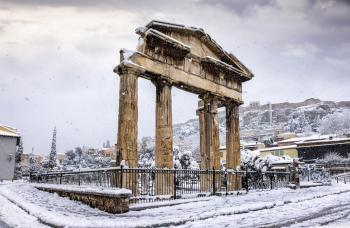 Snow for Greece and Islands, Mykonos and other Cyclades as winter event Elpis continues

Snow for Greece and Islands, Mykonos and other Cyclades as winter event Elpis continues