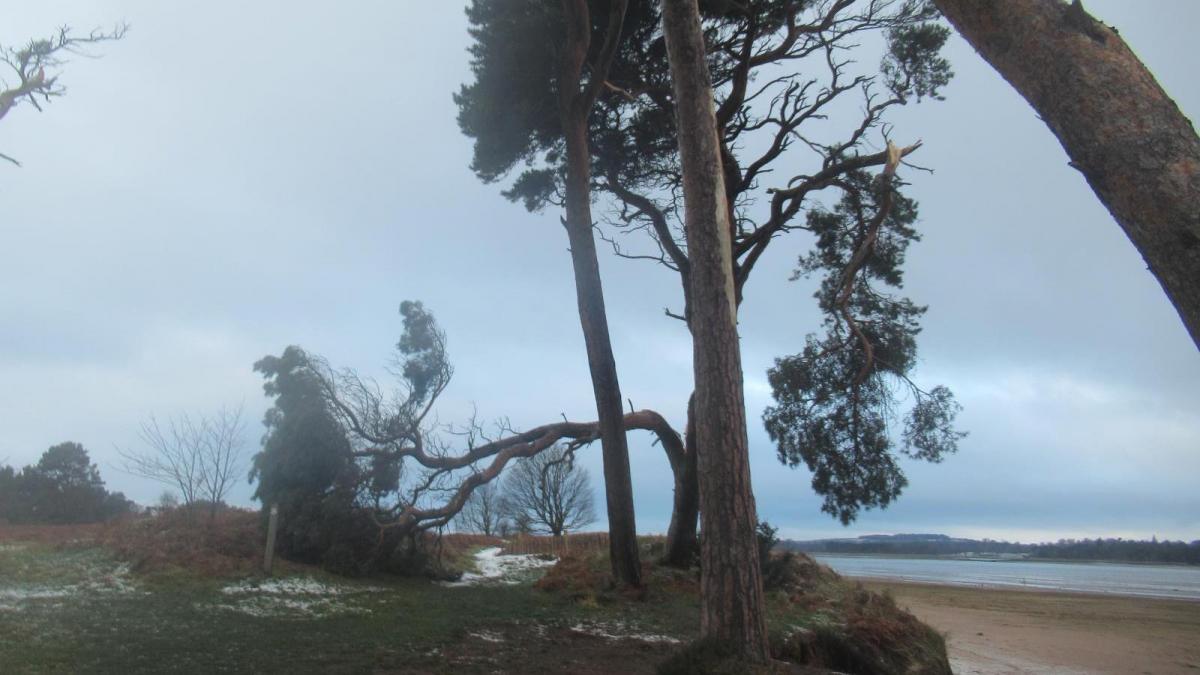 There are still thousands of homes without power this morning as temperatures fell down to past minus 8 Celsius overnight, with lying snow in places. People are still reeling from Storm Arwen, assessing the damage and contemplating repairs or what to do with the food in freezers. The seal pups have been affected off North Sea coasts and so many trees fell, resulting in three deaths. Others will have seen the first snow of the season, with a fair amount in parts of Yorkshire and northern Scotland.

This Monday morning it is cold and icy. The Met Office has a yellow warning for parts of Britain as it is clear and cold with very light winds thanks to a nose of high pressure from the southwest. However, it is much milder for Northern Ireland and western Scotland. A warm front is bringing more cloud and milder air in from the northwest as a little low pressure scoots across Shetland today. Another, more complex, low pressure will sweep through on Tuesday with heavy rain for a time Tuesday night. It turns blustery around that low with the winds veering to the north again on Wednesday. Another cold blast with wintry showers for areas exposed to the northerly flow. Nothing major in these bits. 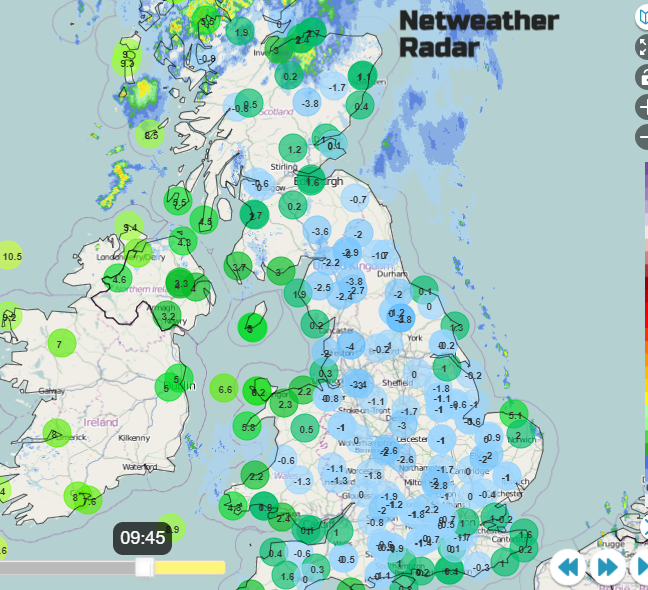 This morning the coldest air has been over Britain with milder air in the warm sector sliding in from the Atlantic. Cold air clips the far north of Scotland as that first low moves by. Tuesday will be mild with temperatures into double figures. Then colder air moves in from the northwest on Tuesday night to all but the far SE of Britain. It does turn colder here by day but much colder for Scotland by Wednesday evening and a widespread frost overnight. 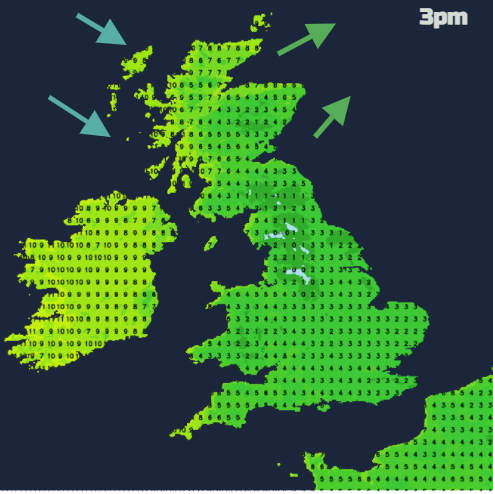 A real chill for Thursday morning with that north wind. It will be a cold day on Thursday with sleet and snow showers for the far north of Scotland, a few clipping north Norfolk, northern counties of Northern Ireland, down through the North Channel to the Isle of |Man and over Wales, maybe reaching north Devon. The winds do ease through the day and again it turns very cold at night, more frost r Britain. An occluding front moves in from the west and will come up against that cold air. So that could be interesting by Friday morning. Particularly for the high ground of NW England and Scotland but not exclusively 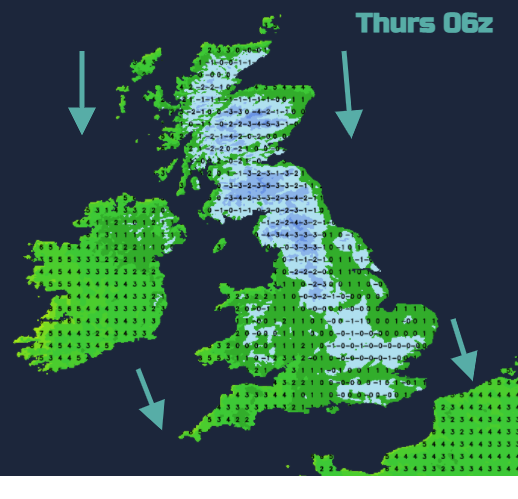 So a mobile week with blasts of cold Arctic air, milder interludes, frost and blustery winds and still the chance of more snow but it’s mainly over the hills.