It’s been a busy 24 hours of weather across parts of the UK. There was a suspected tornado around lunchtime on Wednesday in Widnes, Cheshire – as thunderstorms moved across England and Wales, with footage of damage to property and possibility of another tornado near Worthing in West Sussex and another in Cornwall yesterday evening. Then during the evening and overnight, Storm Aurore or Tempete Aurore, named by MeteoFrance, moved across southern England bringing a month’s worth of rain in places – resulting in flash-flooding in some parts. Today sees drier but colder conditions for most, the cold air arrived in Scotland yesterday and even allowed snow to fall in places. But the strong northwesterly flow bringing the colder air from the arctic could bring some coastal flooding along North Sea coasts and estuaries joining – as gales down the North Sea combine with high Spring Tides.

Storm Aurore moved east along southern coastal England last night, bringing close to a month's worth of rain in 6 hours in places: 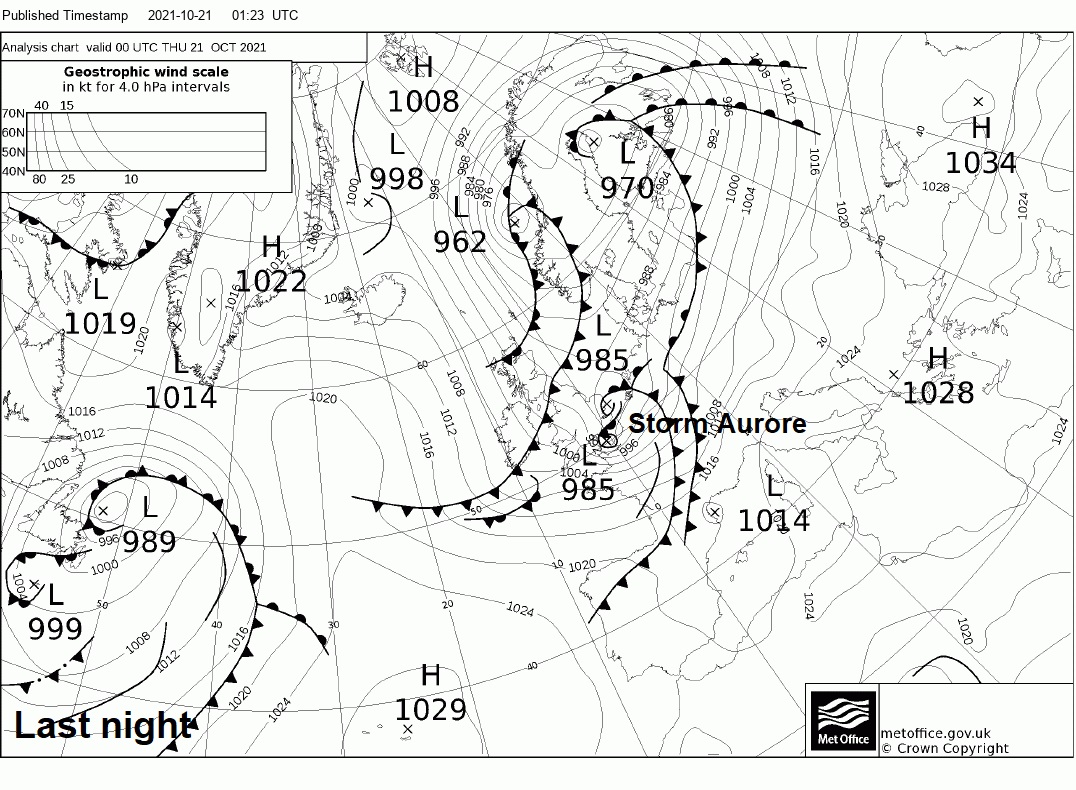 An open wave of low pressure moved east across England and Wales during the day on Tuesday, bringing outbreaks of heavy rain and thunderstorms across many parts. One particular area of heavy convective thundery rainfall moving northeast across north Cheshire and the Greater Manchester area even spawned a suspected tornado over Widnes. 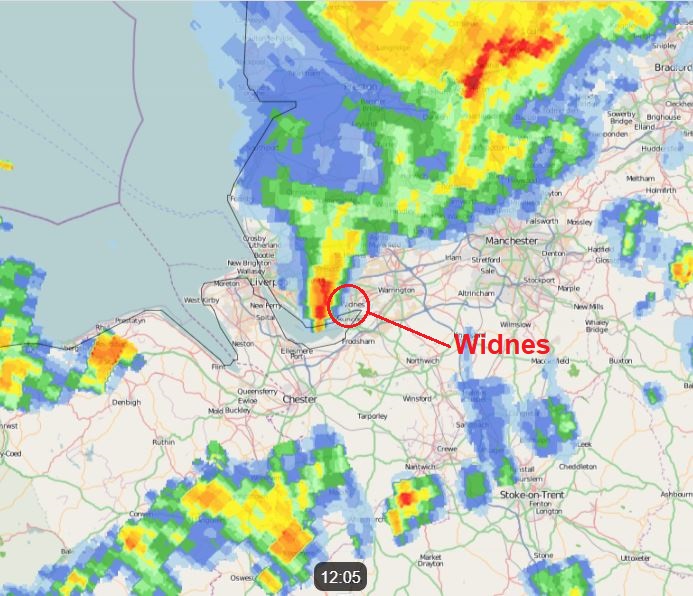 Residents on a housing estate in the north Cheshire town posted footage of brick garden walls blown over, tiles ripped off roofs, smashed car windows and trees toppled, with debris strewn across the streets. Fortunately, there were no injuries reported. Radar imagery (above) from Netweather Extra around the time of the tornado indicates the possible tornado was at the tail end of an area of heavy convective rainfall that moved across NW England and soon after brought thunderstorms across the Greater Manchester area further east. The southern end or ‘tail-end charlie’ (meteorological slang word) of an area of convection or thunderstorms can sometimes spawn tornadoes – as the inflow of warm and moist air from the southwest/south/southeast needed to produce tornadoes is unimpeded by other showers or storms in the area.

Early evening, a new deepening area of low pressure moved off the Atlantic into SW England. Radar and lightning detection suggested this area of rainfall out over the Atlantic in the afternoon was convective in nature, with lightning out over the sea detected, so would likely bring some heavy rainfall to southern England as the low tracked east across southern counties. The low pressure system was named Storm Aurore or Tempête Aurore by MeteoFrance on Tuesday mainly for damaging wind gusts of 70-80mph forecast by models to affect English Channel coastal areas of France. The strongest winds were on the southwestern flank of the low across the Channel, as they veered northwesterly on the rear of the low moving east. Fécamp on the Channel coast saw a gust of 108mph, the port town of Le Havre just to the south at the mouth of the River Seine saw a gust of 93mph, Cap de la Hague on the Cherbourg Peninsula saw a 78mph gust, while Jersey saw a 74mph gust.

But it was the rainfall that was more of a feature for southern England as the storm moved east along the south coast. The Met Office issued an amber warning for rain for parts of central southern and southeast England. Heavy rainfall from Storm Aurore last night brought rainfall totals in some places in southern England close to what would fall on average for the whole month of October. Axminster in east Devon saw 70mm of rain, Benfleet in south Essex saw 52mm of rain, Arundel in West Sussex saw 45mm of rain. As a result there was flooding in these areas overnight. 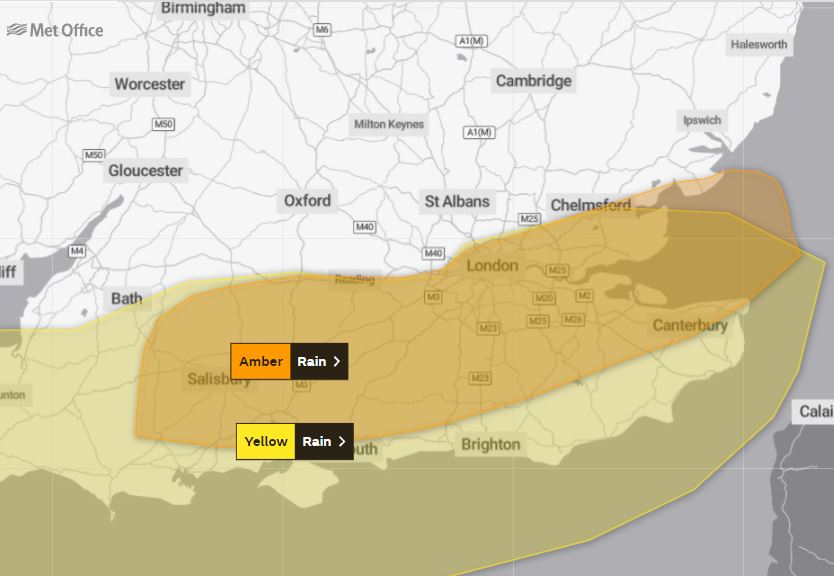 Also, there were reports of tornado causing some damage in Ferring near Worthing in West Sussex and also Portreath in Cornwall during the evening, as heavy downpours with thunder moved ashore.

Yesterday’s heavy rainfall was brought by low pressure systems and theit associated fronts and an upper trough moving in from the west lifting warm and moist air, cooling and condensing it into heavy rain clouds. But a big change overnight in wake of Storm Aurore, as winds switched northwesterly across all parts overnight, ushering colder and drier arctic maritime air replacing the tropical maritime air. The strong northwesterly wind bringing the colder air is reaching gale force down the North Sea. These strong winds combined with Spring Tides are bringing the risk of coastal flooding along North Sea coasts - as strong winds blowing down the North Sea, which narrows towards the southern end between England and Low Countries, low pressure and higher than normal high tides combine to lift water levels higher bringing flooding.

The good news is winds will ease and high pressure will build in on Friday. High pressure will retreat east over the weekend, allowing Atlantic frontal systems to bring spells of rain or showers to northern and western areas, but much of eastern England looks to remain dry.