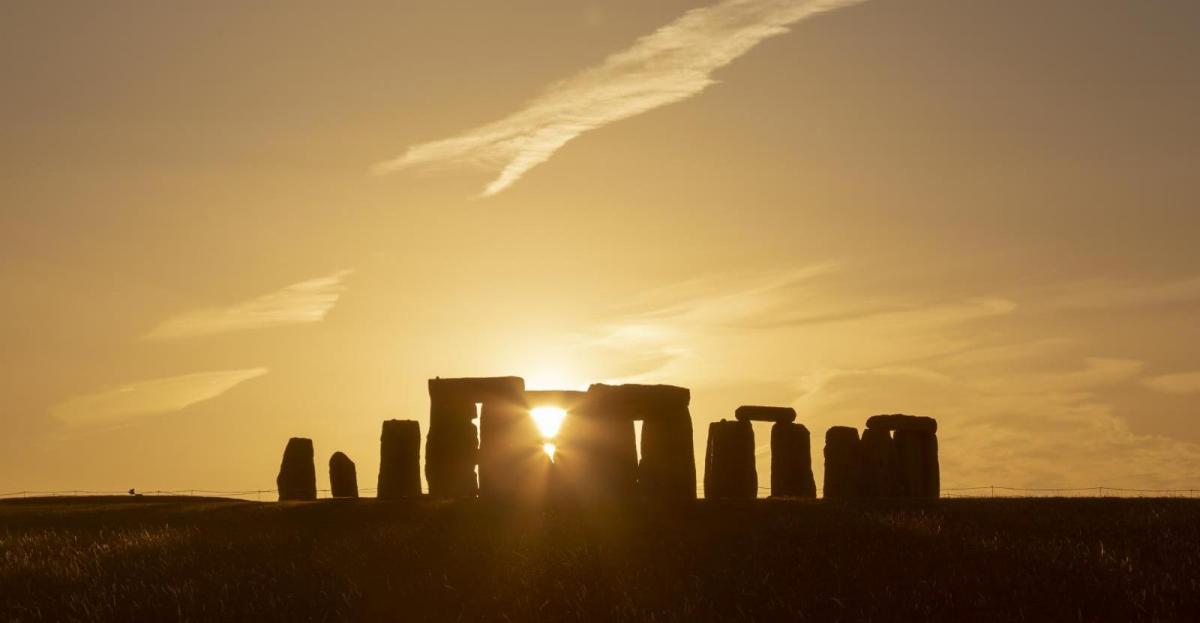 Summer Solstice today, but not feeling so summery in the south

It’s the Summer Solstice today, the astronomical start to summer, but it may not feel like it in the southern England today, with grey skies, persistent outbreaks of rain and a cool northeasterly wind on the menu for today. In fact, many will be wondering where summer has gone over the next few days, as it will be cool with temperatures below average for the time of year across all parts, we could even see a touch of frost across sheltered glens of Scotland the next few nights. Warming up a little from mid-week though,as we lose the cool northeasterly or northerly flow. 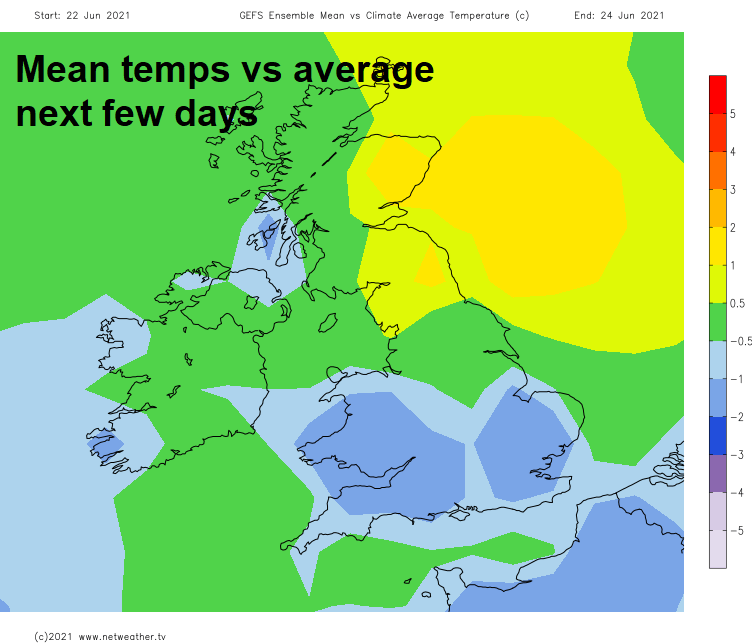 For now, low pressure over France and a slow-moving frontal boundary separating warm and humid air over the near continent and cooler and drier air to the north over central and northern areas will produce grey skies and persistent outbreaks of rain across southern England for much of today. Because southern areas will be on the northern side of low pressure, there will be a brisk and cool northeasterly wind too. So, it certainly won’t feel like the summer solstice and the start of summer. Rather a lot of cloud across the rest of England and Wales today, with the odd spot of rain or drizzle in places, especially central and northern England - where as weakening front will move south here.

An improving picture heading further north across Scotland and for N. Ireland under a ridge of high pressure – which will ensure it will stay mostly dry with some good spells of sunshine. Highest temperatures today could be across central Scotland – where we see the sunny skies, high of 19C here, elsewhere we are looking at 14-16C under the rain in the south, 16-18C with some brightness.

Rain will linger for a time across southern counties of England this evening and tonight before rain mostly clears south into the English Channel by dawn. Elsewhere, clearing skies from the north will allow temperatures to fall into single figures across the north, falling low enough in sheltered glens of the Scottish Highlands for a touch of frost even. 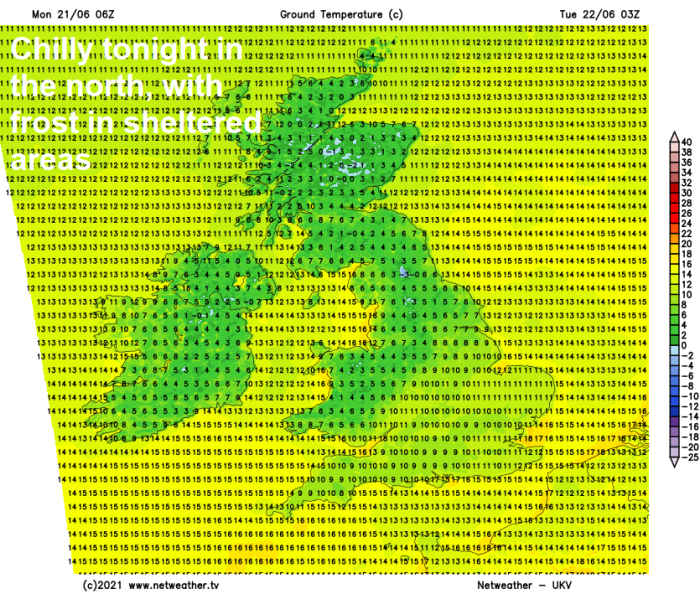 A much better day on Tuesday in the south as low pressure clears away on the near continent and that ridge of high pressure from the Azores expands across all of Britain. Most parts dry with variable amounts of cloud and some sunny spells, though cloudier skies may take some time to clear SE England in the morning. Lighter winds will mean it will feel pleasantly warm in sunshine too, temperatures reaching 15-18C, perhaps 19-20C in places like Cardiff and Liverpool. However, it will turn cloudier across Northern Ireland, northern and western Scotland during the afternoon, with patchy rain arriving by evening.

Fine, dry and sunny weather hanging on across the southern half of England and east Wales on Wednesday, cloud spilling in from the northwest across northern areas and the far west, bringing outbreaks of light rain or drizzle. With the cloud and rain toppling in over the top of high pressure retreating to the west will also be warm and humid air, so despite the cloudy and damp conditions in the north, temperatures reaching 16-19C. Across the sunnier south, temperatures reaching 19-21C – so returning closer to average highs for June. 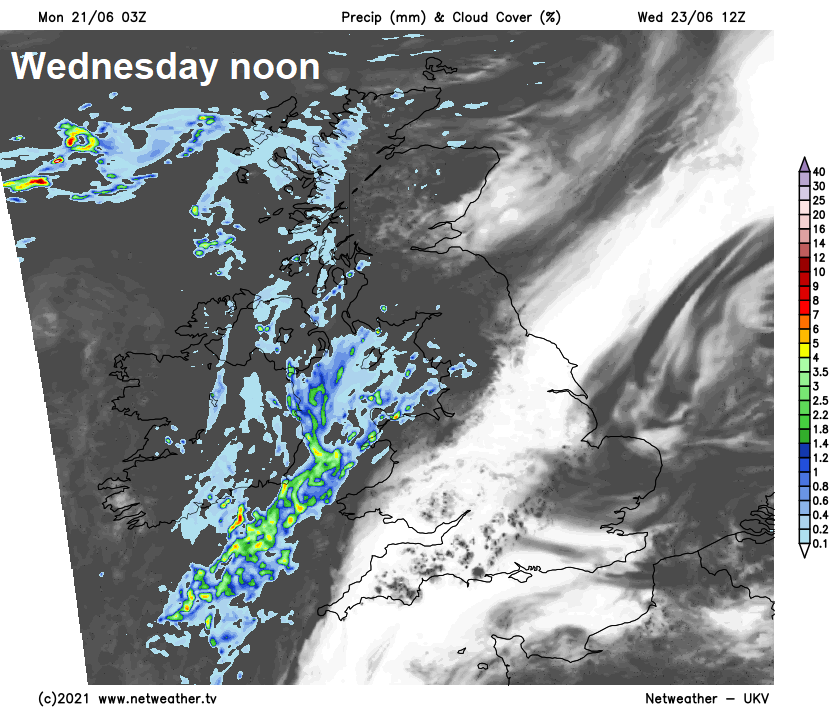 An area of low pressure close to NW Scotland mid-week, bringing cloudy and damp conditions to northern areas, looks to sink south across Ireland on Thursday and Friday, with rain turning heavy and persistent across Scotland and N. Ireland for a time on Thursday, showers developing across other northern and western areas, but SE England and East Anglia may stay dry and sunny. Some uncertainty by Friday, but with low pressure over Ireland and SW Britain, showers maybe for England, Wales and N. Ireland – while Scotland turns drier and sunnier, as a ridge of high pressure builds here.