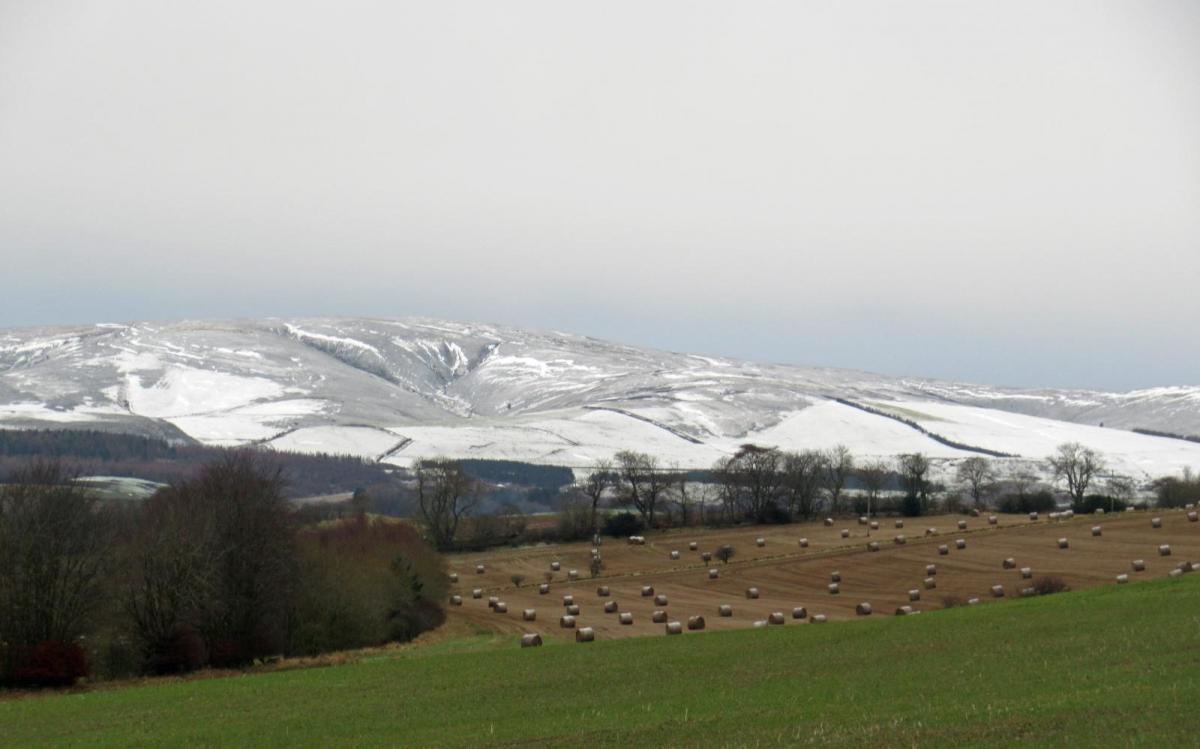 We have a lull midweek, not a glorious one but at least a break from heavy rain or snow. It soon returns, there are already weather warnings for Thursday and flooding concerns continue. Low pressures are just barrelling in from the Atlantic all week. There is milder air to the south but still cold air holding on in the north which brings the likelihood of snow on the leading edge. These frontal bands will bring more rain to already sensitive areas, adding to the saturated ground, into the river catchments and melting the weekend’s snow. It also becomes more windy. 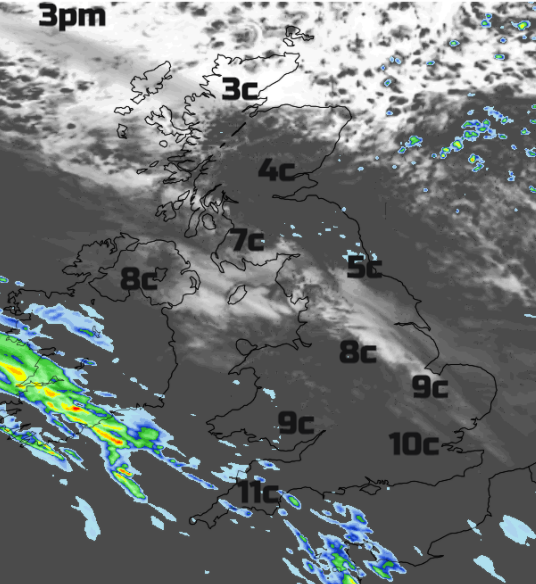 There is a lot of cloud about this morning with patchy light rain from old fronts heading east and the first signs of an incoming warm front away to the SW. Cardiff and Exeter start the day around 8C whereas Edinburgh and Glasgow are at 2C. So again there is a contrast across the UK. For the far north of Scotland fine, bright and cold with wintry showers. Around 4 or 5C for rest of Scotland into NE England but milder air reaching over Northern Ireland, Wales and England with very light winds. 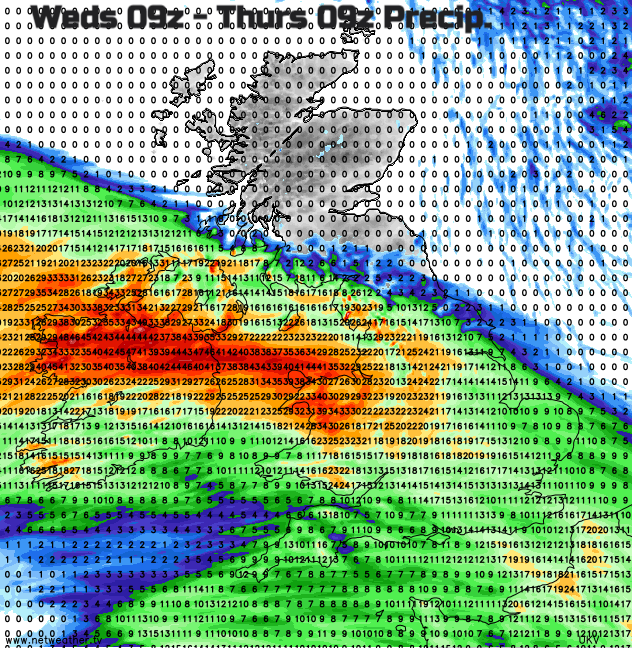 It will begin to rain over SW England and south Wales this afternoon into the evening, light and patchy to start with. Tonight the occluding system moves in up over Northern Ireland, all of Wales and more of southern England and heavier rains sets in around midnight as the winds pickup from the east then SW. Around that time snow begins to fall over the north Pennines and hills of southern Scotland with the rain reaching across the Central Belt before dawn. Snow for Argyll, The Trossachs and Stirling, possibly further north too. 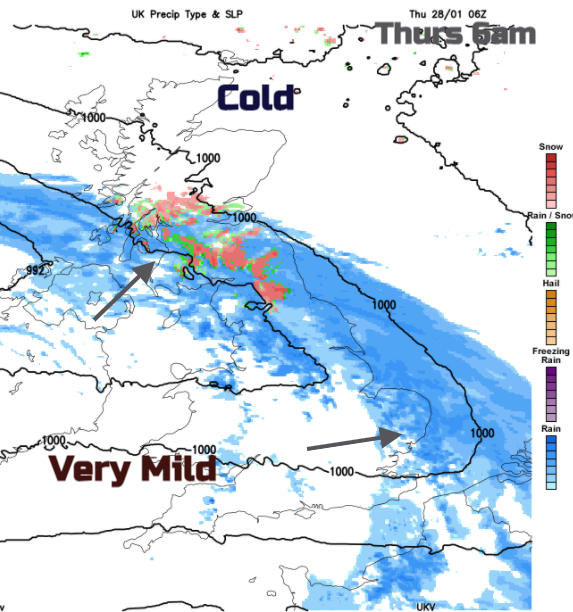 “Snow may fall to lower elevations for a time with some locations seeing several cm by morning, however above 200 m elevation significant and prolonged snowfall is possible throughout Thursday, with the potential for 15-30cm to accumulate which may lead to transport disruption". MO

The band slows down and could bring snow to the high ground of NE England, even the North York Moors, there is some uncertainty with the following milder air and rain/snow balance. The band does pivot east/west during the morning bringing more rain and hill snow, hence the high snow depths mentioned. It will be cold over northern Britain with temperatures around 2 to 5C, if you add on icy rain and the wind it will feel miserable. Further south, it should brighten up, there will be a brisk west wind but it will be mild. Temperatures of 10 to 13C, quite a change from Sunday.

The snow area edges up over more of inland northern Scotland, turning to rain further south in a cold easterly wind. The next weather system then nips in from the SW of Britain bringing another band of heavy rain. That moves over Wales, Northern Ireland and then England during Thursday evening and again could bring hill snow as it hits the cold air over Scotland during Thursday night. 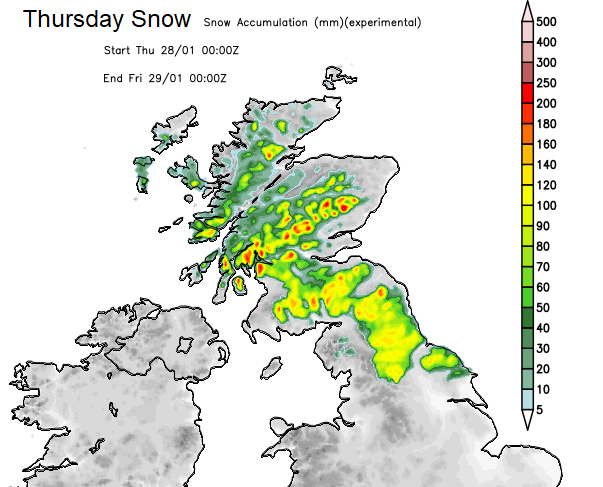 Heavy showers wrap around this low and everything gradually pulls away into the North Sea on Friday allowing the colder air to sink into Northern Ireland and more of northern England. This boundary does yo-yo about.

Colder with a slight lull by Friday night although another frontal band looks to have reached SW England ready for Saturday morning (linked to Tempête Justine, heading to the Bay of Biscay). This might need watching as again it’s up against cold air for southern England. Feeling colder at the weekend in areas that have been mild and a widespread frost for Britain on Saturday night. Then the next low pressure will be heading in from the west with strengthening winds, more rain and the possibility of snow as the front hits that cold air. 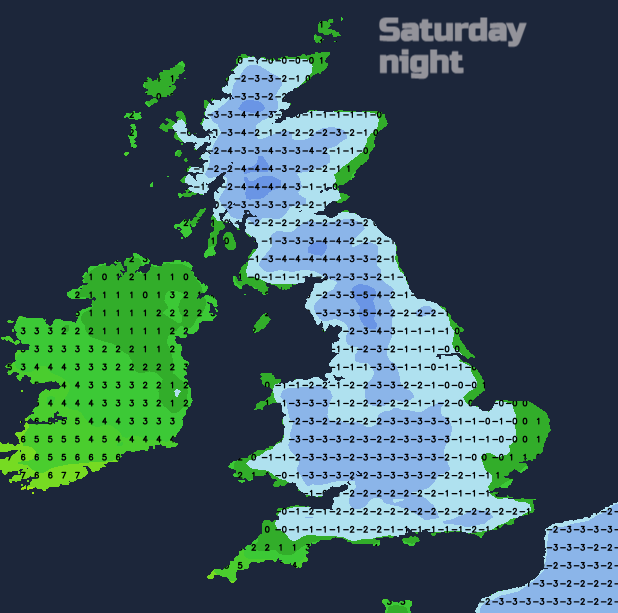 So, impacts expected from the snow over hills of northern England, significant snowfall for the higher ground of Scotland across central and southern parts with snow at times to lower levels. Turning colder for the weekend and windy and with this extra rain, the Environment Agencies are warning that “land, roads and some properties could flood and there could be travel disruption. “