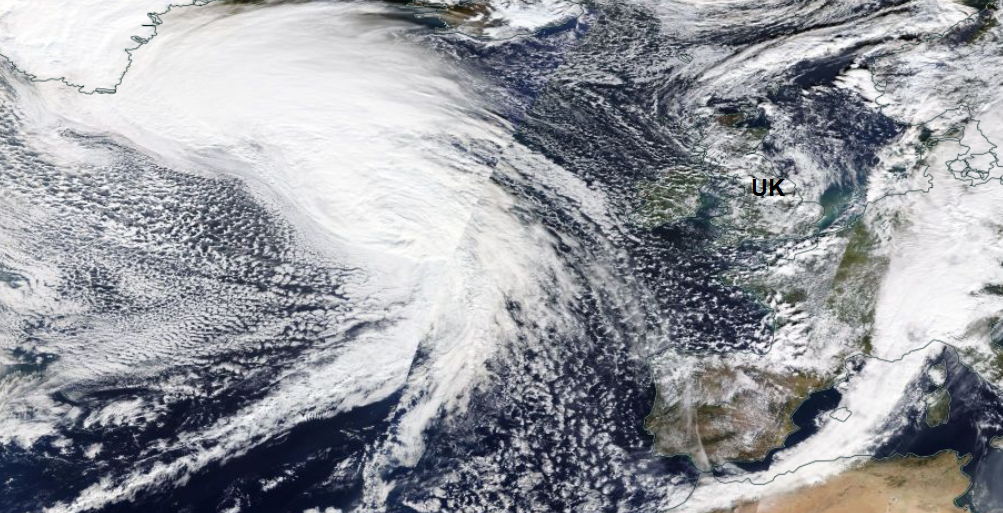 This week sees blustery unsettled weather for the UK with a scattering of showers, some heavy and thundery then more persistent rain for the second half of the week and a windy Halloween weekend. A large Atlantic low pressure is lurking out west and dominating our weather for the next few days, even though it doesn’t reach Europe, heading back to Greenland whence it came.

The 2020 Atlantic hurricane season just keeps on going. For the start of the week, Hurricane Epsilon was passing south of Newfoundland, and now Hurricane Zeta is over the Yucatan peninsula of Mexico.

Zeta is the 27th named storm this active season. It is bringing heavy rain and storm surge to Mexico on Tuesday also rains for the Cayman Islands and western Cuba and then strengthen over the Gulf of Mexico as it heads towards Louisiana with Mississippi, Alabama and the Florida panhandle. 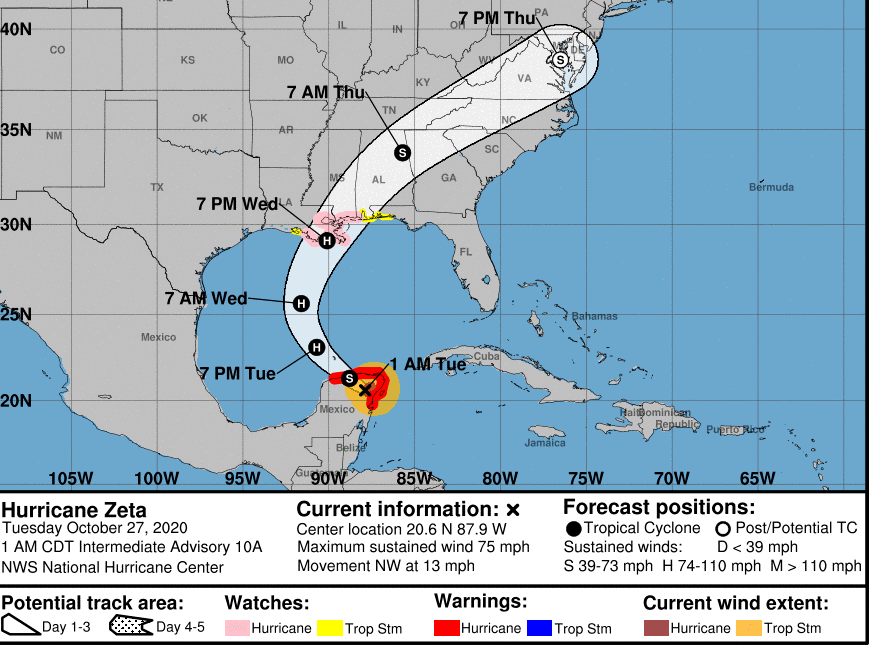 By Friday 30th post-tropical Zeta is forecast to be moving out of New England over the Atlantic perhaps interacting with our UK weather early next week.

This week, it is post-tropical Epsilon that is influencing our weather. What was once Hurricane Epsilon has lost its tropical status and transitioned to a more usual low pressure but also become entangled in a rapidly deepening major low moving off the tip of Greenland. This encompasses Epsilon but absorbs all the lingering tropical energy. There are large temperature contrasts across North America, which are strengthening the jetstream. As the low pressure encounters an area of strong development, we see this low pressure deepening further by midweek. Synoptic charts show pressure around 943hPa on Tuesday morning.  It stays out at sea, which is a relief but will still bring blustery showers right across the UK. 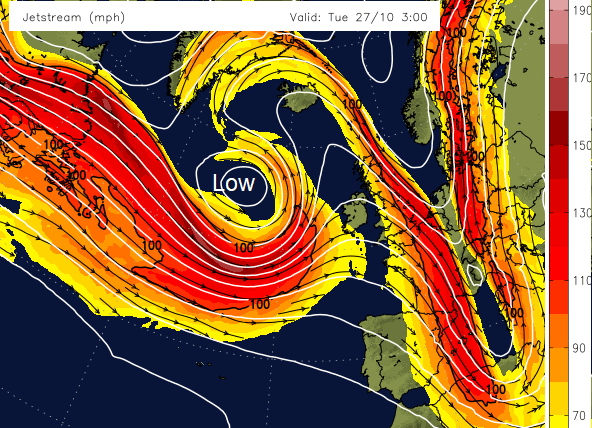 As it retrogrades north-westwards a new low pressure and frontal bands nip up from the SW and bring a lot of rain to western Britain. The Environment Agency is already highlighting a risk of flooding.

Widespread flooding is possible but not expected in Wales and north-west England from rivers and surface water on Thursday and Friday. This is due to heavy rainfall falling on wet catchments. Further heavy rain is forecast over the weekend in similar locations. Properties may flood, and there may be travel disruption. 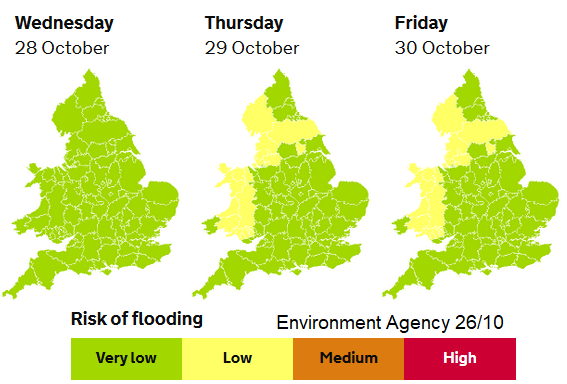 There will also be heavy rain for western Scotland and at times for Northern Ireland. There is some uncertainty about where these conveyors of rain will set up shop and so which parts of Ireland and the UK will see the most rain, but with already soggy ground and so much more rain in the forecast, the Met Office has already issued an initial yellow warning for Wales and NW England.

"...whilst areas of higher ground exposed to strong southwesterly winds are likely to see 50-80 mm. The heaviest rainfall, however, is expected to be across the hills and mountains of northwest Wales where 100-130 mm of rainfall is possible by the end of Friday."

There will be even more rain at the weekend. Farmers will be unhappy.  It will become windy on Thursday and wild at the weekend as another low pressure moves by.