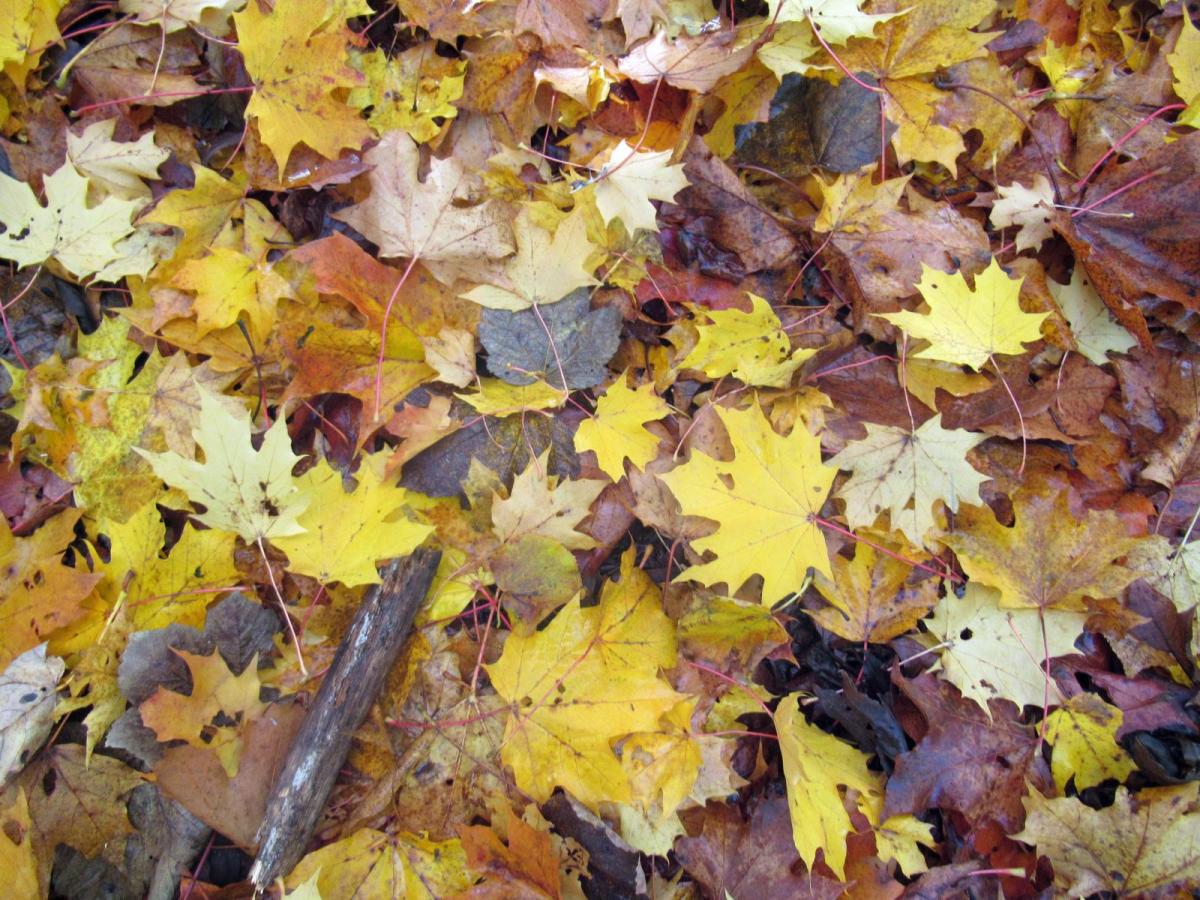 Ex-Epsilon adds tropical oomph to a wet and blustery week

The end of October often throws up lively weather with a significant storm or two.  As North America becomes colder, yet warm air can still pulse up over the Atlantic from the south, the Jetstream becomes extra powerful. Added to that the hurricane season continues. Currently, Tropical Storm Zeta is heading for Yucatan, Mexico then the Northern Gulf coast of the US as so many have this season. Of more interest for Europe, particularly surfers and those on half-term in the UK, is Epsilon. 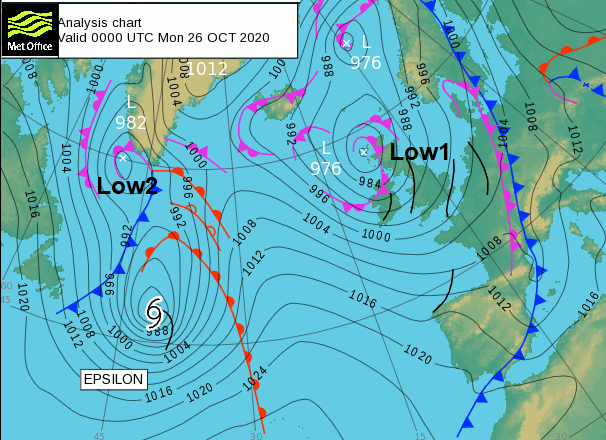 What was Hurricane Epsilon weakened to Tropical Storm strength but now transitioned from its tropical status.

“Epsilon has been declared a post-tropical Cyclone. The cyclone will remain a very powerful and dangerous storms until it is absorbed by another large extratropical low pressure system over the north-eastern Atlantic. “ NHC

The jetstream is enabling Low2 to rapidly deepen and this then entrains the remnants of Epsilon.  The swell charts are already causing a stir as this significant low pressure moves closer to western Europe but then lurks through the middle of the week to the south of Iceland and NW of the UK. It is then shoved out of the way, towards Greenland on Thursday by a new frontal system which will bring heavy rain to western Britain and Ireland with ongoing rain for the rest of the week. It all looks very unsettled with plenty of rain and blustery winds. That’s autumn for you. 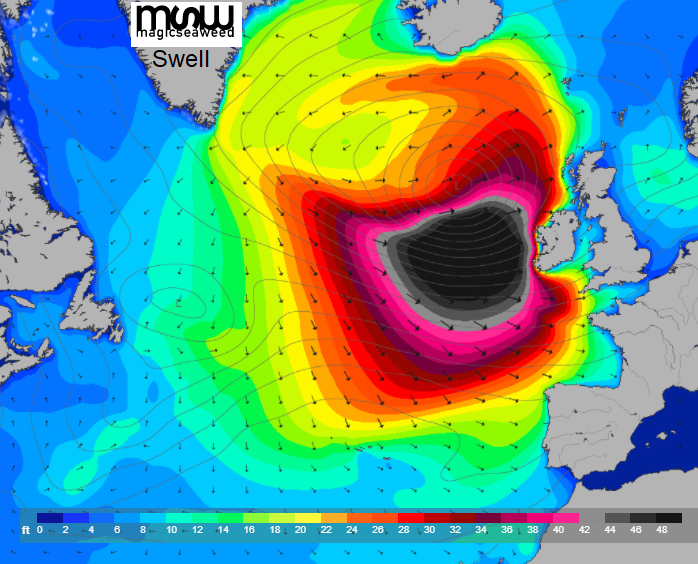 Before that, we have another low pressure (Low1) over the UK bringing lots of showers. The low leans eastwards today over Scotland, filling slowly. A rash of showers will affect western Scotland today and this morning for northern England, particularly the NW. Some of these could be heavy and thundery with hail at times with strong NW winds, even gales around the coasts. Clusters rotate over Northern Ireland and Wales, SW England pushed on by west to NW winds. There will be bright skies and sunshine with a few lingering showers through the day but overall fine enough by this afternoon. It will feel cool in the breeze at 11 to 13C. For the rest of England, bands of heavier showers work their way eastwards resulting in spells of dark clouds and rain but then clearance and fewer showers by the evening as pressure rises away to the SW.

This is ahead of the main Atlantic low, the combination of Low2 and what was Epsilon. Low1 pulls off into the North Sea with some blustery winds for coastal areas. It becomes clear and cold, the showers fade, and the winds ease down just for a time. Inland Scotland will see a touch of frost, Northern Ireland might briefly around midnight, but cloud and the rain will appear for Ireland, Cornwall, Devon and Pembrokeshire before dawn. There is milder air caught up in this system and the southerly winds freshen for Tuesday morning 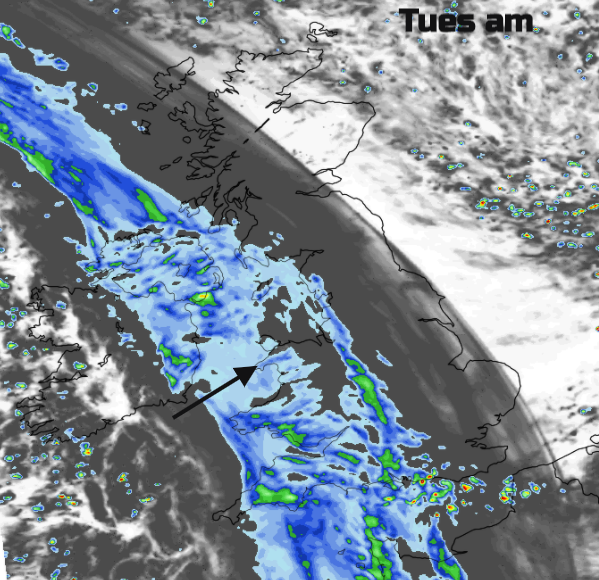 Behind the frontal rain which looks to include line convection on its back edge as it clears Northern Ireland or western Scotland at lunchtime, temperatures will rise into double figures in the westerly wind. The clearance will bring sunshine and blue skies, quite a change but a scattering of sharp showers for SW Britain. Although this is more rain on the soggy ground it is moving through quite quickly. Grampian looks wet during Tuesday night and the winds may need watching as a new little low centre forms over the North Sea. Heavy blustery showers appear for western and southern UK with the risk of hail and thunder blown in on brisk SW winds from the main low. 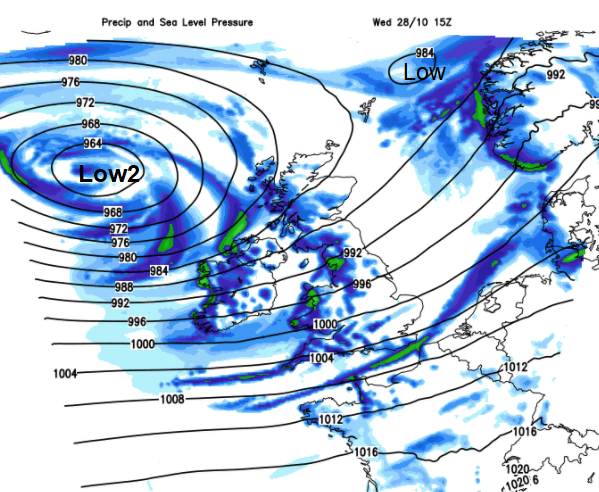 Wednesday looks blustery with heavy showers, particularly for western Wales and Cumbria, with bright spells. There are concerns about the amount of rainfall later in the week and so flooding issues. It will remain unsettled, with strong winds at times but with much milder air drawn up from the south.