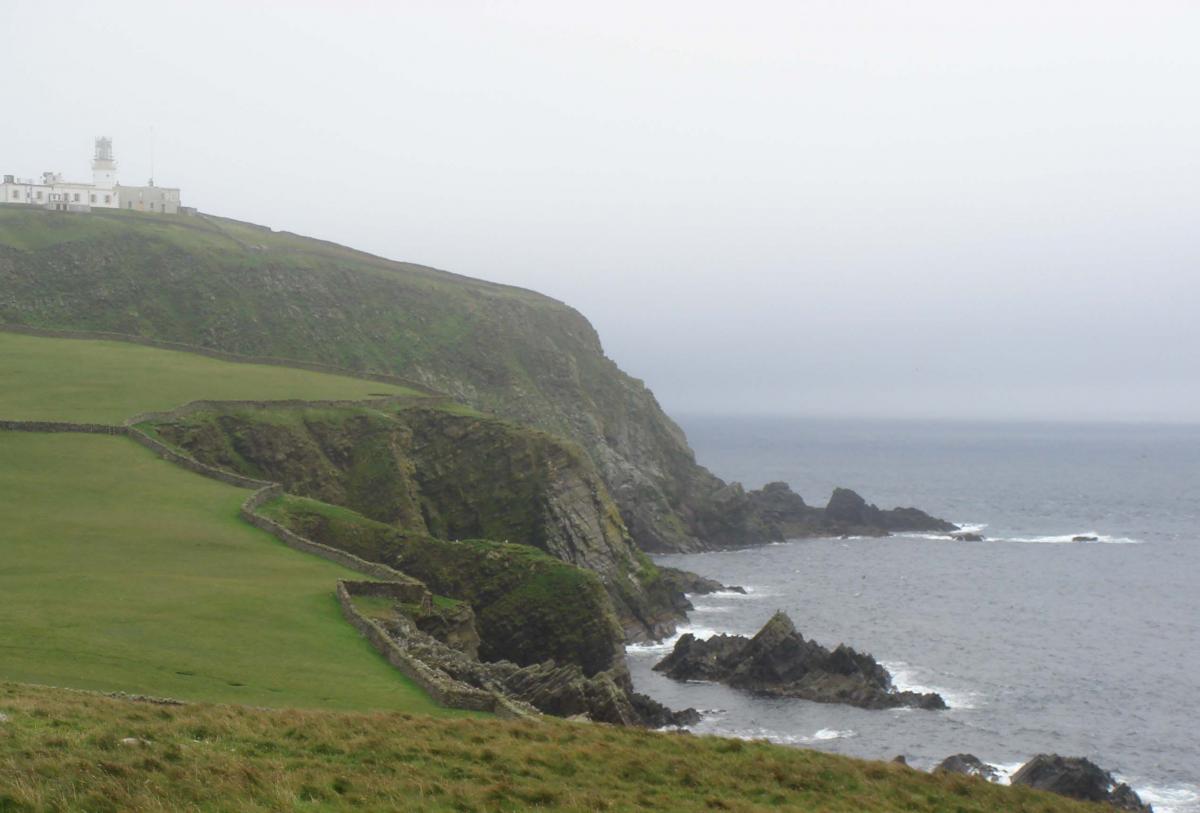 It will be a cold and mostly cloudy weekend, with light showers in places, but with high pressure in charge, for many it will stay dry for much of the time with generally light winds. However, it’s all change next week, as the anticyclone bringing benign weather this weekend will relax its grip and retreat as the jet stream dives south and carves out a trough to the west of Britain. This will serve to pull deepening areas of low pressure northeast towards the UK, bringing windier conditions with rain or showers at times. Though with winds blowing from the south or southwest it will, at least, turn milder, with temperatures reaching 16-17C for a time. 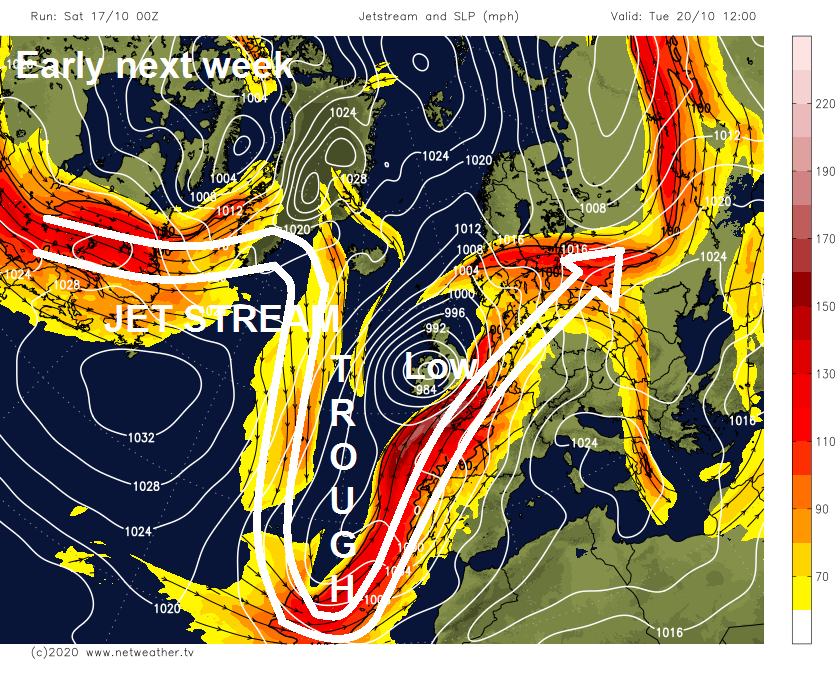 For now, it will be a generally grey picture for many this morning, with extensive low cloud, but there will also be some breaks bringing some brightness in places, particularly in the far south and west. Most will be dry but there will be further patchy light rain or drizzle across southern and eastern counties of England along with north and eastern Scotland and coastal parts of N. Ireland.

Not a great deal of change through the afternoon, staying mostly cloudy with further showery light rain or drizzle pushing southeast across northern and eastern Scotland, northern, central and eastern England. Also some showers through the English Channel could push in across Cornwall and Devon at times too. The odd spot of light rain or drizzle can’t be ruled out elsewhere, but for many it will stay dry, with cloud breaks developing to allow some brightness or sunshine, particularly across sheltered parts of SW England, Wales, NW England, western Scotland and N. Ireland. Feeling cold though in the northeasterly flow, highs this afternoon below average, reaching 9-11C across Scotland and N. Ireland, 11-13C across England and Wales. 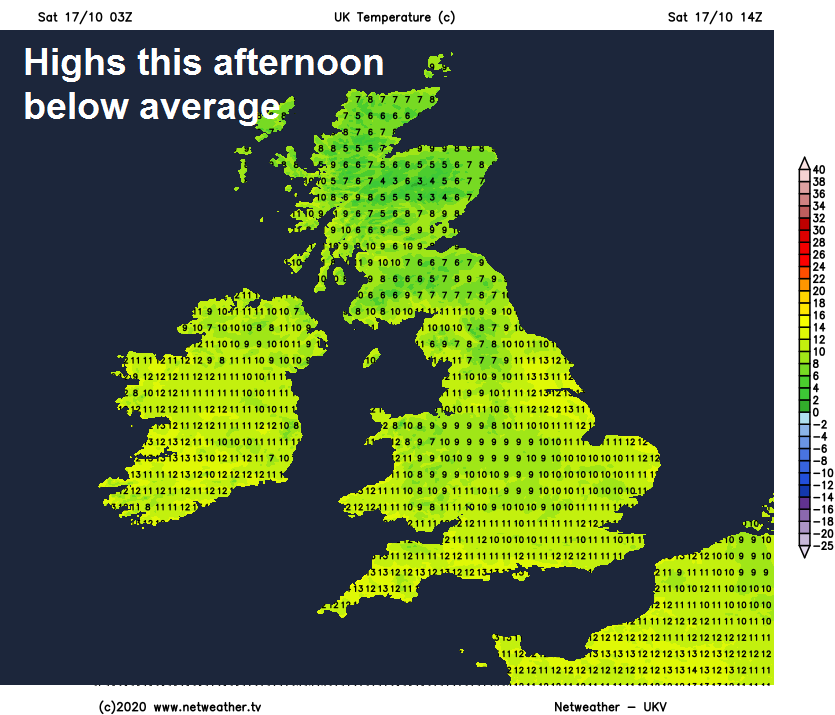 Staying generally cloudy overnight, misty with low cloud hugging the hills, further showers of light rain or drizzle will push inland across eastern Scotland, northern and eastern England at times, the odd burst of light rain or drizzle possible elsewhere too, particularly over hills. Some clear spells possible though across Wales and southern England, which may allow some fog patches to form. Temperatures falling to around 7-9C.

After another mostly grey and misty start, Sunday will be another generally cloudy day, some showers of light rain or drizzle again, but this time mostly affecting central and northern England, N. Ireland and western Scotland, NE Scotland drier while southern England and Wales could stay mostly dry with a better chance of some brightness compared to today. Outbreaks of increasingly heavy rain will develop across N. Ireland and later Cumbria and western Scotland through the evening. 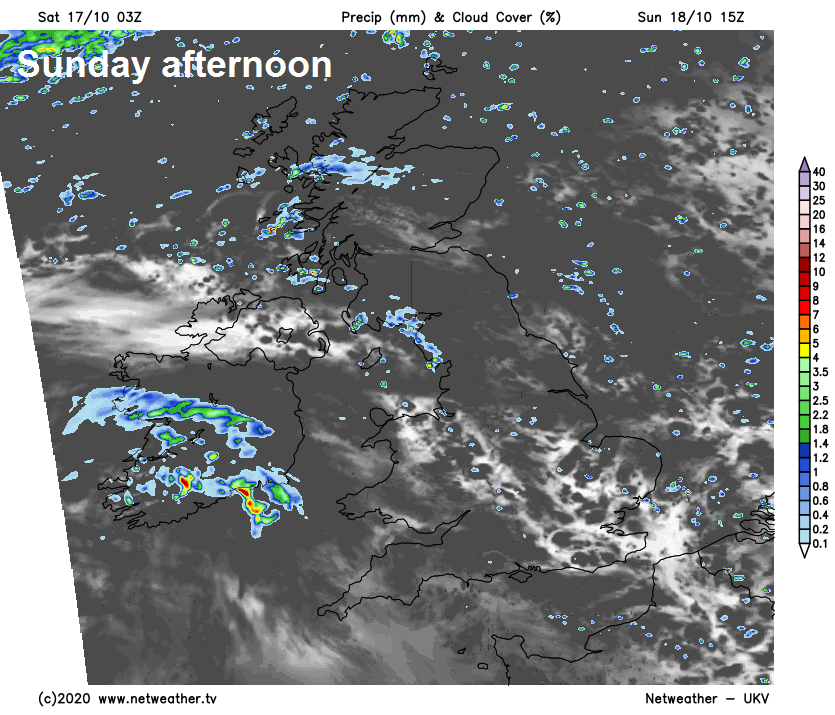 Outbreaks of heavy rain and strengthening winds spread northeast from N. Ireland across much of Scotland Sunday night, clearing for a time before further pulses of heavy rain move in from the southwest through Monday, patchy rain spreading in across NW England and Wales too, but less heavy. Windy in the west too, with winds gusting to 30-40mph. But for central, southern and eastern England, although it will be breezy and increasingly cloudy, it will be dry and with winds from the south it will feel milder too. Temperatures reaching 11-13C in the north, 14-16C in the south.

Increasingly unsettled and windy next week, but turning milder for a time too, with winds from the south or southwest.

A windy day on Tuesday, rain clearing the north in the morning to join elsewhere to sunshine and showers, most of the showers in the west by the afternoon. Thicker cloud and rain perhaps reaching the far south later in the evening.

Some uncertainty for now, but perhaps a spell of wet and windy weather moving up across parts of England and Wales on Wednesday, before clearing northeast in the afternoon, showers elsewhere. Remaining unsettled and windy Thursday and Friday, with further showers or longer spells of rain spreading from the west. 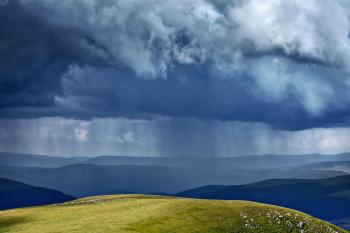 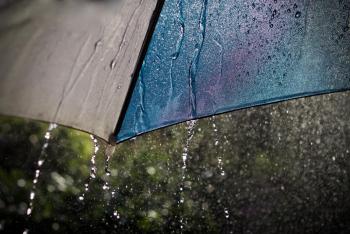 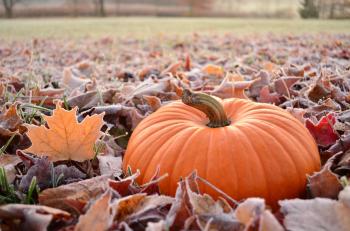