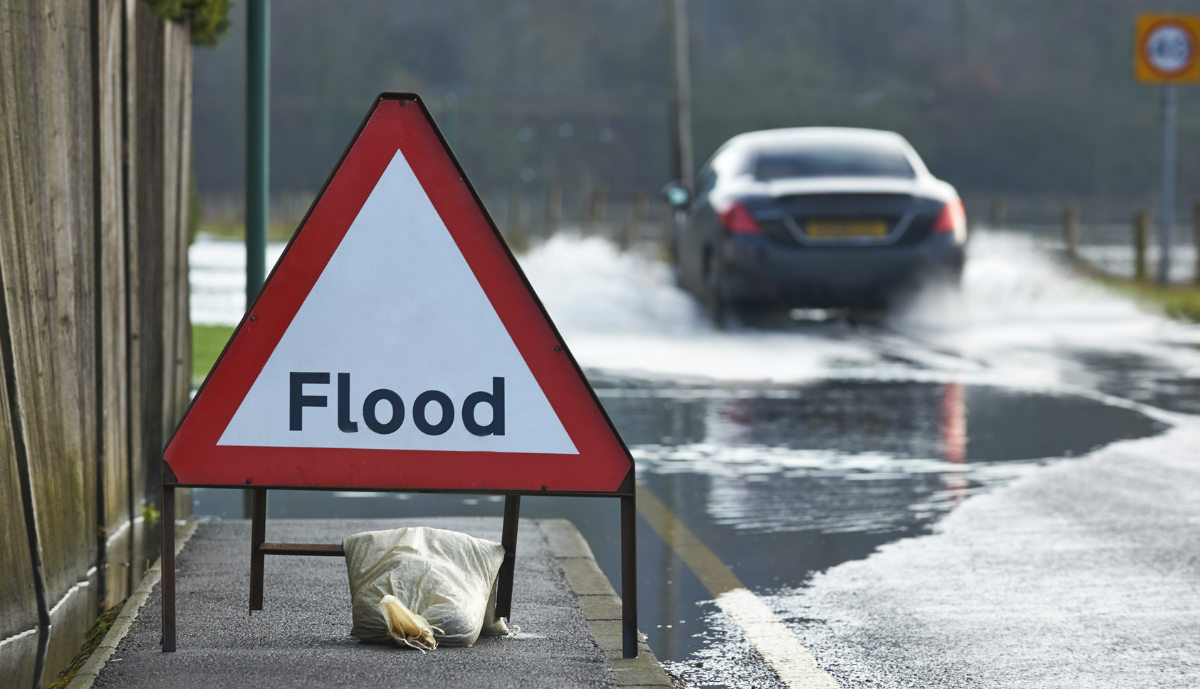 Finally, the persistent rain is going to start to ease as we end the weekend. Beyond it, the weather will stay unsettled with low pressure well in charge, but for the next few days at least, it'll be a case of sunshine and showers rather than never-ending rain.

Many parts of the UK have been deluged during the last 24-48 hours, with many areas seeing 50mm or more. The rain totals from the last 24 hours tell the story with really only the far southwest missing the worst of it. Eastern Scotland has just about been the wettest region, with totals over 100mm in places. 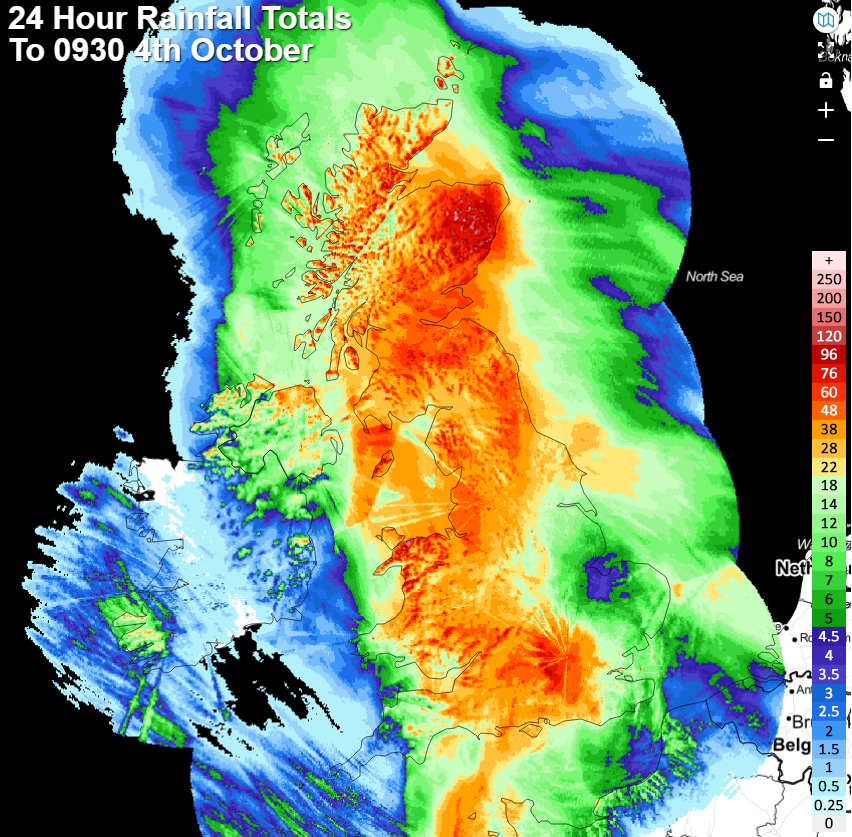 At the time of writing, there were 90 flood warnings issued for England, 42 for Scotland and 20 for Wales for both surface water and river levels. Please do check in with your respective agency if you're concerned about flooding in your area.

The heavy rain will be slow to clear from western and southern Britain today and will continue to affect Ireland (North and South) through a good part of the day, but it should begin to become a little less intense, and more patchy at least. Elsewhere, it'll be a drying out day, but with some showers around, especially in Scotland and Eastern England. With low pressure still over England and Wales, the wind will also be a noticeable player in southern and particularly southwestern parts England, along with Southern Ireland, with gales possible near to coasts.

Temperature-wise, it won't be an especially warm day anywhere with the mid-teens about the peak in parts of western Scotland and Northwest England. It'll feel coldest further south, under the rain and with that wind, with some places potentially struggling to make it out of single-figures. 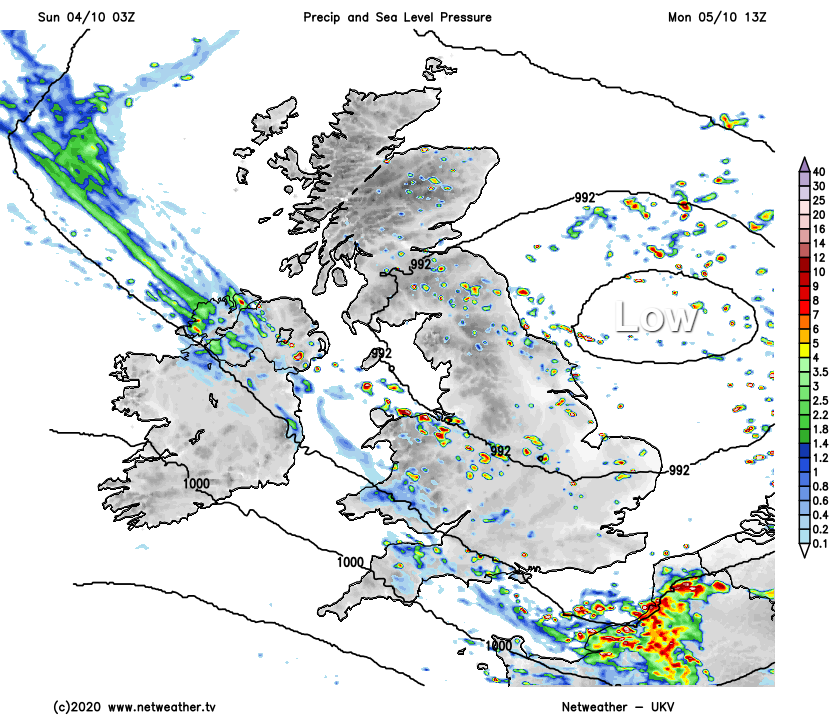 As we move into the start of next week, our resident low pressure will be just out into the North Sea, edging slowly north. So, Monday will keep the unsettled theme going, with sunny spells and showers. Some of those showers may merge at times to bring a more prolonged period of rain or two, but nothing like we've seen over the last 24 hours. The wind will still be blustery, particularly near to coasts (with the west of Scotland perhaps the exception), but with some sunny spells breaking through, highs of 13-16c shouldn't feel too bad.

The low pressure will carry on drifting north through the North Sea on Tuesday, moving up near to Scotland. It'll bring another day of sunshine and showers with it, with those winds still noticeable and swinging more into the northwest. 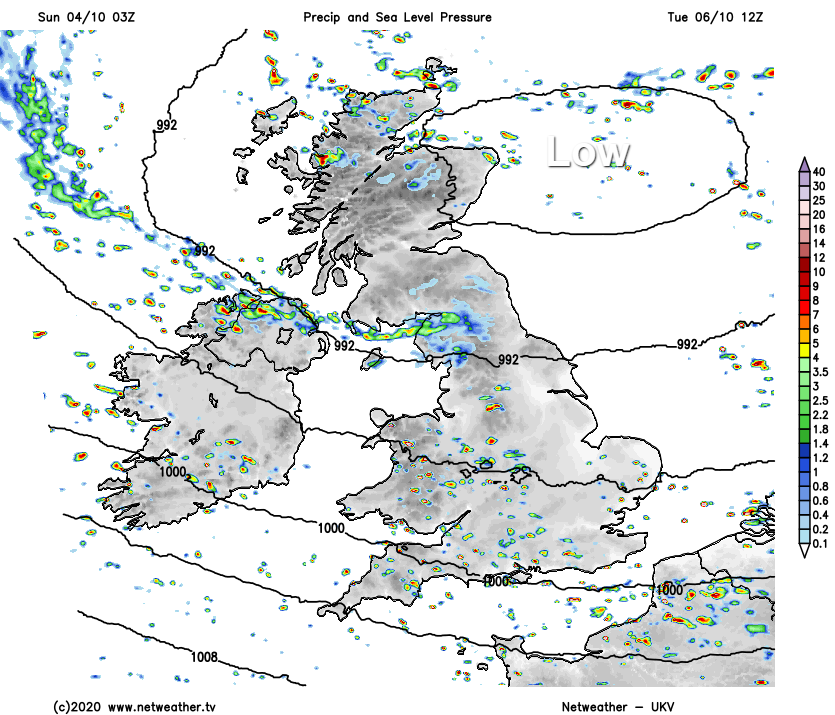 The low still won't be too far from the northeast of Scotland on Wednesday, with the northwest wind potentially a touch stronger. But, with the low being a little further away but then, it may be that the showers become more limited to the north and especially northwest of the country, with those further southeast more sheltered.

Into Thursday, and at last, the low which arrived this weekend will be out of the way. But, right on cue, another is set to follow in off of the Atlantic, bringing the next spell of wind and rain with it.