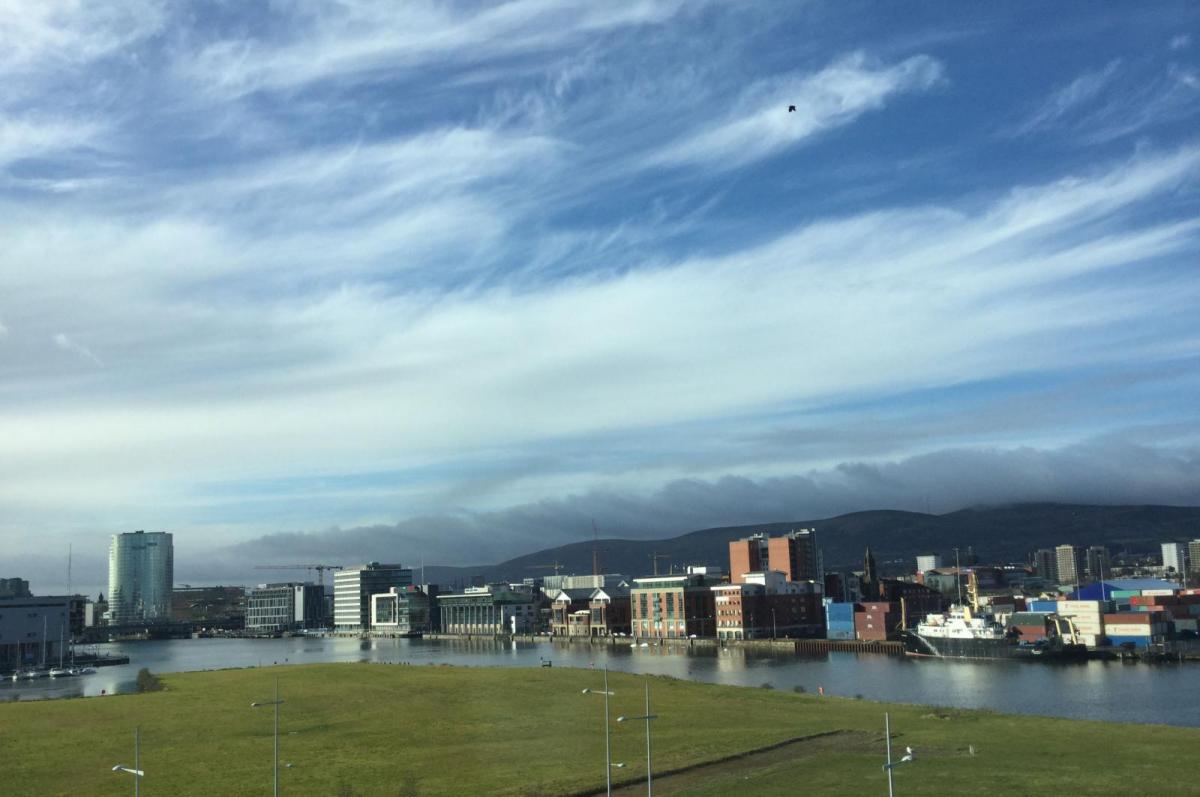 It is going to feel cold today in a brisk north to northwest wind. This chilly flow is around an area of low pressure out in the southern North Sea. This low is still bringing heavy rain to eastern England and this continues today with a rain warning for Lincolnshire and Norfolk and a strong wind warning over East Anglia throughout Friday. It will be a grim day here. The weekend brings a lot of fine weather, cool nights and gradually lighter winds away from eastern England which looks to stay grey and at times damp. 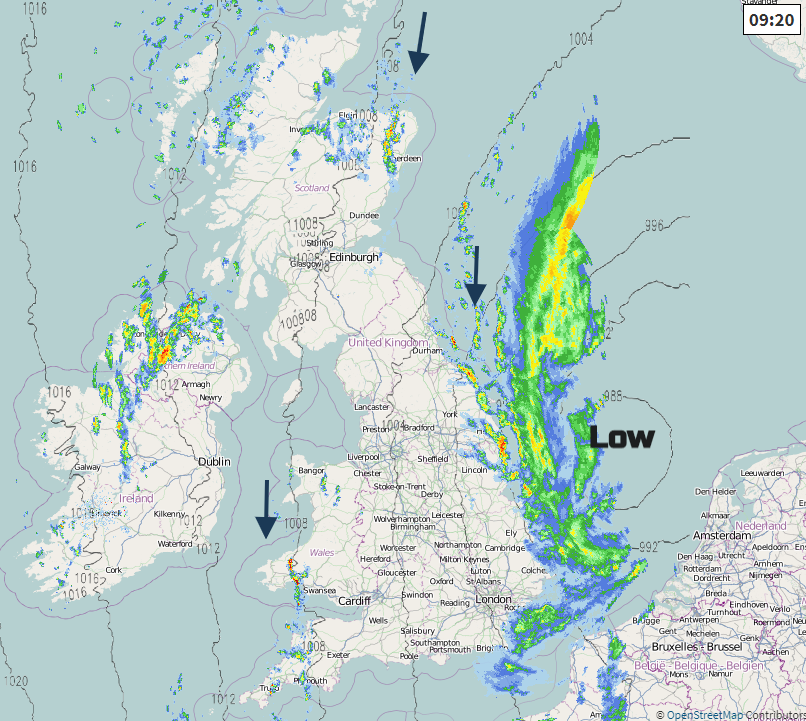 Today marks the Equilux here in the UK (Equal light). When the length of day and night are exactly equal. It was the autumn Equinox on Tuesday then the Sun illuminates the northern and southern hemispheres equally, the Sun crosses the equator's path and becomes positioned exactly above the equator. It is noticeably darker now in the evenings and adding in this cold wind, the rain and even some hail this week there has been a distinct change in the weather as autumn sets in.

Many parts of the UK are now in clearer, bright or sunny conditions with this chilly wind. That wind is bringing clusters of showers to SW Britain, a Pembrokeshire dangler in the northerly flow. Even a few thundery bursts mixed in. Occluded fronts are also bringing rain to Northern Ireland and NW Scotland with showers reaching the Moray coast and down through Grampian. There also showers coming down in the northerly flow to NE England and the Yorkshire coast with the main rain continuing for eastern England into the SE. Again, with lightning reported. This is unstable air, cold from the north over relatively warmer seas at this time of year. 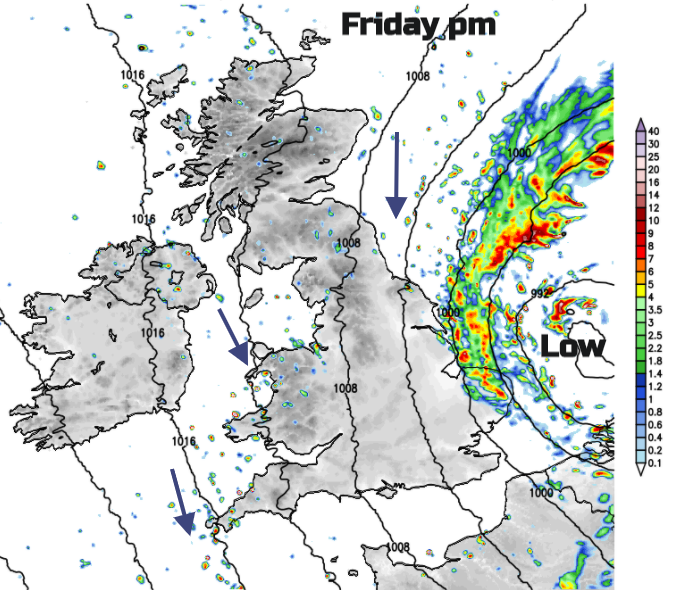 That rain just keeps on coming for Norfolk and Lincolnshire with large waves moving onshore in the strong northerly winds.

Showers from Northern Ireland make their way to Wales during the day. The early rain clears from London and SE England, even pivoting right to the coast of Lincolnshire and away from southern Suffolk. But Norfolk will feel the brunt of this today and with the gales, you might just want to stay inside.

Temperatures across the UK are just into double figures, inland southern Britain just into the mid-teens. When you add on the wind it will feel cold all day.

By this evening many places will be dry. The winds will ease down for Northern Ireland but when backed to a north-westerly there will be showers filtering through the Cheshire Gap. It will feel cold and the strong winds and more showery outbreaks just continue for Norwich, Cromer and Southwold.

Saturday starts off fine but cool for most still with a brisk wind for eastern England. Bands of showers and more cloud will be pushed over eastern England during the day becoming more confined to SE England later in the afternoon. The cold north wind remains a key feature for Saturday over Britain. Many areas will keep bright dry conditions, but it will just be chilly. Find your winter coat.

Saturday night should be dry across the UK although the low pressure continues to lurk near to the Low Countries. This will keep more cloud over East Anglia, so temperatures don’t plummet but still with a strong northerly. Cold for Northern Ireland, Scotland and higher parts of western Britain.

That cold north wind is still going on Sunday for East Anglia and SE England. There could still be lingering cloud, even some dampness here but for most Sunday looks sunny, dry and with light winds for Northern Ireland, Scotland and NW England it will be a lovely day for getting out. Plenty of fine weather for Wales and the rest of England but that chilly wind to contend with.