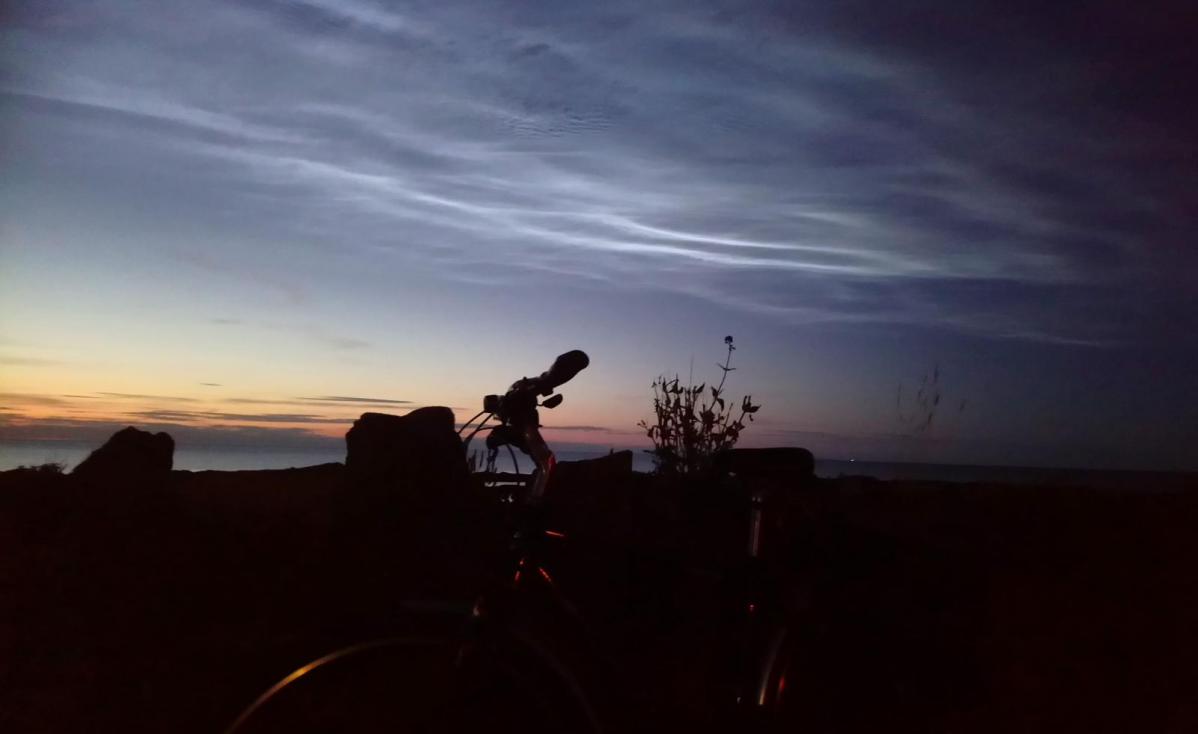 It seems a week can't go by during the COVID pandemic when UK cycling is not in the spotlight. Whether that was the lovely weather in lockdown encouraging more people to get out on their bike for the daily exercise, or Physical distancing measures being put in place to keep that upturn going as other traffic gets back "to normal". Further encouragement to keep cycling in your life there are new government initiatives to keep us fit and mobile, updates to the National Cycle Network and a review of the Highway Code.

It is great to cycling in fair, calm conditions and maybe not as appealing in the wind and rain but we have some heat on the way for the end of July if you are thinking about heading out this week and just a few lingering showers at the weekend as the brief peak in temperatures fades. Also a look at a few UK routes and the weather coming up.

1. Across Scotland - John Muir Way. Walking and cycling path across Scotland in ten sections from Helensburgh and Kirkintilloch in the west past the Kelpies at Falkirk, Linlithgow Palace to Edinburgh and on through East Lothian to Dunbar, or the other way of course. More chance of headwind cycling west this weekend.

There will be rain on Thursday becoming heavier at lunchtime into the afternoon. Friday will be very warm with temperatures around 25C and plenty of sunshine and light southerly winds.

Thursday - Early for Northern Ireland and NW England with patchy rain reaching across the Pennines to NE England. Later in the morning, the rain becomes heavy over Northern Ireland and SW Scotland as it moves northwards. Away from the rain, there will be light winds and a lot of fine sunny weather for England and Wales with temperatures up into the 20sC. The rain continues north during Thursday through Scotland with very wet conditions for the west coast. 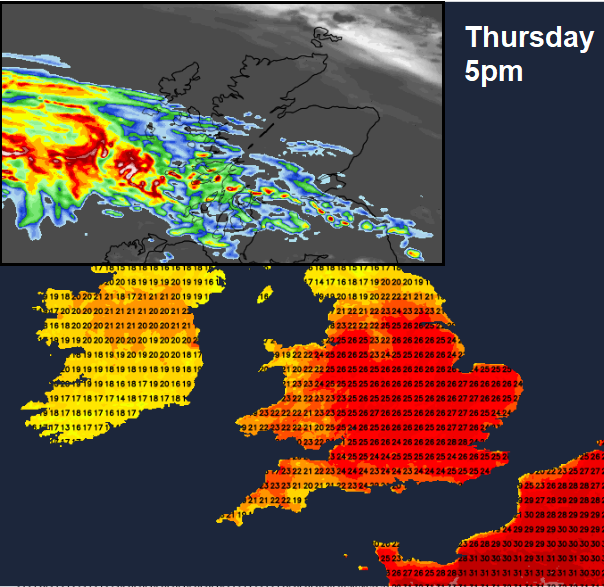 To the south of the rain band, Thursday evening looks fine, warm with light winds.

2. SE - Putney to Windsor or other way. 32 miles and 622 feet of ascent, a great riverside ride which includes Hammersmith bridge, Richmond Park, Kingston upon Thames, Hampton Court Palace and Staines to Windsor. Part of the Time Out Series. The heat from the south will be building by Thursday afternoon but not as hot as on Friday when temperatures will reach into the low 30sC. Thursday evening will be sunny, warm with light winds, remember your shades if you are heading west. 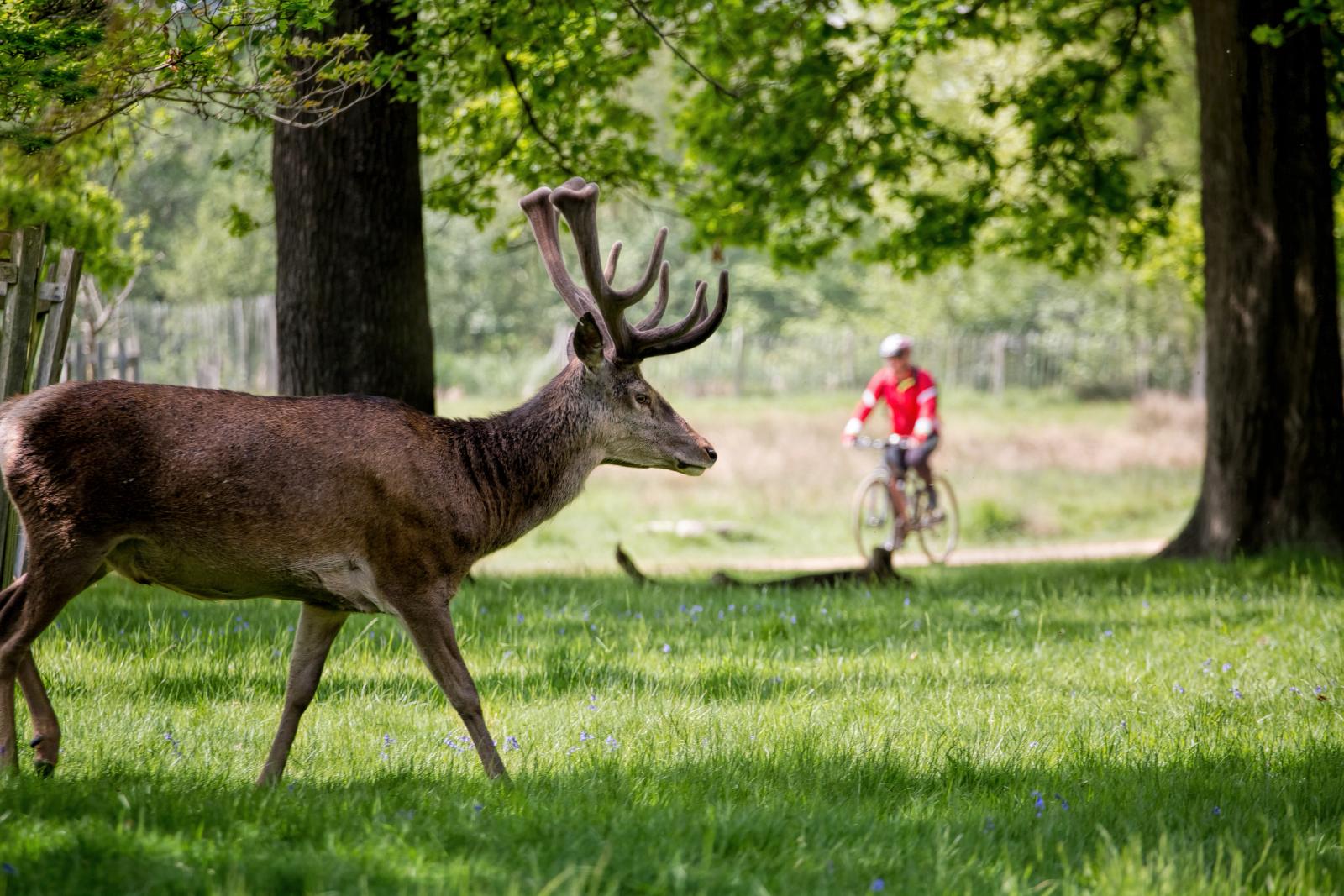 Friday - Bike commuters, there will be a lot of fine, dry weather about but the heat will soon build on Friday, it will have been warm overnight and the air pollution is forecast to be at least moderate around London. A line of showers will move eastwards over Northern Ireland during the day, into western Britain by Friday evening. There could be thunderstorms for SE and eastern England late afternoon, heading to East Anglia into the evening. Hit and miss as always but worth keeping an eye on the Netweather Radar app.

3. NE - Waskerley Way Newcastle, joining the Way to Consett. 55 miles and  2400 feet of ascent An entirely off-road route using the National Cycle Network, suitable for mountain, hybrid or cross bikes from the heart of Newcastle along the Tyne and Derwent valleys and then the Waskerley Way right on the cusp of the Pennines. Pedal North route.

If you are thinking about heading out later this week, Friday will be the hottest day with temperatures of 27C and a light South to SE breeze. July 2020 has been cooler than average and this later month burst of heat could catch people out, do remember your sunscreen. 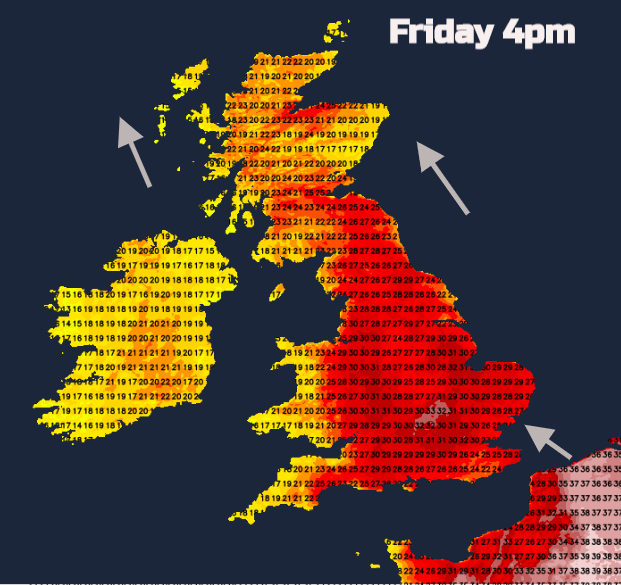 4. Cotswolds - Bourton on the Water a circular route of 26 miles and ascent 1788ft. This route takes you through the quiet roads and picturesque villages of the beautiful Cotswolds, through Lower and Upper Slaughter, starting and ending in Bourton-on-the-Water. 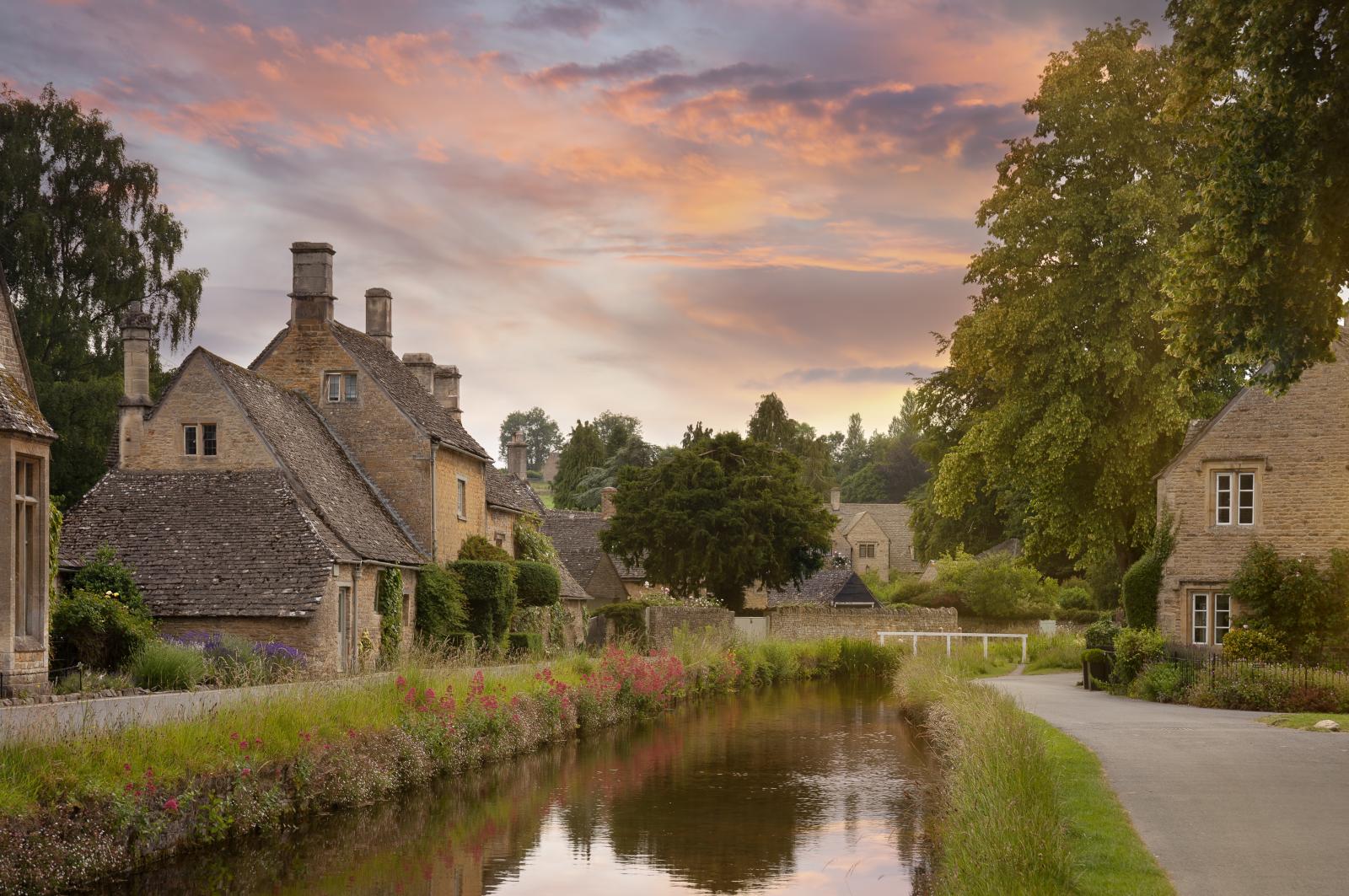 If you can't or don't want to head out in the heat on Friday, the weekend won't be as hot. A cold front with showers will have made its way across the UK and with a light westerly breeze. It will still be warm with strong sunshine, although a bit more cloud than on Friday. Temperatures will be in the low 20sC for the West Country, showery for Northern Ireland and western Scotland but still very warm for SE England at 26C for London.

Sunday - a bit more breeze and cloud about with a few showers from the west. Temperatures down a notch again, noticeably for SE England where there will still be very light winds.