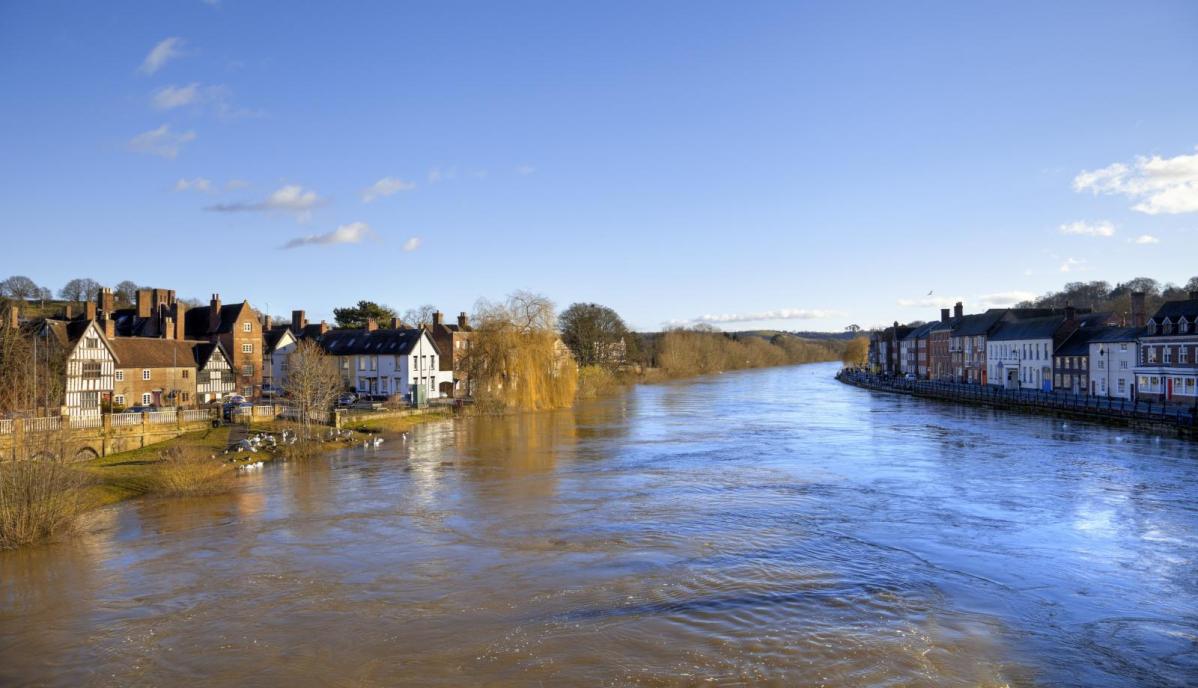 We are coming to the end of what has been a wetter than average winter on the whole across the UK. And although this winter has not been a record-breaking in terms of rainfall, February has seen well over double the average monthly rainfall so far, which will make it one of the wettest Februaries on record and the wettest calendar month since December 2015.

Storm Ciara and Storm Dennis earlier this month brought much of the exceptional rainfall totals in the west that led to record high river levels that have resulted in severe flooding across parts of south Wales and also western counties of England where Rivers Severn and Wye flow through. It’s not just these western areas that have seen flooding, parts of northern England, especially Yorkshire Ridings and southern Scotland have been affected by flooding too this month.

Unfortunately another storm is heading our way for the weekend, Storm Jorge, which will track northeast close to the north of Ireland on Saturday before reaching northern Scotland later in the day and grinding to a halt and loitering there through Sunday and into Monday. Jorge will be a deep low and with closely-packed isobars to the south of the low, widespread gales will develop through Saturday lasting into Sunday, with gusts of 50-60mph widely, 60-75 mph around coasts, though the Republic of Ireland will bear the brunt of the strongest winds, with Status Orange Wind Warnings in force across the whole country – where gusts of 70-80mph are possible in exposed areas. But it is the rain moving through ahead of this low both through today and tonight that is of most concern to western and northern areas of the UK. 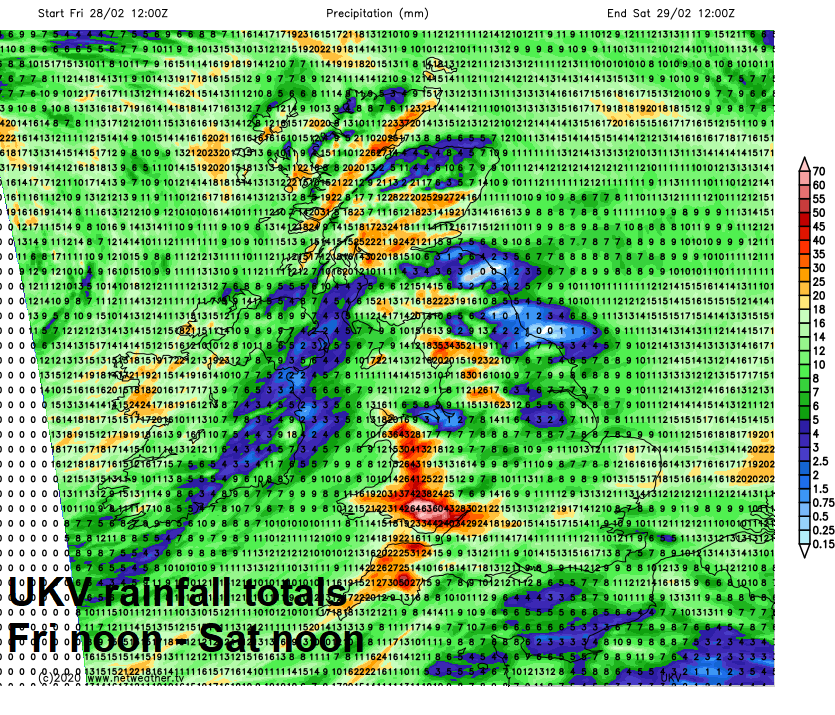 A frontal system ahead of Jorge spread rain across many parts today, preceded by hill snow. This first batch of rain associated with Jorge clears most parts this evening and overnight, before another swathe of heavy rain and strong gusty winds along an active cold front pushing ahead of Jorge arrives across the west in the early hours of Saturday, before quickly sweeping east across all parts during the morning before clearing eastern England mid-morning.

A colder but showery polar airstream will follow the second area of rain clearing east tomorrow morning. But it is the more persistent and heavy rain today and the second batch of rain tonight into early Saturday moving east which is of concern falling and flowing into catchments in the west and north that have brought recent flooding, with 50-70mm falling over higher ground, perhaps up to 100mm falling across a few prone upland spots in Wales.

There are nearly 70 flood warnings across England. Many along the length of the River Severn through Shropshire and Worcestershire. Also, there are flood warnings in force across East Yorkshire, where the River Aire is causing some flooding, while there are several across SW England too. In Wales Flood Warnings have increased from one this morning to 17 this evening, as rivers respond to today’s prolonged rainfall across Wales. It’s still raining this evening in Wales and a batch of heavy rain will arrive overnight along that cold front in the west, so the flood warnings will likely increase. 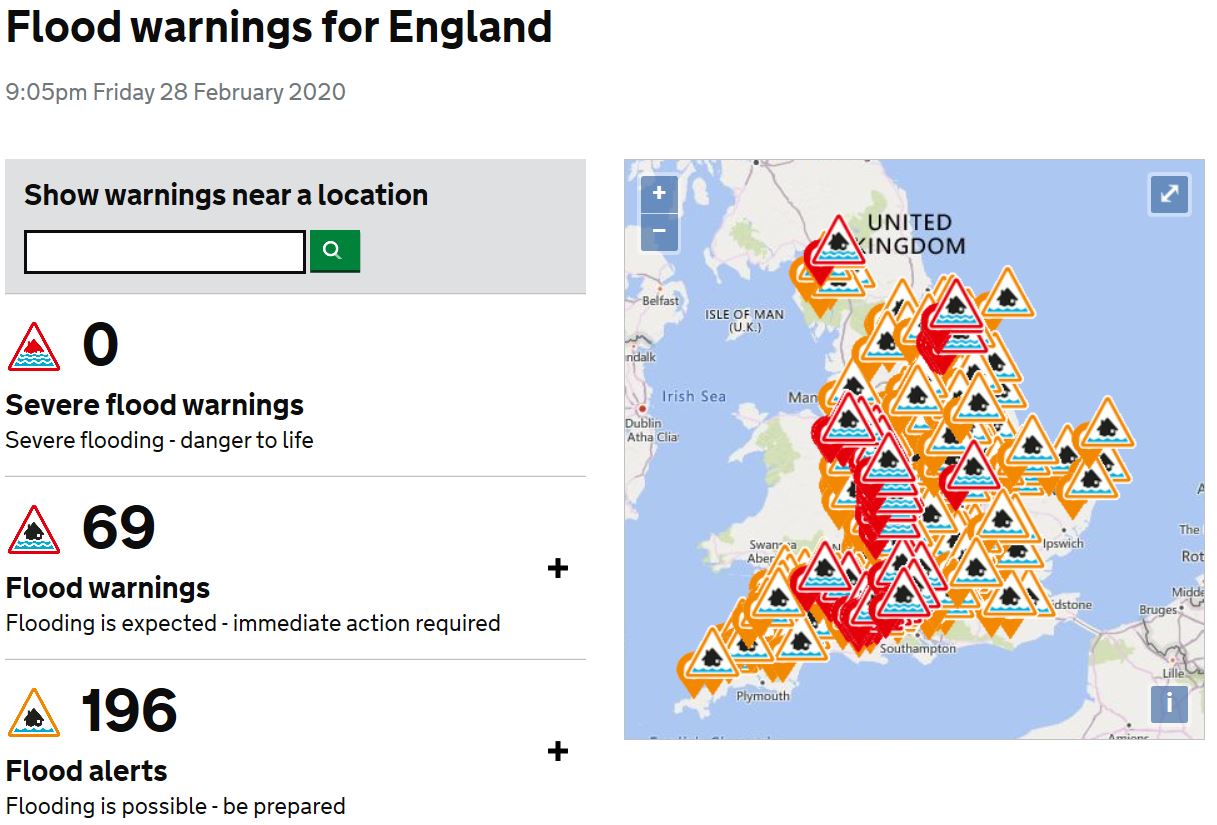 The good news is, is the weather models currently don’t indicate any more prolonged rainfall for the flood affected north and west, other than showers, until at least Wednesday, when a low move moving across the south could bring more rain to south Wales, but this low track is uncertain. However, all of today’s and tomorrow’s rain will take a while to flow downstream through rivers, so the flooding risk could remain or worsen for a number of days after the prolonged rain has stopped.

There is also an increasing signal from weather model ensemble guidance for that much absent weather phenomenon, high pressure, to build in from the southwest as we go through the weekend of 7th/8th March, with the following week perhaps seeing high pressure linger close by or over the UK, bringing much-welcome drier and more settled conditions – which will allow the countryside to dry out and flood-areas recover. 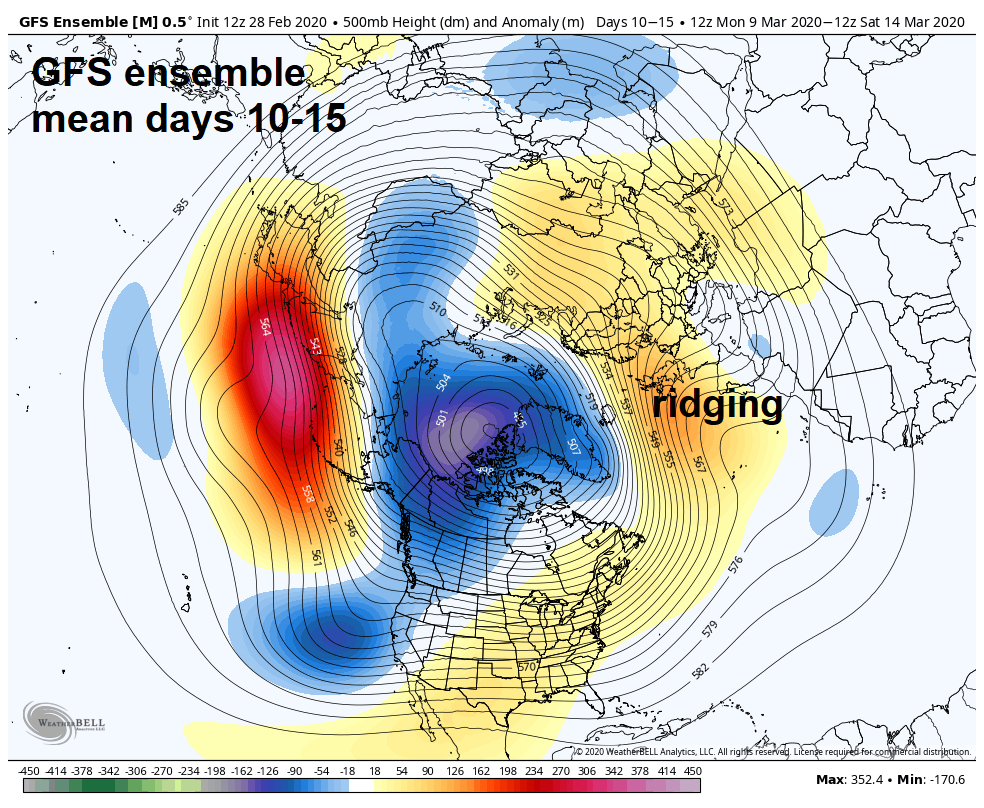 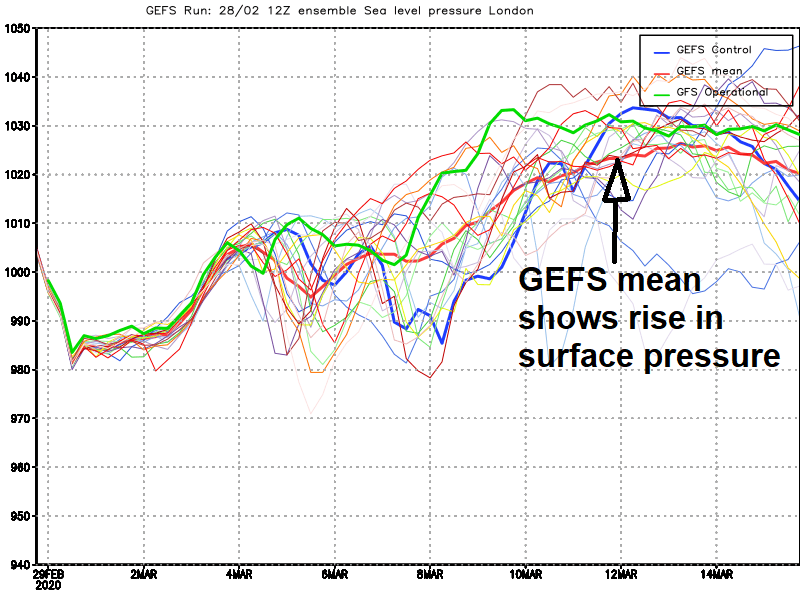 However, this potential for drier prospects as we head towards mid-March is still a good 8-10 days away from happening, which is a long way off in forecasting terms. So no guarantee this will happen for now, especially as the models have hinted of similar builds of high pressure over the UK, only for then to back down and the unsettled conditions continue. But we will be keeping you updated on this potential for drier weather on the horizon.