With cold air over the UK midweek and an incoming low pressure, there will be rain, sleet and snow for Thursday morning. Another low pressure heads in for the end of the working week bringing unwelcome rain to England and Wales and snow for Scotland.

The UK Met Office has already issued warnings for overnight into Thursday for Snow and Ice for Northern Ireland, Scotland, northern Wales and parts of northern England into Yorkshire. 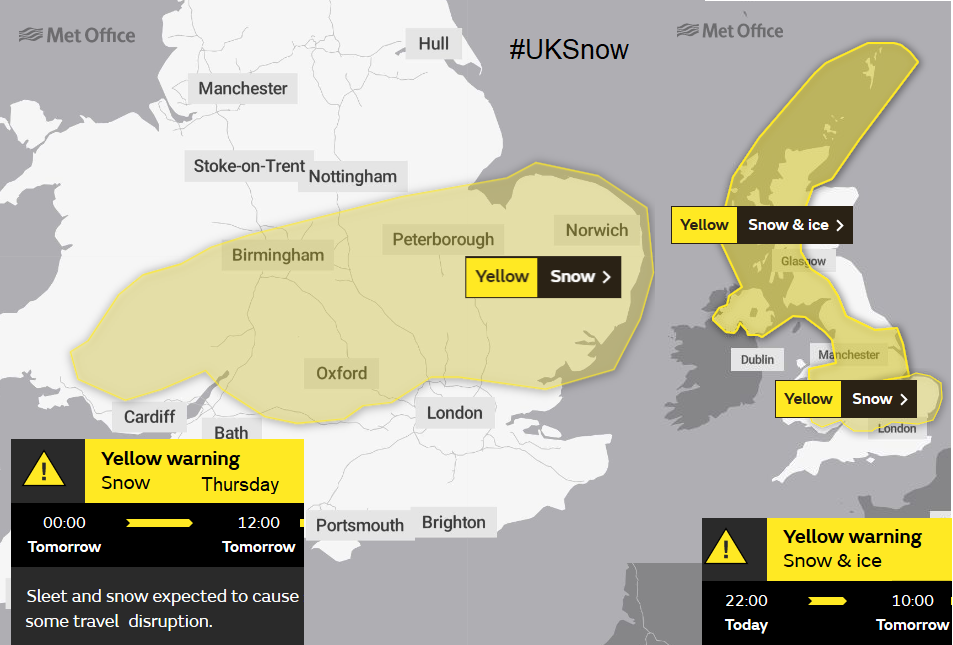 For Thursday morning there is a swathe of southern Wales into the Midlands and East Anglia which could also see snow for the morning rush. Not all areas will see snow and there will be several cms for the Brecon Beacons but only a slight covering likely for eastern England, where it could be quite slushy and wet. NE England seems quite sheltered. The Chilterns could see a few cms too

Currently, it looks like the snow will be north of the M4 so London and southern England seeing only rain then brisk winds as the low clears. There could be transient snow for the higher ground in the south like the Downs. 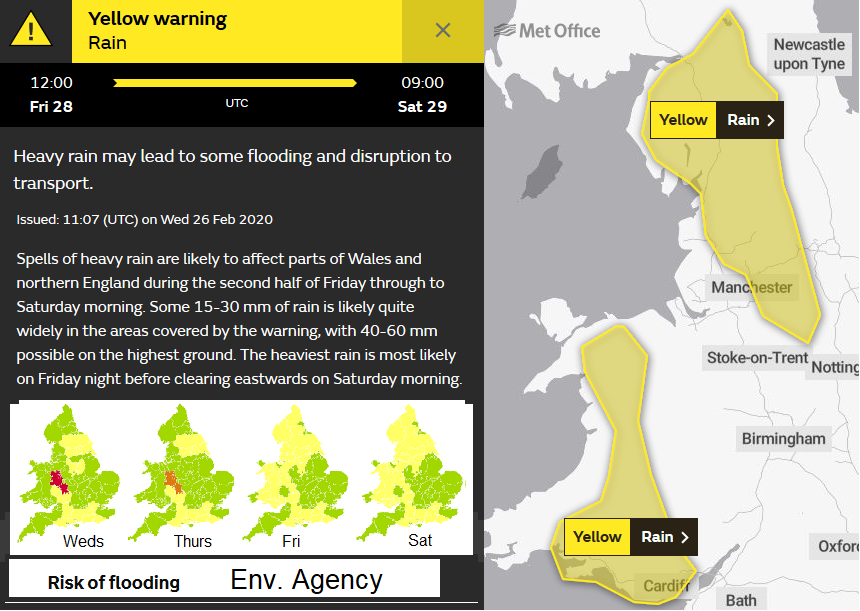 Later in the week another weather system heads in which will bring rain to SW Britain on Friday but heavy rain overnight into Saturday. Parts of the West Midlands still have flood warnings with serious flooding situations still going on. A forecast of more heavy rain is bad news.

Environment Agency
Flooding that is dangerous to life could occur along parts of the River Severn in Telford and Wrekin, Shropshire and Worcestershire Weds. Further properties could flood and disruption to travel and essential services is expected. Flooding from rivers also continues through this week, particularly along other parts of the River Severn and other slower responding rivers such as the Rivers Ouse, Aire, and Trent. Groundwater flooding is expected to be ongoing over parts of the south of England for at least the next five days. New flooding from surface water and rivers is probable from Friday afternoon into Saturday, and is also possible on Sunday, for parts of the north of England and Wales due to further heavy rain.