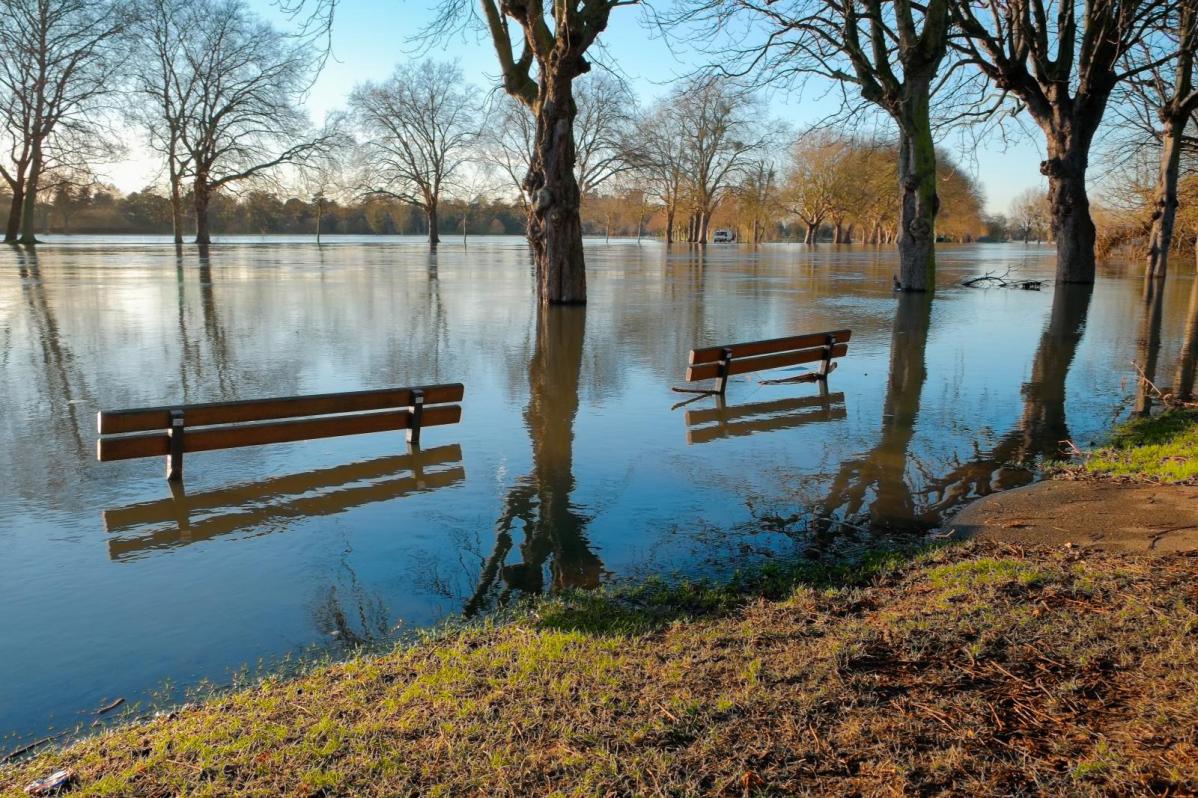 More rain is on the way over the next few days as the weather remains unsettled. Yellow rain warnings are in place for parts of the north and west for the rest of the week and into Saturday because of further rain. Although the rain will move through rather than persist like last weekend, any further rain falling on saturated ground and flowing into rivers that are flooding in the west will not be good news for these flood hit areas. There are currently six Severe Flood Warnings, a danger to life, in force in England, all concerning the River Severn and River Wye in the west of the Midlands, also over 130 Flood Warnings. In Wales there are five Flood Warnings, 4 of them in SE Wales.

For now, it’s a chilly start with sunshine for many, with a touch of frost in places – particularly across northern, central and eastern areas. The dry and bright conditions this morning won’t last though, as a warm front moving in from the west brings cloud and outbreaks of rain eastwards across all parts through the day. It will stay dry, bright and chilly, though increasingly hazy, through much of the morning across eastern England and eastern Scotland. However, cloud and rain already across Ireland, N. Ireland and moving in across Wales, Devon and Cornwall – will continue to spread east across western Scotland, NW England, West Midlands and central southern England through the morning before reaching eastern areas of England and Scotland early afternoon.

So, most areas in the afternoon will be cloudy and damp, the rain tending to be lighter and more patchy across central, southern and eastern areas of England along with eastern Scotland, rain more persistent and locally heavy across Wales, NW England, N. Ireland and Scotland. Snow for a time over higher ground of Scotland and northern England – as rain bumps into colder air here. There are Met Office yellow warnings for rain in force for three areas of south and north Wales along with an area of NW England for this further rain falling on already saturated ground and into rivers that are exceptionally high and causing flooding issues.

Gradually turning milder through the day after a chilly morning as that warm front moves through, temperatures this afternoon reaching 7-9C generally, perhaps 10C in the far west.

A wet and windy start across northern and western areas on Thursday, with gales around coasts, drier start across central, southern and eastern England, perhaps with some limited brightness. A band of heavy and squally rain, with hail mixed in and winds gusting to 40-50mph will continue to slide southeast across England and Wales through the morning and early afternoon, after giving a wet start in the north and west, the squally rain band reaching SE England and East Anglia early afternoon. Brighter and much colder but windy conditions following the rain band across many parts through the morning and the afternoon, with blustery showers in the west, which will fall as snow over higher ground. Temperatures in the afternoon reaching 7-9C across much England and Wales, 4-6C at best across Scotland, N. Ireland and NE England as the colder air pushes in. 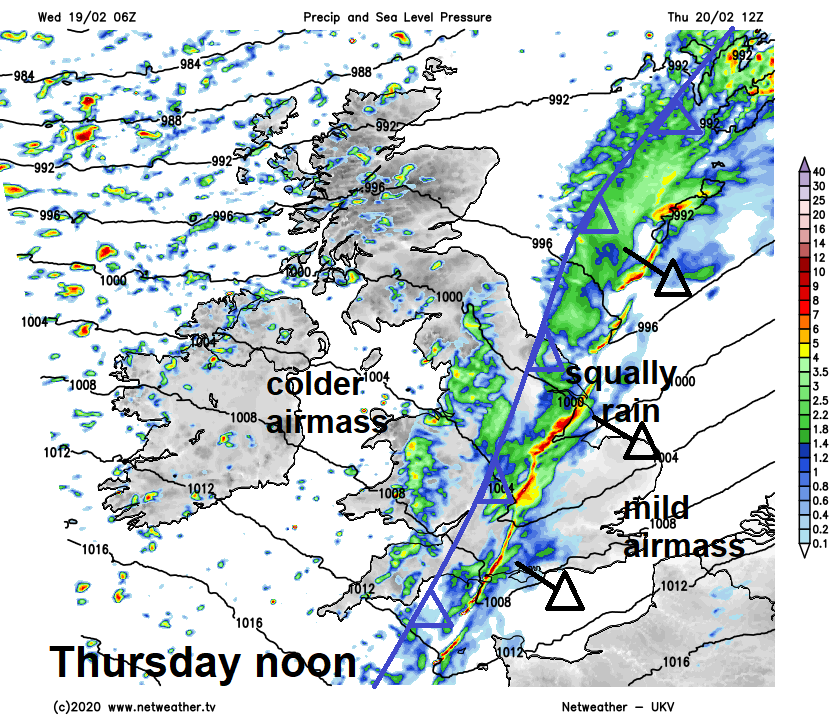 A windy day on Friday, a cold front will slowly slide southeast across northern Britain, bringing a cloudy day here, with outbreaks of rain spreading southeast across Scotland, N. Ireland, northern England and eventually north Wales, rain heavy and persistent locally, particularly higher ground, with a Met Office yellow rain warning in force for parts of Yorkshire between midday Friday and 6am Saturday. Southern areas staying mostly dry, some brightness perhaps towards the southeast, cloudier towards the west with perhaps some patchy drizzle. Southwesterly wind reaching gale force locally, with gusts of 35-45mph widely, 50-60mph or more towards northern Scotland. Despite the strong winds – it will be rather mild, temperatures reaching 9-12C.

Another windy day on Saturday, thanks to tightly-packed isobars underneath deep low pressure to the north of Scotland. A cold front clears southern areas in the morning, little rain on it by the time it reaches here, then all parts turning colder and brighter, blustery showers across the north and it’ll be cold enough for showers to fall as sow over higher ground, a few scattered rain showers in the south.

Uncertainty by Sunday, over the track of a frontal wave moving east, it looks to move east across central areas, so turning wet and windy across parts of England, Wales and southern Scotland, turning to snow over higher ground in the north. Far south could stay dry unless the wave tracks further south. Rain could be heavy, so exacerbating the risk of further flooding.