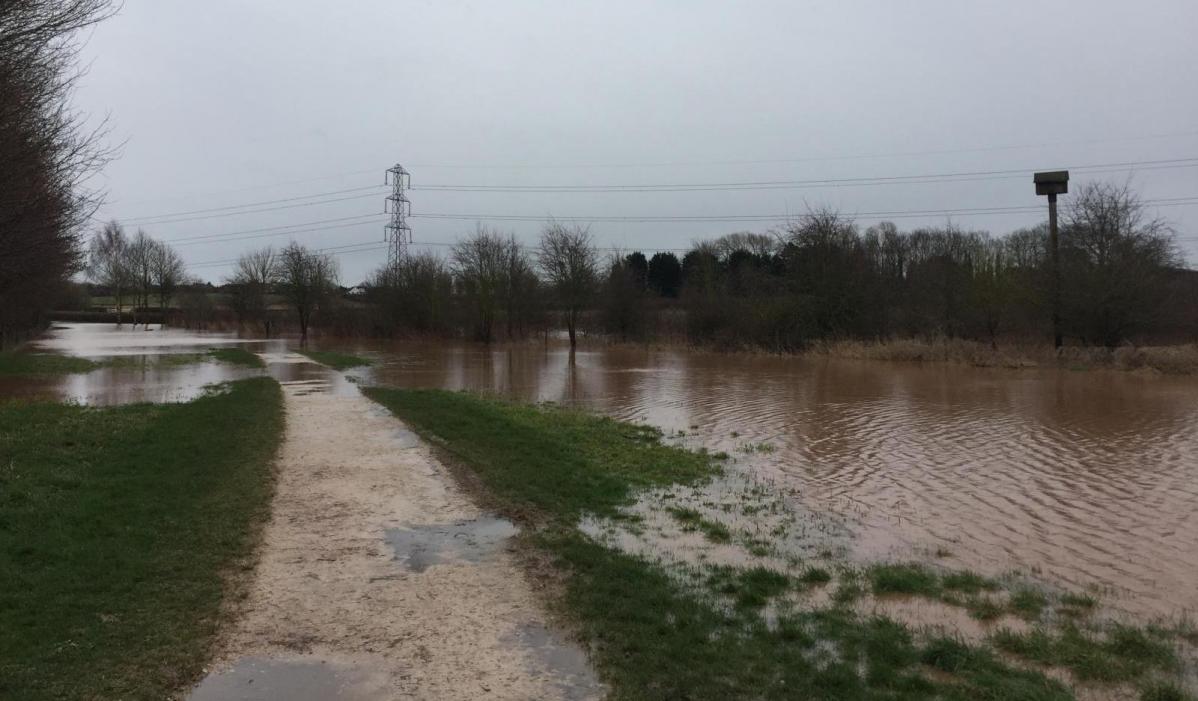 New yellow warnings are beginning to pop up in the wake of Storm Dennis. Overall the flow remains blustery from the west, with colder air curling round off the northern Atlantic. It doesn't look as stormy but with the saturated ground, high river levels and existing flood problems any extra rainfall could cause issues.

There will be strong winds as one low pressure deepens away to the NW between Iceland and NW Scotland later on Wednesday. The fronts from this will bring rain across the UK and then another low pressure looks to affect northern areas by Friday.

The first weather warnings are for Snow and Ice, running from Monday evening and Tuesday morning for inland Scotland. Already showers over Northern Ireland, Western Scotland and Snowdonia are looking wintry with snow over the tops. As the colder air takes hold the risk of snow will only increase. It will remain windy and so feel colder with tricky conditions on higher routes after dark.  You can see the showers from Monday afternoon on the Radar from earlier. 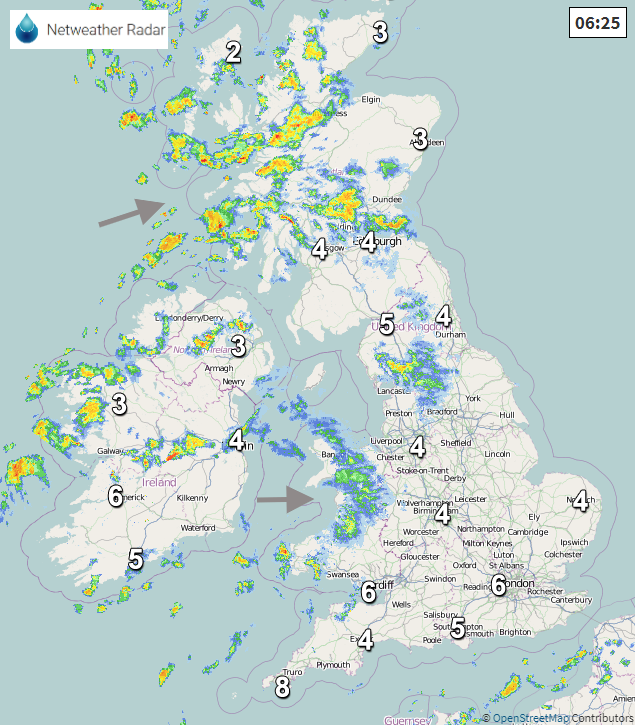 "Snow showers and icy surfaces may lead to some travel disruption through Monday night and into Tuesday morning". MO

There are still flood alerts across mainland Scotland and Orkney with a few flood warnings, mainly for Tayside. "Further showers throughout Monday and Tuesday falling on already saturated ground will keep river and loch levels high as each band of rainfall crosses the area." SEPA

Across England, there were the most flood warnings in one day on Sunday and five severe flood warnings still in place to start the working week. There had been widespread flooding for Yorkshire, Lincolnshire, the East Midlands. Problems on the roads and railways due to the amount of water and the River Wye in Hereford went above its highest recorded level on Monday as rainwater continued to flow into the river system from the hills of western England and also Wales. 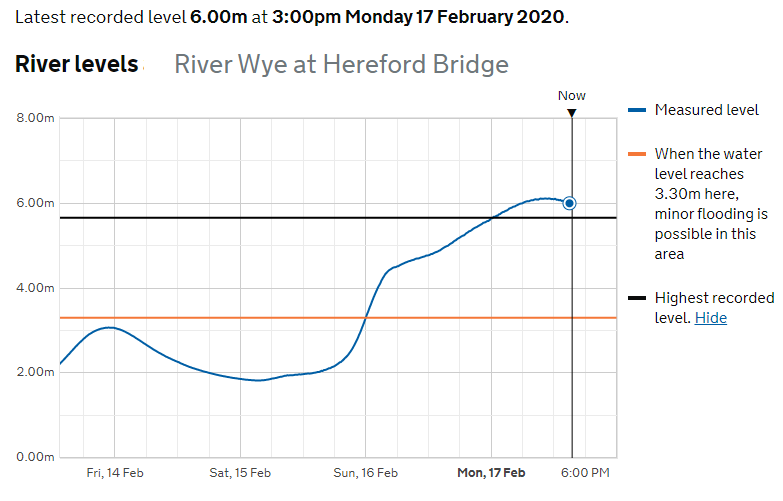 Wales bore the brunt of much of the weekend's rain and saw an unusual Red warning for Rain on Sunday in the south. This was as the river levels in the valleys rose dramatically as heavy rain flowed down from the Brecon Beacons, with several feet of water inundating homes and businesses. It is the same area which now has a yellow warning for rain on Wednesday and another area further north in Wales,

Rain arriving Wednesday morning may become persistent, and possibly heavy, over areas of high ground in Wales, before clearing Thursday. 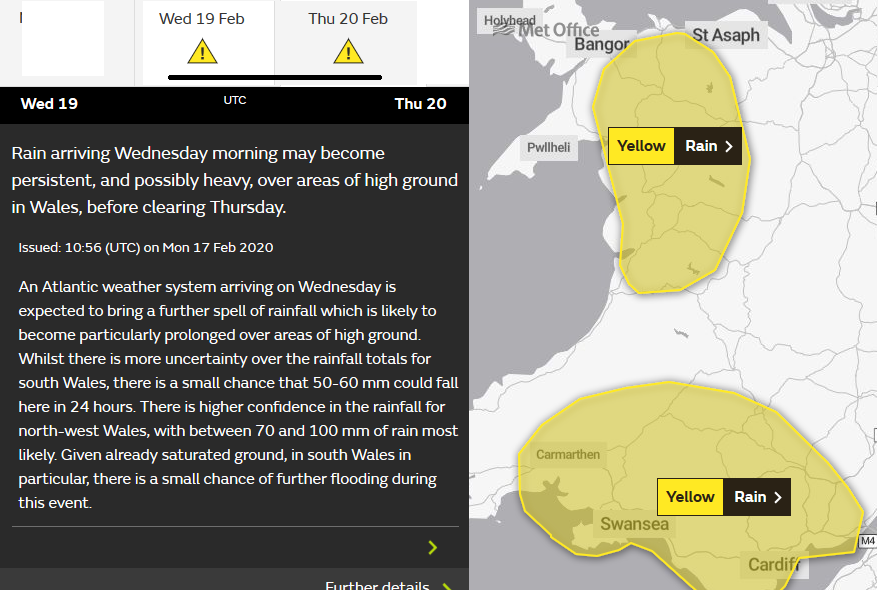 The warning outlines some uncertainty about the extra rainfall for southern Wales but more confidence about the rain for northern parts. Natural Resources Wales has several flood warnings out, mainly in the SE.