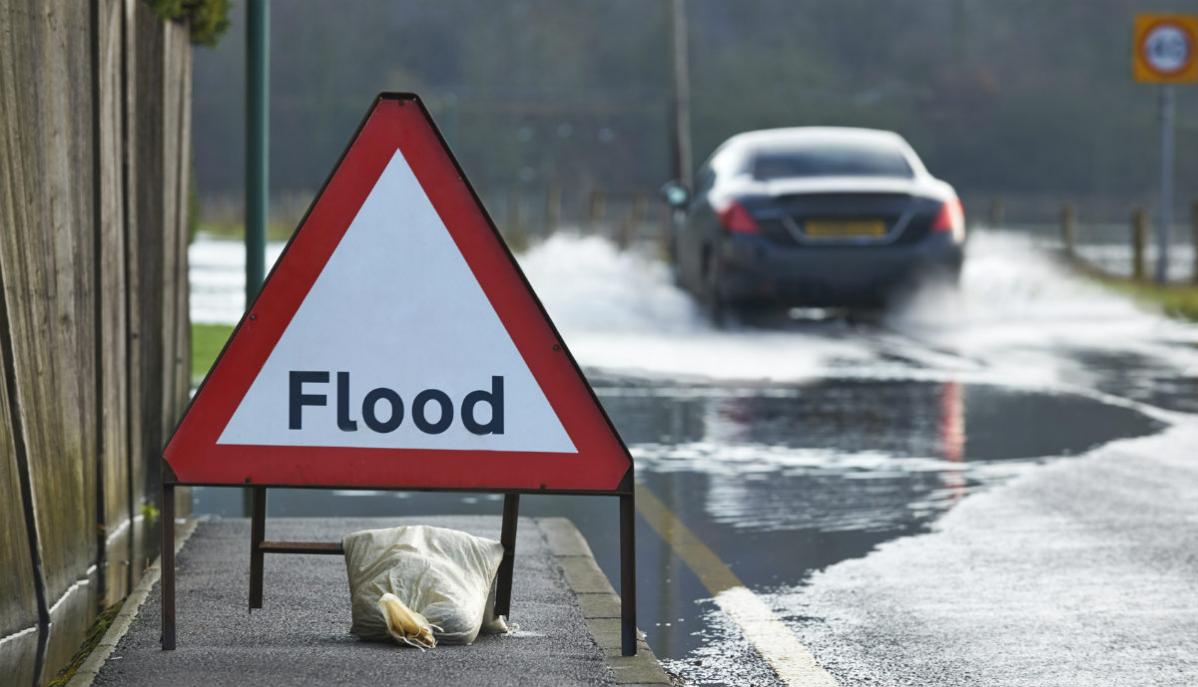 UK weather: Clean up after Storm Dennis begins as Flood threat and February half term continues

February has been quite a month. Storm Ciara one weekend, Dennis the next. If you are on half term this week, no signs of another storm at the moment but there will be more blustery weather, plenty of showers from the west, even a bit of sleet and hill snow. In between a lot of sunny and bright weather but staying windy, making everyone feel skittish. For some, there is the awful clean-up after recent flooding, for others, the wait continues for the river levels to peak.
There has been widespread flooding with several severe flood warnings from #StormDennis; south Wales, Lincolnshire and some still in force this morning in Shropshire and Herefordshire along the Teme and Wye. 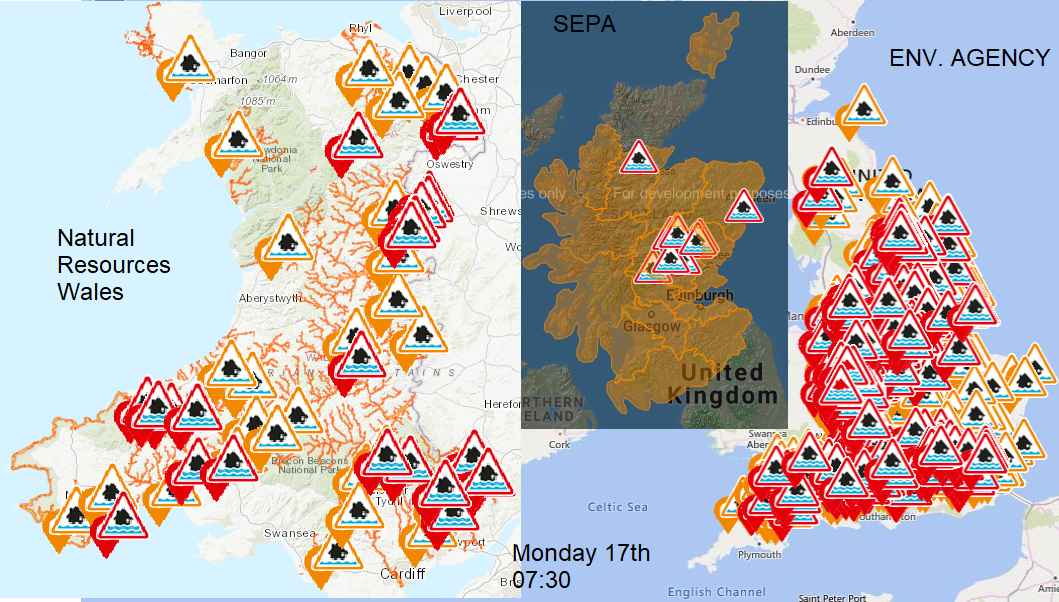 The Environment Agencies helped councils and emergency services to put flood protection and plans in place over the weekend as the sheer amount of water overwhelmed parts of Britain. Rivers burst their banks, properties were flooded, roads and railways made unpassable as flights and ferries were cancelled. 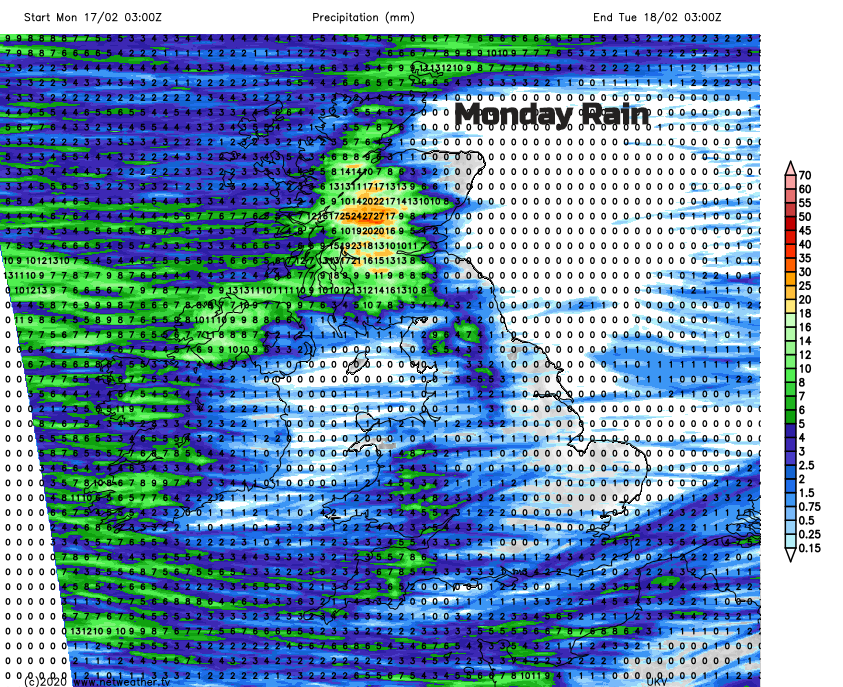 Although the main rain from Storm Dennis has moved away, there are bands of heavy showers this morning and all of the rainwater from the weekend is still making its way into or along the rivers with peaks in some river levels forecast for today or even early Tuesday.

The advice is to sign up for flood warnings in your area, follow that local information and don’t drive or walk through floodwaters.

There is still a wide yellow warning for winds this morning continuing from overnight. The Northern Isles have severe gales this morning with gusty winds for eastern mainland Scotland as the worst of the winds ease down elsewhere. It will still be a windy day with further blustery showers from the west with a lot of bright, sunny weather. 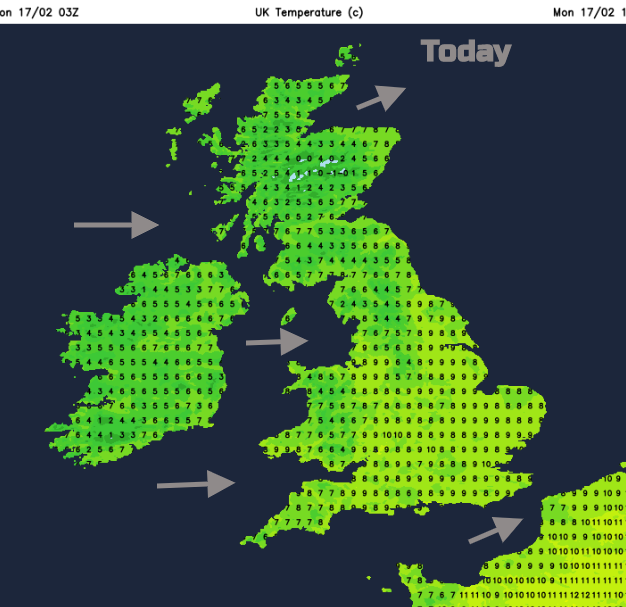 Later today colder air will be over the UK so the showers will turn more wintry with a little snow over the hills of northern Britain and Welsh mountains. Colder air still on Tuesday with wintriness for the Moors of SW England and over Northern Ireland and even to lower levels for NW Britain. There will be snow for the Scottish mountains and over the Cumbria Fells, Pennines and Peak District but another blustery day 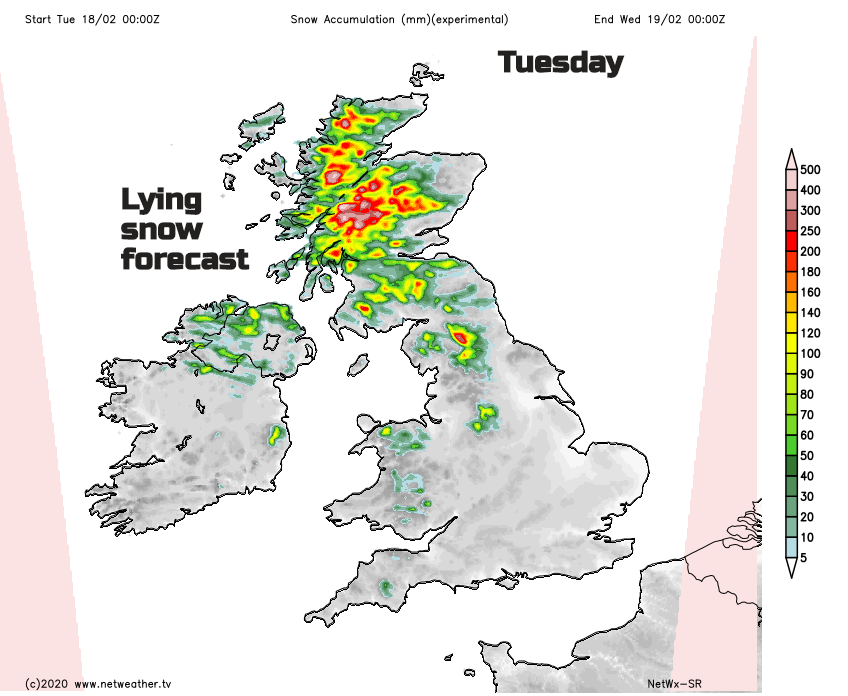 The flow stays from the west this week, bringing more blustery showers off the Atlantic and plenty of rain to western Scotland. There is another low pressure midweek, not a storm but a spell of frontal rain and gusty winds with milder air then colder before another bout of wind and rain and mildness on Friday. 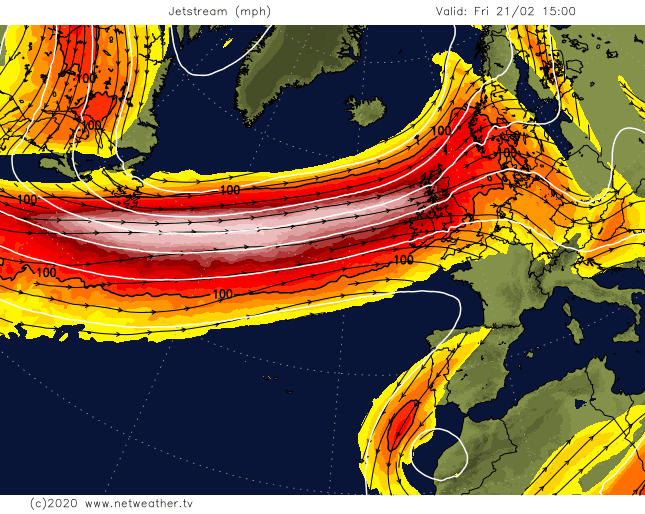 The zonal jet stream just keeps on powering low pressure and westerly Atlantic flow at the UK. Eastern areas stay more sheltered, so drier and brighter. Western Scotland, NW And SW England and Wales see more rain. Not like at the weekend from Dennis but still ongoing heavy showers or longer spells of rain which add to the saturated ground, full rivers and keep the flood risk going. 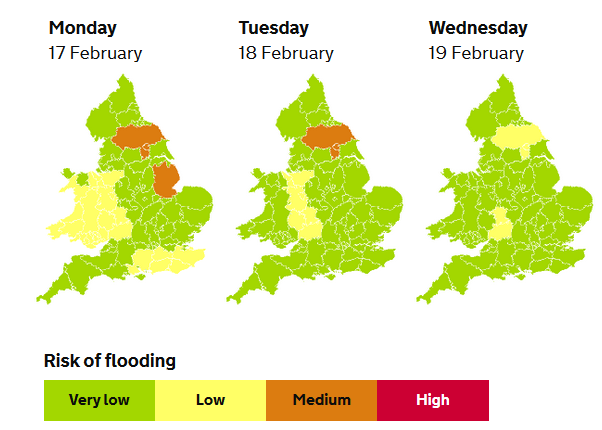 “River flooding may also continue in some places into the middle of the week on larger, slower responding rivers across England and Wales such as the Yorkshire Ouse, River Severn, River Avon (Glouc.), River Dee and Thames as well as across parts of the south-east of England” EA

Just because it is sunny, doesn't mean that the flood risk is over.