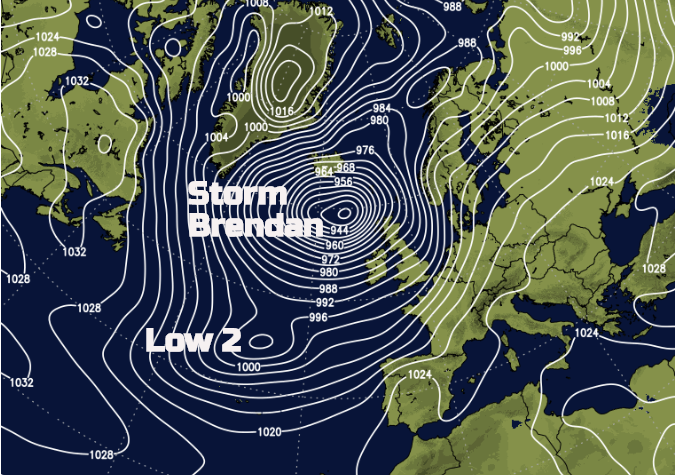 The second named storm of the 2019/20 season was Storm Brendan. Named by Met Eireann as widespread winds warnings were issued. It hit Ireland and the UK on Monday 13th Jan 2020 but had lasting effects until the middle of the week with a secondary low causing disruption on Tuesday 14th. The main low pressure had undergone Explosive Cyclogenesis, deepening rapidly as it headed in from the Atlantic thanks to a powerful jetstream. Even before it arrived it looked like one formidable low on the pressure charts.

Southern Ireland was covered in Orange warnings for strong winds with a Red marine warning. Northern Ireland, parts of Scotland and western Britain remained under a yellow warning for high winds. The Scottish Environmental Protection Agency had issued alerts for coastal flooding thanks to an unusual combination of high tides, large waves and storm surge. The Irish Coastguard also had warnings for people to stay away from the coasts and take care. 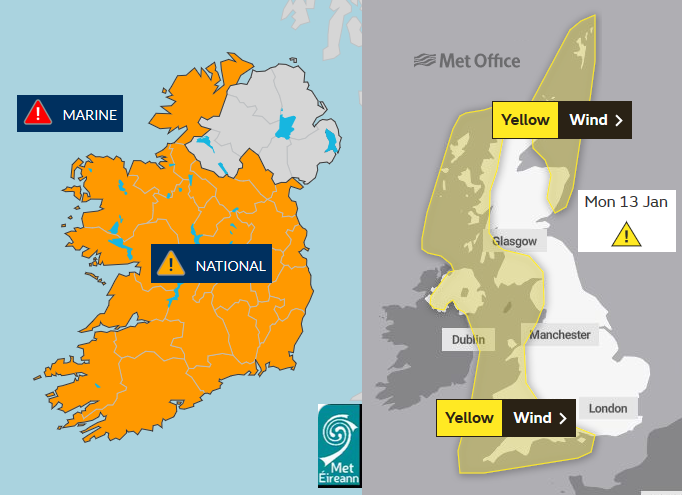 There were lots of trees down in Ireland, large waves crashing over promenades with piers and harbours closed. There were power outages too.

Distinctive line convection developed along the cold front as it moved eastwards over Britain. This resulted in a short spell of intense rainfall, squally winds and wild conditions coinciding with evening rush hour on Monday. 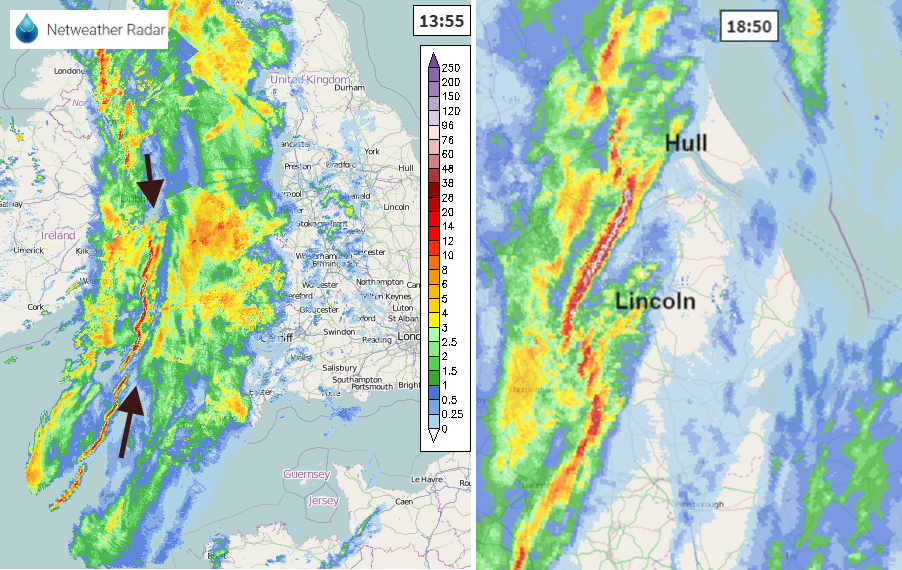 Overnight there was a Snow and Ice warning for inland Scotland and the gales continue for western Scotland. A gust of 87.5mph was recorded on South Uist in the Western Isles by day with a tense night as the winds howled and the sea waters rose into Tuesday. Overall the sea defenses held, did it warrant an Amber? Schools were shut even if the wildest weather and sea concerns were overnight. 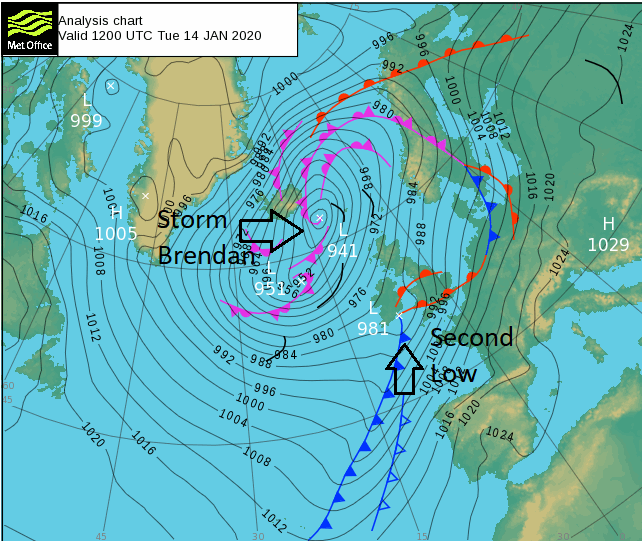 Although Storm Brendan had been a significant weather event on Monday it had not impacted much of England. A second low pressure formed (which was well forecast) brought wet and very windy weather to southeast Britain on Tuesday as well as to other parts of England and Wales. The disruption from this, only under a yellow warning and handily umbrella-ed by the Storm Brendan label, was also significant.

On Tuesday 14th the second low pressure brought in more heavy rain, onto saturated ground, there were coastal flood concerns and line convection formed again. SE England had a wretched spell of weather by the late afternoon and evening which upset some people who had listened to news about Storm Brendan on Monday but not had much weather action that day but then experienced wild weather on Tuesday. However, it’s tricky to get all the detail into a headline or short broadcast. Is it easier to glance at a headline or tweet?

There were gusts of 40 to 50mph inland, trees down, disruption to ferry services, Orwell bridge shut, warnings along the south coast and numerous flood warnings. Coastal flooding continued for Scotland with strong winds and hefty showers, snow across the hills. In Slough a roof blew off and landed in the High Street, there was damage to rail lines, some submerged.

It does make you wonder what would have happened if an Amber warning had been issued or should one have come out for SE England on Tuesday,

“A storm will be named when it has the potential to cause an amber or red warning.” Met Office.

There is a leaning towards not naming close events that have links, just to let one storm name blanket cover everything. There does seem to be some reluctance on the part of the UK Met Office to issue Storm Names at all or even Amber warnings. It is up to the public to interpret their yellow warnings and adjust their lives. Guessing how windy it actually will be is quite hard for the public when a yellow covers impacts for high sided vehicles through to falling masonry and roofs coming off in towns. 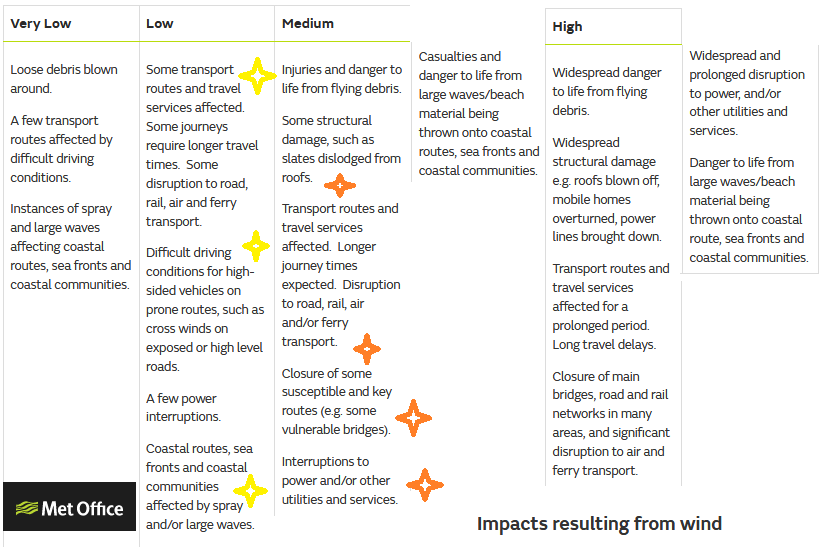 Impacts seen in Storm Brendan.
Is more responsibility being thrown onto the public, that a Yellow warning is still a warning of severe weather, get on with it. Does the Met Office really not want to name storms anymore? Are there unknown implications from issuing an Amber, it does have impacts for local authorities and emergency services, are there politics and finances in the mix? What is kicked off behind the scenes when an amber or red warning is issued, as opposed to just a yellow?

There was always a worry that if too many (even yellow) warnings were issued then the general public would begin to ignore them. Re-tweeting or even broadcasting unofficial red warnings is still a big no-no.