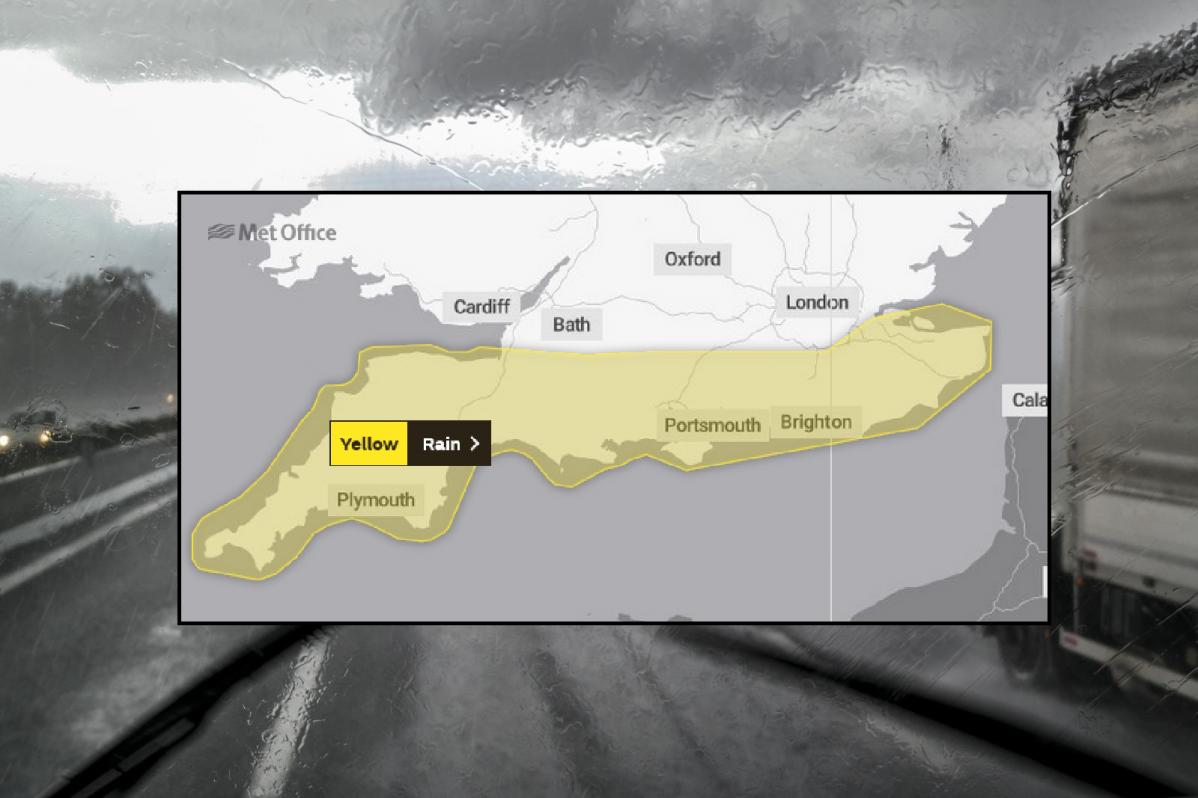 There is an awful lot of water about, puddles and submerged parks and fields. Southern Britain has an ongoing list of Yellow rain warnings with flood alerts and warnings littered over England. More rain is forecast.

Parts of Scotland have flood warnings or alerts from recent rain and melting snow but Friday will be drier with showers from the west. So an improving picture here for river levels and the flood risk. 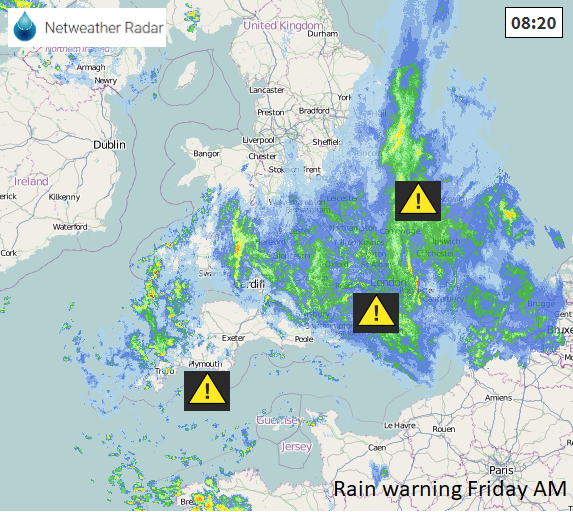 Through the day the main area of rain shifts off over the North Sea, taking its time to clear eastern/NE England. The yellow warning over SE Britain lapses at midday. Clusters of showers continue to feed up from the SW (where the other bit of yellow warning also fades), affecting Wales then the Midlands including Lincolnshire by this evening. There will be more showers for western Scotland and Northern Ireland. In-between all of that there will be some fair weather, a few bright spells but quite a lot of cloud/. The winds are light with temperatures around 7C but more of a SW wind for Kent with temperatures in the SE up to a mild 10C 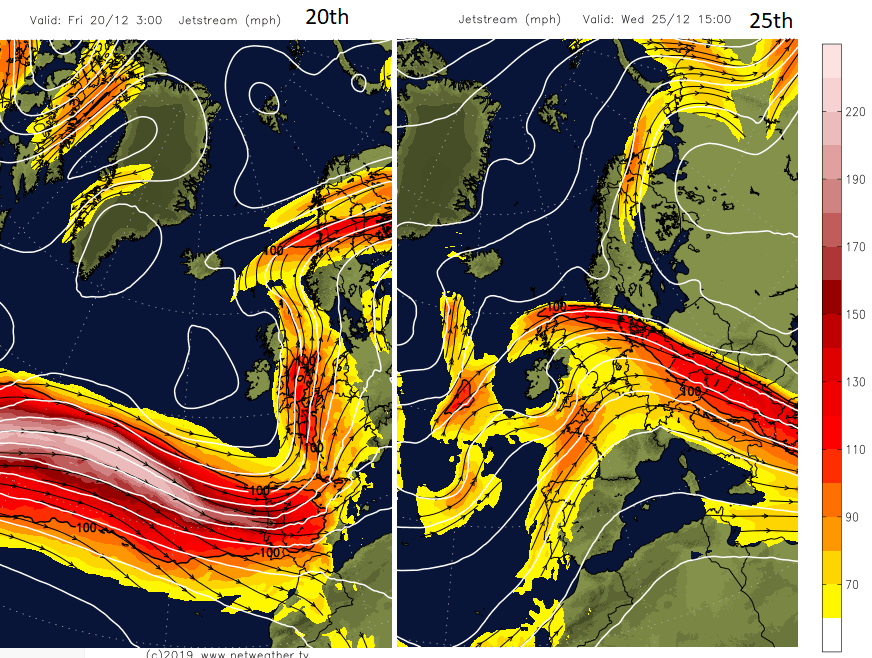 The Jetstream has been further south than usual, bringing vigorous low pressure to NW Iberia. Midweek gales linked to system #StormElsa hit western Ireland on Wednesday night and the fronts from that are still affecting Spain with very unsettled weather. 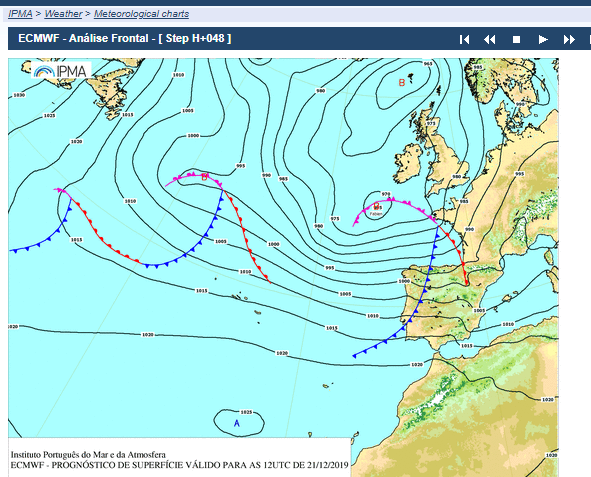 As low pressures continue to move in off the Atlantic over the weekend they keep wind and rain warnings and rain brushes southern England with more warnings from the UK Met Office. The risk of flooding remains the main concern over the busy weekend. 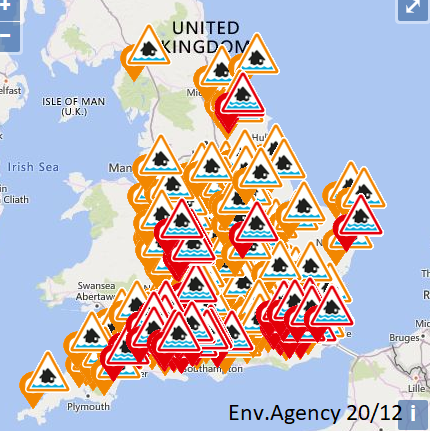 ‘Following nearly a month’s rainfall over the past week and 20mm Thursday night, river levels are high and rising on the River Ouse. Flooding is expected. The widespread rain should clear leaving a largely dry day Friday, apart from isolated showers. Widespread rain will return from Saturday pm. River levels will continue to rise. Flood protection products are recommended to be installed now, if you have them.’ 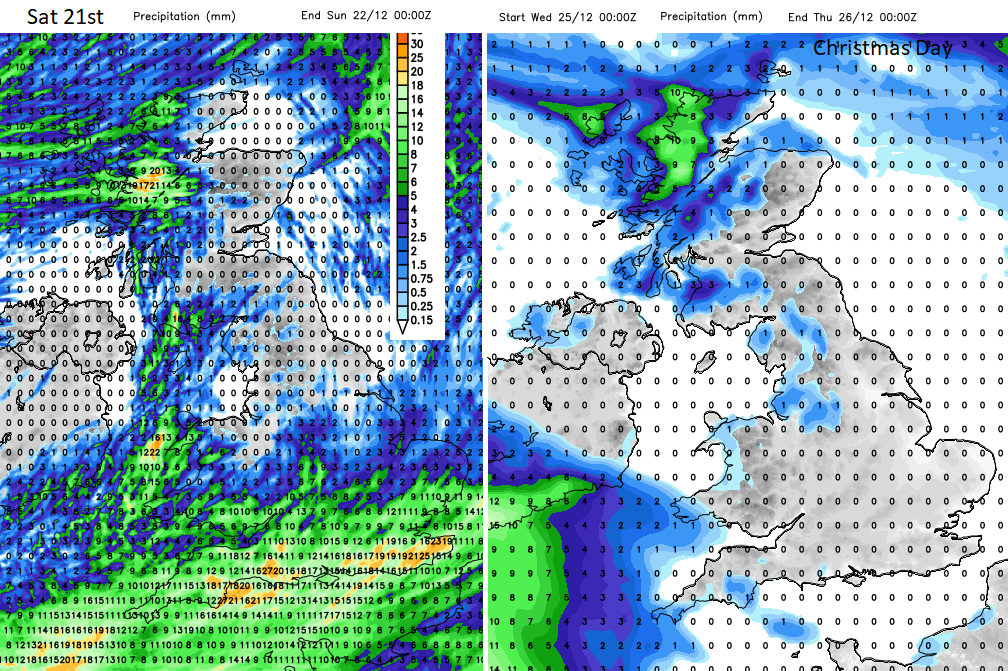 The heavier band of rain from the SW on Saturday will be accompanied by strengthening winds for Cornwall, Devon and the Channel Islands mid-afternoon, transferring along the English Channel coast by Saturday evening. Strong westerly wind set in overnight for Cornwall, transferring through the Channel early on Sunday as a low centre moves across southern Britain.  Another low grazes southern Britain on Monday and then pressure begins to build, settling the weather down ready for Christmas.

It does look like there will be a shift by Christmas day, the jet changes to a more meandering pattern, not so direct and powerful. And the UK looks drier. With some colder air for the start of next week there will be wintry showers from the NW but that is about it. A proper white Christmas looks unlikely.