'Blink, and you'll miss it' aptly describes the weather at the moment in a period of rapid changes. We have a named storm Atiyah just to the North of Scotland and several warnings of damaging severe gale or storm force gusts of wind particularly later today and into this evening. 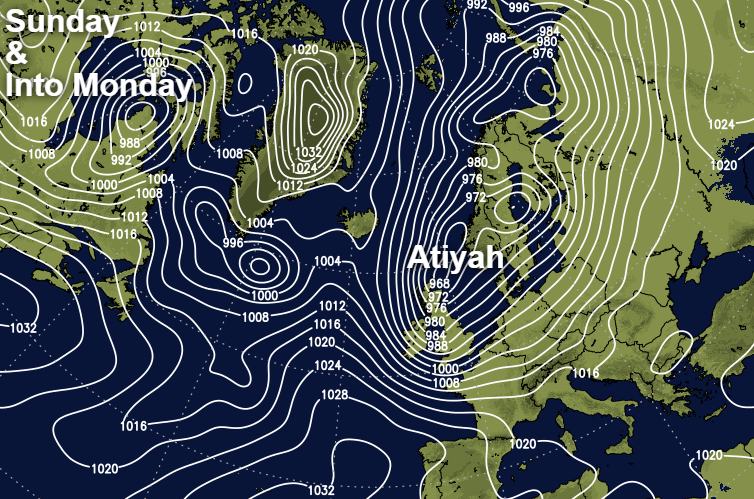 Overnight rain has already cleared, leaving us all today in a very boisterous, showery South Westerly airflow. There is already a rash of blustery showers some of them heavy over Scotland and Northern Ireland that'll become widespread and squally, some merging into longer spells of rain with the chance of local hail and thunder. The brightest weather will be over eastern England where you'll see the best of the sunny intervals on offer. Even here though you won't be immune from catching a blustery, locally squally, heavy shower particularly by the afternoon that'll be most frequent in the North and West, with some giving hail and maybe a crack of thunder. 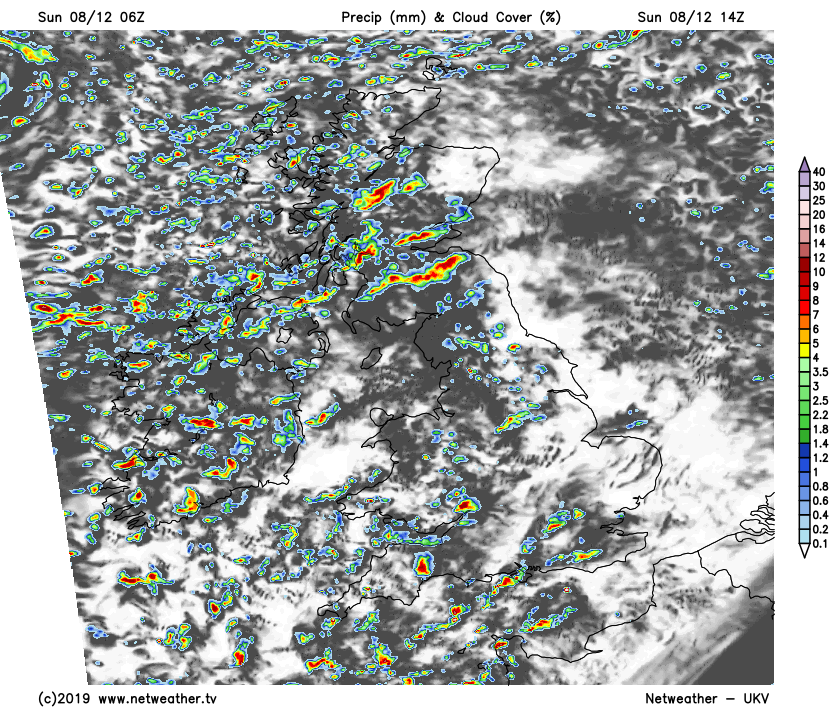 Needless to say, it's going to be very blustery, with severe gales in the North and West where gusts in excess of 60mph are likely in exposed areas.  A boisterous South West wind may also give gusts of 40 to 45mph elsewhere in some of the heavier more squally showers. Although colder in the far North where the thermometer will be around 6 or 7C for most it'll be mild even very mild, with top temperatures 9 to 13C.

In a particularly stormy evening and night, a severe South Westerly gale will give damaging gusts of 65 to 70 even perhaps 75 or 80mph over exposed parts of West and South Wales and in the West, before 'veering' West or North Westerly later. This'll bring further blustery or squally showers heavy and lengthy in places for a while, with local hail and thunder still possible.

As the wind 'veers' it'll become colder, with the showers turning wintry in the far North giving snow over the higher hills of Scotland. Temperatures here at lower levels will be in the range 3 to 6C by morning, but over central and southern England 7 to 9C will be nearer the mark.

In a stormy start to the new working week, the blink and you'll miss it weather continues, with a North West wind giving gusts over 60mph, to begin with towards the East coast. This'll bring further blustery or squally showers that'll be wintry over northern Scotland falling as snow on hills. As the day wears on however winds everywhere will moderate, as a transient ridge moves in from the West. The showers will also fade, with increasing amounts of sunshine from the West into the afternoon. It'll feel much colder and raw in the wind, with top temperatures 4 to 6C in the North and  7 to 10C in the South.

A brief lull will allow it to turn cold into the evening when a touch of frost is possible in some sheltered central and eastern areas for a while. But yet another sudden change brings more cloud and rain into the West overnight. A southerly wind will freshen again with renewed gales over Northern Ireland, the West of Scotland and in the West by morning when temperatures will be rising again despite a raw feel further East.