This coming week the British Isles will remain at the mercy of further rather active weather systems coming in off the Atlantic, bringing spells of wet and windy weather throughout the week, with the potential for another major winter storm to hit parts of Britain later this week bringing a risk of damaging winds. It will also turn colder across many areas by mid-week - with risk of hill snow in places. For now, a band of heavy rain will continue east across SE England and East Anglia this evening, clearing by the early hours, followed clearer conditions from the west across all areas overnight. Though there will be some heavy showers moving in across northern and western areas, with a risk of hail, the odd rumble of thunder and snow over Scottish hills. Temperatures will fall close to freezing quite widely, with a frost forming and some icy patches developing where rain has fallen. Monday should see a mainly dry and bright day for many, though showers will affect southern and western coasts at first, then cloud will tend to thicken from the west later in the afternoon, with outbreaks of heavy rain spreading east across many areas by late evening accompanied by a strengthening southerly wind reaching gale force, with severe gales along the south coast. Then rather windy days on Tuesday and Wednesday, with sunny spells and blustery showers which will fall increasingly as snow over northern hills and gales or severe gales will develop across northern areas later on Tuesday and overnight into Wednesday. Feeling colder too for many during Tuesday and Wednesday. Thursday looks like it will be the 'calm before the storm' during daylight hours, with a mostly dry and settled day away from coasts where there will be some showers. However, it looks like winds may strengthen considerably during Thursday night, as a very deep depression races across northern Britain in the early hours - with storm or even hurricane force winds within its circulation across northern and central parts of the UK and severe gales elsewhere. This next major winter storm has been showing in most weather model charts for a few days now, so obviously of concern for later this week and one we will watch very closely over the next few days.
Tags: 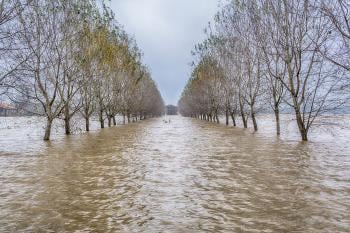