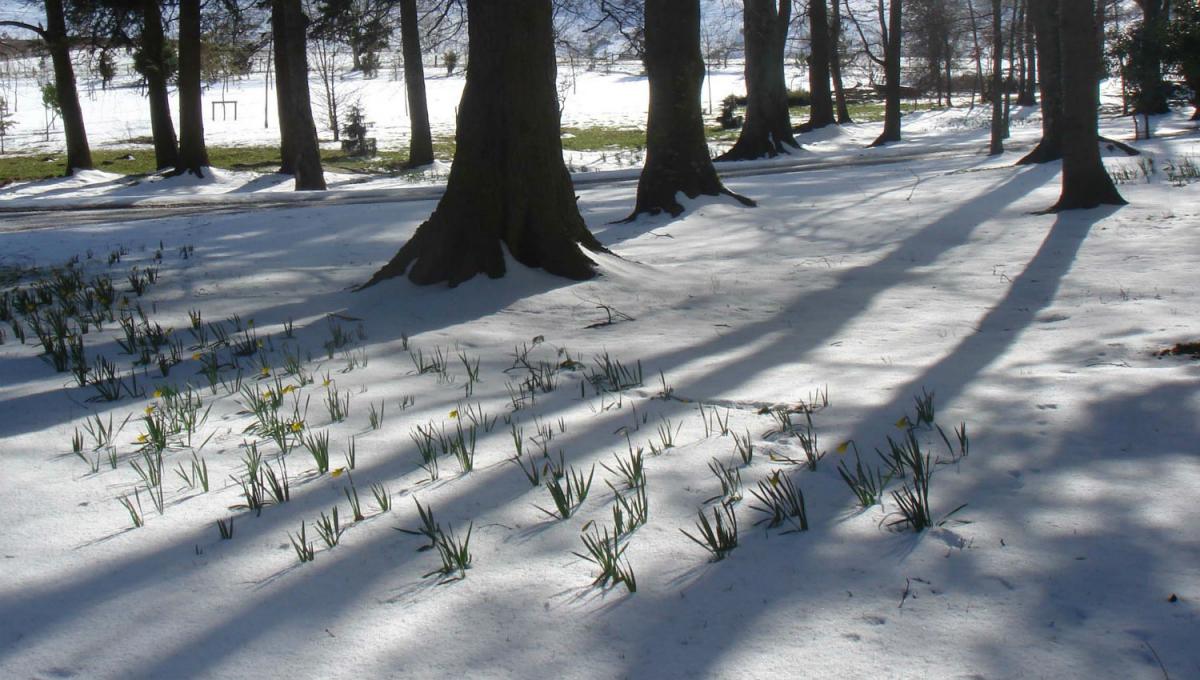 After a very stormy period, mixed conditions expected for the Alps

It has been widely reported that the Alps Ski Season 2017/18 started off on a very good note with excellent snow conditions over the Alps in December.

The past week saw some very stormy weather over the Alps due to Storm Eleanor, with big temperature variations on a daily basis. This brought a mixture of very strong winds, some very heavy rainfall to quite high elevations at times, followed by heavy snowfalls.

This combination of high winds and heavy rainfall has made the snowpack unstable, and there have been avalanche warnings at the highest possible level 5, indicating a very serious avalanche risk in the Western Alps at times last week.

Conditions over in Eastern Switzerland and Austria have fared better with heavy snowfalls over parts of Switzerland, less snow over Austria, but a more consistent lower temperature has ensured that the excellent conditions of prior weeks have remained. Conditions though have varied considerably from resort to resort and for those out skiing at the moment, it goes without saying to be sensible and to adhere to the local warnings about going off-piste.

More details on the extreme recent weather can be found in the Net Weather forum https://www.netweather.tv/forum/topic/88719-worldwide-mountain-snow-sports-discussion-201718/?page=7 and also it has been widely reported on weather sites over the Internet.

To start the weekend, low pressure is set to be to South West of the Alps, with mild South Westerly winds over much of the Alps.

Around midweek, the wind is expected to bring in Westerly winds, which is set to clear away the very mild air over the Alps, and feed in cooler weather from the West, with temperatures edging closer to the seasonal averages.

These Charts show the Synoptic Pattern for the week ahead (left), the Temperature Anomaly (right) - notice a large amount of red shading over the Alps indicating above average temps at times this week.

The mild weather of recent days is set to continue for the weekend with very mild conditions for Northern parts of the Alps and a possible foehn wind with winds from the South West.

Similar for the start of next week, remaining mild over Northern parts of the Alps but with the foehn risk areas changing due to the winds veering to a South Easterly.

Turning cooler from the West midweek, as winds veer to more of a westerly.

For this weekend, it is looking mostly dry for most parts of the Alps, however with patchy precipitation for the Switzerland, France, Italy border area on Saturday. 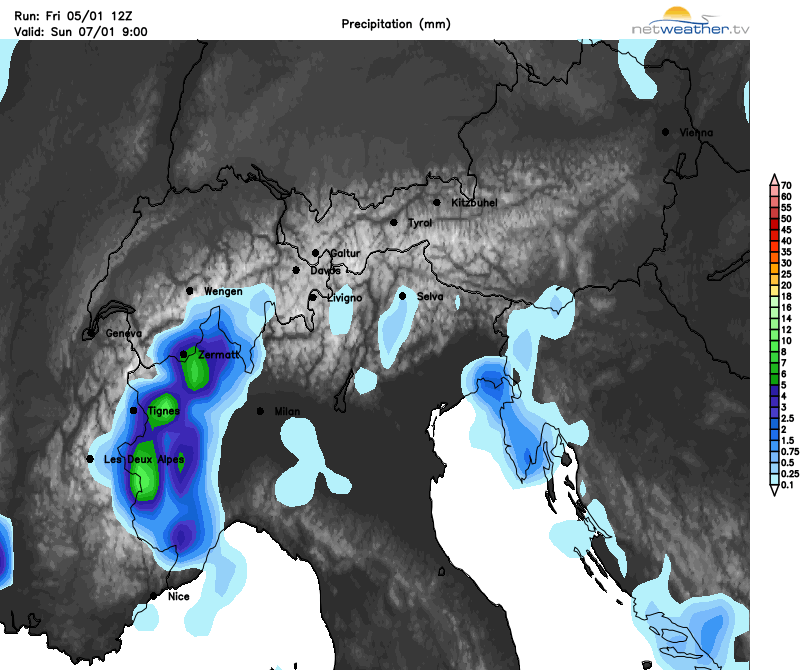 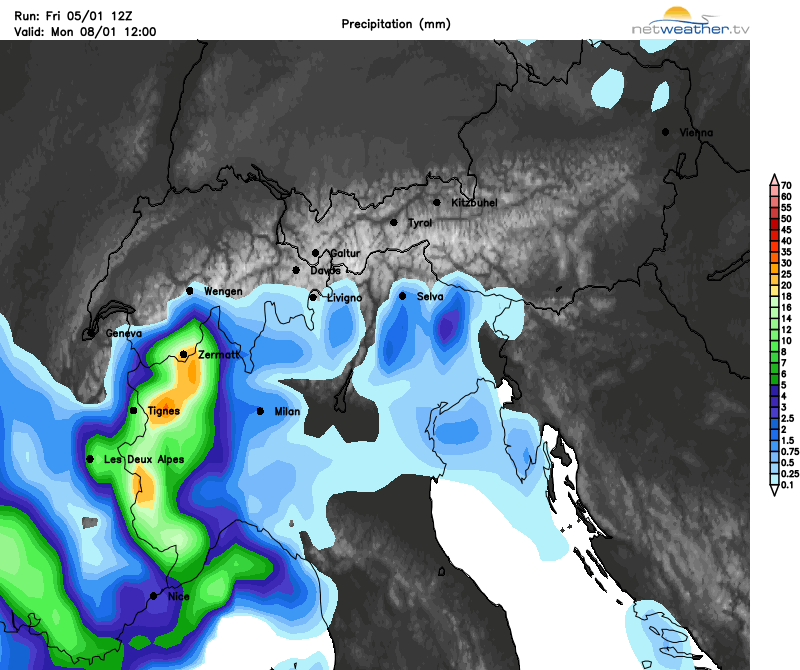 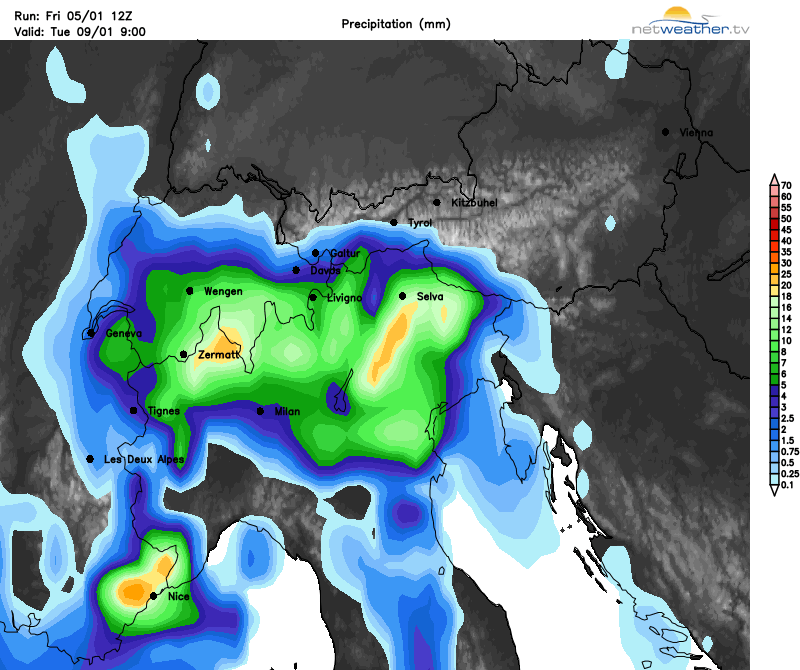 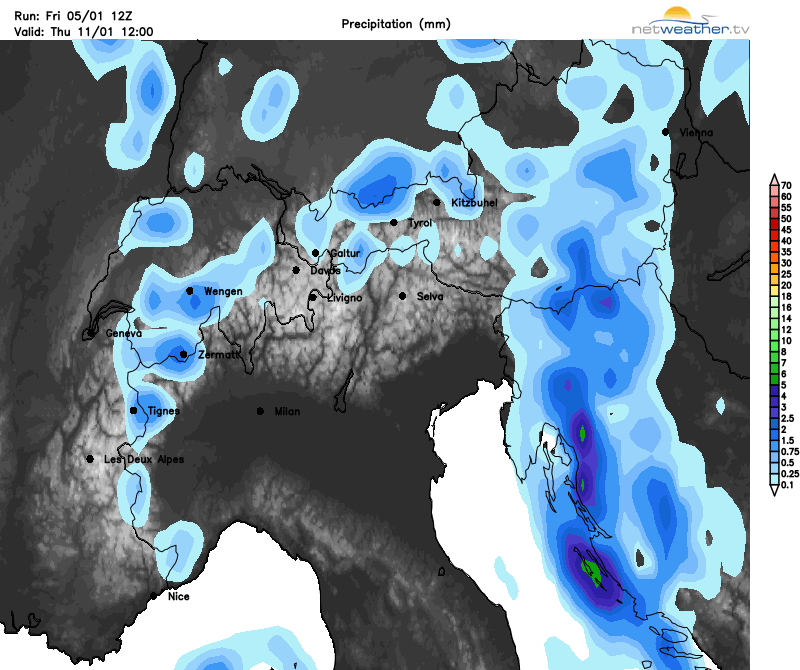 Towards the weekend, some showery outbreaks are possible more especially over Austria, snow to quite low levels.

The precipitation over the next four days is very heavy localised to areas on the France Italy border areas, and the Italy Switzerland border areas. In prime spots well over a metre of snow above 2000m is possible with Zermatt a prime candidate.

Below 1500m the current indication is that not much snow is expected and areas further North and East may well remain completely dry for the first part of the week. 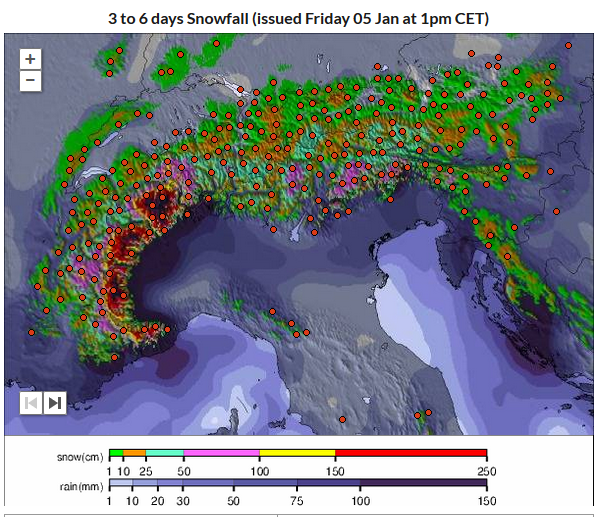 Austria and Eastern Switzerland – Excellent current snow conditions to start, turning very mild especially in Northern areas which will turn slopes slushy, but a lot of dry and bright conditions to ski in, before a return to average temps before the weekend. 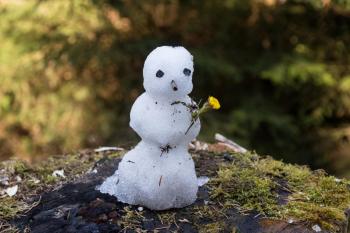 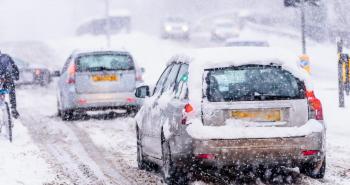 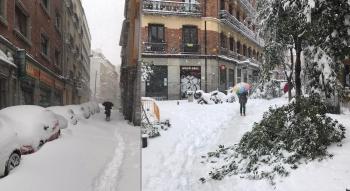