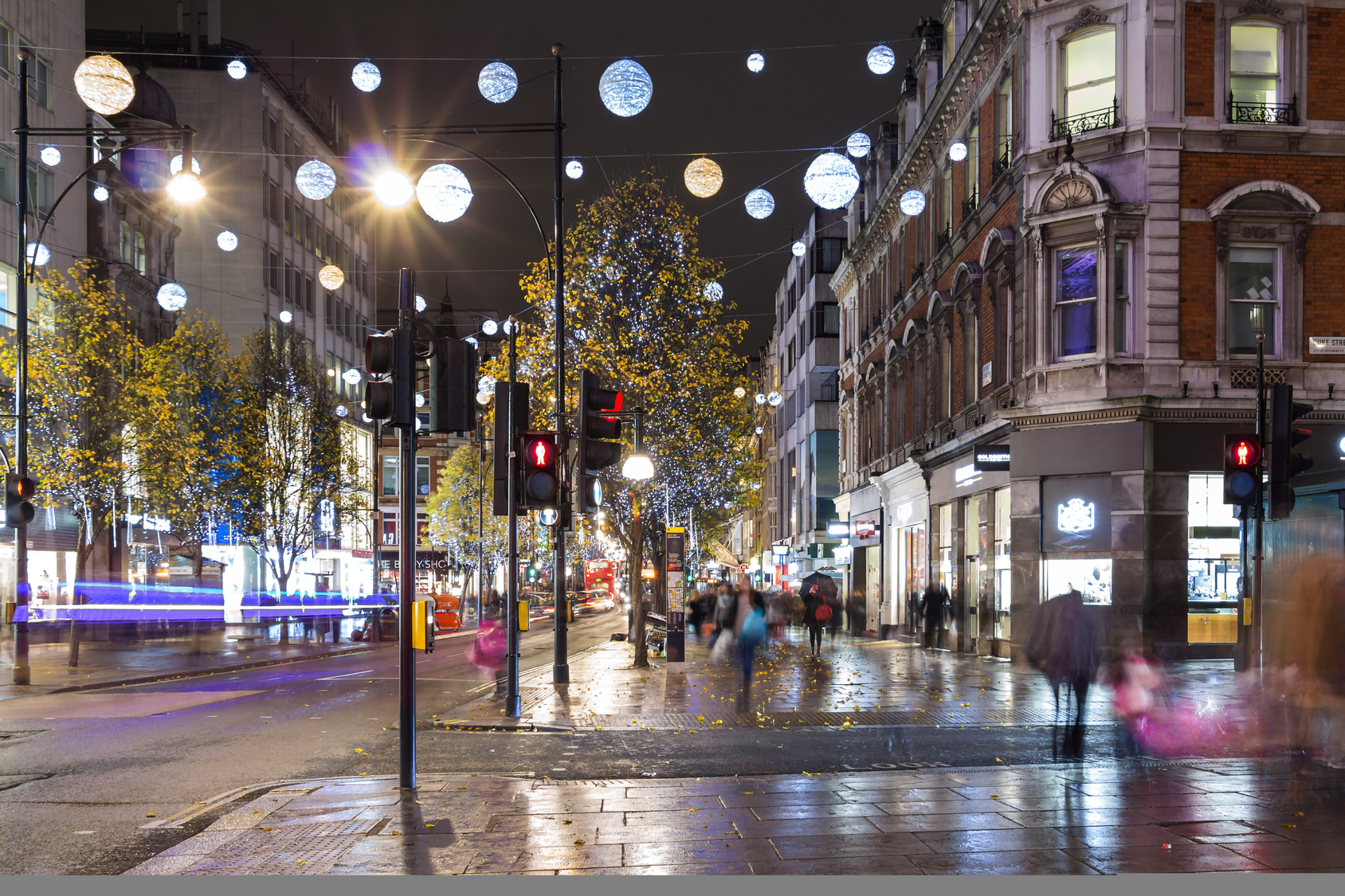 It's 'Panic Saturday', apparently millions of us will be racing into town to spend as much as £2.2 million a minute at the tills today, and you'll definitely not be needing to wrap up warm.

The overall December temperature record was set way back in 1948, when Achnashellach in the Highlands reached 18.3c, it's a long shot to reach that today, but some parts are already up at 16c, after an incredibly mild night, and 17c or so is a likely high in places. When you bear in mind that countrywide the average maximum temperature in December is 6.7c, it really highlights just how mild it is right now.

With all the mildness, you'd be forgiven for expecting some sunshine and dry weather, but no - we've a front in play today, waving it's way up from southwest England, into Wales, through into Northwest England and up the middle of Scotland. and it's not going to move much through the day. 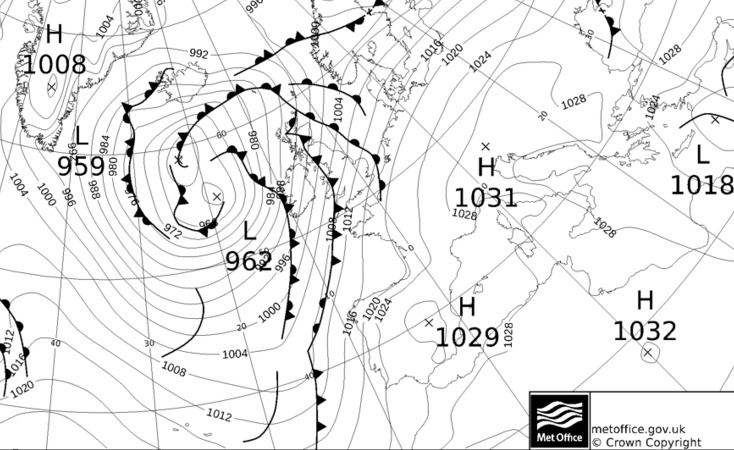 That's going to mean some heavy outbreaks of rain affecting the west of England and Wales, through into other parts of northern England, and up into southern, central and eastern Scotland. There'll also be some showers running into western and northern Scotland. Elsewhere though, it's a drier picture and there should be a few sunny breaks in eastern England. It's also windy, with gales in exposed parts of northern and western Britain, perhaps even severe gales up into the far north and northwest of Scotland. 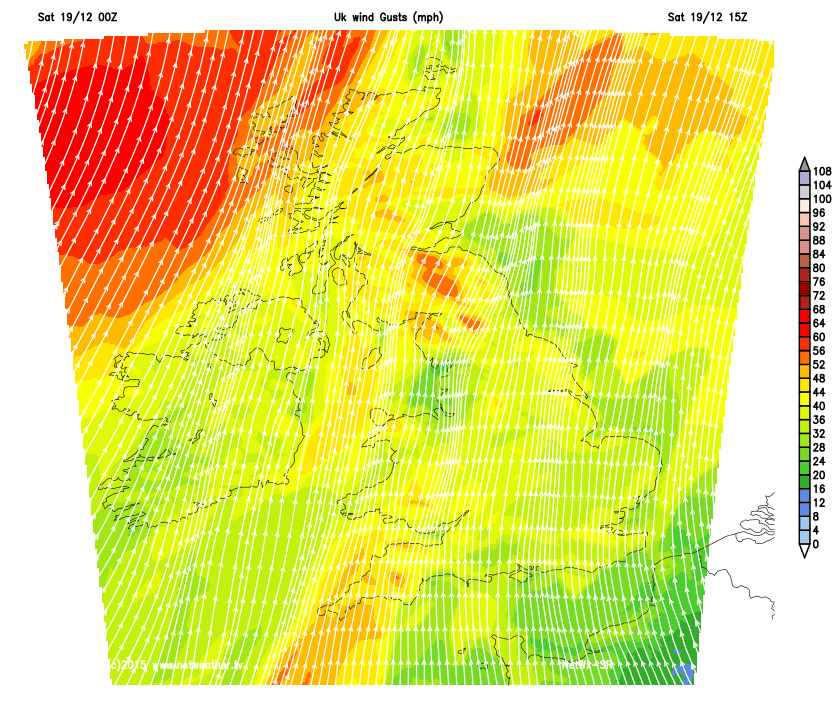 The front bringing the rain will gradually slide away southeast overnight and into tomorrow, fizzling out as it does so. It'll introduce fresher, slightly cooler air behind it too with more in the way of sunshine for many tomorrow. There will be some showers blowing in from the west though, particularly across the northern half of the country where they'll be heavy at times. Where the front lingers in the southeast for a good part of the day, it'll stay cloudier here too, with some occasional light outbreaks of rain.

Temperatures will still be in the mild category, but peaking at 12-14c in the southeast and 8-11c elsewhere - not quite as mild as today.Winds will still be blustery too, but down a notch or two on today. 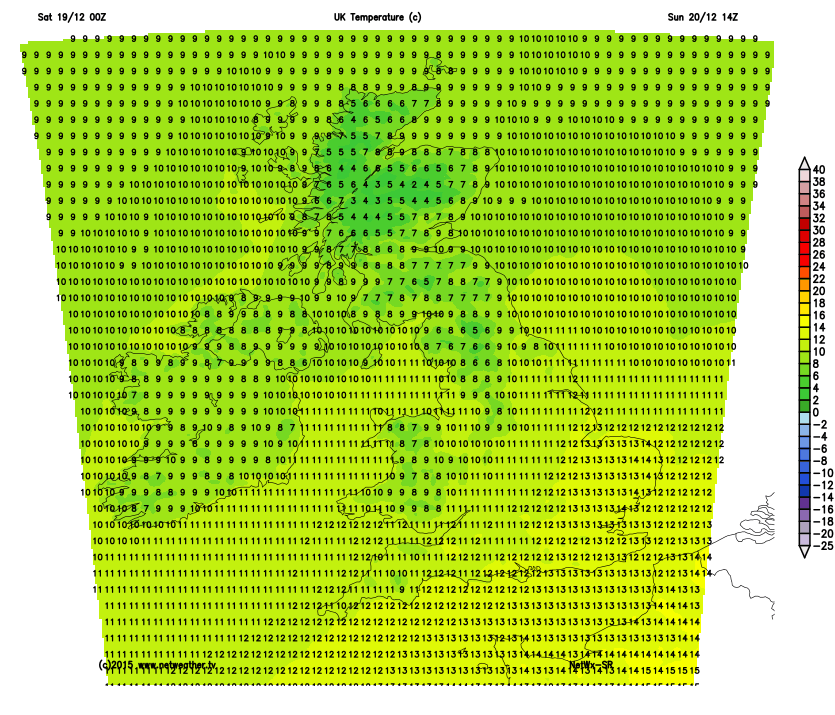 Next week will bring a succession of lows across the country, with some very windy conditions and heavy rain at times. Monday starts the ball rolling with rain and wind arriving in from the west. Tuesday brings a near repeat performance, Wednesday quieter but still blustery with some bright or sunny spells and showers. Then Christmas Eve could be really quite a stormy one, with a deep low likely to be arriving onto the scene - certainly one to watch, particularly if you have travel plans. 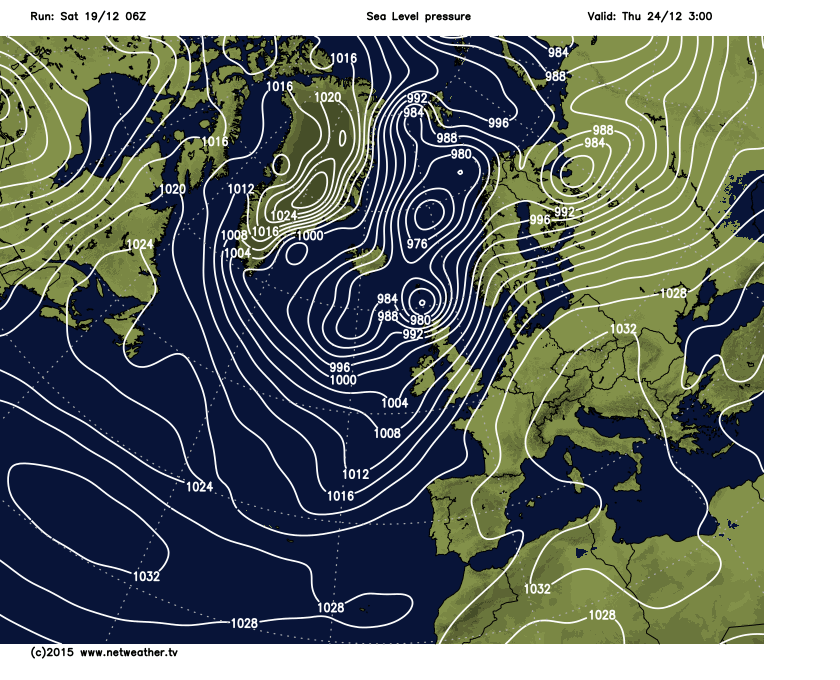 That low may well introduce some colder air across the north of the country, cold enough for some snow over the hills and mountains, and that could cling on into Christmas day to bring a potential White Christmas for a few. Elsewhere though, it's expected to turn milder from the south, with some rain moving through during the day. More on this over on the Christmas forecast.