Week Ahead: Get ready for an Atlantic onslaught

We've a stream of low pressure systems lined up to attack the UK during the coming week, so get set for plenty in the way of rain and wind.

Today, it's the north and west of the country bearing the brunt of the wet and windy weather, and that's often going to be the theme with high pressure over the continent close enough to the southeast of England that'll it'll often keep the worst of the weather away from here - don't expect to get away scott-free though.

During the remainder of the day and into the evening, the rain will spread southeast, becoming lighter and more patchy as it does so. The strong winds (gales in exposed parts) will continue for a time across the northern half of the UK, before gradually easing - on the mainland at least. The northern Isles of Scotland are liable to see ever stronger winds this evening and during the first part of the night,  gusting 70-80mph+ for a time before easing later.

At the same time overnight, the next low is already inbound, to bring another spell of wet and windy weather in from the west through Ireland and into northern England, north Wales and Scotland. Again gales, or even severe gales in exposed parts and high ground are likely, which coupled with heavy rain is likely to mean a tricky drive into work. 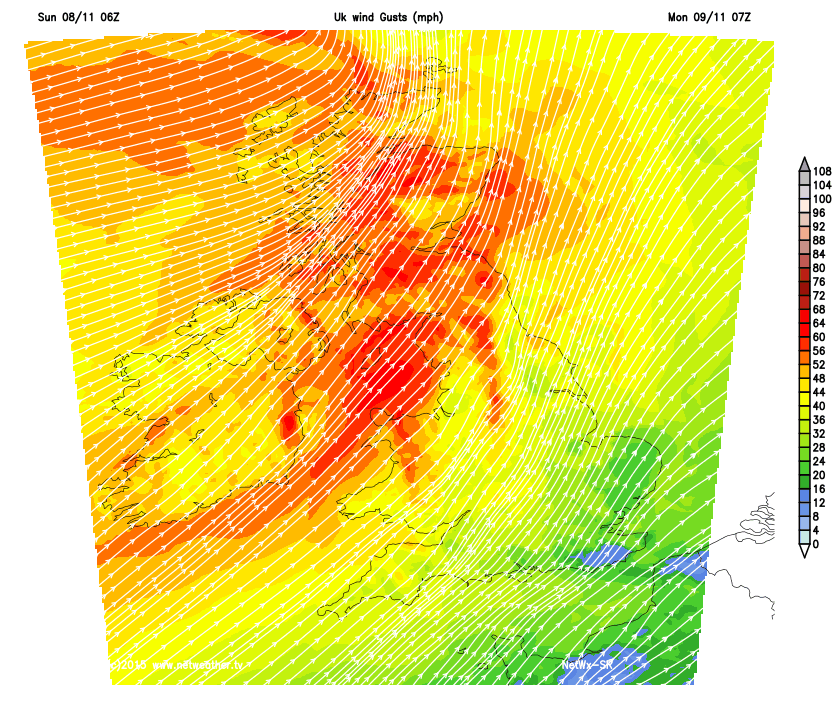 The rain will clear out quite speedily, with blustery, squally showers following into the west, which later will merge to bring another spell of more persistent rain through during the evening and overnight, along with those ongoing strong winds.

Further south and east tomorrow, it's a drier picture with some showery rain affecting the southwest but further east across central and southern England it stays dry. Winds will still be blustery though - especially in the Wales and the midlands. Temperatures will still be on the mild side in the south, reaching 15c here, but cooler as you head north to only peak at 9-11c in Scotland.

Tuesday brings something of a respite from the strongest winds and persistent rain, but there'll still be a brisk southwest wind, and some sharp showers around, especially (you guessed it) in the north and west of the country. 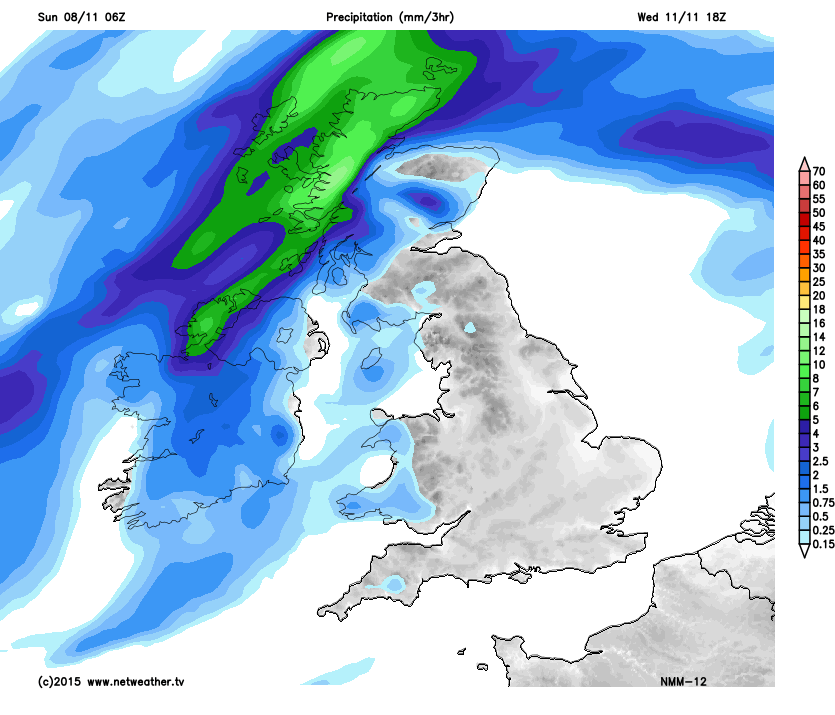 Wednesday brings another spell of wet and windy weather spreading through from the west, again the southeast corner is liable to miss the most of it.

Thursday sees a deep low moving our way from the Atlantic, bringing strong winds and another spell of rain in from the northwest, spreading southeast. That'll introduce cooler air behind it, turning the rain to sleet and snow over the hills of Northern Britain into Friday, by which time winds could become stronger still too. Beyond that, into next weekend there's no end in sight with more Atlantic dominated, very mobile, unsettled weather to come. 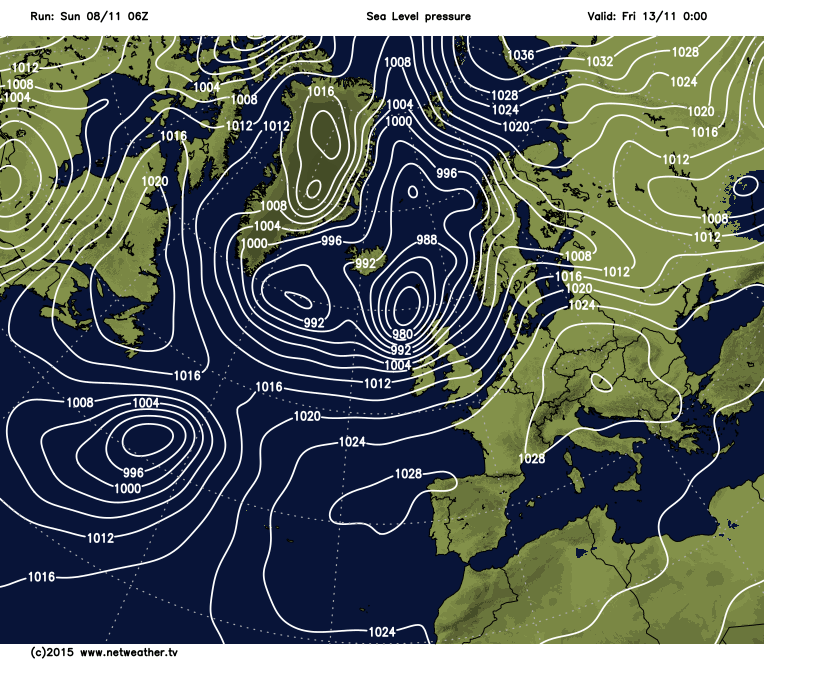 With so many lows around, there is some uncertainty over the specifics of the forecast this week, as the track, intensity and timing of the lows is always subject to change - so please stay tuned for the latest as we move through the coming days. Don't forget that you can also check your local hour-by-hour forecast here - which is updated every 6 hours with the latest data.