Jet Stream On The Move & End Of The Settled Spell Beckons

Braemar made it a double yesterday, managing to be both the coldest and warmest spot for the second day running - peaking at 22.7c and starting the day at -2c, quite a swing! 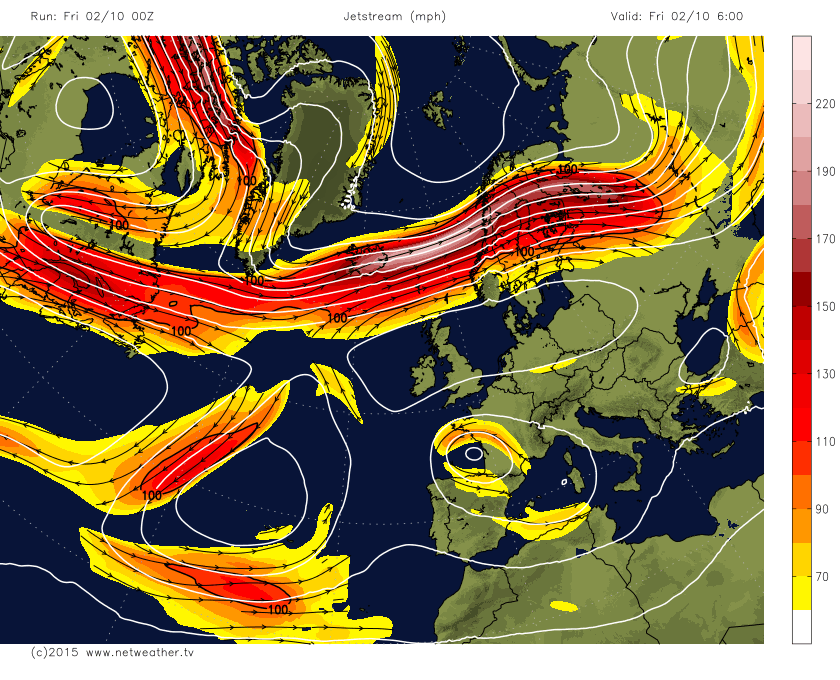 The settled, sunny spell is starting to draw to a close though, the jet stream which has been to the north of the UK is going to be heading south again shortly. The breakdown will be fairly gradual during the next few days with more warm sunny spells to come, but by Monday it'll be in full swing with rain and wind sweeping up from the southwest. 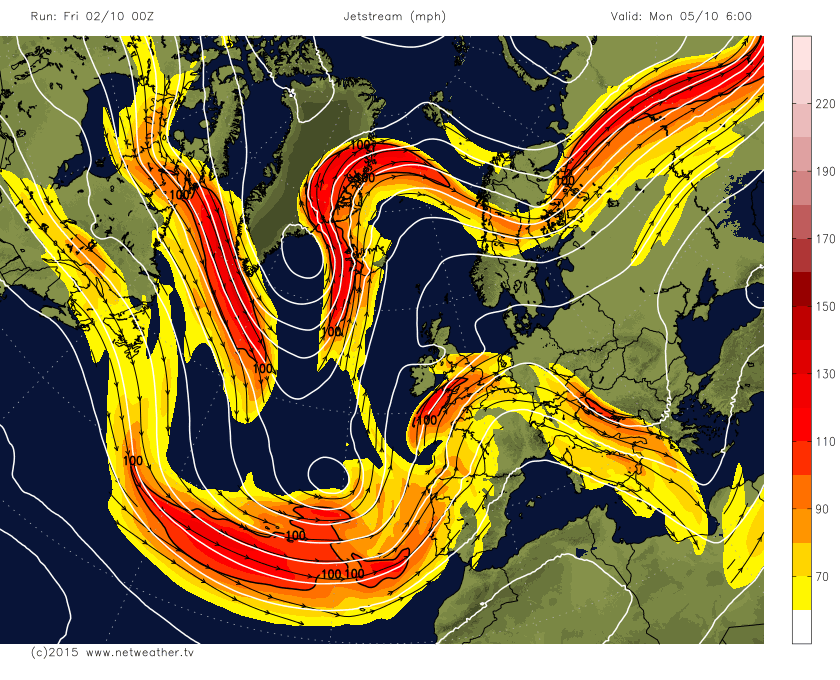 Today, after the chilly, and in places foggy start we'll be back on the sunshine trail again in the main. There'll be more in the way of cloud coming into northern Scotland and Northern Ireland during the day though, maybe even bringing a few spots of rain in the far north. There's also the likelihood of some cloud coming in off of the North Sea into eastern coastal counties of England later in the day.

Temperatures will be down a few degrees on what we have been seeing across the northern half of Scotland - so 3 in a row looking unlikely for Braemar. Further south though it's a case of as you were with highs again into the high teens, and locally the low twenties. 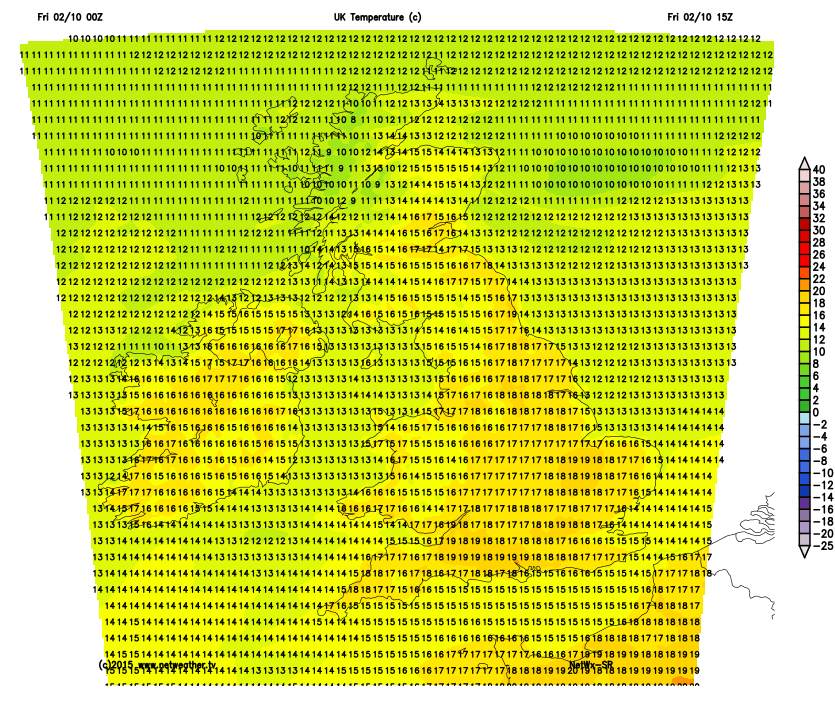 Another cool night follows, with mist and fog patches again forming in places, along with a touch of frost where skies are clear across the northern half of the country. There will be increasing amounts of cloud moving into northern regions though.

Saturday sees a continuation of the slow breakdown, away from the south of the country it'll be cooler than today, and there will be more cloud around generally - although sunny spells are still likely - especially in central and southern parts. Not too much changes into the first part of Sunday at least. It will be cooler again for Scotland and the north of England though, where highs will struggle into the low teens at best by this point.Still the mid-high teens further south.

Winds will be strengthening in western areas as low pressure draws ever closer, cloud will begin to fill in from the southwest too, and by the end of the afternoon the first outbreaks of rain are likely to be arriving. We're then into an unsettled run of weather during next week, so expect rain at times, strong winds at times, and a real mix of temperatures, with milder air during the first part of the week potentially seeing highs into the twenties in southern and eastern parts at least, before westerlies take over beyond that to cool things down.

For more detail on all of this, don't forget to tune in for Michael Fish's weekly forecast later on this afternoon.