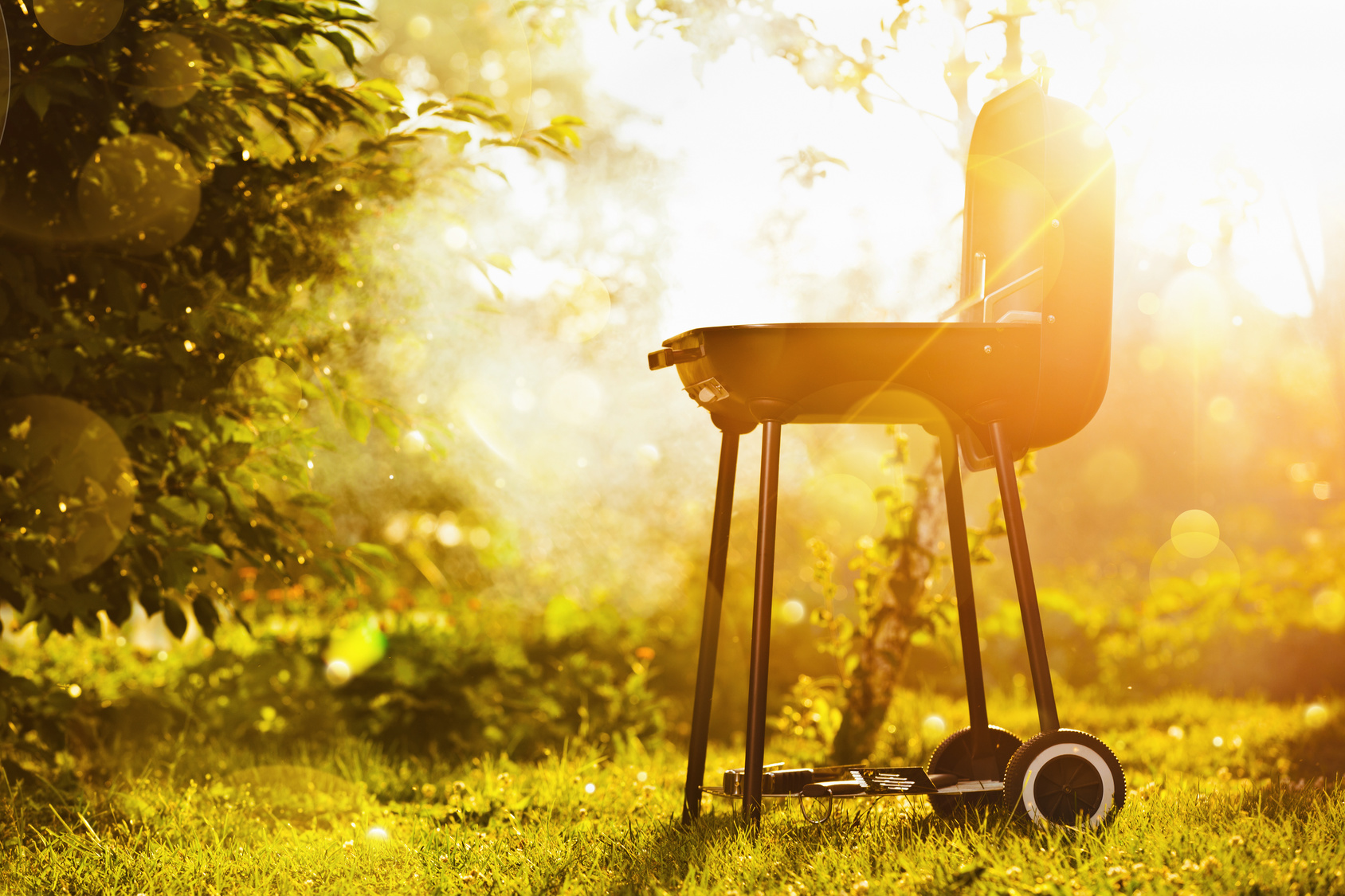 It's been a fresh night away from the southeast corner - the Highlands took the prize for the coolest temperatures dipping away to 1.5c in Altnaharra, which incidentally is one of the spots which holds the coldest ever temperature recorded in the British Isles; -27.2c in December 1995.

After the chill start in places, the day will soon warm up and like yesterday it's another mainly fine one with good sunny spells coming through and just the risk of a shower here and there. Most likely spots to catch one are through western areas, and perhaps along the south coast later. Temperatures will range from 18-21c typically across England and Wales, 15-18c for Scotland and Northern Ireland. 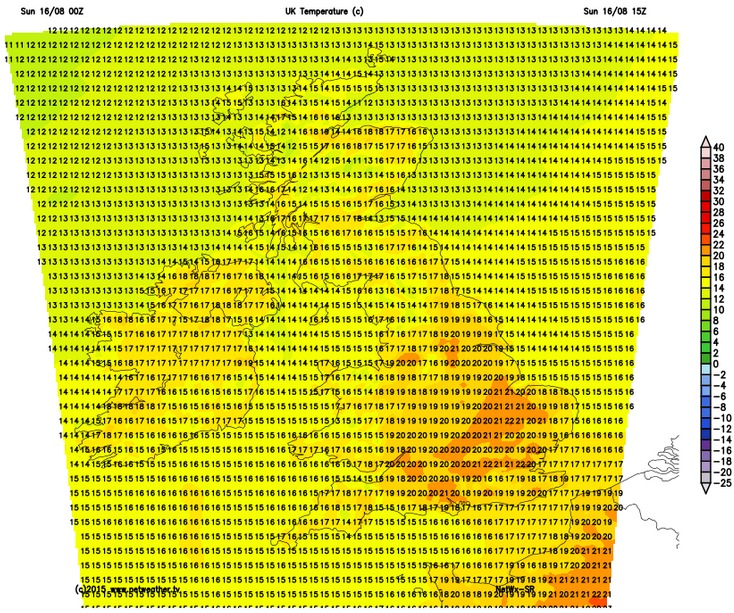 The majority of any showers die away overnight to leave a quiet, clear and fresh one for most. It'll not be quite as chilly as last night though.

Monday sees more sunny spells but cloud will bubble up quite readily through the day to bring more in the way of showers than we've seen today. Not all will catch one, but they could be on the sharp side if you do. Temperatures will be a touch warmer than today, 19-23 widely across England and Wales, 16-20c in Scotland and Northern Ireland.

Tuesday will see temperatures on a par with Monday, and should bring fewer showers, so the majority staying dry with sunny spells. Some persistent rain will have moved into the North Sea by this point, affecting the Northern Isles - particularly Shetland and there is just a risk it may graze the far northeast of mainland Scotland during the day.

Wednesday brings the start of a change though, as an Atlantic system moves close by and throws it's weather fronts our way: 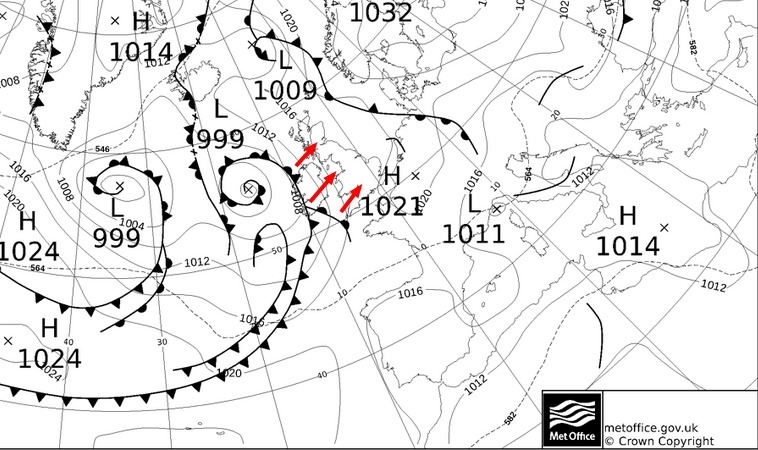 For most, it does look another dry, bright and warm day - with temperatures up into the mid-twenties in eastern England by this point, but rain will cross into Ireland during the day, reaching western Britain into the evening.

Thursday will see the rain continue to move through northeastwards - for southern parts it's likely to be patchy with southeastern England likely to stay dry. Further north and west there will be some heavier bursts though, and generally even where there isn't any persistent rain, there will be a lot of cloud - which in turn will keep temperatures a little surpressed compared to Wednesday.

As we move into the latter part of the week and the weekend, our old friend the northwest - southeast split is liable to setup for a short while at least, with more showery rain in the north and west, warmer (with highs heading into the mid-high twenties) further south and east, albeit with the risk of some thundery downpours at times.

That thundery threat, along with the heat could then spread further north later in the weekend and into the early part of next week - a long way off at this point but definitely something to keep an eye on.