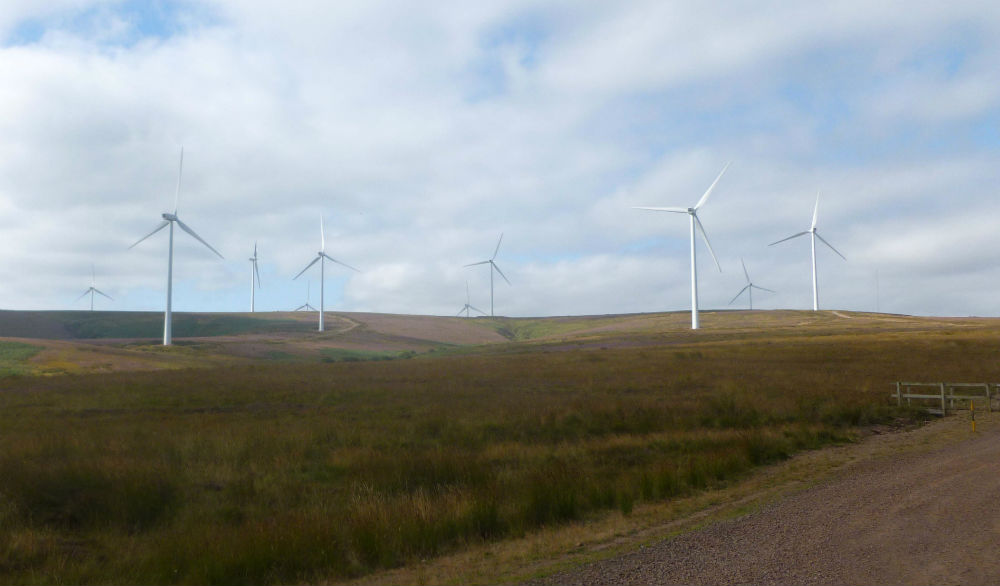 Blustery , wet in the west, not as warm

Tuesday will be a blustery day and so feel cooler than Monday in the SW winds. A deep area of low pressure is already throwing cloud and rain over northern and western parts of the UK with strong winds through the Irish Sea and for W.Scotland if you’re off on a ferry. Ahead of this frontal band, much of England has clear blue skies and sunshine this morning.

Best of the sunshine today remains in SE Britain with temperatures peaking at 21 or 22C. The wettest parts will be western Scotland, Isle of Arran particularly, Cumbria and Snowdonia, with over 30mm today. Windiest part – the Outer Hebrides with a southerly Gale and gusts 50-60mph. 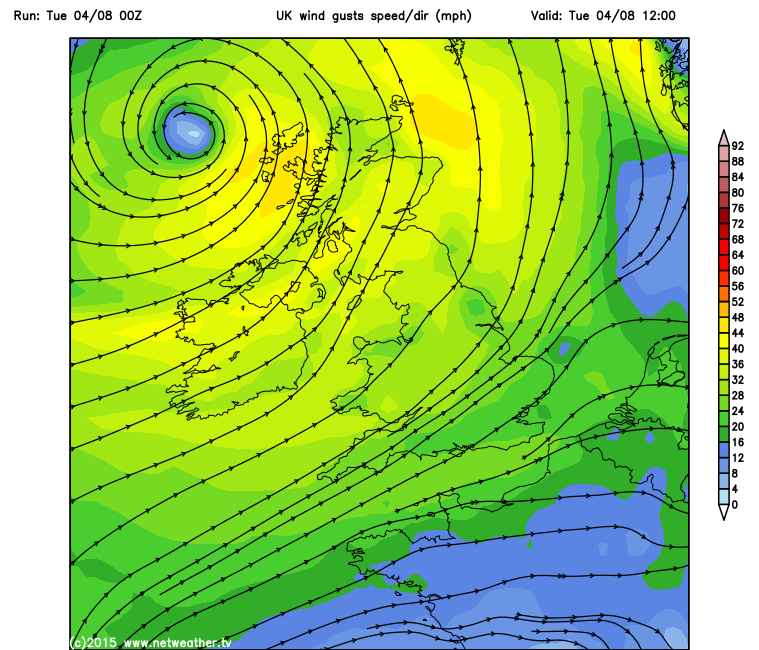 Much of central, eastern and south-eastern England has a great start this morning even though the breeze is picking up. Cloud will increase over the Midlands (17C) and eastern England (18 to 22C) during the day with just the odd shower possible but the emphasis is on a lot of fine and dry weather. The southeast will see move high cloud but keep sunny spells (19 to 22C) with a fresh SW wind around the coast. SW and NW England have more cloud and outbreaks of rain with some heavier bursts this morning for the high ground in Cumbria and Lancs. (14C). SW England will brighten up this afternoon and reach 19C in a fresh SW wind and NE England will manage to see sunny spells this morning, up to 17 or 18C before the cloud increases.

The winds over N.Ireland ease off a touch to fresh and veer to the SW. So a blustery day with temperatures of only 13 to 15C. The heaviest rain today will just sit north of the border from Fermanagh and Tyrone. Elsewhere, it will be cloudy and damp with bright spells coming through in the afternoon away from the NW.

The SW winds freshen today across Wales bringing more cloud and showery outbreaks of rain in from the West. This morning will be wetter with the afternoon slowly improving so more chance of sunny spells in the south and for Powys & Wrexham (17 or 18C). Brighter this afternoon as the National Eisteddfod continues this week in Monmouthshire but staying blustery tomorrow too.

The brisk southerly winds over Scotland mean Inverness and Moray will still feel some warmth today with temperatures up to 18 or 19C with sunny spells. Through the Central belt will feel cooler at only Glasgow 14C. Edinburgh 16C, with no signs of anything much warmer for the end of the week as the Edinburgh festival gets going in earnest. Western Scotland will see a lot of rain today with SW parts and Tayside also seeing outbreaks of rain. For much of Scotland it will be cloud, damp and windy with the best of any breaks in the cloud in the far north and the east this afternoon.

By this evening today’s low pressure will be swirling about over the Faeroes as another smaller low pressure heads towards the UK from the SW. 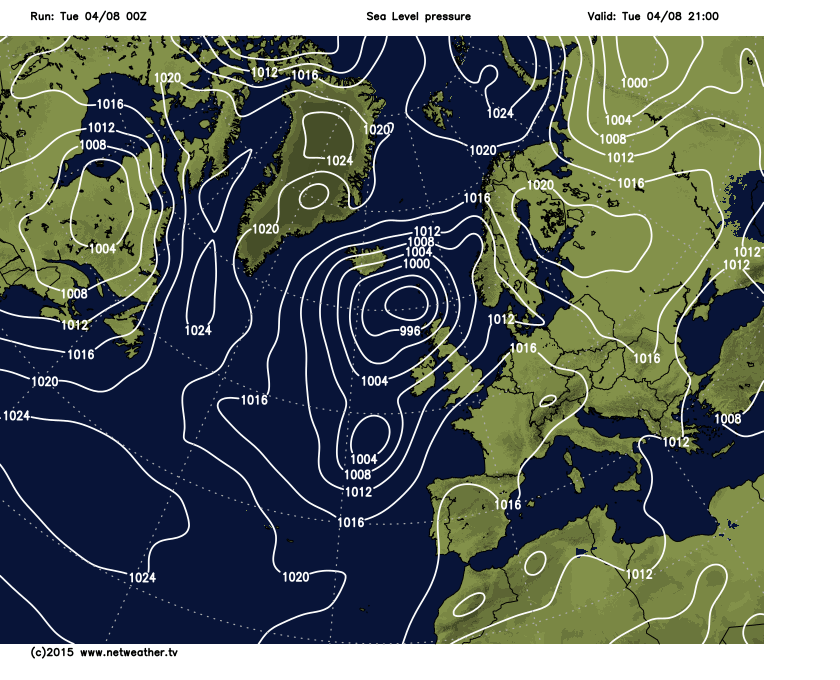 Through the night showers appear over SW England, Wales and SW Scotland with strengthening S winds into the Celtic and Irish Seas. The heaviest rain will arrive in southern Ireland at dawn and head north. For Wednesday morning eastern and the far north of Britain will have a fine, bright, even sunny start. N.Ireland and all around the Irish Sea will be very wet and windy with the rain spreading over Wales, SW & NW England and some of Scotland. Much of England will have a fine, bright even sunny day with just the threat of a few hefty showers in the evening in the north and west. Eastern England will be a bit warmer up to 23C with moderate south winds.

For the end of the working week, the winds do ease off and there will be some warmth about, into the mid 20s C for SW and high teens further north. There will be more drier, brighter and sunnier weather about with just a few showers.