Last week of July, could do better

Low pressure is right across the UK today, so we have an unsettled Monday morning with a lot of cloud and outbreaks of rain. There is more rain over N.Britain as a few breaks appear in the cloud further south but it’s not exactly summery. 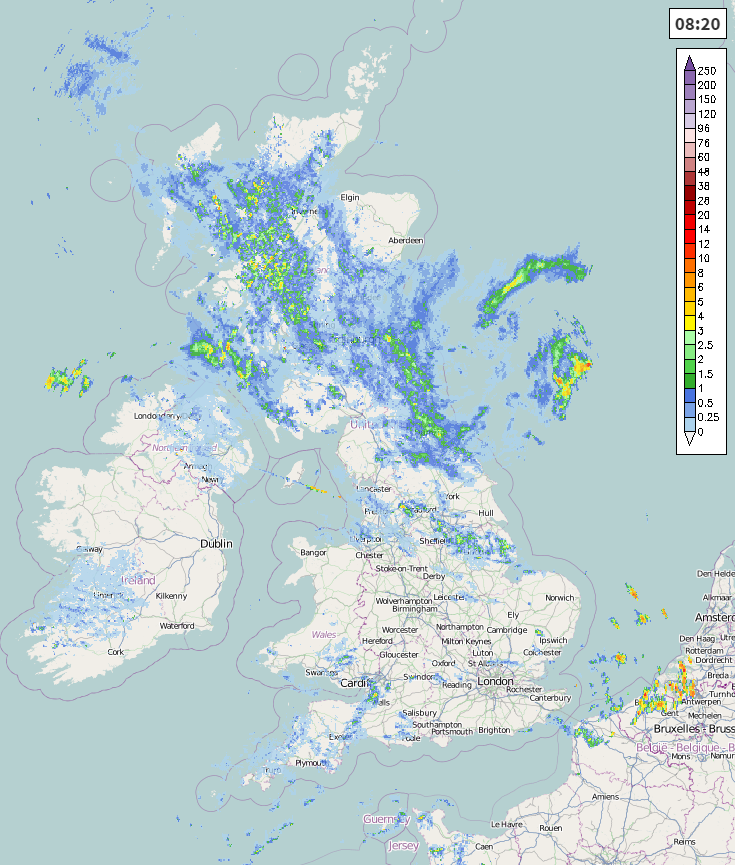 The main band of rain is over Scotland and N.England to start the day and will cover N.Ireland this morning with some heavier pulses moving into Wales from the west. The northern half of Scotland should see some improvement this afternoon, as the rain turns more showery and the cloud lifts. The Northern Isles will see sunny spells as much of Scotland sits in a cool NE wind (11-13C). Much of England and Wales has cloud with showery outbreaks to start the day with a few brighter spells. Heavier showers move over SE Britain (19 to 21C) into E.Anglia through the day as more sunshine appears for southern England, inland Wales (17C) and the Midlands (16 to 18C). The winds will be brisk over S.Britain today with fresh west winds, strong for some coasts. N.Ireland will see grey skies, outbreaks of rain and feel cool at only 13 in a light to moderate easterly wind.

Strengthening wind today, and some of the showers turning heavier later

So for today, areas which will see rain for a good part of the day will be N.Ireland, southern half of Scotland , N.England and W.Wales.

As the low clears off into the North Sea, it will draw in cooler air from the North through Tuesday with plenty of showers. So more wet weather for Scotland, N.Ireland, N.England aslo north & west Wales and Norfolk in the northerly flow. Southern Britain will escape most of this though and have a fine day. 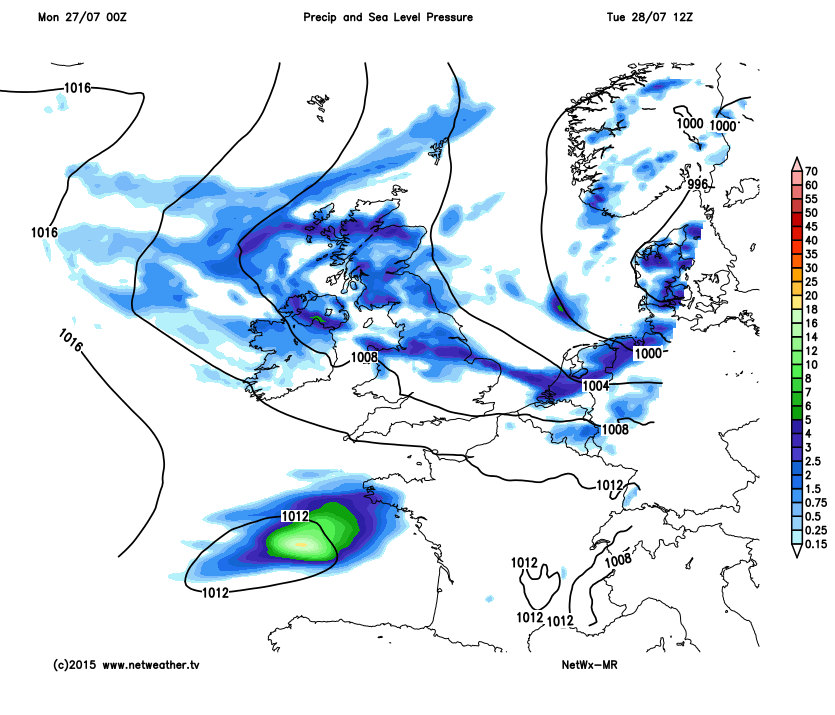 Wednesday will be cool as well but with more fine weather in the west and south as the showers become confined to central/northern and eastern parts of Britain.

High pressure then builds in from the SW during Wednesday night, bringing more settled conditions to N.Britain finally although not completely dry. A few showers for N.Ireland and S.Britain continue with bright and fine weather around but only in the high teens.

By Friday another low pressure could be bringing rain in from the NW but further south the drier and brighter conditions continue, but nowhere is feeling that warm, even with the strong sunshine.