Cold & Bright Start To Sunday, Change On The Way For New Week

For many of us, Sunday will be dry and sunny, though it was a rather cold start earlier for late August, with Katesbridge in Northern Ireland seeing its coldest August night on record with the mercury plummeting to -1.9C, beating the previous record of 1.1C. The UK record low for August wasn't broken, but we did see temperatures fall close to freezing in notorious frosty spots across the UK, with a minimum temperature of 1C recorded in Eskdalemuir in southern Scotland and 2C as far south as at RAF Benson in Oxfordshire.

However, a change is looming for the new week, as Atlantic low pressure systems queue up to bring rather wet and windy weather at times, particularly across England, Wales and Ireland tomorrow and Tuesday and across most of the UK later in the week. For now, its a story of sunny spells for most of us for the rest of the morning, with just a few showers across the north of Scotland and west Wales. Cloud will thicken across Northern Ireland, Wales, SW England and the Midlands through the day though, with patchy rain arriving this afternoon and evening from the southwest. Scotland, northern and eastern England will stay mostly dry and sunny, though a few showers continuing across the north of Scotland. Southwesterly wind will be generally light, temperatures reaching 19C in London, 18C in Cardiff, 17C in Manchester, 15C in Belfast and Glasgow.

Heavier and more persistent rain will spread in across Wales and SW England this evening, then across Northern Ireland, the Midlands and central southern England overnight. Scotland, the north and far east of England staying dry, clearer skies across Scotland allowing a chilly night again, but cloud across England, Wales and Northern Ireland holding temperatures up into double figures.

A cloudy start to what will be a generally cloudy Bank Holiday Monday across England and Wales, with occasional outbreaks of rain spreading northeast reaching most parts during the morning. The rain turning heavy and persistent at times across Wales and southern England - where we could see as much as 30-40mm fall by the end of the day. A gusty southwesterly wind accompanying the rain too. Brighter but showery conditions perhaps arriving across SW England and south Wales in the afternoon, but for most, a dull and wet day. Scotland, on the other hand, will remain mostly dry and bright. Temperatures reaching 19C in London, 18C in Cardiff, 14C in Belfast and 16C in Glasgow.

Rain will clear southeast across England and Wales on Tuesday, so brightening up and winds easing across northern and western areas, with rain last to clear southern England in the evening. Scotland seeing another mostly dry and bright day. Mostly dry and sunny conditions look likely on Wednesday, though showers may develop across southern England and south Wales. Further wind and rain returns on Thursday from the west, this time across most parts of the UK, followed by sunny spells and blustery showers on Friday. So still no sign of any very warm and settled weather before the schools go back. 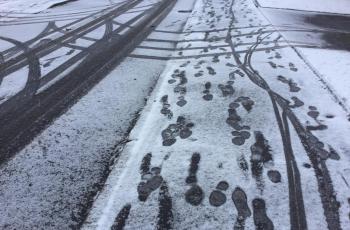