Most places will have a cold weekend that will be dry and frosty. There will be some snow. Showers caught in the flow mainly for N.Scotland and coastal Britain. 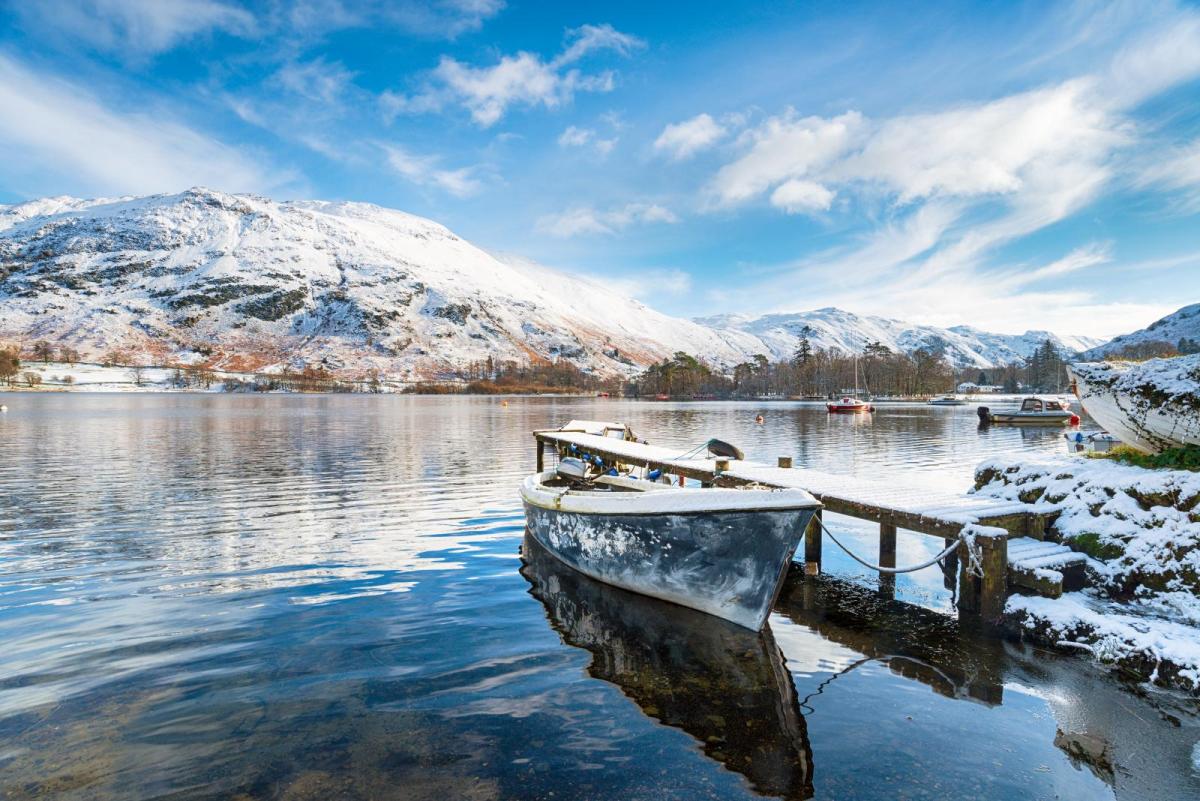 This week’s cold air from the Arctic will have spread across the UK by the end of Wednesday and is set to stay throughout the weekend. This means we are in for a chilly few days with widespread frosts, bright sunshine but the risk of ice in places and a bit of snow. By night, temperatures will fall down around -3 to -8C and by day many places will struggle to rise above freezing. 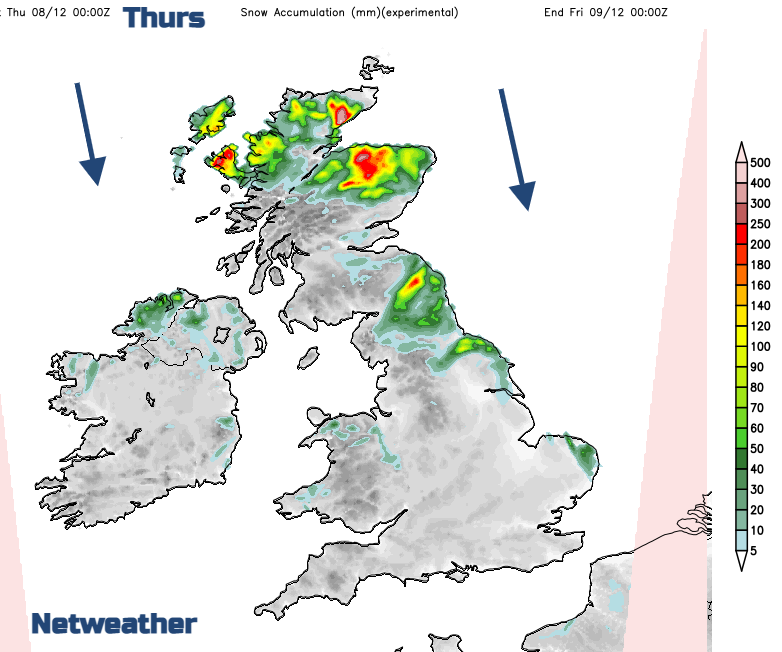 Snow accumulations for midweek show much of the UK stays dry and is unlikely to see snow. A similar story for later this week. Just cold!

Areas affected by snow showers will mostly depend on the wind. Occasionally bands of heavier precipitation (trough lines) will swing off nearby low pressures and bring sleet and snow to more of the UK, often by night. For southern Britain, there is less of a risk but we are still watching the formation of convergence zones which might bring snow to high ground. 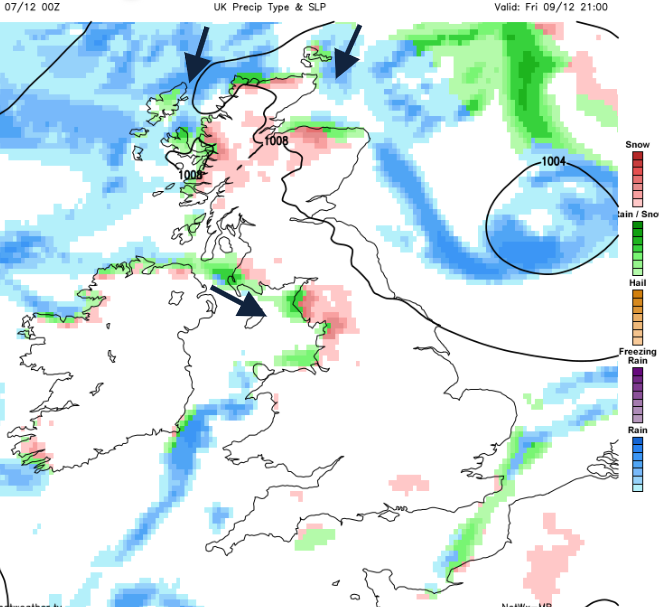 If you are off out on Friday night, it will obviously be cold. There is a low pressure over the North Sea and the northerly flow continues to bring sleet and snow shower to the far north of mainland Scotland. There will be accumulations of several cms of snow in places where the shower feed has just kept going for several days. The midweek Met Office Snow & Ice warning mentions

“Accumulations of 2-5 cm are possible at lower levels, with 5-10 cm above 200 metres. Some drifting and blizzard conditions are likely in the strong northerly winds.”

A light NW flow off the Irish Sea could bring wintry showers to Lancashire and Cumbria. Depending on the flow, clipping the south coast of Dumfries & Galloway, also crossing Anglesey. Timings vary for a band developing which swings into western Wales and then over Devon and Cornwall. This would bring snow over the Welsh hills and mountains and also the Moors of the southwest. It could arrive during Friday night or might be on Saturday. 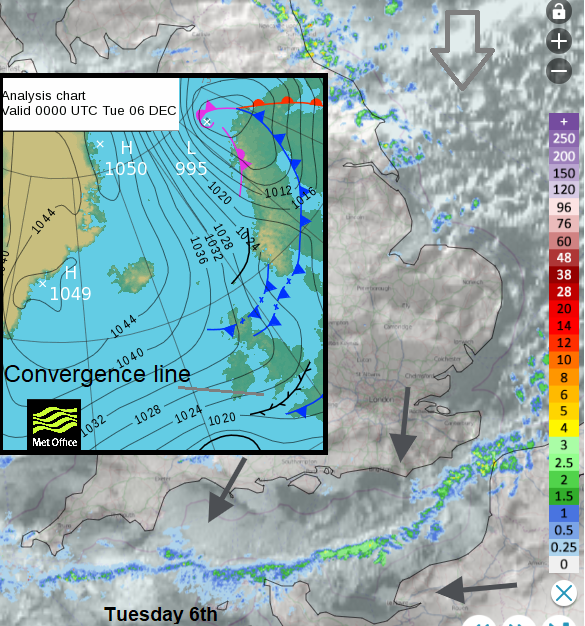 Convergence zone streamer from earlier this week. This one was just of rain as the sea is not too cold and real Arctic air was still to the north.

Kent looks potentially interesting. Earlier this week a rain convergence zone setup in the English Channel. It was offshore from Kent westwards and persisted through the day. The northerly flow meeting the easterly flow off northern France, causing uplift and showers. These features in colder air add intrigue and hope for snow lovers. The Netwx MR model has a convergence line running NE to SW near and then over Kent on Friday night. It shows snow for the highest ground over the Downs but the UKV keeps the band offshore, so dry for the far SE. 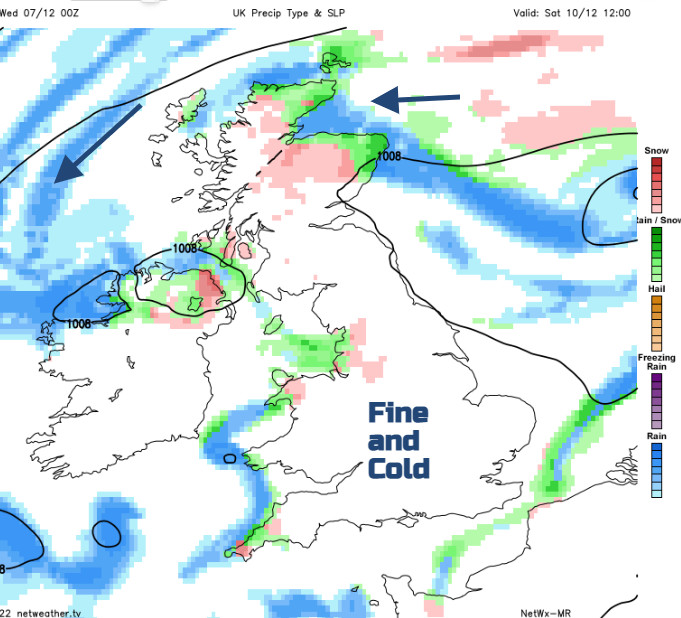 Another cold and frosty start, again with the risk of ice. However overall, many places will continue to be dry with a mix of bright spells and some cloud cover. Others will have been clear and very cold by night but see sunshine by day. It’s not going to lift the temperatures much but will make the day seem more cheery with hardly any breeze. There is a low risk of fog, including freezing fog. Areas showing a higher risk of wintry showers on Saturday include Wales, and NE England/SE Scotland. Northern Scotland will still see a flow of snow showers but from a more NE direction rather than straight northerly. 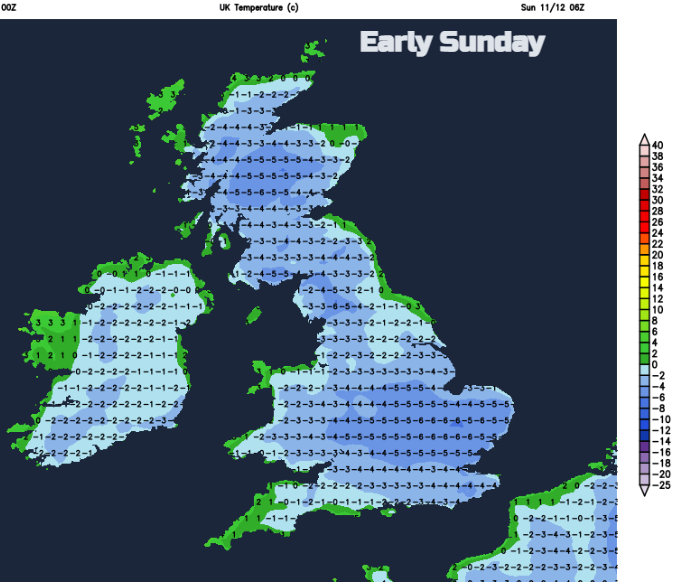 It’s hard to get the detail for the weekend, this far ahead. Some areas will see snow, which could cause short-lived disruption to travel or just give pretty flurries as showers pass by. Again, it will be cold with frost. As a low pressure moves over the North Sea, it looks to throw bands of heavy showers across Grampian and SE Scotland during Saturday night and then along the east coast of Britain on Sunday. This will give sleet and snow with a few more cms over the high ground of Yorkshire. There will be further wintry showers for the Scottish Islands.

Overall, another calm, cold day with bright or sunny spells, frost on the ground and a chill in the air. Will it snow?