A cooler weekend on the way

Next week will feel much colder but for the weekend there will be some fine weather once showery rain finally clears eastern areas. Cool by night and gales in the north to end the weekend. 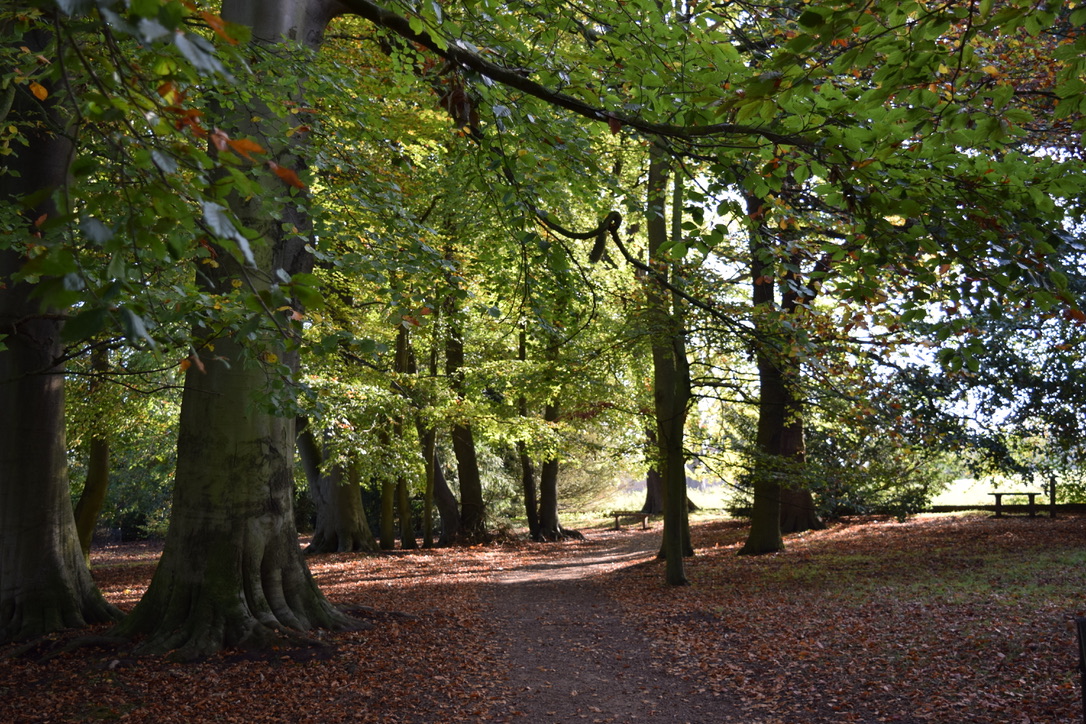 For the coming weekend, we have a large high pressure over the northern Atlantic which will bring a spell of settled weather but cold fronts will topple around the high. These move down through the UK, the first taking its time through Wednesday night, Thursday into Friday introducing cooler air from the northwest and reluctant to clear SE Britain even by Saturday morning.

This synoptic setup links back to Hurricane Fiona which will smash into eastern Canada this weekend, surely as an extratropical cyclone by then but this is helping the high pressure and steer the flow of colder polar air which follows another frontal band which will reach the far north of Britain to end the weekend. This front will bring much colder air to the UK with night-time frosts and wintry showers for early next week. 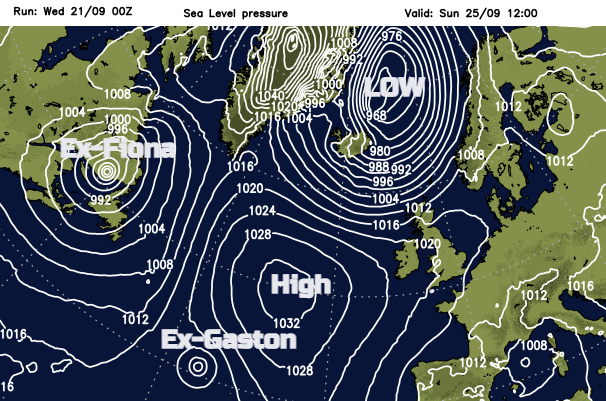 Before everyone gets excited that there will be some freakishly early lying snow, this is snow showers for the mountain tops and a chill in the air to lower levels. There is the possibility of wintry flurries in heavier rain showers in the north and over hills, passing by on a cold northwest wind.

The tops of the Cairngorm mountains did see a dusting of snow last week when it felt colder for everyone. Overnight temperatures fell well down into single figures and there was an air frost in a few places early on Saturday morning. For those out running, walking the dog or watching sports it was a chilly start to the weekend. This Saturday it will again feel cool and almost damp with mist in places where the winds are light, so away from southern Britain. 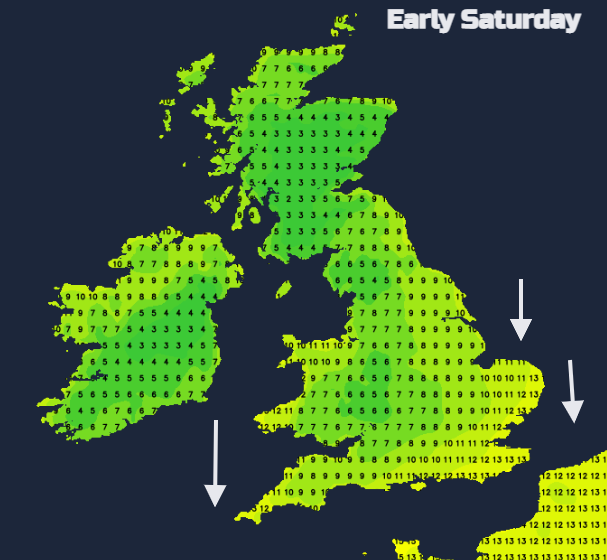 Friday ends with mixed conditions. There will be blustery showers and a cool feel to things in the northerly flow. This will be very light for eastern Britain but moderate for western coasts and make Friday evening seem cooler. South-eastern Britain is more likely to see rain with the frontal band trundling by but other parts of the UK keep a low risk of a rain shower but should see more bright, then clear, skies. The rain over East Anglia, London and SE England could be heavy at times and even thundery on Friday evening, so might impact busy roads and motorways.

It will feel cooler later this week with lower night-time temperatures. Edinburgh sees temperatures fall from 18C on Thursday to only 13C this weekend. Saturday looks brighter with hardly any breeze.  Belfast sees temperatures falling from 19C down to 14C by Sunday but with a lot of fair weather. York looks cooler on Saturday with more cloud and the risk of rain but just some showery outbreaks over northern England. 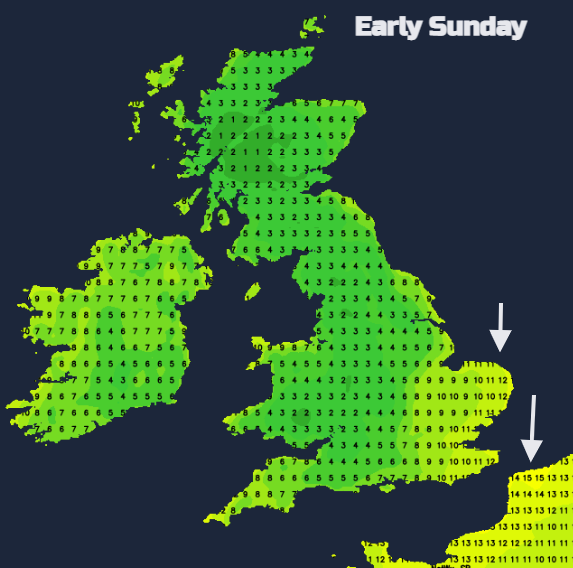 Cardiff has been warm this week in a southerly breeze and sunshine at 20C. There will still be warm sunny spells at the weekend with temperatures of 16 or 17C but cooler by night. The forecast for London is a little uncertain on Saturday morning but there should be more fine weather with sunny spells once the frontal blustery rain clears.

The deep low pressure moving north of Iceland will bring increasingly windy weather to northern Scotland. The models vary with their timings for the frontal rain from the northwest during the second half of Sunday. As this cold front plunges southwards, the colder air takes hold and so Sunday evening and overnight temperatures will drop further.

There are concerns that there will be gales, even severe gales for Highland, Grampian and the Islands and then strong winds for more of northern Britain and Northern Ireland through Sunday night. Then prepare yourself for Monday morning, you'll definitely need your coat. 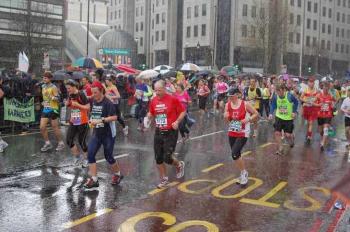 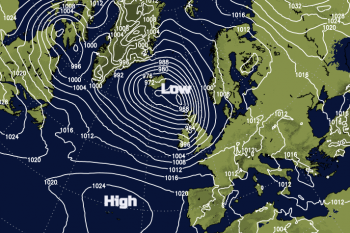 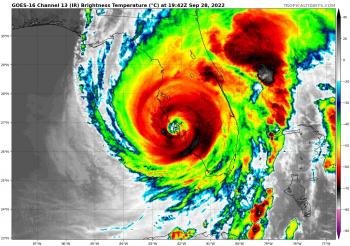 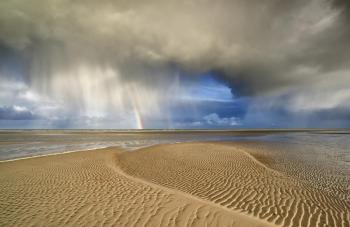