The UK is squeezed between low pressure over Scandinavia and high pressure in the Atlantic, bringing cool air down across the country. 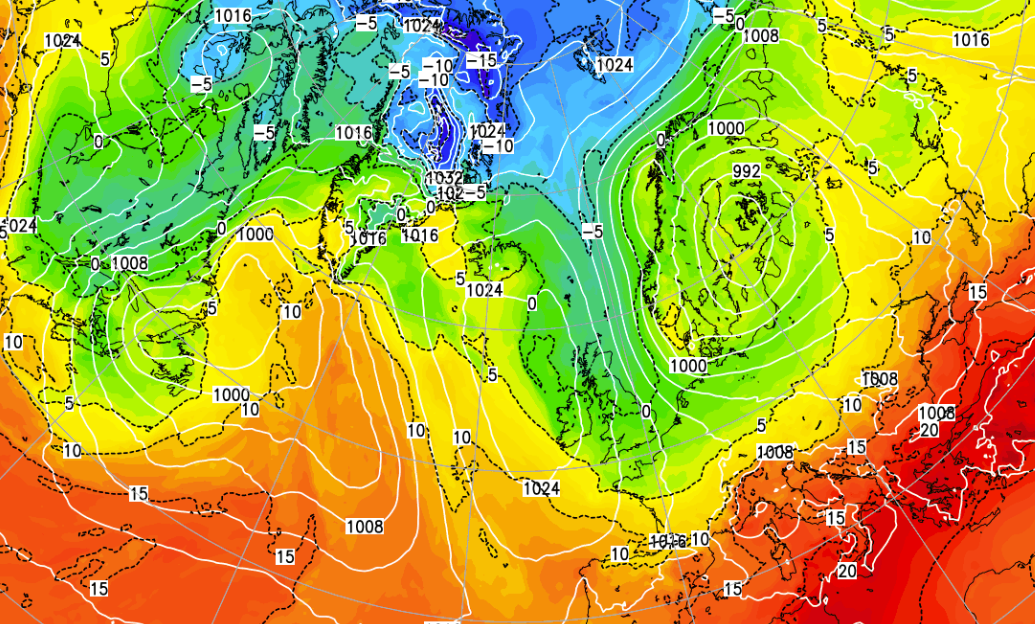 While cooler spells seem somewhat of a rarity at the moment, we can expect some chilly nights in the run-up to the Queen's state funeral. So people queueing overnight to see the Lying in State are advised to wrap up well and come prepared for the odd passing shower, although it will be predominantly dry. It'll even be cold enough over the next few nights for grass frosts in rural Scottish glens and also in vulnerable valleys further South.

Whilst there'll be a good deal of dry weather today, chilly winds of Arctic origin blowing between an anticyclone to the West and low pressure on the nearby continent will generate showers. 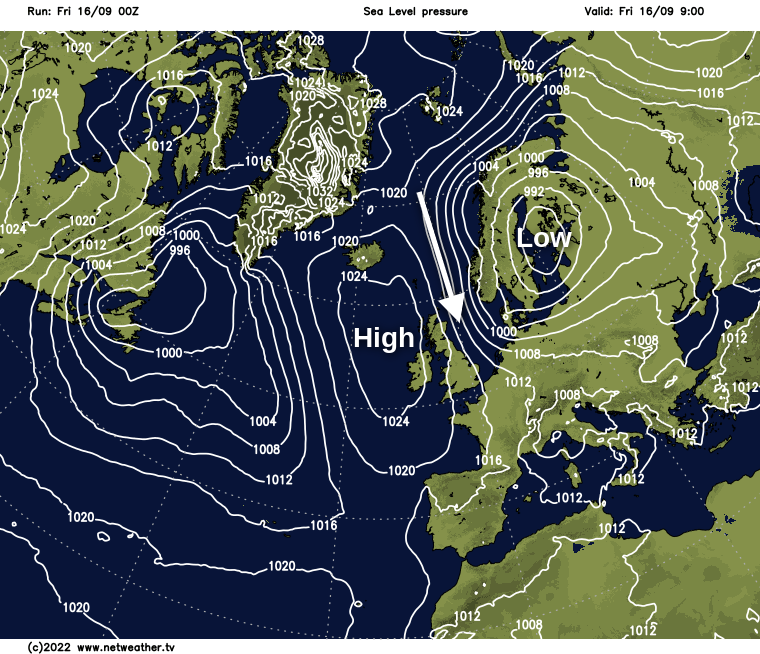 We already have some towards North Sea coasts and over North and East Scotland, where a few are quite sharp, giving small hail. North facing shores of Northern Ireland may also be affected, with a few coming through the 'Cheshire Gap' to affect parts of East Wales and the West Midlands through the day.

Elsewhere any showers will be well scattered, with most places seeing a fair amount of sunshine once patchy stratiform cloud has cleared from central parts. Although feeling pleasant in the sun, a North or North Westerly wind will be blustery towards North Sea coasts, where some strong gusts are possible for a while. As a result, it'll be on the cool side for mid-September, with top temperatures only 11 to 14C in the North and North East and 16 to 18C towards the South and South West.

The North and East continue to see scattered showers into the evening and after dark, as will coasts exposed to the North and probably parts of the West Midlands. Elsewhere clear spells and lighter breezes allow it to turn chilly. Cold enough by dawn for a grass frost in rural glens of Scotland and even in vulnerable valleys as far South as the Welsh marshes, where temperatures locally could fall as low as 1 to 3C. But for most, 5 to 8C is more likely, with exposed coasts, although not feeling so, remaining relatively mild. 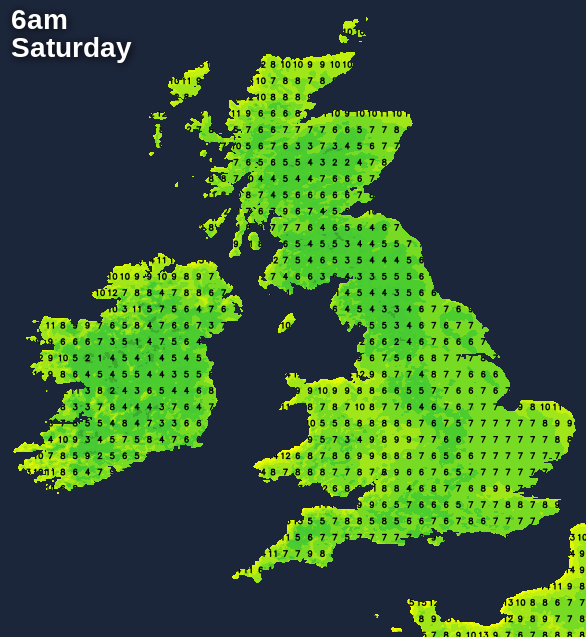 Saturday will be similar, with the North and North East of Scotland and places towards North Sea coasts seeing a further scattering of showers. Elsewhere, after a chilly start, it'll be mainly dry, with a fair amount of sunshine again. A North West or North wind shouldn't be quite so blustery but will continue to feel chilly. Temperatures in the North and North East get no higher than 11 to 14C again, while most other places reach 16 to 18C, with 19C possible in the sunnier parts of the West and South where you have shelter.

With clearing skies, lighter winds and only the odd shower along North Sea coasts, it'll generally turn quite cold after dark. Sheltered rural valleys from the Midlands northward see another grass frost as temperatures across the country fall to between 1 and 7C. Near dawn, a few mist or fog patches may also form in rural areas.

After a chilly start, Sunday should be fine and dry, apart from the odd shower towards the East coast. Monday sees high pressure taking over, so the weather for the Queen's state funeral looks fine and dry in mostly light winds. It should also be a little warmer, with the only rain probably across the far North West of Scotland.