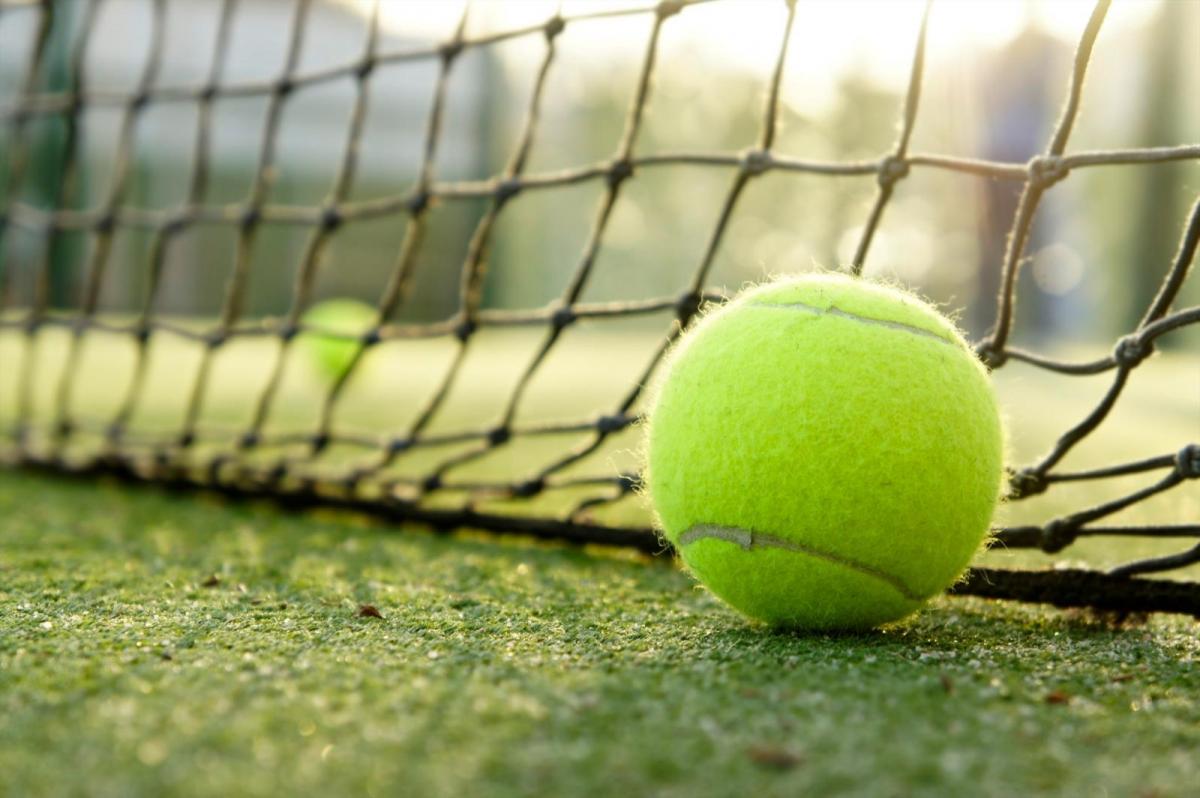 There will be a lot of fine, dry and warmer weather for week two of Wimbledon. Showers pestered Greater London last week with the roofs and covers being off and on each day. Although still with a good deal of fabulous play and play on the middle Sunday.

High pressure is trying to build in from the Atlantic, allowing settled, bright conditions to take hold. Temperatures have already been around 21 to 23C and could reach 28C (maybe higher) by finals weekend.

Wednesday looks a bit blustery with more cloud. In the fine weather, pollen levels remain high with high UV too. At times there will be strong sunshine but at others thicker cloud cover. The air is flowing around the top of the high over the north Atlantic pushing showers into the far NW of the UK, so not troubling London at all. And yet areas of cloud will manage to pull down through Britain and be added to at night. So not a completely sunny picture but still fine and importantly dry.

The amount of cloud cover will affect the maximum temperatures. Tuesday with more cloud is likely to stick around 21C, 70F but by midweek creeping up to 24C and then at the weekend possibly reaching 28c which is 82F. 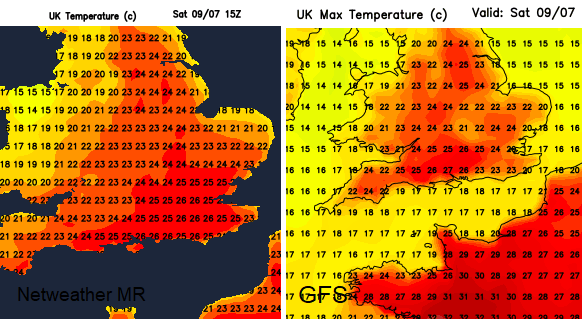 If it gets too hot there are concerns for the players, officials and spectators within the show courts and on the outside ones. It takes quite a lot for play to be suspended but there is a Heat Rule that can allow breaks.

The heat rule was introduced in 1992 and is in use at all WTA events throughout the year. It has been used at Wimbledon, notably in 2006 when the UK saw its then highest UK temperature in July of 35.7 °C. Also, the heat of summer 2015 but only applying to females. More recently it was announced in 2019 that the heat rule would be expanded to all singles events: gentlemen’s, ladies’, juniors, wheelchair and qualifying. It will not apply to doubles.

The Heat Rule at Wimbledon and other WTA tournaments uses a heat stress index. This encompasses the air temperature in the shade, the humidity, the surface temperatures. Wind speed is also included at some locations. Heat Stress monitors around the venue record the data and 30.1 degrees Celsius on this index is key.

Tennis grand slams can be intense physical workouts at any time, last for hours under the summer sun. One side of Centre court can be in shade whilst spectators on the other side swelter in direct sunshine. There are the ball boys and girls and the line judges who can also be affected. The All England Club advise spectators to drink plenty of water, wear hats and use sun cream if they are attending.

The heat Rule at Wimbledon allows a ten minute breaks to be taken after the second (out of 3) or third (out of 5) set when the heat stress index reaches 30.1 degrees C. The readings are taken 30 minutes before the start of play, which for the show courts would be around 1pm this year and then at 2pm and 5pm. It does not apply to matches played under the roof as they are air conditioned.

There are similar rules at the Olympics which listed what the players could do in the 10 minute break. Go to the bathroom, have a shower, change their outfit or get something to eat or drink. They cannot use it for medical reasons, get any coaching or look on their phones. So, ten minutes and then back on court.

The US Open used the Heat Rule in 2018 and the Australian Open has been severely affected by heat, so much so they have created a new scale. In 2018 there was controversy when play was not suspended but the air temperature was up to 39C. At the time Tennis Australia’s policy was that play would only be suspended at the referee’s discretion if air temperatures exceeded 40C.

The new scale came in for 2019, with climate change adding to the likelihood of intense heat and sometimes bushfire smoke affecting the event. The new scale runs from 1 to 5. At 4, the Open tournament referee has the ability to offer extended breaks between sets, while at 5, play would be suspended.

For Wimbledon this week such heat does not look to be a problem for Monday to Friday. By the weekend SW19 might see temperatures reaching 30C (86F) which although will be very warm with strong sunshine, shouldn’t be enough to invoke the Heat Rule for Wimbledon 2022. A week later and it might have been a different story.  The fine, dry weather will be well received throughout week two.