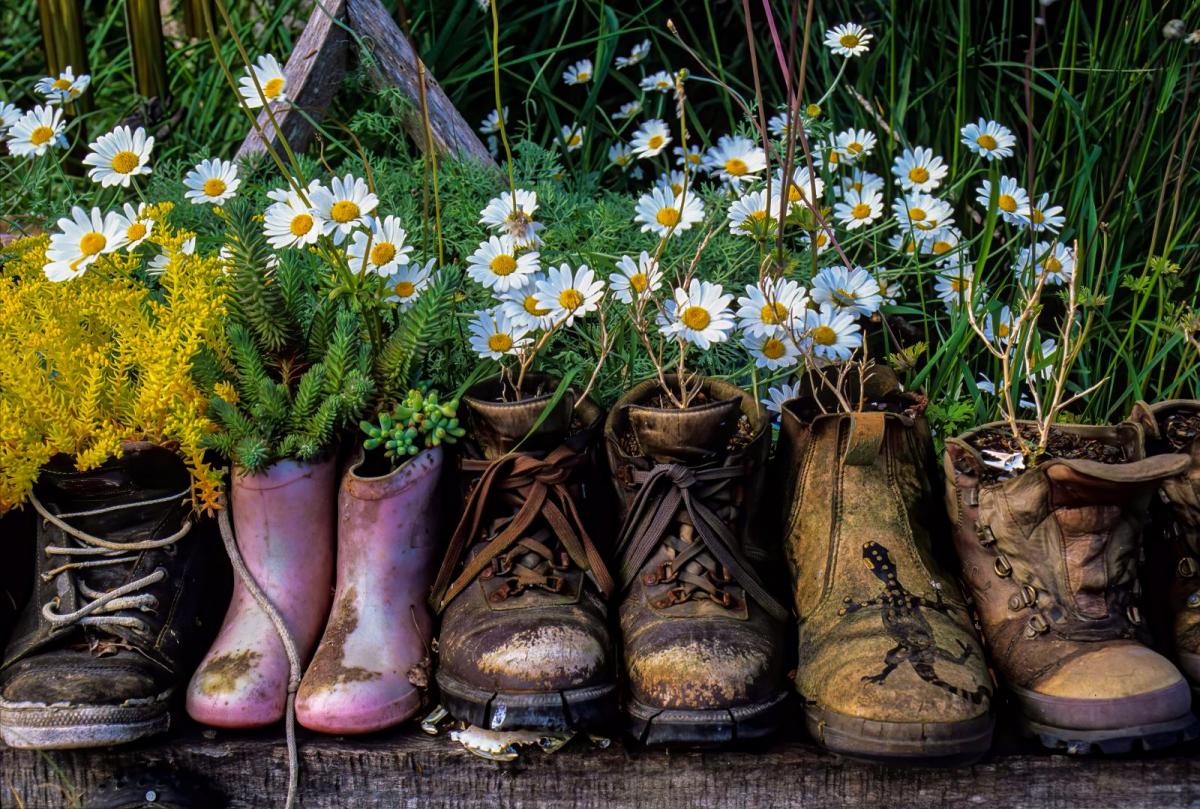 Weekend Forecast: Slight improvements for the first weekend of July

While there'll be showers moving in from the West on Saturday, it won't be a washout by any means. Sunday is likely to produce the better, brighter weather this coming weekend, as pressure rises steadily from the South. But in the meantime, we have low pressure in charge.

Midweek one depression to the North West of Scotland has been producing plenty of showers, particularly in the West. Some heavy, giving local hail, thunder and gusty winds. Thursday again sees downpours but the showers will be slower moving and therefore could be lengthy. And still more showers on Friday but with longer bright or sunny spells. 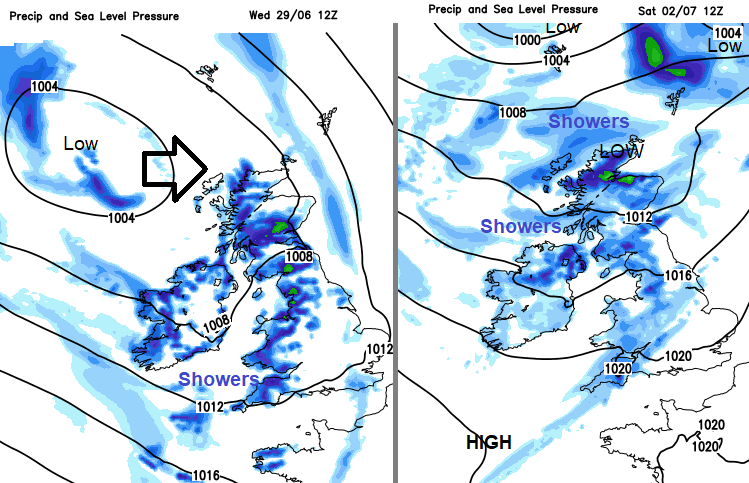 That first low pressure eases away through Friday so more chance of seeing dry weather rather than a shower for western and southern Britain by the evening. There will be a light Westerly wind and temperatures around 15 to 22C on Friday. They move up a notch at the weekend, maybe into the mid-20s Celsius for eastern or SE Britain. The sunshine will be strong and warm but no hot spell for this weekend. 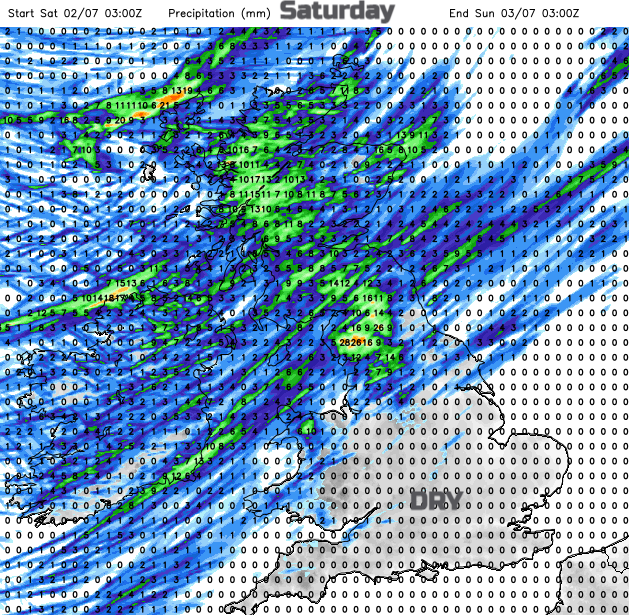 As we enter the weekend another low pressure moves in off the Atlantic. We see a brief spell of rain or showers moving from West to East across the country on Saturday, but with a fair amount of dry, bright weather in between. Nevertheless, the Mardi Gras Festival at Roundhay Leeds is likely to see some rain for a time, with showers too likely to affect the tennis at Wimbledon for a time in a somewhat cooler, fresher day for most.

The showers melt away into the evening but if you're fancying a barbecue, it may feel a little chilly in the wind. Saturday will see a moderate South West wind which eases overnight. Temperatures then fall well down into single figures under clear skies. 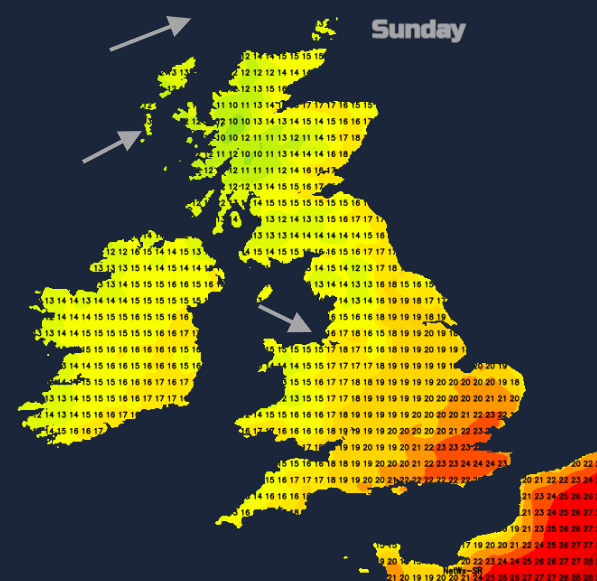 Sunday should be the better day, although the Northeast of Britain will continue to see showers. But for most, it'll become fine as pressure rises with some warm sunny spells across central and southern parts. Don't expect clear blue skies though as cloud amounts will vary but nevertheless, it should be ideal for the appearance of the Rolling Stones at the B.S.T. Festival in Hyde Park and not too hot for the players at the Wimbledon championships.

Other events further North and West should also have a reasonable day in mostly light or moderate breezes from the West or North West. Temperatures in central, southern and most eastern parts should reach warm or very warm 21 to 24C, but with 14 to 18C more likely further North.

So, all in all once Saturday is out of the way, there should be enough agreeable weather, particularly on Sunday for us all to enjoy.