The weather, for most, is currently dry and settled with high pressure. It's sunny in the south, but with a fair amount of cloud in some northern and eastern parts of the UK. But from tomorrow, it turns cool and showery with a northerly outbreak, followed by milder temperatures and lighter winds towards midweek as low pressure slowly fills over the north of the UK. 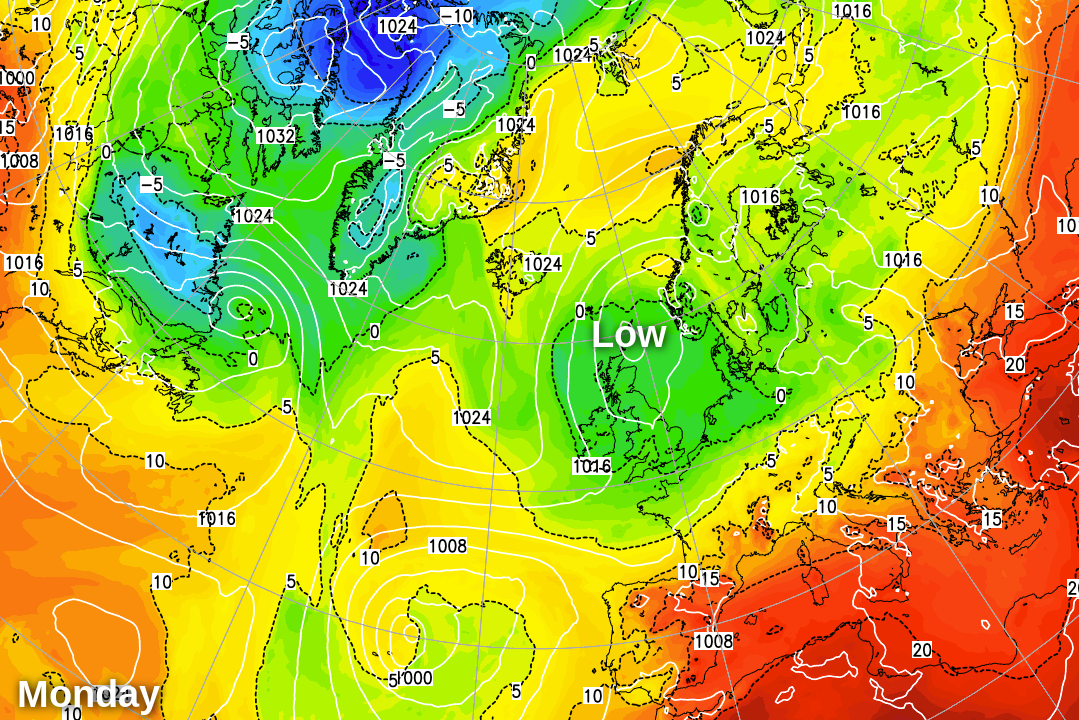 Today, most of Wales and Northern Ireland will become clear and sunny after a fairly cloudy start in some places. It will remain clear and sunny throughout the day in most parts of south-west England. Elsewhere there will tend to be broken cloud cover and some sunny intervals. After a clear sunny start in south-east England, this cloudier weather will spread in from the north. Most places will have a dry day, but there will be some showers in north-east Scotland, and some isolated showers will develop elsewhere in the afternoon.

With a northerly airstream setting in, it will be rather cool in Scotland and Northern Ireland, where temperatures will typically reach between 12 and 15C. Parts of southern and south-western England will reach 18 or 19C. 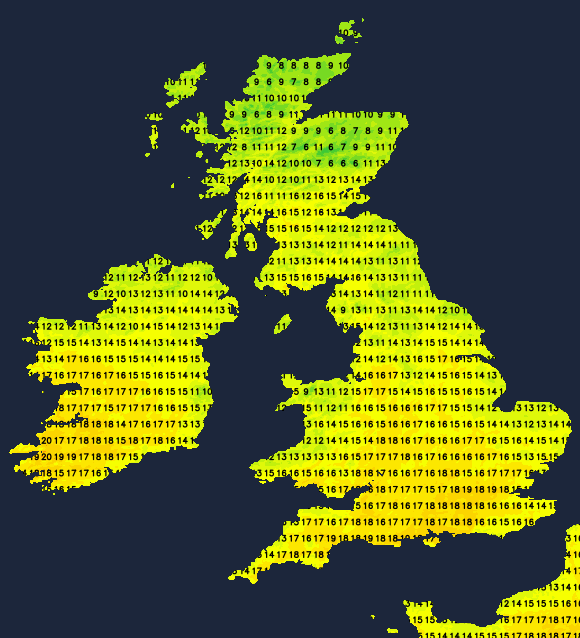 Where skies clear overnight, it will be chilly with temperatures falling to around 3 to 5C in places, but temperatures will hold up higher around coasts and where we see more cloud and showers. Some showers will develop through the Cheshire Gap and near the east coast of England.

It will be generally cooler tomorrow with northerly winds and broken cloud cover, with some sunny intervals and scattered, mainly light, showers. Northern and eastern Scotland will be cloudy, but much of western Scotland will have a dry sunny day. Showers could turn up anywhere, but many places will again have a dry day, and showers will die away during the evening. Temperatures will mostly reach highs of between 12 and 15C but highs of 17 or 18C are possible in sheltered southern areas. 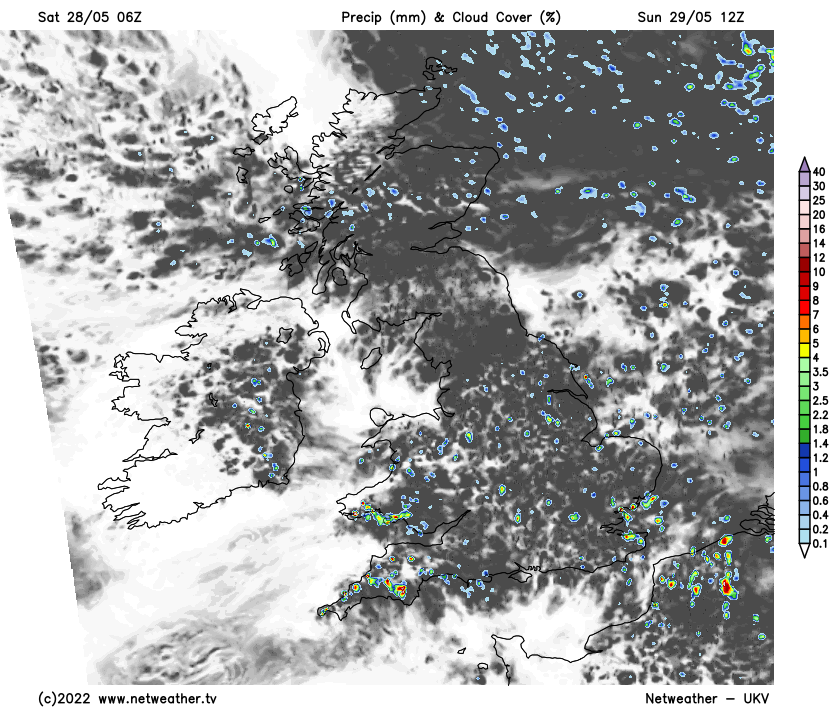 Sunday night into Monday will be mostly dry with winds easing off, and again on the cool side, with many places falling to between 3 and 6C.

Monday through to Wednesday looks set to continue cool and showery with slackening winds as a weak area of low pressure establishes over the north of Britain. On Tuesday and Wednesday some of the showers may be heavy and thundery, particularly in the east of Britain. There will generally be plenty of sunshine in between the showers in western and southern counties, but it will be cloudier towards the north-east of Britain.

Temperatures will remain on the cool side overnight, particularly where skies clear, but they will tend to recover during the daytime. By Tuesday and Wednesday, it looks likely that we will be seeing highs of 20 or 21C in the south-east of England, which is about what we would normally expect at this time of the year.

There is a lot of uncertainty over the weather into the Jubilee long weekend. There are signs that high pressure will build from the north-west, but at the same time low pressure will develop to the south, which could send some bands of rain in from the south-west, especially into southern parts of Britain.