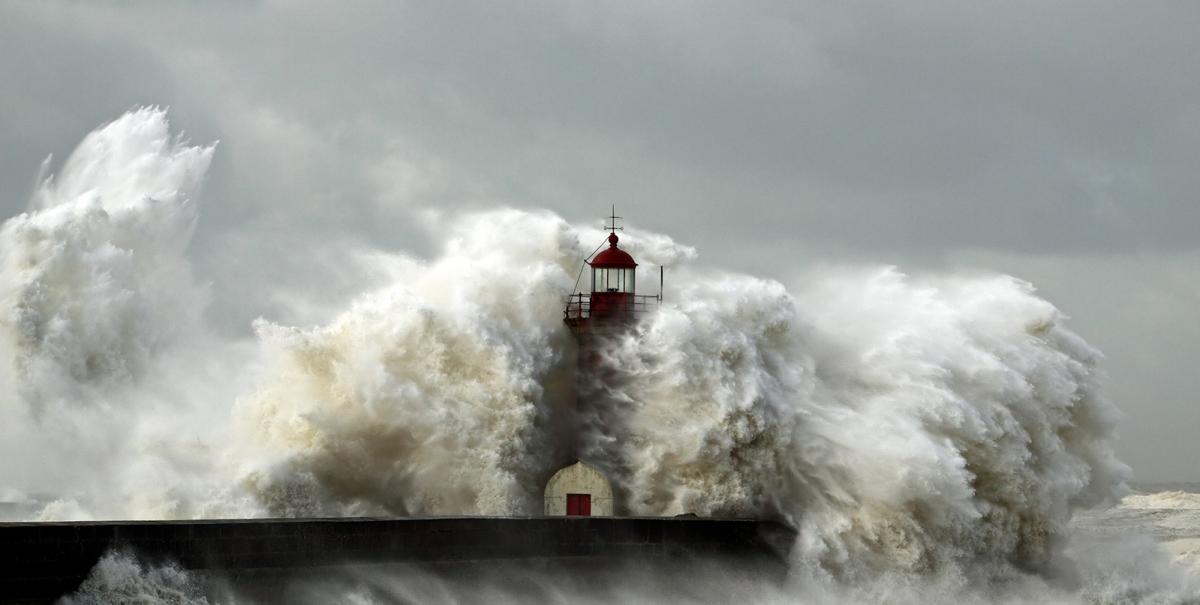 Ten days after Storm Arwen hit the north of Britain another named storm is set to batter UK and Ireland on Tuesday.

Named Storm Barra by Met Eireann rather than the Met Office this time, as the impacts of this intense Atlantic depression will be higher across the Republic of Ireland. But there will still be impacts from wind and snow for parts of the U.K too.

The low deepening into Storm Barra has humble beginnings that can be traced back to southern Canada late last week. A fairly innocuous low moving southeast across Manitoba and Ontario last Friday, bringing some snow here and the northern Great Lakes, joined another low emerging out of North Carolina off the Eastern Seaboard by early Sunday. The low then tracked east over the Atlantic this weekend - carried by the strong jet stream. But because it’s been on the warm side of the jet stream up until this afternoon, the low hasn’t really deepened.

The T+00 fax chart for noon today shows the low that will deepen into Storm Barra still fairly shallow mid-Atlantic: 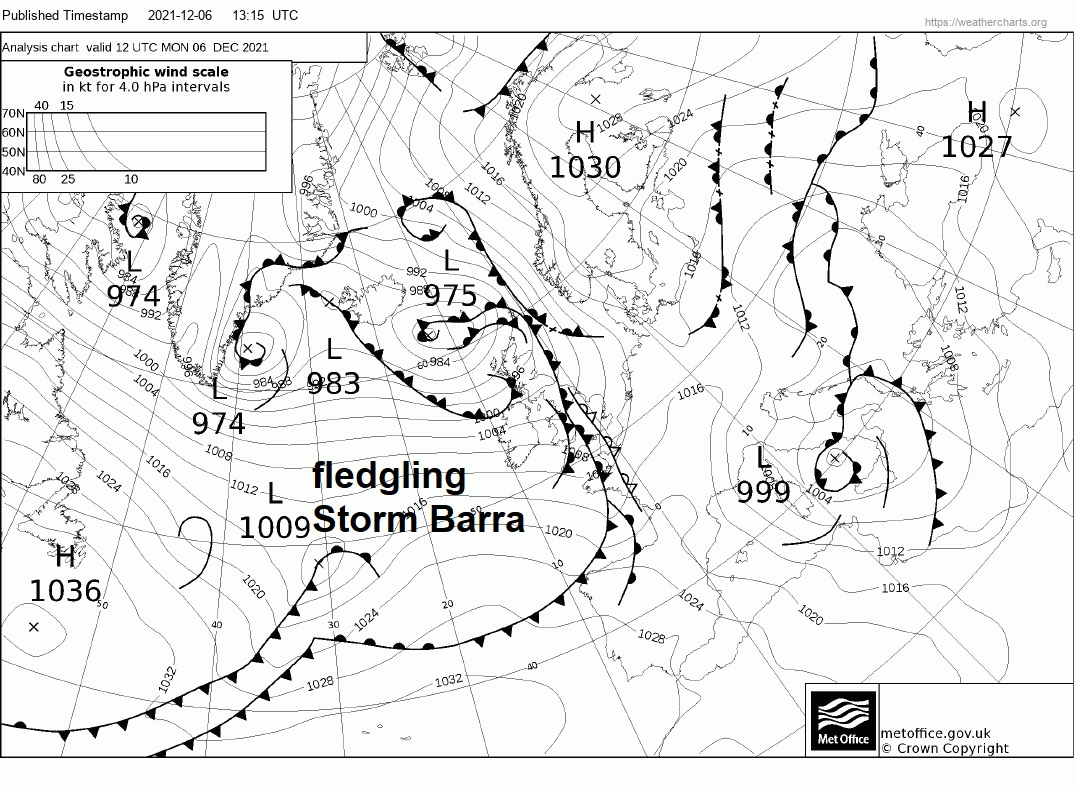 However, as the low moves on to the cold side of the jet stream this evening and also engages with a sharpening short-wave trough moving out of NE Canada catching up the low, so the environment will become favourable for rapid deepening of the low over the next 24 hours.

The shortwave trough in the jet stream, mentioned above, is a region of enhanced cyclonic vorticity advection. So as the trough and its associated cyclonic flow move over low, it induces deepening, this further enhanced when the low and its warm air advection moves under the cold side of the jet where dry lower stratospheric air descends and increases instability at the surface.  The deepening process also aided by upper-level divergence in the right entrance or left exit regions of a jet streak (wind maximum) in the jet stream. Upper-level divergence causes air to rise from the surface to fill the void – so lowering pressure at the surface. 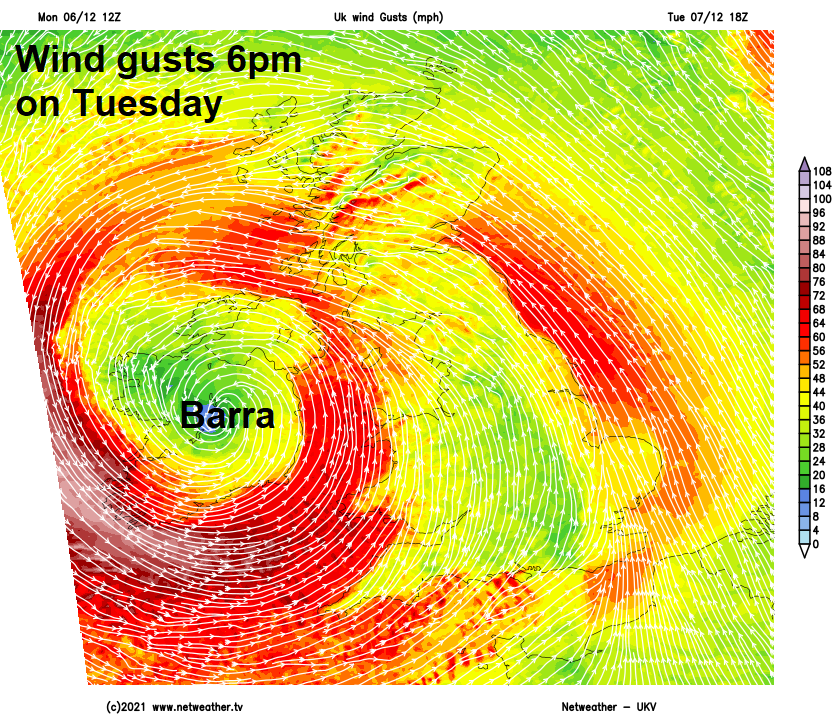 The west of Ireland will receive the worst impacts of Storm Barra on Tuesday, as the centre of the deep low approaches the west coast from the west.

A red wind warning is now in place for Cork and Kerry. Mean wind speeds in excess of 50mph, with gusts in excess of 80mph forecast in these areas.

Due to the combination of high winds, storm surge and high tides, spring tides peaking today, coastal flooding is likely. Wind damage, disruption to power supplies and travel will be widespread in the red and orange warning areas.

Met Office yellow wind warnings have been put in force across England, Wales, Northern Ireland, eastern and southwest Scotland. Warnings valid between Tuesday 9am until midnight. One general widespread area for England and Wales for gusts of 45-55mph inland, 55-65mph around coasts. A separate warning for southern and western coasts – with gusts of 70-80mph possible. Another separate yellow warning for Northern Ireland for wind and rain, gusts of 65-75mph in coastal locations.

But it’s not just the high wind impacts of Storm Barra, snow is expected over higher ground of Scotland and NW England from the occluded frontal system moving east ahead of Storm Barra bringing a band of heavy rain eastwards. As it bumps into the cold air across the north it looks to turn to snow, settling mostly over high ground above 200m, though some wet snow may fall to lower levels for a time too. The Met Office have a yellow warning in force between Tuesday 11am and midnight.

With these strong winds and also the addition of snow into the mix – it’s not going to make it easy for those trying to reconnect those still without power 10 days after Storm Arwen struck the north.