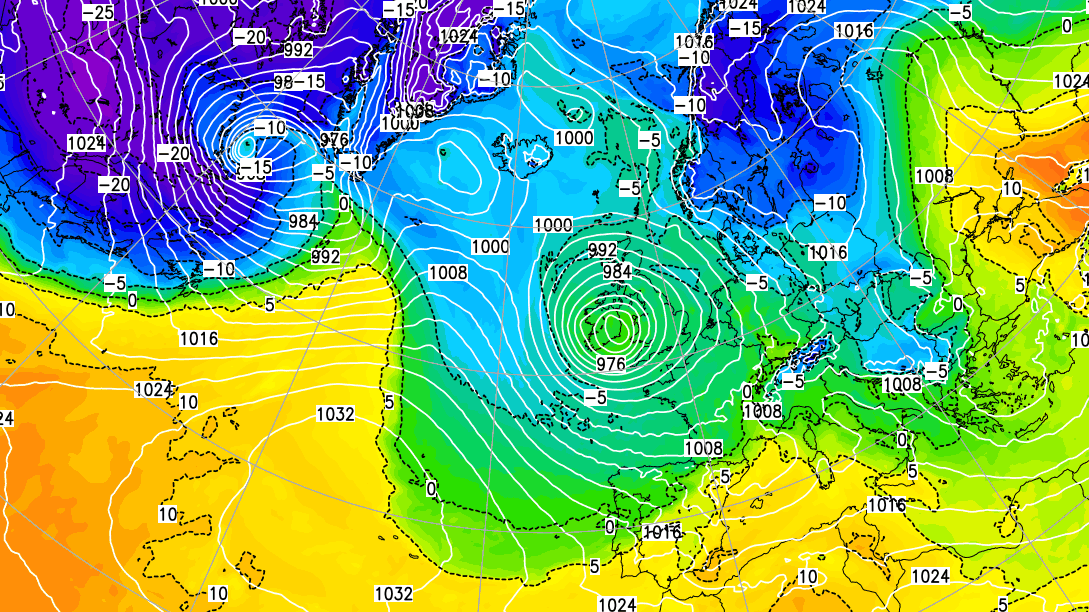 A lively week of weather coming up - including Storm Barra

We're going to see some lively weather into the coming week, with a vigorous and deep low approaching from the West on Tuesday, which has now been named as Storm Barra. In the meantime, the rather cold, very unsettled, sometimes windy weather continues. 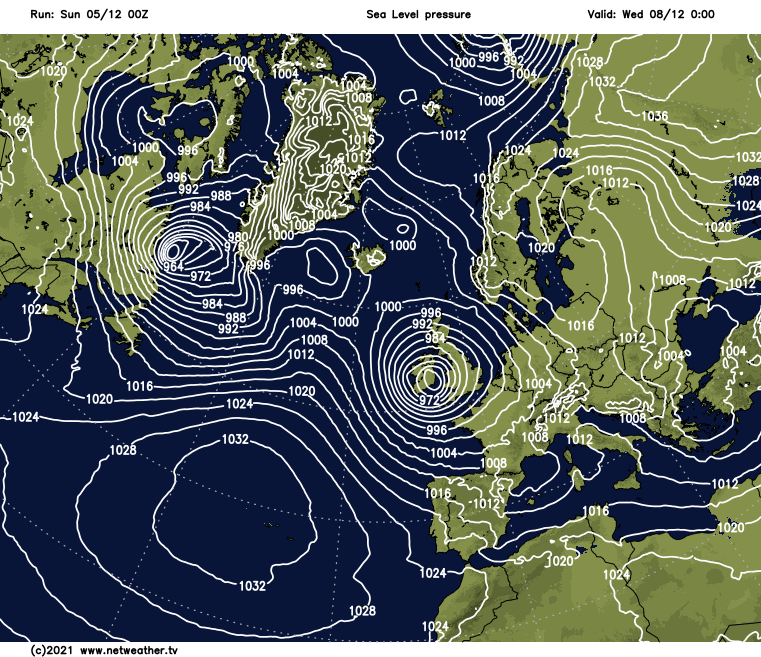 Today, a depression across the Netherlands is bringing raw North Easterly winds into central and eastern parts where we have showery rain, which is wintry on hills. There'll be heavier bursts, but the showers will become lighter and fewer through the morning, allowing skies to brighten. There's a lot of cloud across the country at the moment, but it's brighter in the West, with fewer showers here. These will fade, leaving sunny spells, with the best of these today over Scotland, Northern Ireland, and the West.

A blustery and cold North East or northerly wind will give gale force over exposed coasts and hills in the East, to begin with, before decreasing towards dusk. After a slight frost at first over parts of Scotland, it'll feel raw in the wind, especially at first, with top temperatures nationwide 6 to 9C locally, perhaps 10C in the South West.

Most parts have a dry evening with a lull giving clearer skies. This'll briefly allow a slight frost to form in places as temperatures fall mostly to between about zero and +3C, before a southerly wind freshens in the West. This'll bring rain to Northern Ireland overnight and other western areas by dawn. Elsewhere, it'll stay dry, but there'll be a slow rise in temperature towards morning with increasing cloud.

After perhaps a bright but cold start in the East, the new working week sees a spell of showery locally heavy rain crossing all parts from the West. This'll be preceded by snow over parts of Scotland, even at lower levels and also on hills further South. But brighter weather giving sunny intervals and scattered showers wintry on hills soon move into Northern Ireland, spreading to most western parts before the day is out. A blustery southerly wind 'veers' South Westerly in the clearer weather but continues to feel quite raw, with temperatures generally getting no higher than 5 to 8C.

Any rain in the East soon moves away, but there'll continue to be a scattering of showers for a while after dusk. These'll be wintry in places giving mostly hill snow before a weak transient ridge settles things down overnight. As skies clear and winds become light, there'll be another slight frost, especially in rural areas, with the lowest temperatures mainly in the range of -2 to +3C. But towards morning, the South West and much Ireland will be seeing the first signs of that approaching storm, in the form of a freshening South East wind and increasing amounts of cloud.

The remainder of the week then remains unsettled and windy at times, with further spells of rain or showers between brief drier, brighter intervals. Temperatures will generally stay on the cold side, with further slight night frosts occasionally.