Winter is here, meteorologically speaking as the months of December, January and February are used for weather statistics. Also, the Netweather Winter forecast is out. This year, written by Nick Finnis, a technical look at the various climate drivers which could influence this season.

It’s also going to turn colder and there is a bit of snow in the forecast for the next few days. 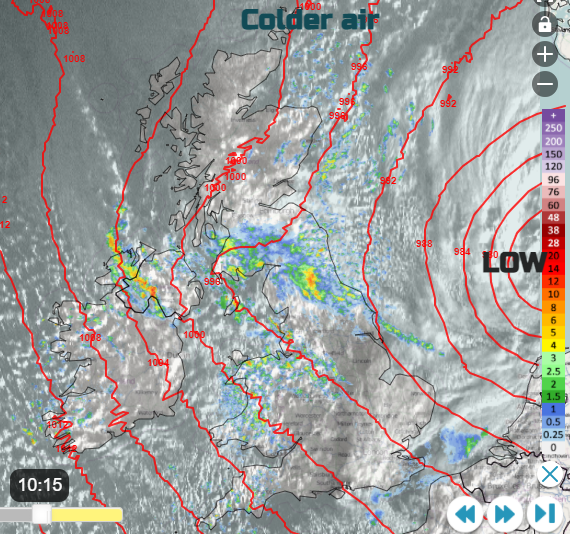 Last night’s low pressure which brought strong winds and gusts over 50mph to Wales, the Isle of Man and England continued to deepen over the North Sea. Germany has amber and red warnings for high winds and has named Storm Daniel, locally. Denmark and southern Sweden have amber warnings for snowstorms from the same low. In the blustery flow over Britain, there will be further downpours with hail showers possible as the wind veers to the north. 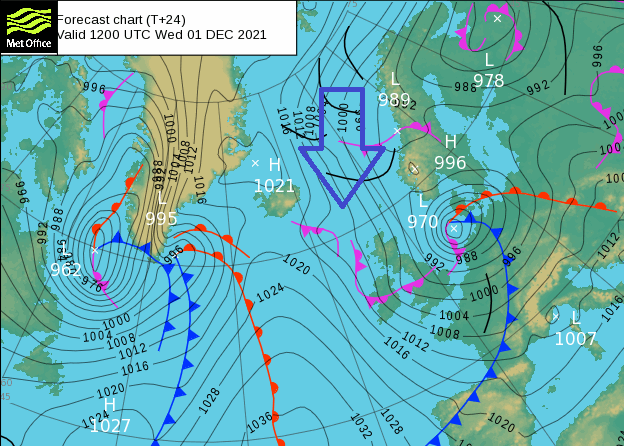 For the UK, a colder airflow follows. Digging down from the Arctic right through western Europe as the jetstream buckles. The low pressure shifts towards the Baltic Sea, the Azores high is in place and the cold northerly wind will bring some snow showers. By Thursday night a frontal system will be toppling in from the Atlantic with another low pressure for Saturday. It’s all quite active and mobile. 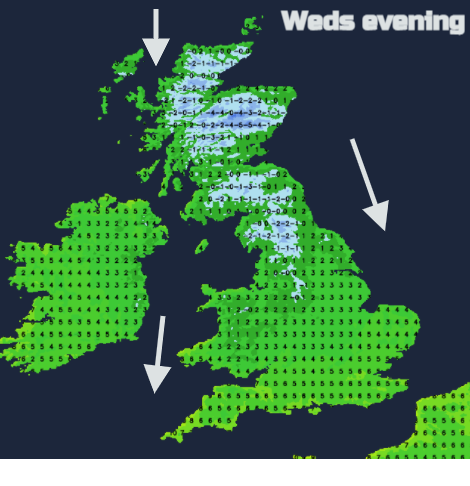 There has been heavy rain and gusty winds but it was so mild on Tuesday. Widely into double figures with places seeing 12C and Cheshire reached 14.2C. Not bad for the end of November. December is having none of that. Temperatures today will be 7 to 9C as the cold wind picks up. Windy for North Sea coasts this evening. Down to freezing tonight with a widespread frost and then barely 3 to 6C on Thursday but with lighter winds. Ice will be an issue for the next two nights. 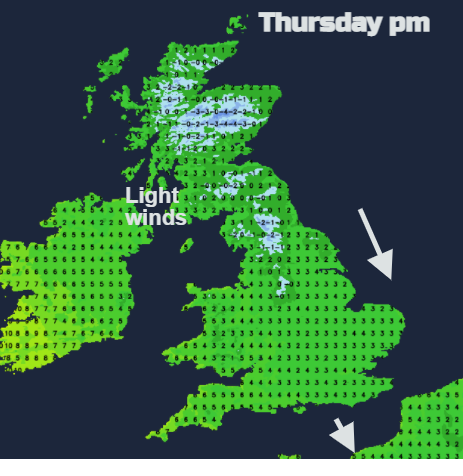 There will be some snow showers in this cold flow. For northern Scotland, the most prone area but also Wales, the North York Moors. Early Thursday perhaps clipping Norfolk and near Berwick. The wintry mix showers continue for a time on Thursday morning with a cold wind. But as pressure rises through the day, it becomes drier.

By Thursday evening a milder southerly wind will be picking up for coastal NW Scotland with frontal cloud and precipitation arriving.

This looks to be mostly falling as rain as it moves eastwards across the UK early on Friday. There will be some snow over the hills.

Still unsettled with blustery cold winds, showers with wintry bits and a frost with ice overnight. Sunday looks more settled before another Altnatic low rushes in by Monday.